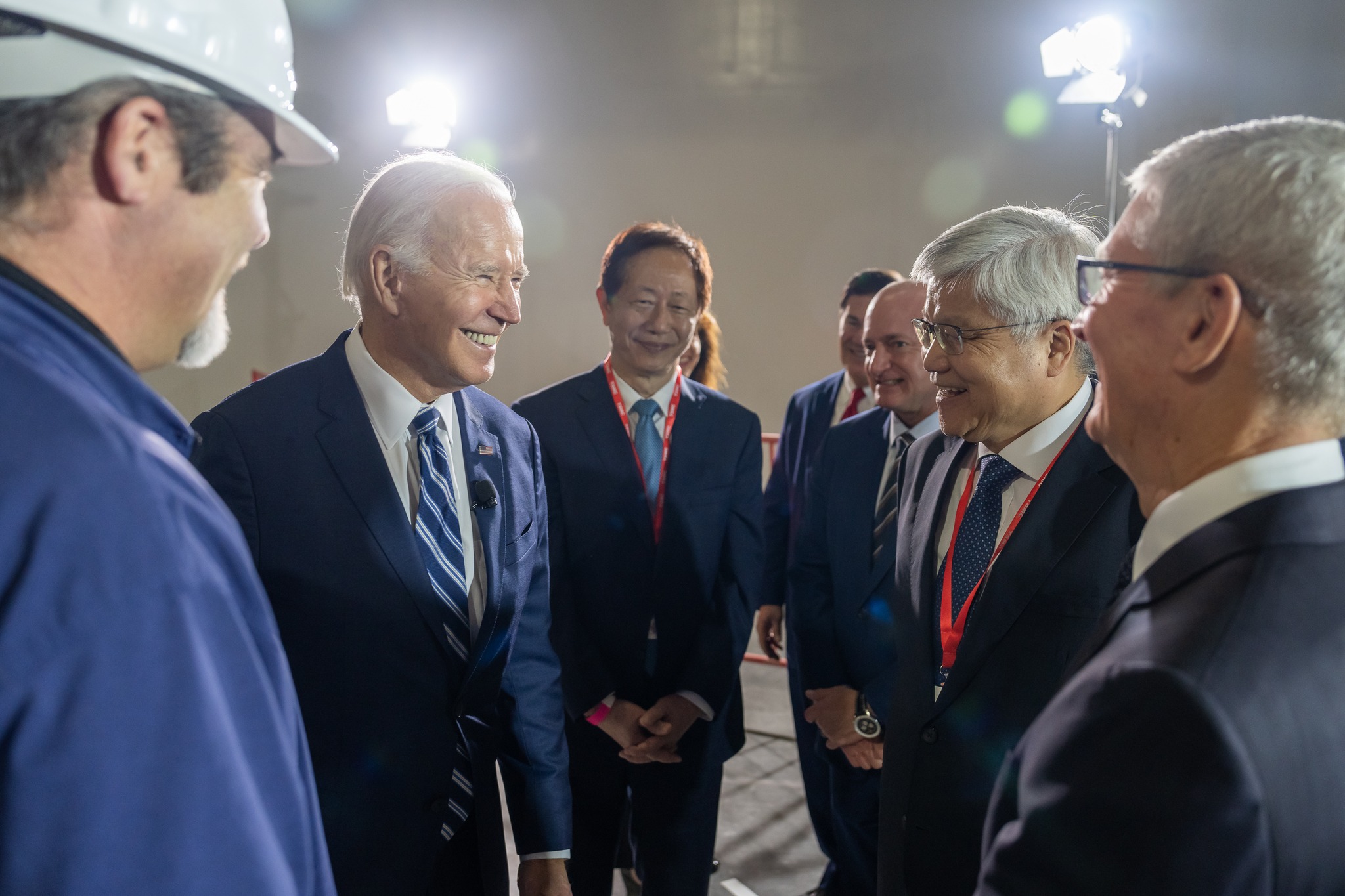 Attorney General-elect Kris Mayes (D) retained her lead over Abe Hamadeh (R) “in a recount in one of the tightest races ever in Arizona history, but her winning margin narrowed significantly in results announced Thursday morning,” the Arizona Republic reports.

“Mayes was certified the winner with 280 more votes than Hamadeh, but an attorney for the defeated candidate said they were weighing legal options.”

Longleaf Politics: “As Lt. Gov. Mark Robinson (R) continues to lay the groundwork for a 2024 run for governor, his campaign is signaling that it will take an unprecedented amount of money to win.”

“In a fundraising email, the Robinson campaign said it expects $100 million to be spent on the race — which would be a North Carolina record by a long shot. ‘I’ve been told that the Governor’s race will be the most expensive we have ever seen,’ the email states, asking recipients to chip in.”

Cook Political Report: “According to Rutgers University’s Center for American Women and Politics, a dozen women will now be serving as governor, making up nearly a quarter of all state executives.”

“That breaks the previous record of nine, first set after the 2004 election. That was also the number of women governors heading into this midterm cycle, representing a gain of three. The breakdown includes eight Democrats and four Republicans.”

New York Times: “A Who’s Who of American politics has said recently, when pressed if they would run for federal office in 2024, that they would hash it out with family members during the next two weeks. Democrat or Republican, whether testing a bid for Senate or aspiring to the White House, politicians have deflected, when asked if they’re jumping into a race, by resorting to nearly identical language.”

“An increasingly sour relationship between former President Trump, Fox News and the rest of Rupert Murdoch’s media empire that has been building for months has come to a head in the weeks following the midterm elections,” The Hill reports.

“It is a rift that is being watched closely in political and media circles given the power of Fox News and other media entities owned by Murdoch in potentially shaping the race for the GOP presidential nomination in 2024.”

“Since former President Donald Trump’s narrow victory in 2016, the Republican Party has suffered at the ballot box every two years, from the loss of the House in 2018 to the loss of the White House and Senate in 2020 to this year’s history-defying midterm disappointments,” the New York Times reports.

“Many in the party have now found a scapegoat for the G.O.P.’s struggles who is not named Trump: the chairwoman of the Republican National Committee, Ronna McDaniel.”

“But as Ms. McDaniel struggles for a fourth term at the party’s helm, her re-election fight before the clubby 168 members of the Republican National Committee next month may be diverting G.O.P. leaders from any serious consideration of the thornier problems facing the party heading into the 2024 presidential campaign.”

LZ Granderson of The Los Angeles Times wonders if Arizona’s Democratic Governor-Elect Katie Hobbs can continue to hold her coalition together in order to further marginalize Trumpism.

“At nearly 35%, a plurality of voters in Arizona are registered Republicans, but at 34%, independents do not trail by much. Democrats are third (31%), which is one of the reasons Sen. Kyrsten Sinema left the party. Like her “personal hero” the late Sen. John McCain, Sinema fancies herself a maverick. However, unlike McCain, her unpredictable moves in Washington have made Sinema unpopular at home, a reflection of toxic tribalism and her political miscalculations.

Which brings me back to Hobbs, who managed to win the state’s highest office despite being dogged by allegations of racism stemming from the 2015 firing of Talonya Adams, a Black woman who was working for the state Senate when Hobbs led the chamber’s Democrats. Adams said she’d been unfairly discriminated against after complaining about pay disparity between herself and white male colleagues. She won in court twice, and the case was repeatedly brought up by Lake during the campaign this year. Hobbs apologized for her handling of the situation, but it wasn’t well received by all.”

Joshua Spivak: “More than 100 public officials across the United States faced the impact of recall elections year, a return to normalcy after two consecutive years in which the coronavirus pandemic inspired a huge number of recall efforts across the nation, but a drop in actual results.”

“Voters in 21 states used the recall against 108 public officials this year… Eighty-six of those officials faced recall elections, and voters gave 50 their walking papers. Just 36 survived.”

“Another 18 didn’t even wait for recalls to force them back onto the ballot. Those officials resigned before they had to face voters again.”

“A crowded 2024 Senate primary is already brewing deep in the heart of Trump country,” Politico reports.

“In a state with a deep and restless bench of ambitious GOP politicians, a half-dozen of them are weighing a shot at a coveted seat being vacated by Republican Sen. Mike Braun as he runs for governor. The roster of candidates spans the GOP’s ideological spectrum at a time when significant numbers of Republican voters here appear to be souring on the former president.”

“Republicans are recalibrating their messaging on abortion after Democrats successfully used the issue to galvanize their base and win over swing voters in 2022,” The Hill reports.

Just 38% of independent voters backed Republicans in their nine-seat gain in the House — compared to the 51% won by Democrats in 2018 when they gained 40 seats.