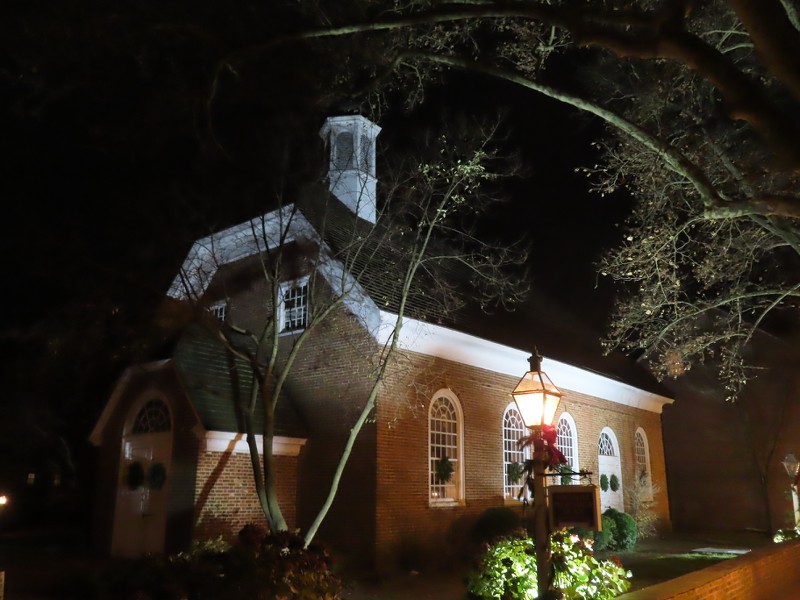 New Castle Presbyterian Church, on 2nd Street in New Castle. The church was built in 1707, after the Dutch Calvinist congregation in town joined with six other congregations to form the Presbyterian Church in the New World the year before. The church interior was altered over time until 1854, when a now-demolished Gothic church was built, and the building became a Sunday school. The church once again became a place of worship in 1946, when the Gothic church became too costly to maintain. Photo by xzmattzx.