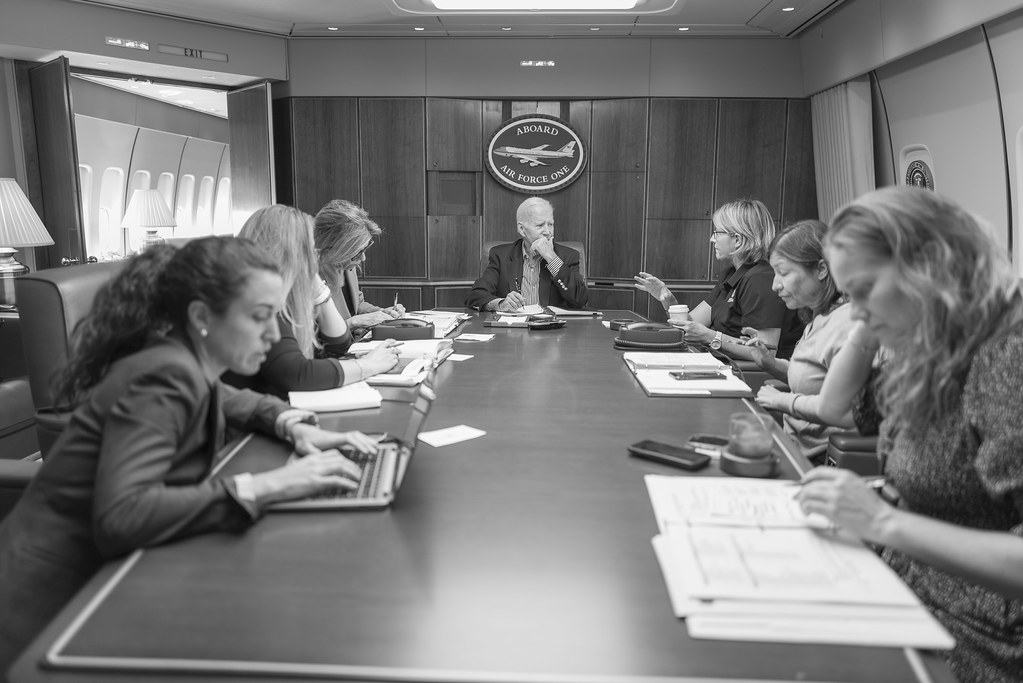 Jonathan Bernstein: “It really could happen [a debt ceiling stalemate and default]. With Republicans taking control of the House of Representatives, the GOP is talking tough about using the need to increase the limit to force policy changes. But the real problem isn’t a potential bargaining breakdown; it is that a lot of House Republicans simply won’t vote for a debt limit increase regardless of circumstances. Indeed, those Republicans might be inclined to punish any GOP House speaker who brings the measure to the floor.”

“There will almost certainly be a bipartisan House majority in favor of an increase with no conditions attached. But the majority party determines what comes up for a vote, and it isn’t clear that any Republican speaker will allow it. Unfortunately, it’s generally a safe bet that something will happen in Congress that requires only inaction, compared with something that requires action.”

Proxy voting went out with a bang in the House last week, with the majority of lawmakers in the chamber voting remotely for what is likely to be the last time. The incoming Republican House leadership has vowed to end the practice, which allows lawmakers to cast votes without being present in the Capitol. Proxy voting was instituted in during the early days of the Covid-19 pandemic to keep members from getting sick and allow the House to function.

Seeing a slim Democratic majority, Republicans quickly filed a lawsuit against Speaker Nancy Pelosi to stop the practice and make it more difficult for Democrats to pass legislation. Republicans lost in court but vowed to end proxy voting if they regained control of the House in the 2022 midterms.

“From the get-go, we warned that proxy voting would be misused as a means of convenience rather than as a precaution for health — and it has been, by members of both parties. You have given members an inch, and they have taken the proverbial mile. Whatever the initial intent of proxy voting, enough is enough. It’s time for this body to lead by example, show up to work as Congress has done since its inception, and end proxy voting once and for all.”

But now it’s Republicans who will hold a very slim 222 to 213 majority when they take control next week. That means if too many GOP lawmakers are absent — due to illness or any reason — or choose to vote “present,” Republicans will have a very hard time getting a majority. It’s almost like they didn’t think this through.

“Gas prices will probably be significantly cheaper overall next year. Yet the national average could still climb back above the $4-a-gallon threshold as soon as May,” CNN reports.

Wall Street Journal: “Goods are moving around the world again and reaching companies and consumers, despite some production snarls and Covid outbreaks inside China. Gone are the weekslong backlogs of cargo ships at large ports. Ocean shipping rates have plunged below prepandemic levels.”

Wall Street Journal: “Almost everyone on Wall Street and in Washington got 2022 wrong. The Federal Reserve expected 2021’s inflation surge to be transitory. It wasn’t. … Top Wall Street analysts predicted markets would have a so-so year. They didn’t.”

“The extent to which many investors, analysts and economists were wrong-footed has left many looking at the coming year with a sense of unease. … If there is a lesson to be taken away from the past 12 months, some investors and analysts say it is this: Be prepared for more surprises.”

“A Russian sausage magnate and politician who briefly criticised Russia’s invasion of Ukraine has died after falling from the third-floor window of a luxury hotel in India,” The Telegraph reports.

“Pavel Antov was a member of Vladimir Putin’s United Russia party and a multi-millionaire, having founded one of Russia’s largest sausage makers.”

A Russian man called up under Vladimir Putin’s “mobilization” order for the war against Ukraine drunkenly beat his commander to death on a military train, the Daily Beast reports.

“Former Russian President Dmitry Medvedev, an arch loyalist of Vladimir Putin given a new job this week, predicted war between Germany and France next year and a civil war in the United States that would lead to Elon Musk becoming president,” Reuters reports.

“Medvedev, deputy head of Putin’s advisory security council, served as president during a four-year spell when Putin held the office of prime minister. He appears to have seen his fortune rise in the Kremlin, which said on Monday he would now serve as Putin’s deputy on a body overseeing the military industry.”

“Russian President Vladimir Putin banned the supply of Russian oil and oil products to countries that impose a price cap, allowing deliveries to those nations only on the basis of a special permission for the Kremlin leader,” the Wall Street Journal reports.

“The European Union and the U.K. earlier this month banned the import of seaborne Russian crude, while the Group of Seven nations put a ceiling on other sales by barring Western companies from insuring, financing or shipping Russian crude at above $60 a barrel.”

New York Times: “On Wednesday, one more possible misrepresentation emerged. During his first campaign, Mr. Santos said on his website and on the campaign trail that he attended the Horace Mann School, an elite private school in Riverdale in the Bronx, but that his family’s financial difficulties caused him to drop out and get a high school equivalency diploma.”

“But a spokesman told The Washington Post that it could not locate records of Mr. Santos’s attendance, using several variations of his name.”

Florida Gov. Ron DeSantis (R) “has reappointed a judge who lost his re-election after denying a teenager an abortion, citing her school grades,” Insider reports.

“Jared Smith lost re-election as a judge on the Hillsborough County Court in August, with abortion rights activists backing his opponent, the Tampa Bay Times reported.”

“However, on Tuesday DeSantis appointed Smith to serve as a judge on the newly created Sixth District Court of Appeal.”

New York Times: “Democrats, who retained all but one of the governor’s offices they hold and won control of state legislatures in Michigan and Minnesota … are putting forward a long list of proposals that include creating automatic voter registration systems, preregistering teenagers to vote before they turn 18, returning the franchise to felons released from prison and criminalizing election misinformation.”

“Democrats who won re-election or will soon take office have interpreted their victories as a mandate to make voting easier and more accessible.”

Politico: “The new federal rules, executive orders and pending legislation aimed at China’s high-tech sectors, which began this fall and will continue in 2023, are the culmination of years of debate spanning three administrations.”

“Taken together, they represent an escalation of former President Donald Trump’s tariffs and trade disputes against Beijing that could ultimately do more to slow Chinese technological and economic development — and divide the two economies — than anything the 45th president did while in office.”

New York Times: “The first scientific results are coming in, and the $10 billion [Webb Telescope] is working even better than astronomers had dared to hope.”

Politico: “A razor-thin victory by Democrats, combined with a handful of vacancies and the hardball political culture in the state capitol, has kicked off a high-stakes battle for control of the House.”

“Both parties see the ensuing fight as not just as a matter of political power, but democratic governance and the rule of law itself. Privately, they fear the next few weeks could plunge the state into an unprecedented level of chaos.”

New York Times: “The [Republican] attacks [on the FBI]… are ‌e‌mblematic of a toxic dynamic that is increasingly central to Republican Party politics. Mr. Trump’s supporters — among them, Republicans poised to take over the House next month — have seized on the letter’s accusations and stepped up their assaults on the FBI, seeking to undermine the bureau just as it has assumed the lead in an array of investigations of Mr. Trump.”

“Rep. Jim Jordan, the Ohio Republican who will be the Judiciary Committee’s chairman next month, has pledged to investigate what he describes as the politicization of the FBI as well as that of the Justice Department. In a taste of what is to come, the committee’s Republican staff released a 1,000-page report last month that asserted that the FBI hierarchy ‘spied on President Trump’s campaign and ridiculed conservative Americans’ and that the ‘rot within the F.B.I. festers in and proceeds from Washington.’”

If “defunding the police” was so toxic for Democrats — even though most didn’t support it — this could be a big political loser for Republicans.