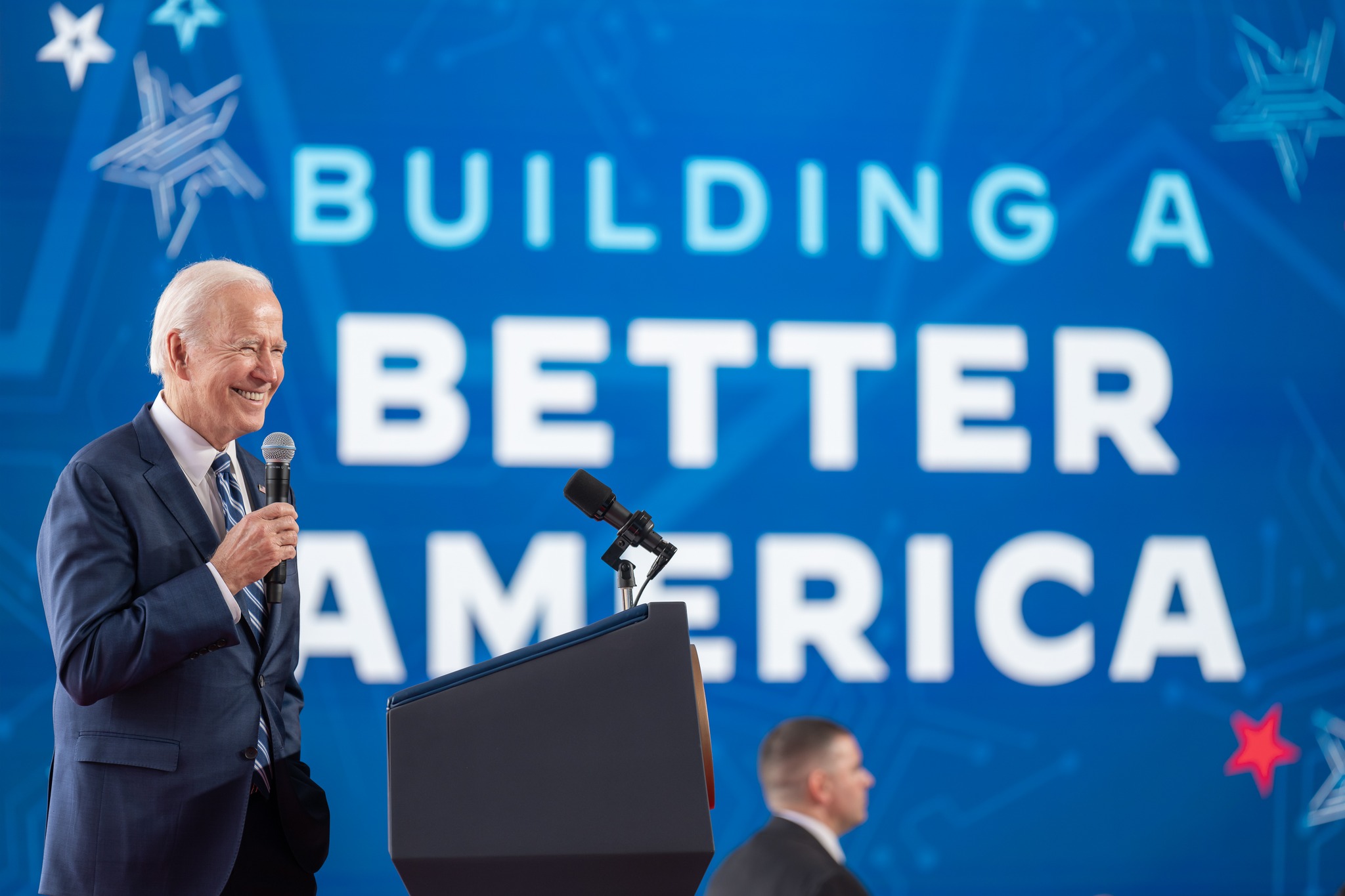 This is the last Political Report of 2022. We will be back with political and campaign news on January 3, 2023, the day that Kevin McCarthy loses the Speakership vote.

Mercer County, NJ Executive: Assemblyman Dan Benson announced Wednesday that he would challenge his fellow Democrat, five-term incumbent Brian Hughes, in next year’s contest to lead Mercer County, a dark-blue Central Jersey community that’s home to both the state capital of Trenton and Princeton University. Each contender quickly showcased long lists of prominent backers, but the New Jersey Globe’s Joey Fox writes that “the depth and breadth of Benson’s support will be tough to match at the county Democratic convention.”

That’s important because that party gathering, which will take place sometime early next year, is where the important organization line will be awarded. Benson, Fox says, has pledged to continue to campaign in the June primary even if he fails to secure this, which is known as running “off-the-line.” Hughes, by contrast, hasn’t said what he’d do.

Whoever wins the endorsement of the county Democratic Party will be identified on the primary ballot with the slogan “Regular Democratic Organization” (or under a different slogan the chair picks), which is a big deal in a state where party machines are still powerful. Anyone who earns at least 40% of the delegates’ vote will get to appear in the same column on the ballot as the endorsed candidate, though without that important slogan. Contenders who take less than that will be in a different column, which could put them at even more of a disadvantage. (You can see some examples from past ballots.)

Benson has in his corner Sheriff Jack Kemler, six of the seven members of the County Commission, and multiple local mayors and party officials. Hughes, for his part, sports endorsements from Rep. Bonnie Watson Coleman and three state legislators.

“Rocky was an unfocused mayor who created chaos at every turn,” Wilson wrote, continuing, “He carries arrogance as a core element of his DNA that can’t be checked, as evidence of this current foolhardy endeavor of seeking re-election.” Both Mendenhall and Wilson are Democrats, while Anderson still belongs to the Justice Party he founded before he challenged President Barack Obama in 2012.

Allegheny County, PA District Attorney: Six-term incumbent Stephen Zappala announced Friday that he would seek re-election in this dark blue county, but CBS Pittsburgh’s Jon Delano says that he’s likely to face an intra-party challenge in May from Allegheny County Chief Public Defender Matt Dugan. Delano relays that Dugan is “expected to announce in mid-January” that he’ll challenge Zappala in the May Democratic primary.

Zappala, as Bolts’ Daniel Nichanian recently wrote, has been “a vocal critic of criminal justice reforms amid significant racial disparities in his office.” The district attorney in 2019 turned back a primary challenge from his left 59-41, but he’s only attracted more criticism from progressives since then.

Last year, for instance, Zappala earned national attention when he forbade his prosecutors from offering any plea deals to clients represented by a prominent Black attorney who called the district attorney’s office “systematically racist.” Several local elected officials responded by calling for Zappala to leave office: Then-state Rep. Summer Lee, who will soon represent about half of the county in Congress, tweeted, “Stephen Zappala must be removed immediately. Pass it along.”

The district attorney did away with that policy after the backlash, but his critics have continued to fault his record. Jerry Dickinson, a law professor who lost this year’s congressional primary to Lee, predicted to Delano that progressives looking to beat Zappala will cite how “data shows that a disproportionate number of Black men in the city of Pittsburgh are being arrested and prosecuted and convicted, and far too many unjust plea bargains.”

However, Dickinson also argued that Zappala has moved to the left since he was first appointed to this post in 1998. Dickinson said that the incumbent has prosecuted police officers, though he’s also highlighted his willingness to charge Black Lives Matter protestors. Zappala himself launched his re-election bid Friday by arguing, “[W]hen other areas of the country are failing, this area has not stepped backward at all.”

Maryland Gov. Larry Hogan (R) said Monday he believes Donald Trump is “at his lowest point ever,” as the House Jan. 6 committee wrapped up its investigation into what Hogan described as “one of the darkest days in American history,” the AP reports.

“Two men – California Reps. Ami Bera and Tony Cárdenas – were publicly vying for the spot. But the Democratic leadership felt it was important to elevate a woman to the high-profile post of leading the campaign committee.”

“After raising more than $100 million in her second bid to be Georgia governor, the Stacey Abrams campaign owes more than $1 million in debt to vendors,” Axios reports.

“Abrams has been heralded for her fundraising prowess and had brought in donations at a presidential level earlier in the year. But money became so tight that most of the 180 full-time staffers were given an abrupt paycheck cutoff date — just a week after the November election.”

A super PAC urging Florida Gov. Ron DeSantis (R) to run for president in 2024 is gearing up to take on Donald Trump in the new year by any means necessary, Semafor reports.  Said GOP strategist John Thomas: “We’re not afraid to take the gloves off. If the former president decides to get nasty with DeSantis … we will defend the governor.”

He added: “Trump can’t win. And we’re going to remind voters of what they already know to be true — that he’s lost the last three elections, or three and a half elections if you count the runoff.”

Wealthy perennial candidate Willie Wilson grabs 13%, while no one else clears 3%; Fox 32 says Wilson’s campaign paid M3 earlier in the year, though it’s not clear if it’s doing more work for him.

NC Redistricting: On Friday, the North Carolina Supreme Court struck down the Republican-drawn state Senate map in a 4-3 ruling along party lines. The Democratic majority held that the state constitution prohibits partisan gerrymandering and concluded that GOP mapmakers ran afoul of this ban by systematically advantaging Republican voters over Democrats. However, the court upheld the map for the state House that plaintiffs were also challenging, though in a separate ruling handed down the same day, it also struck down the voter ID law that Republicans passed in a 2018 lame-duck session for intentionally discriminating against Black voters.

While the high court sent the Senate case back to a lower court to oversee the drawing of new districts, it’s doubtful whether we’ll see a fairer map in 2024. That’s because Republicans flipped two seats on the Supreme Court in this year’s elections and gained a 5-2 majority, which will be far more hostile to efforts to curb GOP gerrymandering.

Furthermore, Republicans firmly maintained their legislative majorities last month—thanks in key part to those same gerrymandered districts—and Democratic Gov. Roy Cooper lacks the power to veto congressional or legislative redistricting. GOP lawmakers will therefore almost certainly have the opportunity to pass their own tilted maps regardless of what the courts do next.

With that reality in mind, the Supreme Court expressly emphasized that the state House map is now final for the rest of the decade, since North Carolina’s constitution prohibits mid-decade legislative redistricting by lawmakers. That statement was a judicial warning shot toward Republican leaders, who are reportedly eyeing a redraw of the legislative maps beyond just the changes needed to remedy this latest ruling.

Regardless, GOP legislators will already have a chance to pass a new extreme gerrymander of the state’s congressional map for 2024 and beyond, since the nonpartisan map that the state courts previously implemented to replace the GOP’s prior gerrymander was only intended to be used in 2022.