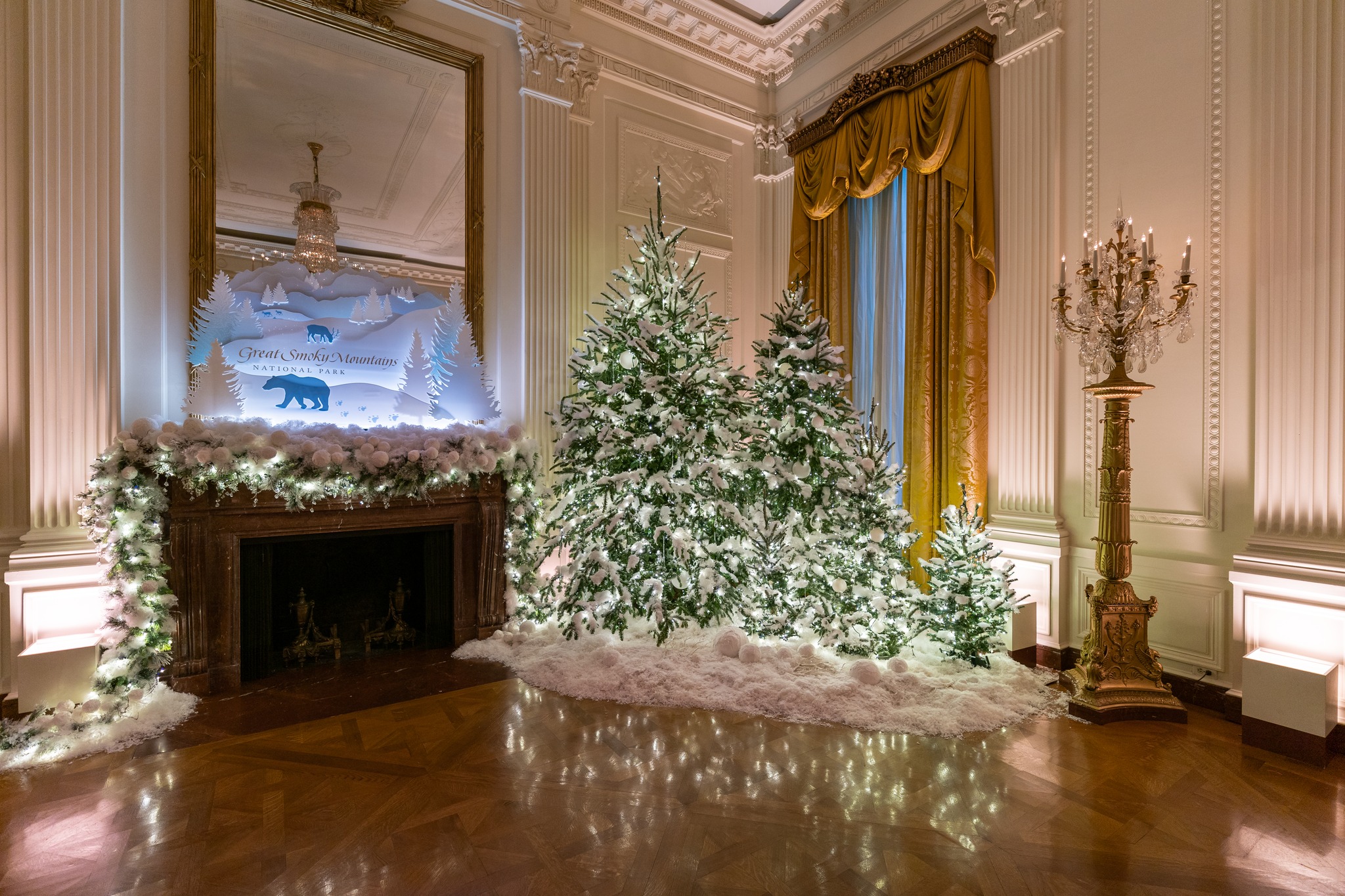 “Congress has never recommended that a former U.S. president be charged with a crime before. But former President Donald Trump just shattered that historical precedent,” Vice News reports.

The referral of four criminal charges against Donald Trump by the January 6 Committee is a huge political story. But even though the focus of the committee’s work was on Trump, their final report is actually an indictment of the Republican party.

Consider that the new House majority is led by people who voted to overturn the presidential election just hours after Trump’s supporters violently stormed the Capitol. The bulk of them still refuse to admit that Trump lost the election. They refused to cooperate in the investigation. They are co-conspirators in the insurrection.

Trump may be indicted. He may lose the 2024 Republican presidential primary. He may just fade away and spend the rest of his days coming up with new ways to fleece his supporters. But the Republican party made the insurrection possible. It would not have been possible without their complicity. And even when faced with overwhelming evidence, they refused to condemn Trump — with the exception of Liz Cheney, Adam Kinzinger and a few others.

Putting Trump in jail would be just. But sadly it’s not enough to save our democracy.

“It will come when one of the panel’s last, beleaguered staffers hits the ‘publish’ button on its collection of evidence compiled over 18 months of investigation, material that still remains almost entirely secret.”

“The committee is sitting on a stockpile of nearly 1,200 witness interview transcripts and reams of hard-won documents about Donald Trump’s attempt to derail the peaceful transfer of power. While the select panel’s nine members gathered on Monday to refer evidence of Trump’s potential crimes to the Justice Department, that raw information — not the showmanship of a final in-person public meeting — will tell the story the committee has labored to piece together.”

“As the summer and the House Jan. 6 committee’s hearings began, former President Donald Trump was still a towering figure in Republican politics, able to pick winners in primary contests and force candidates to submit to a litmus test of denialism about his loss in the 2020 election,” the New York Times reports.

“Six months later, Mr. Trump is significantly diminished, a shrunken presence on the political landscape. His fade is partly a function of his own missteps and miscalculations in recent months. But it is also a product of the voluminous evidence assembled by the House committee and its ability to tell the story of his efforts to overturn the election in a compelling and accessible way.”

January 6 Committee chair Bennie Thompson (D-MS) said that he has “no doubt” the Department of Justice will charge former President Trump once it evaluates the evidence compiled by the panel, Axios reports.

Said Thompson: “I have no doubt that once the investigation proceeds and is concluded, if the evidence is as we presented it, I’m convinced the Justice Department will charge former President Trump. No one — including a former president — is above the law.”

Politico: “In total, the committee grilled nearly every member of Trump’s inner circle. Some key witnesses pleaded their Fifth Amendment right against self-incrimination or invoked privileges the committee was unable to pierce. But others, like former White House counsel Pat Cipollone, provided extraordinary evidence of Trump’s scheme to stay in power.”

“Prosecutors are more interested in the thousands of pages of witness statements and other records gathered by the House panel over the past 15 months.”

David Frum: “Show Trump a line, and he’ll cross it. That was his record as president, down to his last days in office, when he absconded with boxes of government materials as though they were his private property. Trump has already announced a run for president in 2024. Whatever happens with that run, his likeliest Republican rivals are studying his methods, considering which to emulate and which to discard. The incitement of violence by the head of the government is not an infraction that can be dismissed and forgiven by any political system that hopes to stay constitutional.”

“For six years, the job of upholding the rule of law against Donald Trump has been passed from one unwilling set of hands to the next. Now the job has returned to where it started. There is nobody else to pass it to. The recommendation has arrived. The time for justice has come.”

NBC News: “A theme in the document is that the committee believes numerous figures close to former President Donald Trump were being less than candid during their testimony, either through evasions or claims that they couldn’t remember the answers to questions. In some cases, the committee said the purported memory lapses were not credible and appeared to be an attempt to conceal information.”

“The committee says Trump’s daughter and White House adviser Ivanka Trump ‘acknowledged’ to them that she had agreed with Attorney General William Barr that there wasn’t evidence of election-altering fraud, that Trump pressured Vice President Mike Pence over his powers on the morning of Jan. 6, and that the president watched the Capitol violence on television in real time.”

“Congressional leaders unveiled a $1.7 trillion spending package early Tuesday that includes another large round of aid to Ukraine, a nearly 10% boost in defense spending and roughly $40 billon to assist communities across the country recovering from drought, hurricanes and other natural disasters,” the AP reports.

“The bill includes about $772.5 billion for non-defense discretionary programs and $858 billion in defense funding.”

“Lawmakers are working to stuff in as many priorities as they can into what is likely to be the last major bill of the current Congress. They are racing to complete passage of the bill before a midnight Friday deadline or face the prospect of a partial government shutdown going into the Christmas holiday. Lawmakers leading the negotiations released the details of the bill shortly before 2 a.m. Tuesday.”

“Release of a massive $1.7 trillion omnibus spending package with all manner of unrelated add-ons was taking longer than expected, with text still being finalized Monday evening,” Roll Call reports.

“The chief holdup appeared to be language Democrats were trying to negotiate regarding the FBI’s headquarters relocation project.”

“Suspense mounted at the U.S. border with Mexico on Tuesday about the future of restrictions on asylum-seekers as the Supreme Court issued a temporary order to keep pandemic-era limits on migrants in place,” the AP reports.

“Conservative-leaning states won a reprieve — though it could be brief — as they push to maintain a measure that allows officials to expel asylum-seekers. In a last-ditch written appeal to the Supreme Court, they argued that increased numbers of migrants would take a toll on public services such as law enforcement and health care and warned of an ‘unprecedented calamity’ at the southern border.”

“Elon Musk’s Twitter fingers must have been stiff on Monday morning, because more than six hours after users voted for him to resign as CEO, the notorious tweeter still had not made any public statement,” the Daily Beast reports.

Kevin McCarthy’s struggle to nail down the speakership is powering venomous recriminations among far-right members who have split over his candidacy. Sad to see it.

Rep. Marjorie Taylor Greene (R-GA) slammed Rep. Lauren Boebert (R-CO) after the latter made fun of Greene. Said Greene: “She gladly takes our $$$, but when she’s been asked: Lauren refuses to endorse President Trump, she refuses to support Kevin McCarthy, and she childishly threw me under the bus for a cheap sound bite.”

Boebert told the Daily Caller that she is tired of being lumped together with Greene: “I’ve been asked to explain MTG’s belief in Jewish space lasers, why she showed up to a white supremacist’s conference, and now why she’s blindly following Kevin McCarthy and I’m not going to go there.”

Rep. Matt Gaetz (R-FL) is publicly splitting with Trump over McCarthy, and he’s not afraid to tell you about it.

The House Ways and Means Committee is meeting today to decide whether to publicly release six years of former president Donald Trump’s federal tax returns that it obtained after a lengthy court battle, the Washington Post reports.

Playbook: “Democrats are scouring the record of Rep.-elect George Santos (R-NY) to determine their next steps following an extraordinary New York Times investigation of the incoming Republican from Long Island that revealed a history of seemingly fraudulent claims.”

Said incoming Democratic leader Hakeem Jeffries: “If Mr. Santos is indicative of what we can expect from the new Republican Congress, the American people are in for a rough ride.”

The epic NYT exposé alleging that incoming GOP Rep. George Santos (NY) is a serial fabulist went unrebutted yesterday. Santos put out a statement attacking the newspaper’s report but not denying a single factual allegation in the report. Some highlights from the day:

The Santos statement closed with a fake quote attributed to Winston Churchill.

Hope Hicks testified to the January 6 Committee that Donald Trump believed his legacy depended on overturning the 2020 election and remaining in office.

Hicks recounted what Trump told her: “Nobody will care about my legacy if I lose. So, that won’t matter. The only thing that matters is winning.”

A majority of voters think the economy will be in worse shape in 2023 than it is now and roughly two-thirds say the nation’s economic trajectory is headed in the wrong direction, the latest Wall Street Journal poll shows.

Washington Post: “By the fall, planning was underway, even before Sinema appeared in late September at the University of Louisville McConnell Center, where she defended her centrist brand of politics — and further enraged some liberals — with the Republican Senate minority leader, Mitch McConnell of Kentucky, looking on.”

“McConnell advises Sinema frequently, according to a person familiar with their relationship, and the two spoke about her decision to defend the legislative filibuster and other matters…. High-ranking Democrats said they remained in the dark until just before she pulled the trigger.”

“Nevada could empty its death row — a striking commutation move that would mean the 57 people currently sentenced to death in the state could have their sentences commuted to life without the possibility of parole by Wednesday,” Law Dork reports.

Rolling Stone: “More than seven months after ABC producer James Gordon Meek was the subject of a dramatic Federal Bureau of Investigation raid, an indictment is being prepared by the Department of Justice to present to a grand jury.”