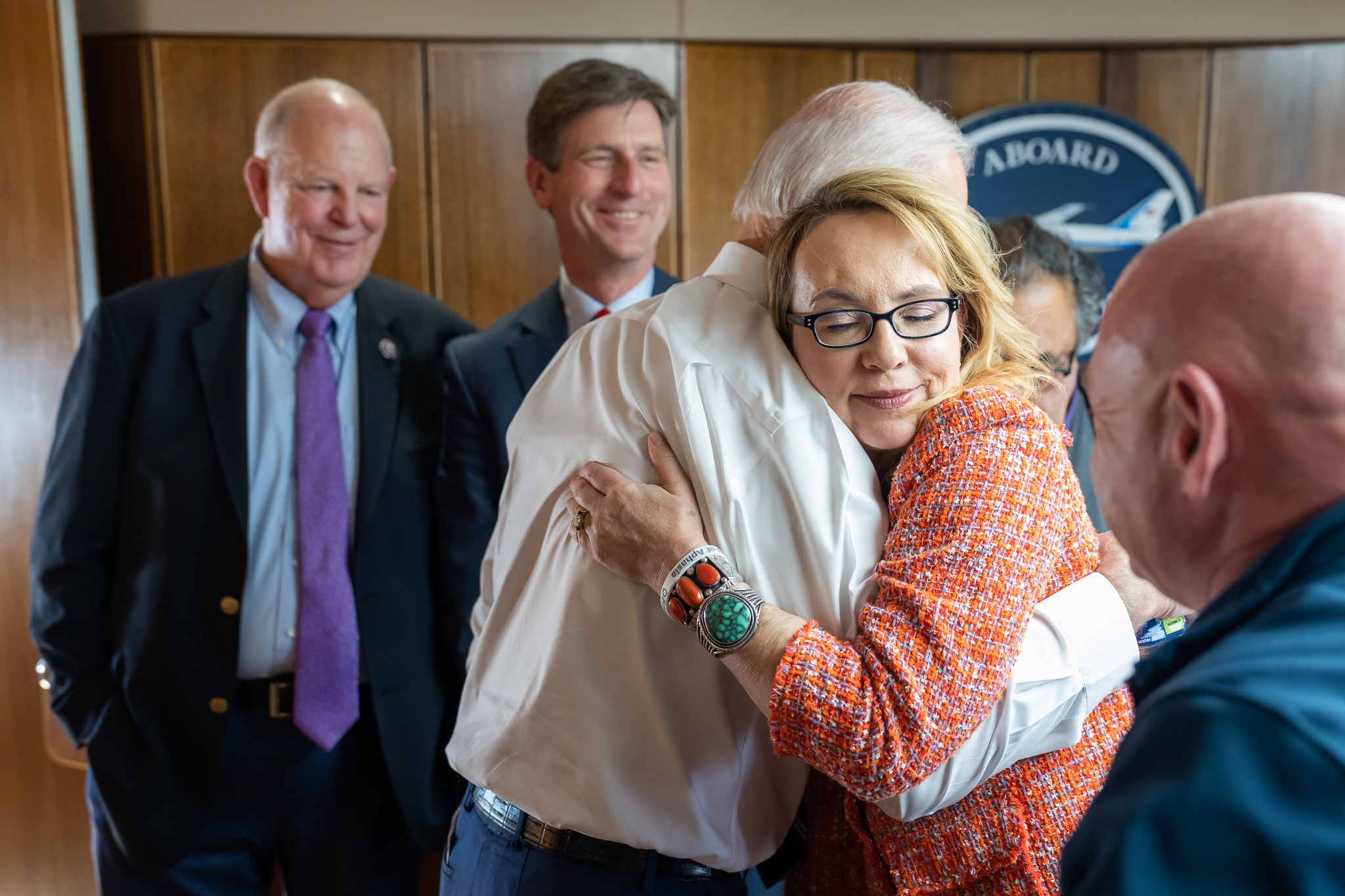 “President Biden’s political advisers are preparing a strategy for his likely 2024 reelection campaign that would dramatically expand efforts to organize content-sharing between supporters and their friends on digital platforms, including TikTok and WhatsApp, where political advertising is not allowed,“ the Washington Post reports.

“The new plans, which build upon lessons from the 2020 campaign, are just one part of an expansive research effort funded by the Democratic National Committee to prepare for Biden’s expected campaign launch next year. Top advisers have been testing ways to reactivate volunteers and donors, and they completed a review this summer of the shifts in how voters consumed political information over the last two years.”

“The review found phone-based apps and streaming television have grabbed an increasing share of attention from voters, which offer fewer opportunities for direct advertising.”

Dan Balz: “President Biden and former president Donald Trump are on a path that could lead to a rematch in 2024 of their 2020 election contest. Some past polls have suggested that such a face-off could be close.”

“In 2022, however, the competition between the two politicians was anything but close. It was Biden over Trump decisively.”

“Struggling to unify after another disappointing election, the Republican National Committee is consumed by an increasingly nasty leadership fight as the GOP navigates its delicate relationship with former President Donald Trump,” the AP reports. “With a vote for RNC chair not scheduled until late January, the public feud may get worse before it gets better.” Said RNC member Ron Kaufman: “It’ll be ugly as hell for a while.”

“Ronna McDaniel’s path to another two-year term leading the Republican National Committee faces a major obstacle: Some of the loudest voices in the conservative movement are calling for her to go,” Politico reports.

“”As she seeks a rare fourth term as RNC chair, McDaniel is facing fierce criticism from a horde of right-wing media figures who reach millions of GOP faithful. Now, McDaniel has to hold down her support on the committee for five weeks as a grassroots army rages against her.”

“Gov. Ron DeSantis of Florida is considering refusing donations from major tech companies for his second inauguration next month, according to two Republican strategists involved in the discussions, in a move aimed at energizing conservative activists who are eager to take on Silicon Valley,” the New York Times reports.

Politico: “Unlike the Republican Party’s other headaches this cycle — money woes, flawed candidates, and even Trump — Dobbs v. Jackson Women’s Health Organization cannot be undone anytime soon. Democratic and Republican operatives said that means abortion is poised to play as big a role, if not bigger, in upcoming elections, triggering a dramatic shift in political strategy as liberal groups target more states for abortion-related ballot initiatives.”

Associated Press: “None of that, however, has silenced a Washington parlor game about whether Biden will follow through with a second presidential campaign. The speculation reflects a persistent, though often privately expressed, skepticism among even some of Biden’s allies that the 80-year-old president will ask voters to keep him in the White House until he’s 86.”

Alaska State House: The Alaska Landmine’s Jeff Landfield reports that several incoming members of the state House on Thursday seriously discussed breaking the ongoing impasse by forming a cross-party coalition of freshmen and a few sitting members, but the plan was prematurely divulged after an errant text went out to a Republican representative who is very much not open to the idea. One longtime operative told Landfield, “When you think it can’t get any crazier, it always does.”

Louisiana Governor: Lt. Gov. Billy Nungesser has confirmed that he’d run against Attorney General Jeff Landry in next year’s all-party primary if their fellow Republican, Sen. John Kennedy, sits the contest out, and he was not subtle about why. Nungesser told NOLA.com’s Tyler Bridges of Kennedy, “If he runs, it’s a big problem for Jeff,” before adding, “If he doesn’t, I have to run. Jeff is not a good person.”

The lieutenant governor has said his announcement will take place on Jan. 10, which is his birthday, while Kennedy will reveal his own plans sometime next month. Bridges writes that “[m]ost people who know Kennedy believe he’ll stay out, noting that he has considered running for governor every four years beginning in 2003 and has opted not to each time.” (Kennedy was still four years away from leaving the Democratic Party when those flirtations began.)

A few sources, however, do think that 2023 will actually be the year that the senator goes for it, as he’s already released a pair of polls showing him well ahead. Bridges adds that Kennedy has “harbored gubernatorial ambitions dating to when he ran to be governor of Pelican Boys State in 1968 as a teenager,” a contest he lost.

Landry, who as far as we know has never tried to run Pelican Boys State, is making it clear he won’t end his campaign even if he needs to get past Kennedy. Personal injury lawyer Hunter Lundy, an independent who is the only other declared contender, also tells Bridges he’s in no matter what. Two Republican legislators, state Sen. Sharon Hewitt and state Rep. Richard Nelson, additionally say Kennedy won’t impact their own deliberations.

Virginia 4th District: Candidate filing closed Friday fours days ahead of the special Democratic firehouse primary, and there were no final arrivals or dropouts. The four Democrats competing to succeed the late Rep. Donald McEachin are:

McClellan has the backing of the state’s entire Democratic congressional delegation as well as her former rival, Del. Lamont Bagby, and Richmond Mayor Levar Stoney. The scandal-ridden Morrissey, by contrast, is running radio ads where conservative radio host John Fredericks tells Republican listeners to cast a ballot in the Democratic nomination contest for the “pro-life” and “fiscal conservative” contender.

It takes a simple plurality to win Tuesday’s firehouse primary, a party-run contest where voting will take place at eight different locations.

None of these people are currently running to succeed termed-out Democratic Gov. Roy Cooper, though local political observers have long anticipated that the far-right Robinson, who would be North Carolina’s first Black chief executive, will campaign for the job.

Robinson, who narrowly won in 2020 even after his history of antisemitic, Islamophobic, and transphobic screeds surfaced, recently published a memoir where he wrote, “While I have not declared for that race, we are making plans to make a strong run should I decide to.” He also used that tome to reiterate his extremist views, including his belief that “[j]ust as we brought an end to slavery for the causes of liberty and justice, we must end abortion for the cause of life.”

Folwell himself also expressed interest in September, though we haven’t heard anything from him about his 2024 plans since. However, we haven’t seen any indication that McCrory, who lost this year’s Senate primary to eventual winner Ted Budd in a 59-25 drubbing, will try to retake his old job. Fox 8’s Steve Doyle wrote last month that Walker “has been circumspect when asked if he plans to run,” though he took just 9% in that Senate contest.

One person who wasn’t polled is state House Speaker Tim Moore, who declined to rule anything out in August. “I’m running for speaker of the House,” Moore responded at the time to questions about his interest in campaigning for governor.

On the Democratic side, Attorney General Josh Stein, who would be the Tar Heel State’s first Jewish governor, has long been talked about as a likely contender. Stein himself has avoided saying much about his plans, though he’s already positioned himself as an alternative to Robinson. “I don’t believe that gay people are ‘filth,'” he said in September. “I don’t believe that women are second-class citizens and that men should be the ones who lead. I don’t believe that abortion in every single instance is murder.”

Back in August, state House Minority Leader Robert Reives didn’t rule out the idea, either; Reives, who would also be the state’s first Black governor, doesn’t appear to have said anything about it following his re-election win, however.

Several other people have been mentioned as possibilities, though they’ve shown no public interest. Doyle last month name dropped Rep.-elect Jeff Jackson, whose new seat is in danger of being gerrymandered by Republicans, and 2022 Senate nominee Cheri Beasley.

A primary poll done in October for the progressive organization Carolina Forward also tested out former state Department of Health & Human Services Secretary Mandy Cohen; the group explained it included her “because she’s one of the more prominent Democrats in the state.” Cohen, who accepted a job in Maryland in early 2022, responded when WNCN asked for comment about the survey by merely writing back, “Thanks for sharing this poll – I had not seen it.”

Politico’s Ally Mutnick takes a detailed early look at the 2024 House battlefield and what candidates could end up running for key seats. For the Republicans, many of the names are familiar ones from the 2022 cycle. Mutnick relays that some strategists want a pair of defeated Senate nominees, Colorado’s Joe O’Dea and Washington’s Tiffany Smiley, to run for competitive House seats.

The only realistic target for O’Dea would be the 8th District, where Democratic Rep.-elect Yadira Caraveo pulled off a tough win, but Smiley is harder to place: She lives in Richland in the south-central part of Washington, which is located in GOP Rep. Dan Newhouse’s 4th District and is at least a two hour drive from either the Democratic-held 3rd or 8th.

The Republican wishlist also includes a few candidates who lost House primaries this year to some disastrous nominees. One prospective repeat contender is Ohio state Sen. Theresa Gavarone, whose bid to challenge longtime Democratic Rep. Marcy Kaptur in the 9th ended with her taking third to QAnon ally J.R. Majewski. Kaptur beat Majewski 57-43 after national Republicans gave up on him, but the GOP’s victories in this year’s state Supreme Court contest could allow Gavarone and her colleagues to draw up a more favorable map for the state senator should she try again.

Mutnick also writes that some Republicans are hoping to see another try from Derrick Anderson, a Green Beret veteran who wanted to challenge Rep. Abigail Spanberger in Virginia’s 7th but lost the primary 29-24 to Prince William County Supervisor Yesli Vega. Democrats went on to focus on Vega’s far-right views, including her comments falsely suggesting that it’s unlikely for rape to result in pregnancy, and Spanberger prevailed 52-48.

Republicans have their eyes on a few Republicans who didn’t run for Congress in 2022, too. Mutnick says that one possible recruit against Democratic Rep. Dan Kildee in Michigan’s 8th is state Rep.-elect Bill Schuette, who is the son and namesake of the GOP’s 2018 nominee for governor.

And while the GOP will soon be able to gerrymander North Carolina’s new congressional map, Mutnick writes that some Republicans would prefer state Rep. Erin Paré go up against Democrat Wiley Nickel in the 13th rather than see another campaign by Bo Hines. Indeed, Texas Rep. Dan Crenshaw trashed both Hines and Karoline Leavitt, who failed to win New Hampshire’s 1st, when he told Politico, “We lost races we easily should have won. We elected two 25-year-olds to be our nominees. That’s batshit crazy.”

Democrats, meanwhile, have a few 2022 nominees they would like to run again:

There is no word from any of the once and potentially future candidates from either party about their 2024 plans.