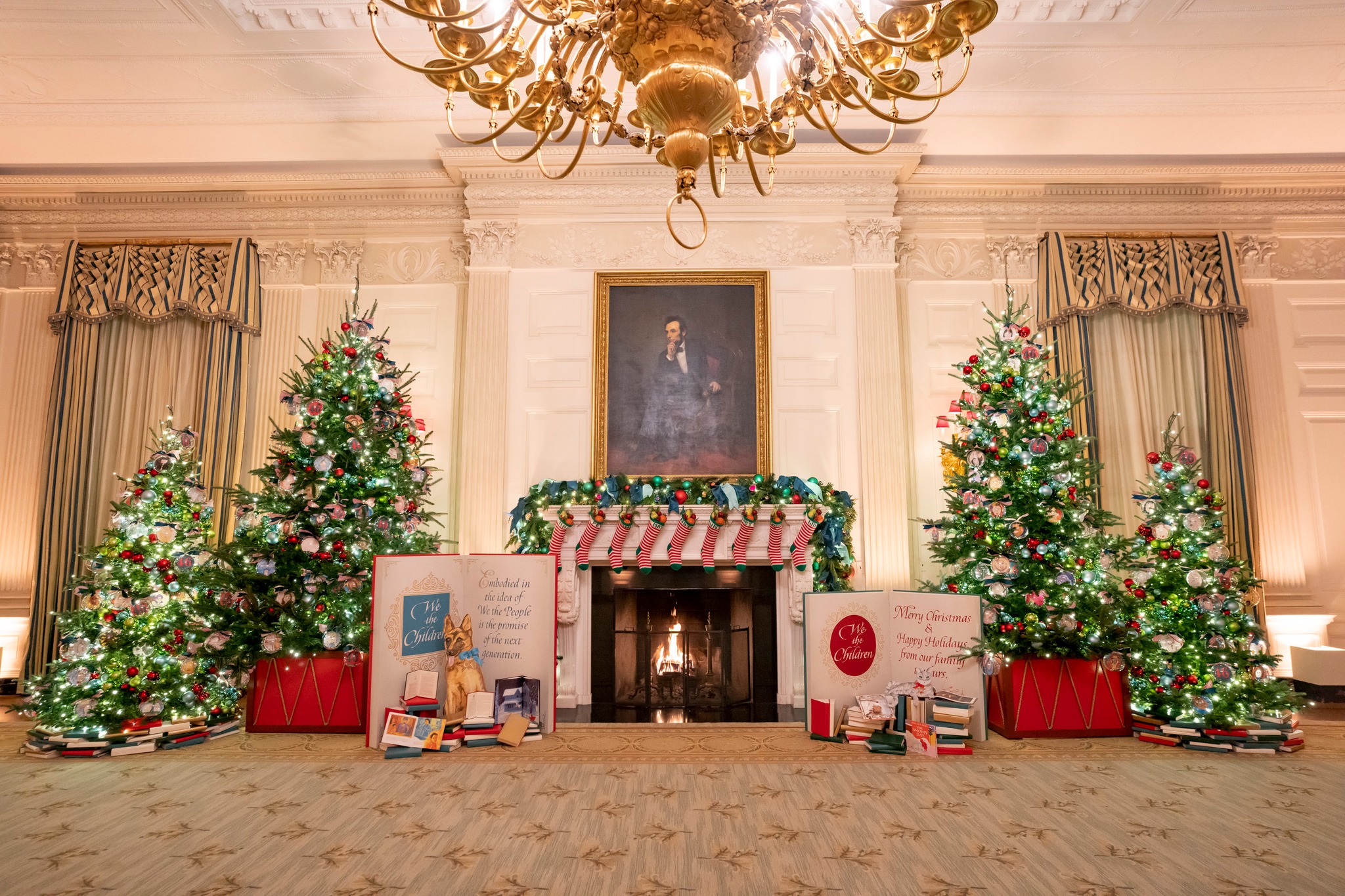 The final week before the holiday may be anything but joyful for the former president and current NFT salesman.

On Monday, the House January 6 Committee is expected to formally recommend at least three criminal charges — on counts of obstruction, conspiracy, and insurrection — against Trump. And on Tuesday, the House Ways and Means Committee will vote on whether to release six years of Trump’s tax returns to the public.

Congress bought itself another week of federal funding, and is racing to pass an omnibus spending package by Friday. The text of the $1.7 trillion budget is expected Monday. The Senate is on track to vote on cloture on Wednesday and passage on Thursday. The House would then vote on the package on Friday.

“Twitter is reinstating the accounts of several journalists who were suspended this week, according to a Saturday morning tweet from Elon Musk,” the Wall Street Journal reports.

“The new chief executive and owner of Twitter said he would lift the suspensions based on the results of a Twitter survey that asked users whether he should keep the accounts offline for a week or reinstate them immediately. More than 58% of respondents said the ban should be lifted right away.”

Elon Musk was toppled from the peak of the Bloomberg Billionaires Index, meaning he’s no longer the richest person in the world, Bloomberg reports.

Twitter is now banning all links to other social media sites.

“The House Ways and Means Committee scheduled a closed-door meeting for Tuesday at which lawmakers are likely to review former President Donald Trump’s tax returns and may vote to release some of them,” the Wall Street Journal reports.

CNN: “The meeting is crucial for Democrats on the committee, who are running out of time to decide what to do with Trump’s taxes before Republicans take over the House majority on January 3, and Democrats lose control of the committee.”

“A House GOP leadership aide said they didn’t view the invitations as meaningful. Of the GOP leadership, only Mr. McCarthy had been invited to meet with Mr. Biden.”

Wall Street Journal editorial: “If a Martian arrived in Washington this week not knowing who had won the November election, he’d be forgiven for thinking it was the Democrats. Usually the losers are in disarray, but not this time.”

“Democrats in the House minority have completed a seamless change of House leadership to a younger generation with little internal dissent. But Republicans, who ostensibly won the majority, can’t even find the votes to elect a GOP Speaker, much less agree on budget strategy or much of anything else.”

FTX co-founder Sam Bankman-Fried is planning to consent to extradition to the U.S. to face criminal charges related to the cryptocurrency exchange’s collapse, the Wall Street Journal reports.

Associated Press: “Donald Trump pledged to fix U.S. infrastructure as president. He vowed to take on China and bulk up American manufacturing. He said he would reduce the budget deficit and make the wealthy pay their fair share of taxes.”

“Yet after two years as president, it’s Joe Biden who is acting on those promises. He jokes that he’s created an ‘infrastructure decade’ after Trump merely managed a near parody of ‘infrastructure weeks.’”

“A criminal investigation into former President Donald Trump‘s efforts to overturn his election defeat in Georgia has produced a flurry of activity in the last month, with several high-profile witnesses appearing before a special grand jury that is now nearing its end,“ the Wall Street Journal reports.

“While the panel in Atlanta can’t issue indictments, the 23 citizens sitting on it are expected to write a report on their findings, which could include recommendations that indictments be brought.“

He added: “Look, we had Boehner and he was a strange person but we ended up with Paul Ryan who was ten times worse. Paul Ryan was an incompetent speaker. I think he goes down as the worst speaker in history.“

“With the federal health order — known as Title 42, which was used during the COVID-19 pandemic to quickly expel migrants — set to expire on Wednesday, El Paso officials hope to leverage the emergency declaration to unlock additional resources and expand available shelters for migrants as evening temperatures are forecast to drop below freezing in the coming week.”

“Early in the pandemic, Florida Gov. Ron DeSantis repeatedly praised President Donald Trump for the expedited development and rollout of a coronavirus vaccine. The governor’s office pushed for $480 million in pandemic resources, including media campaigns promoting the shots, according to state budget documents. And DeSantis, a Republican, even lauded the Biden administration for helping to expand access to vaccines,” the Washington Post reports.

“But this past week, DeSantis threw himself into misleadingly disparaging the vaccines, convening skeptics to buck guidance from the Centers for Disease Control and Prevention and seeking to investigate vaccine makers for fraud.”

Former Louisiana Sheriff Cyrus ‘Bobby’ Tardo is accused trying to kill Sheriff Duffy Breaux — who beat him twice — by hiring a crew of former law officers to set a pipe bomb that almost blew Breaux’s foot off 10 days before Christmas, the AP reports.

New York Times: “It is not clear whether the release of the records would reveal major findings. Prosecutors in New York had already obtained access to some Trump-related tax data, and his family business has been the subject of multiple investigations. The Trump Organization was convicted of a tax fraud scheme this month. The New York State attorney general has sued Mr. Trump and three of his children, accusing them of lying to lenders and insurers by fraudulently overvaluing his assets.”

“The New York Times has also investigated Mr. Trump’s taxes, including obtaining tax-return data in 2020 that covered more than two decades. He paid no federal income taxes in 11 of 18 years that The Times examined; he also reduced his tax bill with questionable measures, including a $72.9 million tax refund that, as of 2020, was the subject of an I.R.S. audit.”

New York Times: “How could one of the world’s most powerful militaries, led by a celebrated tactician like Mr. Putin, have faltered so badly against its much smaller, weaker rival? To piece together the answer, we drew from hundreds of Russian government emails, documents, invasion plans, military ledgers and propaganda directives. We listened to Russian phone calls from the battlefield and spoke with dozens of soldiers, senior officials and Putin confidants who have known him for decades.”

“The Times investigation found a stunning cascade of mistakes that started with Mr. Putin — profoundly isolated in the pandemic, obsessed with his legacy, convinced of his own brilliance — and continued long after drafted soldiers like Mikhail were sent to the slaughter.”

The lawsuit points to a provision of the constitution that states that no one who “advocates, or who aids or belongs to any party or organization or association which advocates, the overthrow by force or violence of the government of the United States or of the State shall be qualified to hold” public office.

“A Tennessee man already facing charges of assaulting a police officer during the storming of the Capitol last year was charged on Friday with plotting to assassinate several of the federal agents who had investigated him and to attack the F.B.I.’s field office in Knoxville, Tenn,” the New York Times reports.