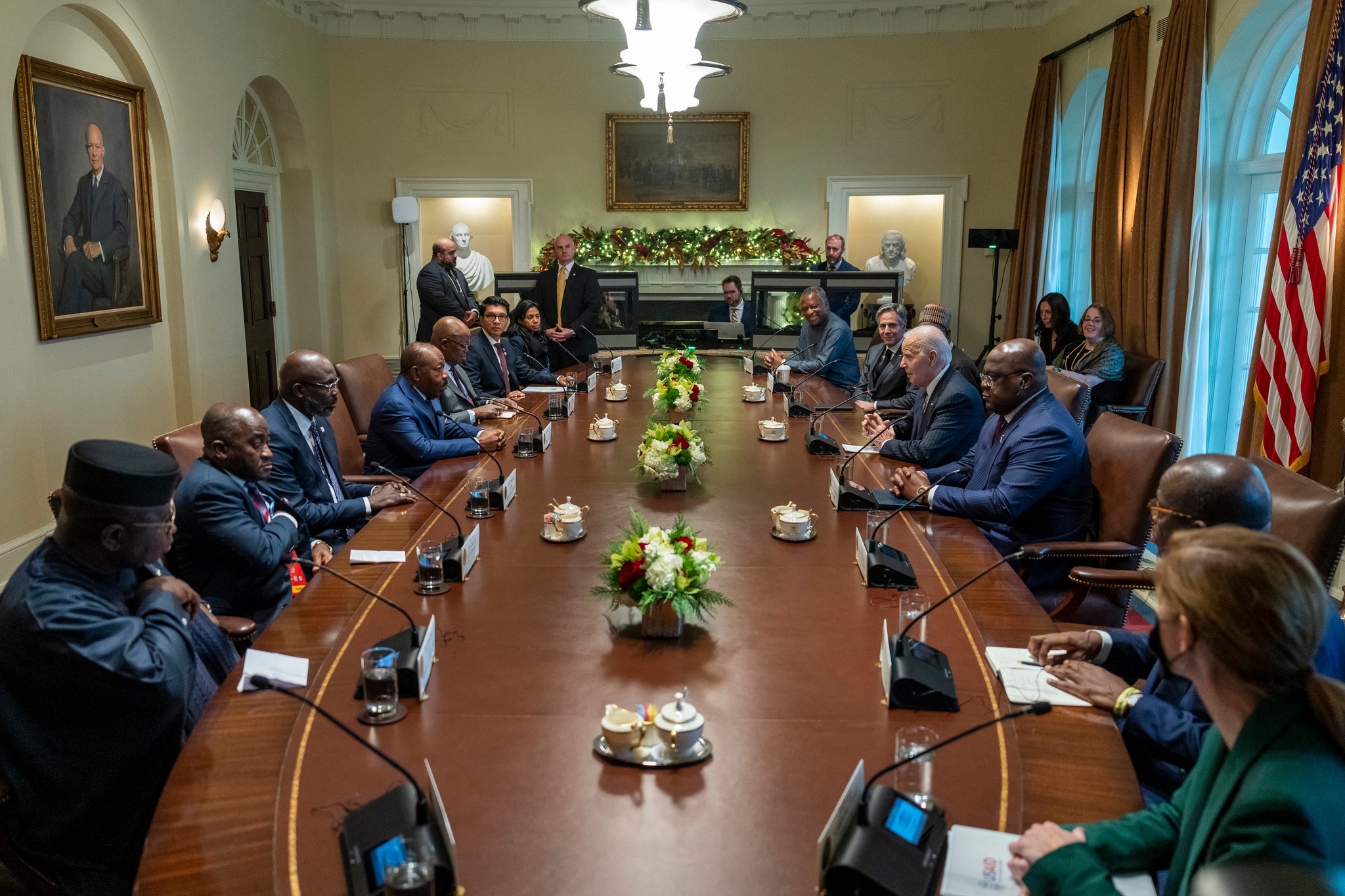 The January 6 Committee is preparing to vote on urging the Justice Department to pursue at least three criminal charges against former President Donald Trump, including insurrection, Politico reports.

The document includes an extensive justification for the recommended charges.

The Guardian: “The recommendations presage a moment of high political drama next Monday, when the full panel will vote publicly to adopt its final report and formally decide on making referrals, and increase pressure on the attorney general, Merrick Garland, to seek charges over January 6.”

“Twitter suspended the accounts of roughly half a dozen journalists on Thursday, the latest change by the social media service under its new owner, Elon Musk,” the New York Times reports.

“The accounts suspended included Ryan Mac of The New York Times; Drew Harwell of The Washington Post; Aaron Rupar, an independent journalist; Donie O’Sullivan of CNN; Matt Binder of Mashable; Tony Webster, an independent journalist; and the political journalist Keith Olbermann. It was unclear what the suspensions had in common; each user’s Twitter page included a message that said it was suspended for ‘violating the Twitter rules.’”

Twitter Spaces, the audio feature that allows people to participate in group chats using the social media platform, has been disabled and it’s not clear whether it will ever return,” Gizmodo reports. Musk took part in a group chat last night but abruptly left the conversation after being asked tough questions about why he banned journalists from the service.

Like with Trump, we know everything we need to know about Elon Musk. New scandals or outbursts of impulsivity or additional episodes of narcissistic self-absorption are merely duplicative. All that’s left to do is to chronicle the waste and destruction they leave in their paths.

Broken, petulant, emotionally stunted rich white men are nothing new. What might be new is that decades of regressive tax policy, feckless anti-trust enforcement, and market worship by policymakers have created an untethered and unaccountable new billionaire class.

CNET: “Though the NFTs were widely mocked by both Trump supporters and detractors alike, all 45,000 sold out in around 12 hours… At $99 each, that means $4.45 million has been raised. The collection’s creators also receive 10% of every sale on secondary markets.”

Jimmy Fallon: “You know your campaign isn’t going well when your re-election strategy is, ‘Maybe people will like me as a Pokemon.’ Trump was like, ‘These cards are like classified documents — you’ve got to catch them all.’”

Even some Trump supporters weren’t fooled.

Even Steve Bannon has had enough of Donald Trump’s latest stunts — demanding everyone behind his wacky NFT collection be “fired today,” the New York Post reports.

Said Bannon, on his podcast: “I can’t do this anymore.”

A  New York Post  editorial calls Donald Trump a con artist, after his “major announcement” releasing $99 digital trading cards. “Fool us once, shame on you. Fool us 1,438 times, and it may finally be too much.” Also interesting is that “grifter” is now trending on the Political Dictionary.

“Donald Trump has requested — and received — a 45-day extension on filing a mandatory personal financial disclosure that would offer new details about his wealth now that he’s again a presidential candidate,” Insider reports.

“Donald Trump didn’t mention his dinner with two prominent antisemites figures last month in an address to a Jewish group Friday morning, his first public speech since the controversy ensued,” The Forward reports.   Trump spent most of his 30-minute speech detailing “the things I have done for my Jewish friends and the Jewish people, and for Israel.”

Trump also said he was confused as to why he got only 26% of the Jewish vote in his failed reelection bid: “It doesn’t make sense… How do you do that? How do you do that when they’re really inducing possible destruction of Israel? Somebody in this room may explain it one day. But I don’t understand it.”

Washington Post: “When Trump suggested in an online post earlier this month that the Constitution could be terminated to redo the 2020 election or declare him the winner, the ‘UNPRECEDENTED FRAUD’ that he said required this ‘UNPRECEDENTED CURE’ was no longer a conspiracy involving counterfeit mail ballots or sabotaged voting machines. Those claims have been thoroughly debunked in audits, litigation and outside reviews.”

“Instead, Trump was now advancing a new theory of how the election was “stolen” from him: a supposed scheme among social media companies, the FBI and the Democrats to suppress information that might have helped Trump’s campaign. The claim is fueled in part by new Twitter owner Elon Musk’s decision to release internal documents about the platform’s brief suppression of a 2020 news story about then-candidate Joe Biden’s son amid concerns it might be the result of disinformation efforts.”

“A federal judge revealed Friday that earlier this year she granted Justice Department investigators access to emails between three Trump-connected attorneys and Rep. Scott Perry as part of the federal investigation into election subversion efforts by the former president and others,” Politico reports.

“Investigators had prioritized accessing any emails sent to or from Perry’s account.”

New York Times: “The committee announced a business meeting scheduled for 1 p.m. Monday during which members are expected to discuss the forthcoming report and recommendations for legislative changes, and to consider both criminal and civil referrals against individuals it has concluded broke laws or committed ethical violations.”

Wonkette: “So, before we get into the substance of Mark Meadows’s texts, let’s acknowledge the threshold scandal that he was the one running point to coordinate both the coup rally and the campaign. Which is FUCKING CRAZY!”

“The GOP leader on Thursday took the unusual step of punting conferencewide races for committee leadership slots until after his speaker election on Jan. 3, a maneuver that could help insulate him from disgruntled members who fall short in those contests and their allies.”

“But that delay will also mean days, if not weeks, of uncertainty for GOP committees as they begin their stint in the majority. Some of the most important panels, including those charged with tax-writing and border security, won’t be able to prepare bills, tee up hearings, or even hire staff. While some House committees already have uncontested leaders in place, those chairs won’t be able to choose their member lineup or potentially pay staff. The GOP’s subpoena power, too, will be frozen.”

“As frustration inside the House GOP has grown over a small band of anti-Kevin McCarthy lawmakers, an idea to strike back at the rebellious group has been floated among some Republicans: kicking these members off their committees,” CNN reports.

“While discussions over retributions for McCarthy’s foes, which have not been previously reported, have not gone beyond casual conversations among rank-and-file members, the threat shows how Republicans – particularly moderates – are wrestling with ways to act as a counterweight to the so-called ‘Never Kevin’ movement, which is threatening to derail the California Republican’s speakership bid.”

Former Speaker John Boehner teared up during his tribute to Nancy Pelosi at her official portrait unveiling, and said his own daughters told him to “tell the speaker how much we admire her,” NBC News reports.

It’s worth watching, but this line from Pelosi was great: “If he had a regular smartphone, we could reduce the number of conversations, because I could just text him.”

“I had some MAJOR ANNOUNCEMENTS the last couple of weeks, too…

Brittney Griner posted to Instagram a thanks to President Biden and all of her supporters.

Said Griner: “President Biden, you brought me home and I know you are committed to bringing Paul Whelan and all Americans home too. I will use my platform to do whatever I can to help you.”

“Congress cleared a one-week spending bill on Thursday to avert a government shutdown this weekend, buying additional time for lawmakers to resolve frenzied negotiations over a broader spending package to keep agencies and departments funded through next fall,” the New York Times reports.

“The Senate approved the measure 71 to 19, a day after the House acted and barely 24 hours before funding was set to lapse. President Biden was expected to sign it before the midnight Friday deadline.”

Washington Post: “The [Defense] bill, which passed by a vote of 83 to 11, directs how federal dollars can be spent on the Pentagon, the U.S. military, and related programs. This year, it includes an expansion of funds for helping Ukraine fight off a protracted Russian invasion, a new program to supply Taiwan with unprecedented levels of security assistance, a pay raise for service members and measures to address rising costs due to inflation.”

“But with the two parties locked in a faceoff over how to fund the federal government, it remains unclear exactly how much of the defense bill — which tops out at $45 billion more than the Biden administration wanted to spend on such initiatives next year — will be underwritten.”

New York Times: “With Republicans set to take control of the House in January, it essentially locked in the kind of large boost to the military budget that Mr. Biden and many Democrats had sought to avoid while they had unified control of government.”

Kyiv authorities said Ukraine’s capital withstood “one of the biggest rocket attacks” since Russian forces invaded the country nearly 10 months ago, reporting that air defenses shot down nearly all that entered the city’s airspace, the AP reports.

A request by Ukrainian President Volodymyr Zelensky to share a message of world peace prior to kickoff at the World Cup final on Sunday has been rebuffed by FIFA, CNN reports.

Russia warned of “consequences” if the U.S. sends the Patriot air defense system to Ukraine, the AP reports.

“The Biden administration doubled down Thursday on its high-tech containment of China, expanding a ban on commercial exports of advanced U.S. technology that it said aids Beijing’s military and hypersonics programs and enables human rights violations,” the Washington Post reports.

A newly-released document “showed that in October 2021, a one-day contempt trial was held after prosecutors with the Manhattan district attorney’s office requested that the company be punished for ‘willfully disobeying’ four grand jury subpoenas and three court orders enforcing compliance.”

Wall Street Journal: “A rising number of older people around the United States are on the verge of homelessness or now living on the streets after falling on hard times. Homeless shelters and aging-service groups in numerous cities say they are seeing more elderly people in desperate need of housing than in years past.”

A new Pew Research survey “showed a 10-percentage-point increase since 2018 in the share of Americans — now one in two — who see the availability of affordable housing in their area as a serious problem.”

Washington Post: “During the past seven years, as soaring quantities of fentanyl flooded into the United States, strategic blunders and cascading mistakes by successive U.S. administrations allowed the most lethal drug crisis in American history to become significantly worse.”

“Presidents from both parties failed to take effective action in the face of one of the most urgent threats to the nation’s security, one that claims more lives each year than car accidents, suicides or gun violence. Fentanyl is now the leading cause of death for Americans ages 18 to 49.”

“The possibility of 14,000 migrant crossings a day is pushing the Biden administration toward a new rule that would severely limit migrants’ ability to qualify for asylum at the southern border,” Axios reports.