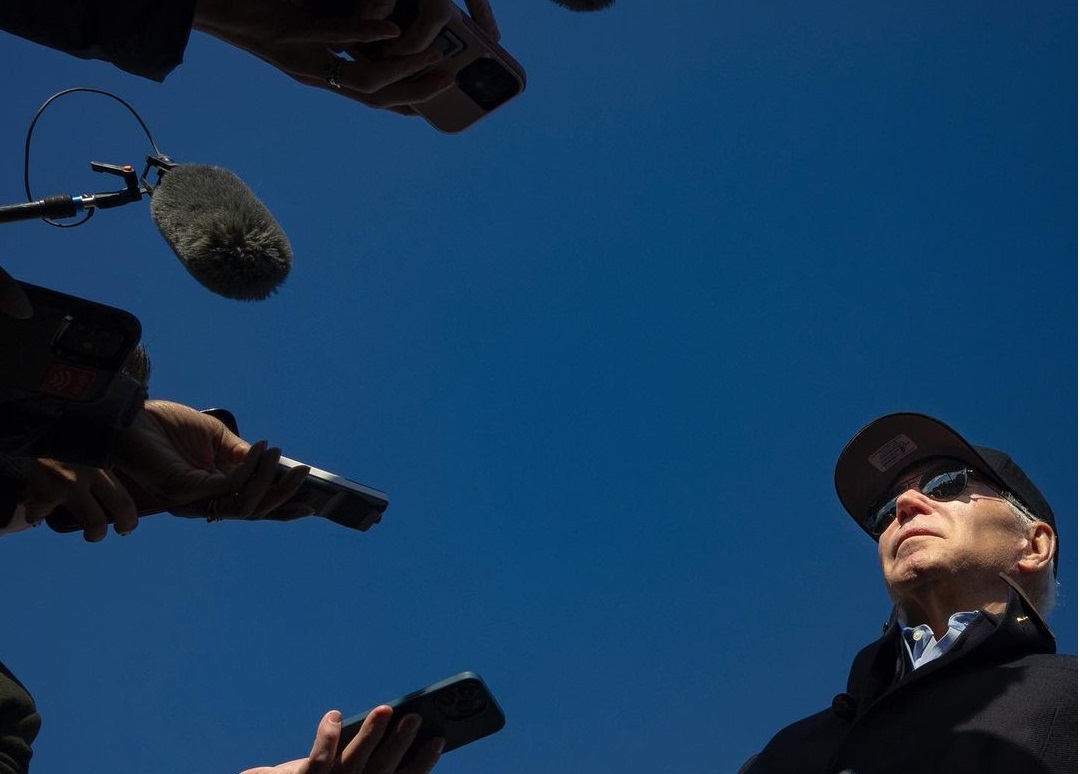 The win gives Democrats a 51 to 49 majority in the Senate.

Stuart Rothenberg pans Herschel Walker: “He is as bad a candidate as I have ever seen.”

NBC News: “During his short campaign, Trump has dominated headlines by dining with the rapper Ye, who has gone on antisemitic tirades in recent weeks, and the white nationalist Nick Fuentes. More recently, Trump advocated for the ‘termination’ of articles of the Constitution as a means to overturn his 2020 defeat.”

“Two Trump companies were found guilty of criminal tax fraud in New York’s highest court Tuesday. He also watched helplessly in recent days as courts handed his tax records to Congress, dragged his White House lawyers before a grand jury and facilitated an investigation into his removal of classified documents from the White House.”

“And on Tuesday night, Herschel Walker’s loss in a Georgia Senate runoff added an exclamation point to the argument that Trump hurt the GOP by picking a bad crop of candidates in swing states. Trump’s Monday tele-rally for Walker didn’t provide the necessary boost.”

Washington Post: “The reelection of Sen. Raphael G. Warnock (D-Ga.) in Tuesday’s runoff testifies to the discernment of Georgia voters and offers a refreshing reminder that character still counts. Republicans won every other Georgia statewide race last month, but about 200,000 citizens who voted for Gov. Brian Kemp (R) refused to support GOP Senate nominee Herschel Walker. Most Georgians, especially his fellow Black Americans, were embarrassed by the former football star’s ignorance and incoherence on the issues, disturbing allegations of hypocrisy on abortion and a history of domestic violence accusations. […]

Georgia, with 11 million residents and 16 electoral votes, is becoming in American politics what Ohio and Florida used to be: a genuinely competitive battleground. The state is more reflective of the United States than Iowa, which through poorly administered caucuses squandered any claim to its role as the starting gate of the quadrennial nominating process. This is why we applaud the Democratic National Committee’s move last week to make Georgia an early primary state, following South Carolina, Nevada and New Hampshire.

Mr. Raffensperger is pouring cold water on this proposal. His office wants Republicans and Democrats to vote on the same day. The Republican National Committee has no plans to adjust its nominating calendar or change its rules for 2024, which means that Georgia could be stripped of GOP delegates if it skips the line to vote before Super Tuesday.

It’s understandable that Mr. Raffensperger doesn’t want Republicans in his state to hold less sway over picking the party’s nominee. But we predict the outcome would be the opposite. If Georgia schedules early presidential primaries, candidates in both parties would almost certainly invest time and resources there, even if fewer delegates were available to Republicans. A primary win in Georgia would send a signal that a candidate has broad appeal — and, ultimately, that they would be a credible contender as a party’s standard-bearer in the 2024 general election.”

WHY DOES GEORGIA HAVE A RUNOFF? So why exactly does Georgia require a runoff for general elections where no one earned a majority in November? The Washington Post’s Matthew Brown explains that the idea came about after the U.S. Supreme Court struck down the Jim Crow-era county unit system, which gave small and predominantly white rural counties disproportionate influence over elections, in 1962.

A new system was successfully promoted in 1964 by segregationist state Rep. Denmark Groover, who had returned to the legislature a few years after losing re-election to an opponent who won with a plurality after consolidating Black support. It was widely understood at the time that Groover’s runoff plan was aimed at hurting Black voters, something he himself acknowledged decades later.

The law, thanks to what Brown calls a “19th century legal quirk,” initially didn’t apply to the governor’s race, where the legislature still was empowered to pick the winner if no one earned a majority. The Democratic-dominated legislature did indeed select segregationist Lester Maddox in 1966 even though Republican Bo Callaway actually earned more votes than him, but a referendum two years later extended the runoff rules to this office.

The Justice Department, citing Groover’s own testimony about his racist intentions, sued in the early 1990s along with the American Civil Liberties Union to abolish the general election runoff system, arguing that it was aimed at hurting Black voters. However, the courts kept it intact: As one expert witness from that case tells Brown, “The judge was willing to believe that while Groover was a racist, he wasn’t responsible for this system.”

This worked out badly for the Democrats in 1992 when Sen. Wyche Fowler was forced into a second round of voting after outpacing Republican Paul Coverdell 49-48 only for Coverdell to prevail 51-49 in overtime. The Democratic legislature, rather than scrap the runoff altogether, changed the law to only require it in races where no one earned at least 45%, a move that allowed Democrat Max Cleland to win the 1996 Senate race outright with a 49-48 plurality.

This lasted until 2005 when Republicans, who controlled both chambers of the legislature for the first time since Reconstruction, once again required candidates to win a majority of the vote to avert a runoff. And sure enough, Republican candidates for years performed considerably better in the second round: In 2008, most notably, Republican Sen. Saxby Chambliss initially led by just 3 points before winning his runoff by 15. And further downballot in a 2006 race for state Public Service Commission, Democratic incumbent David Burgess, who is Black, initially won a 49-46 plurality against Republican Chuck Eaton. But Eaton, who is white, won the runoff 52-48.

Perdue responded by whining that the runoff itself was unfair, carping that Ossoff and Warnock “do not fairly represent most Georgians.” Rather than just abolish that system, though, the GOP legislature simply slashed the time between the general election and a runoff from nine weeks to four, which in effect prevented any voters who newly registered after the general election from being able to vote in the runoff.

Donald Trump’s unfavorable rating has surged to 67% among registered voters, with one-third of Republicans and GOP-leaning voters now viewing him negatively, according to a Marquette Law School national poll.

“Ronna McDaniel is about to draw a challenge to her post as Republican National Committee chair,” Politico reports.

“Harmeet Dhillon, a RNC committeewoman whose firm represents Donald Trump, is prepping a bid for party chair… Dhillon has been talking with fellow RNC members about a prospective run, and those close to Dhillon say a formal launch could come within the next few days.”

“Glenn Youngkin swept into office as a Republican sensation with a fresh formula for victory as the GOP contemplated its future beyond Donald Trump,” the AP reports.

“But one year after Youngkin became the first Republican in more than a decade to win the Virginia governorship, some in his party believe the shine of his national star is being tested just as he quietly contemplates a 2024 presidential run.”

“Most of the midterm candidates Youngkin tried to help this fall were defeated. Major presidential donors, even those who support him, see the 55-year-old former private-equity chief as simply one in a crowded class of would-be Trump alternatives. And there’s concern that Youngkin has few resonant accomplishments to sell skeptical Republican primary voters.”

“Arizona officials certified the state’s vote canvass on Monday, officially declaring winners in the high-profile gubernatorial and Senate races, among other contests, as GOP figures vow to fight the election results in court,” The Hill reports.

The Democrats’ decision to put South Carolina atop the presidential nominating calendar in 2024 could help Vice President Kamala Harris in 2028, NBC News reports.

“Georgia election officials are resisting moves by the Democratic National Committee to move their state up in the 2024 primary window, complicating President Biden’s carefully calibrated plans to reorder his party’s nominating schedule,” Axios reports.  “Democratic leaders are committed to adding Georgia to the top five earliest voting states as a nod to voters of color and the crucial role it has played for them in recent cycles.”

“But Georgia election officials are saying no dice to split primaries, with Georgia Republicans unable to move their primary ahead of March 1.”

White House Chief of Staff Ron Klain told the Wall Street Journal that he expects President Biden to make a final decision shortly after the holidays on whether to seek re-election in 2024 and said he expects him to run.

Said Bolton: “I’d like to see Shermanesque statements from all the potential candidates. If I don’t see that, I’m going to seriously consider getting in.”

New Jersey Gov. Phil Murphy (D), the new chair of the Democratic Governors Association, told Politico that he wouldn’t rule out meddling in GOP primaries to try to get less electable Republicans nominated.

Said Murphy: “I say this literally, you should assume that if something is legal and ethical, nothing’s off the table.”

Murphy said his first priority is getting another term for Kentucky Gov. Andy Beshear (D), who is up for reelection in 2023.

Semafor: “Call it a crisis of faith. Despite appointing the conservative judges who ultimately overturned Roe v. Wade — and fervently courting the religious right during his presidency — prominent evangelicals are beginning to shy away from supporting former President Donald Trump’s third bid for office.”

“A major factor is the same issue driving leaders in other parts of the conservative coalition away from his campaign: They’re not sure he can win.”

“Some Evangelical leaders are also tiring of the former president’s obsession with trying to somehow overturn the previous election and his ever-growing list of personal scandals and inflammatory statements.”