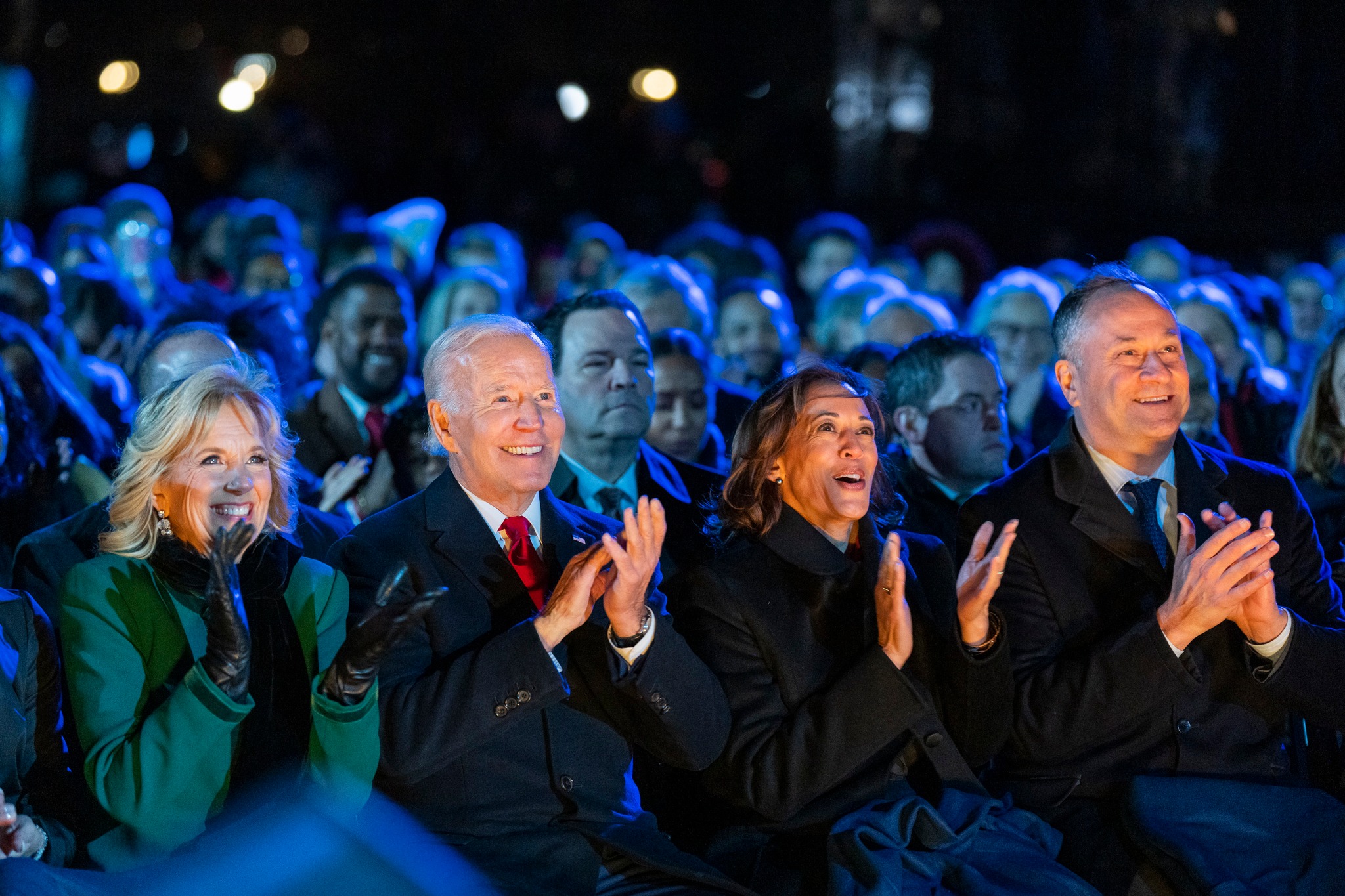 The 2022 midterm elections come to a close today with the Georgia Senate runoff, where Sen. Raphael Warnock (D-GA) has the wind at his back.

Though polls still show a tight race, Warnock has led consistently, and early voting data hint at a Warnock win. This is Warnock’s fourth time before the voters for this seat in less than two years, and he led the vote in each of the previous three. Betting markets give Warnock a 90% chance of victory.

Politico: “Both parties are expecting a close outcome on Tuesday in the closely divided state. After a November election that defied expectations in countless races around the country, a Walker victory is not out of the question.”

“But from Warnock’s first-place finish in the first round of voting to scattered polling and temperature checks of Democratic and GOP operatives, Warnock heads into Election Day as at least a slight favorite to win a full six-year term.”

Atlanta Journal Constitution: The 5 biggest questions of the Senate runoff.

Two new media polls show Democratic incumbent Raphael Warnock with a small lead over Republican Herschel Walker going into Tuesday’s runoff. SurveyUSA, working for WXIA-TV, put the senator ahead 50-47, while SRSS’ poll for CNN had Warnock up 52-48. (SRSS allowed respondents to say they were uncommitted, but almost none did.)

Cheryl Parsa told NBC News how Herschel Walker (R), who has been accused by several girlfriends and his ex-wife of mistreating them, grabbed her throat and threw a punch at her when she found him with another woman at his apartment in Dallas.

Said Parsa: “He had his hand on my throat, my chest, and then he leaned back to throw a punch. And luckily, I was able to avoid that. And the punch landed on the wall instead of me.”

Playbook on if Senator Warnock wins today: “Georgia is a bona fide purple state. Biden’s Georgia win was the breakthrough Peach State Democrats had been heralding for years, and the twin victories in the subsequent Senate runoffs only cemented that claim.”

“But states typically transform over multiple election cycles, and a Warnock victory Tuesday would confirm Georgia’s trajectory as the state’s demographic picture only gets more favorable for Democrats. Could we be looking at Virginia circa 2008?”

Key takeaway: “There’s a blueprint for flipping red states. Democratic organizers in conservative states have pleaded for years for more national investment, and if Warnock pulls it out, they believe they will have irrefutable proof of concept.”

Playbook on if Herschel Walker wins today: “Trump gets a much-needed boost. Speaking of the embattled former president, nothing could undermine the growing sense that Trump is a loser for Republicans than a come-from-behind win by his hand-picked candidate. It would make it that much harder to push the former president and current presidential candidate to the sidelines.”

“Brian Kemp is a political juggernaut. Moving to the runoff, Walker lost the chance to argue that the Senate majority is at stake. But he gained an active and effective surrogate in Gov. Brian Kemp, who kept his distance from Walker during his race against Abrams. Kemp appeared at multiple rallies and cut a direct-to-camera endorsement ad, and it’s hard to see Walker pulling it out without Kemp vouching for him to skeptical suburbanites.”

CA-13: The final unresolved House race of 2022 was called Friday night for Republican agribusinessman John Duarte, who flipped this seat by defeating Democratic Assemblyman Adam Gray 50.2-49.8 after an expensive battle. Biden carried this sprawling constituency in the mid-Central Valley by a 54-43 margin, but Democrats often struggle with midterm turnout in this region. Duarte, though, will almost certainly be a top target when the next presidential cycle comes around in two years.

With this race settled, Republicans will begin the 118th Congress with 222 House seats compared to 212 for Democrats. This tally includes Colorado’s 3rd District, where Democrat Adam Frisch has conceded to far-right Rep. Lauren Boebert even though an automatic recount will take place this month. The final constituency is Virginia’s safely blue 4th District, which became vacant last week following the death of Democratic Rep. Donald McEachin and will be filled through a still-to-be-scheduled special election.

FL-Sen: Retiring Democratic Rep. Stephanie Murphy did not rule out challenging Republican Sen. Rick Scott in 2024, telling the Orlando Sentinel, “I’m running through the tape in this job. And then I’ll figure out what comes next.” Murphy also used the interview to push back on the idea that her state had become unwinnable for Democrats, arguing, “Florida is not dark red. It can be a purple and blue state with the right candidates and with the right field strategy.”

WV-Sen: Democratic Sen. Joe Manchin said Friday he’d announce his re-election plans sometime in 2023, and that he is “not in a hurry” to make a decision.

OR-06: A local judge on Thursday allowed Mike Erickson’s lawsuit against Democratic Rep.-elect Andrea Salinas to proceed, but the Republican’s legal team is hedging whether he’d try to prevent Salinas from taking office or stop at demanding hundreds of thousands in damages over what he claims was a dishonest ad.

NM-02: Defeated GOP Rep. Yvette Herrell sent an email to supporters shortly after she created a new FEC account where she confirmed she was considering a rematch against the Democrat who beat her, Rep.-elect Gabe Vasquez. “We know our work in Washington was not completed, and hundreds of people from all over the District and colleagues in Washington have asked me to stay in the fight,” Herrell said, adding, “All options will be on the table–so stay tuned.”

WI State Senate: Democratic Gov. Tony Evers has scheduled the special election to succeed former Republican state Sen. Alberta Darling, whose resignation gives Democrats a chance to take away the GOP’s new supermajority, to coincide with the April 4 statewide contest for the Wisconsin Supreme Court. Evers’ proclamation also makes it clear the contest for this seat, which is based in the suburbs and exurbs north of Milwaukee, will take place under the new legislative lines drawn up this year.

The new version of this seat would have backed Trump 52-47, according to Dave’s Redistricting App. Republican Sen. Ron Johnson last month won the district 54-46, according to our calculations, while GOP gubernatorial nominee Tim Michels prevailed over Evers here by a smaller 52-48 spread.

The only notable candidate currently running to succeed Darling is Republican state Rep. Dan Knodl, who launched his bid on Tuesday. Prospective contenders have until Jan. 3 to file, and primaries would take place Feb. 21 if needed.

Faiz Shakir: “Since the 1970s, Iowa, the state famous for its unique town-meeting-style caucuses, has had the honor of being the first to register its recommendation for the Democratic nominee for president. Yet on Feb. 3, 2020, as the campaign manager for Bernie Sanders, I witnessed a historic travesty of election justice as Iowa’s Democratic Party-led caucus failed to do the one thing it absolutely had to do: count votes and declare an outcome. The state party was unable to report a winner on caucus night (and for many nights thereafter), over-relying on a faulty mobile app and subsequently pointing fingers at others for its own faults.”

“In Iowa alone, the Sanders campaign spent millions of dollars on ads and office rentals and hired the largest field staff of any campaign. We made a huge investment in trying to ensure Mr. Sanders would win the state, but its process failed us on election night — and the other Democratic candidates. Iowa failed the country; because it couldn’t make elemental democracy work, it embarrassed a party that was trying to defeat Donald Trump by appealing to democratic foundations and principles. And most unfortunately, Iowa failed its own residents, who cycle after cycle had shown an incredible seriousness of purpose in fulfilling their unique role to choose a president.”

New Hampshire Journal: “Whatever the presidential primary calendar is in 2024, it absolutely will not be the one President Joe Biden dumped on the Democratic National Committee last Thursday night.”

“Yes, it was approved by the DNC’s Rules and Bylaws Committee (RBC) the next day, and yes, it is all but certain to be passed by the entire DNC early next year. But the South Carolina – New Hampshire/Nevada – Georgia – Michigan scheme Biden foisted on his party is a political fantasy.”

“Instead, it is part of a White House political strategy: Protect Joe Biden from the Democratic primary voters of New Hampshire.”

James Pindell: “With Biden and the party’s collective stamps of approval, you might think it’s all a done deal. But guess what? The DNC has no power to actually make any of this happen.”

“These primaries are all run by states. Four of the five states listed have Republican governors. Heck, the state required to make the boldest change, South Carolina, is entirely run by Republicans. And since the GOP has recommended no such changes, if these states, especially Georgia and Michigan, try and move their state primary dates for both political parties they will be in violation of Republican National Committee rules.”

“As far as Republicans are concerned, they are sticking with the traditional first four states: Iowa, New Hampshire, South Carolina, and Nevada.”