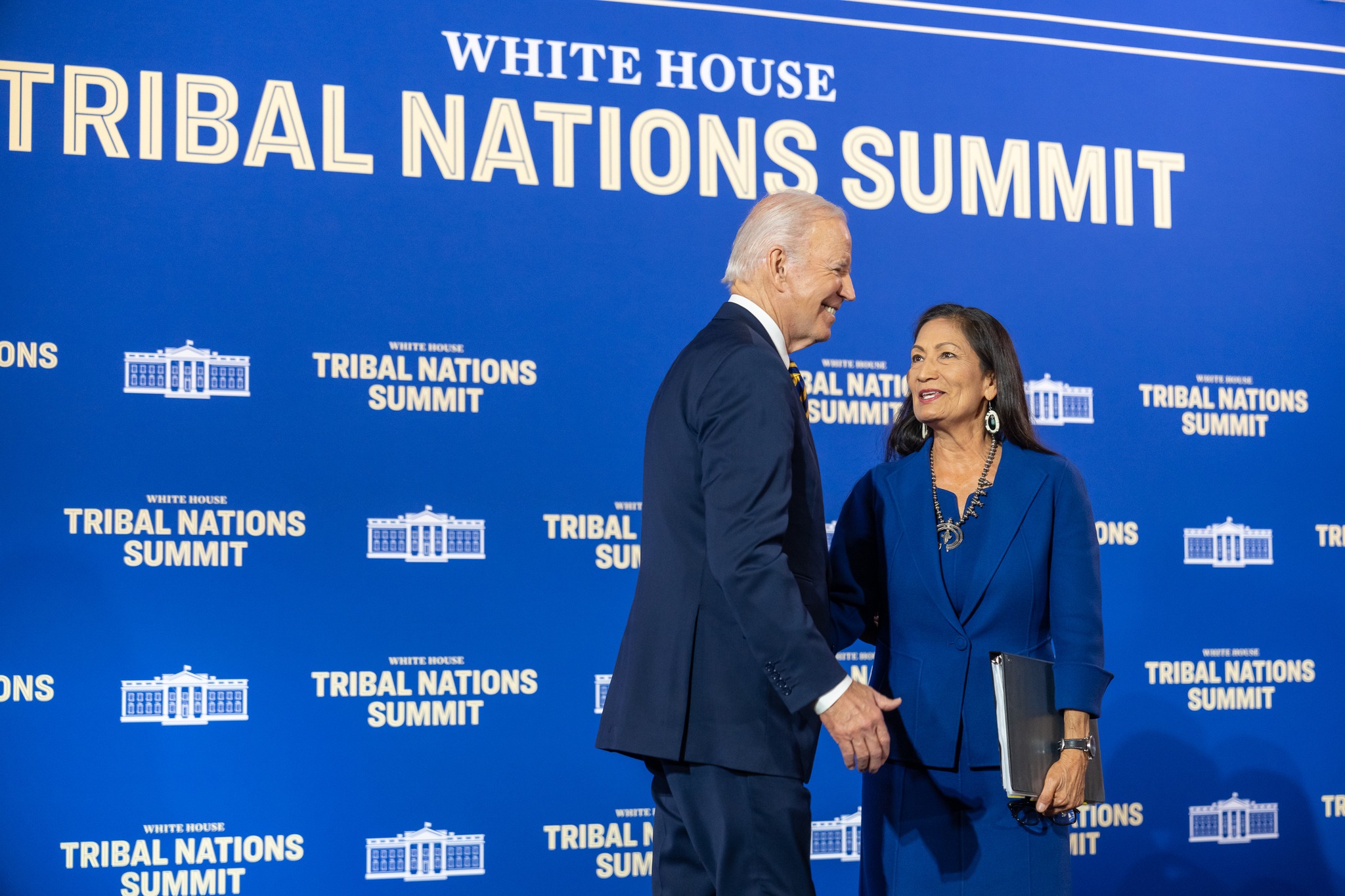 Said Walker: “Well, what’s sad is they’re always trying to mislead people. That’s the same as you listening to… Obama talking about I’m talking about vampires and werewolves… Why don’t they tell the whole story?”

“They’re not because they know right now that the House will be even so they don’t want to understand what is happening right now. You get the House, you get the committees. You get all the committees even, they just stall things within there. So if we keep a check on Joe Biden, we just going to keep a check on him.” — Georgia U.S. Senate candidate Herschel Walker (R), in an interview with Politico, arguing he hasn’t seen any lack of enthusiasm from voters.

“Herschel Walker defended his campaign strategy less than four days before the Georgia Senate runoff and denied that he has been avoiding questions from voters and mainstream news organizations,” Politico reports. Said Walker: “I’ve never been hiding.”

Playbook: “As predicted, some Republicans who dislike Walker no longer feel that voting for him is as existential anymore. Both Biden and Trump have decided to stay away, reducing the national circus-like nature of the race. And polls show a consistent Warnock lead: Of seven surveys released since early November, five showed a Warnock lead, one had the race tied, and one showed a 1-point Walker lead.”

“But the outcome will still have major implications. A 51-49 Senate means that committees will no longer have even memberships, making Chuck Schumer’s ’s attempts to get legislation and nominations to the floor easier. And the balance of power in the Democratic caucus will shift slightly to the left, denying Sen. Joe Manchin (D-WV) the extraordinary control he exercised in 2021 and 2022.”

Cook Political Report: “For decades, House races have become more parliamentary, with individual candidate quality and ideological fit taking a backseat to party labels and the prevailing national winds. In 2020, there were just 16 seats that split their tickets between president and House, a faint shadow of the 83 in 2008.”

“But this cycle rolled back the clock: candidates and campaigns mattered, a lot. Back in September, we created an ideological scorecard to classify GOP House nominees as either ‘traditional,’ more governing-oriented Republicans or more confrontational Trump enthusiasts/endorsees and those would fit in with the hard-line Freedom Caucus. In the end, independent voters proved open to the first group. But, ‘MAGA’ true believers badly bombed.”

Larry Sabato’s Crystal Ball: “Republicans won a slim House majority at least in part by winning more victories in districts that Joe Biden carried than Democrats did in districts carried by Donald Trump.”

“There are currently slated to be 18 Republicans in Biden seats and just 5 Democrats in Trump seats.”

Associated Press: “The caucuses and their outsize importance were largely an exercise in myth-making, that candidates could earn a path to the White House by meeting voters in person where they live, and earnest, civic-minded Midwesterners would brave the winter cold to stand sometimes for hours to discuss issues and literally stand for their candidate.”

“As the caucuses have played out, the flaws have become glaring. First among them: The state’s Democrats botched the count in 2020, leaving an embarrassing muddle. But there were more. Since 2008, the state’s political makeup has changed dramatically, from a reliable swing state to solidly Republican. And with the Democratic Party increasingly becoming a party of diversity, Iowa’s lack of it left the state without much of a rationale for leading the way.”

“They also formally aligned themselves with a demographic reckoning decades in the making, reflecting the growing clout of the racially diverse coalition that brought Mr. Biden to power — and implicitly rebuking two overwhelmingly white states that rejected him in 2020.”

“For political obsessives, the change — which must still be voted on by the whole committee — feels sweeping and swift.”

Dan Balz: Biden shakes up the primary calendar and insulates himself from challengers.

“Sen. Dianne Feinstein hasn’t said if she intends to seek another term in 2024 — but the competition to succeed the oldest member of Congress is escalating,” Politico reports.

“Reps. Ro Khanna and Katie Porter are fielding entreaties to jump into the race, and Rep. Adam Schiff has publicly declared he is exploring a run. Rep. Barbara Lee is spending the holidays mulling her next move.”

“Three hopefuls have contacted former Sen. Barbara Boxer to seek her advice, marking the incipient stages of a fierce fight between California Democrats for a seat that has not been open for a generation.”

Playbook: “On the one hand, the state will receive more attention and advertising dollars. Its restaurants and hotels will experience mini-booms around primary season. Its local issues will become national ones, the same way that Iowa’s ethanol policy became sacrosanct. (Jonathan Alter suggests that reparations for slavery may be the new ethanol.) There’s a reason New Hampshire protects its first-in-the-nation primary status in state law.”

“But it’s not all upside. Generally, Iowa and New Hampshire’s role has been to winnow the field of candidates, not pick the nominee. That’s an important and worthy function, but over time South Carolina developed what is arguably a more significant role: it watched the early-state results and had the ability to either reject or affirm the decisions made by the overwhelmingly white — and more liberal — Democrats in the midwest and New England.”

Washington Post: “The tableau underscored the dynamic in the Democratic Party following their better-than-expected showing in November’s midterm elections. For months, donors and party operatives had quietly — and then sometimes publicly — worried whether President Biden should seek a second term, and if there was a strong enough Democratic bench ready to take over if and when he steps aside.”

“But Biden’s current plan to run for reelection in 2024 — when he will be 82 years old — has postponed the political ambitions of the future ‘generation of leaders’ to whom candidate Biden promised to be a ‘bridge.’ Nowhere is that more apparent than among the crop of reelected and newly elected Democratic governors, many of whom outperformed Biden in the states that are critical to winning the White House.”

“No Democratic governor has said they plan to challenge Biden should he go through with a reelection effort, as many fully expect him to do. Instead, the governors — even the most ambitious ones — vow in both public and private to be full-throated supporters of Biden’s 2024 campaign.”