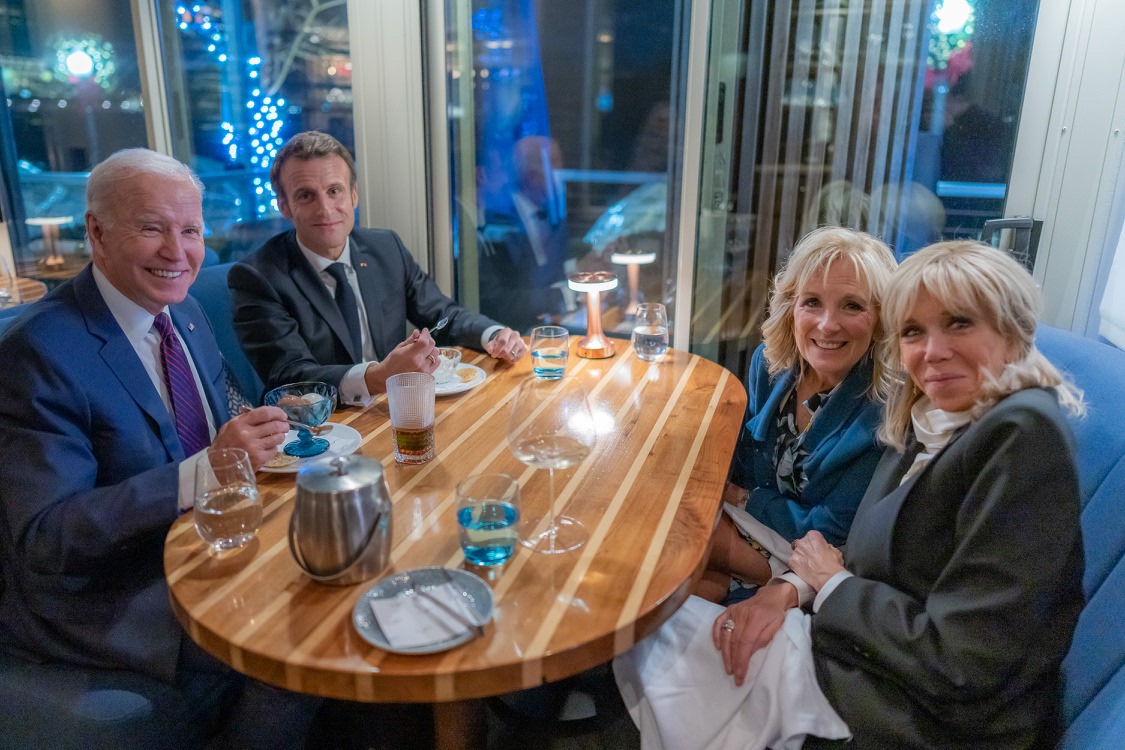 Washington Post: “After more than a year of high inflation, many consumers are finally starting to catch a break. Even apartment rents and car prices, two items that hammered millions of household budgets this year, are no longer spiraling out of control.”

“Global supply chains are finally operating normally, as more consumers spend more on in-person services like restaurant meals and less on goods like furniture and computers that come from an ocean away. The cost of sending a standard 40-foot container from China to the U.S. West Coast is $1,935 — down more than 90 percent from its September 2021 peak of $20,586, according to the online freight marketplace Freightos.”

USA Today: “Administration officials say formula production now is outpacing levels before the recall, and in-stock rates are approaching what they were before, but they acknowledge more needs to be done to ensure all the formula gets where it’s needed.”

Associated Press: “The court is set to hear arguments Wednesday in a case from North Carolina, where Republican efforts to draw congressional districts heavily in their favor were blocked by a Democratic majority on the state Supreme Court because the GOP map violated the state constitution.”

“The question for the justices is whether the U.S. Constitution’s provision giving state legislatures the power to make the rules about the ‘times, places and manner’ of congressional elections cuts state courts out of the process.”

Rep. David Joyce (R-OH) declined to denounce former President Trump for suggesting the termination of the Constitution’s election provisions over unfounded claims of mass electoral fraud in 2020, The Hill reports.

Said Joyce: “He says a lot of things. You have to take him in context… I can’t be really chasing every one of these crazy statements that come out about — from any of these candidates that come out.”

However, he added: “I will support whoever the Republican nominee is.”

Wall Street Journal: “Republicans distanced themselves from former President Donald Trump‘s call to ignore the Constitution and the 2020 election results, but shied away from directly criticizing the man who is still their party’s political figurehead.”

“Iran is abolishing the morality police, according to an announcement by the attorney general carried on state media, following months of protests set off by the death of a young woman who was being held by the force for supposedly violating the country’s strict Islamic dress laws,” the New York Times reports.

Former Gov. Chris Christie’s (R) niece bit, kicked, and spit on six deputies after she was kicked off a plane on Thanksgiving for asking passengers she thought to be Latino if they were “drug mules” who were “smuggling cocaine,” the New Orleans Times Picayune reports.

She shouted that the deputies were going to lose their jobs or end up in jail, boasting that she was related to powerful people and that her uncle is a friend of Donald Trump.

“Lachlan Murdoch, the chief executive of the Fox Corporation, is expected to be deposed on Monday as part of a $1.6 billion defamation lawsuit against Fox News for amplifying bogus claims that rigged machines from Dominion Voting Systems were responsible for Donald Trump’s defeat in 2020,” the New York Times reports.

“Mr. Murdoch will be the most senior corporate figure within the Fox media empire to face questions under oath in the case so far. And his appearance before Dominion’s lawyers is a sign of how unexpectedly far and fast the lawsuit has progressed in recent weeks — and how contentious it has become.”

“Fox and Dominion have gone back and forth in Delaware state court since the summer in an escalating dispute over witnesses, evidence and testimony. The arguments point to the high stakes of the case, which will render a judgment on whether the most powerful conservative media outlet in the country intentionally misled its audience and helped seed one of the most pervasive lies in American politics.”

“Lara Trump, a vociferous supporter of her father-in-law and his policies when he campaigned for re-election to the White House in 2020, is parting ways as an official contributor to Fox News Channel,” Variety reports.

“The Republicans are going to have to work out their issues with the former president and decide whether they’re going to break from him and return to some semblance of reasonableness, or continue to lean into the extremism, not just of Trump but of Trump-ism.” — Rep. Hakeem Jeffries (D-NY), quoted by Axios, on Donald Trump’s call to suspend the U.S. Constitution.

Defense Secretary Lloyd Austin said the U.S. is at a pivotal point with China and will need military strength to ensure that American values, not Beijing’s, set global norms in the 21st century, the AP reports.

“Beijing has set up more than 100 so-called overseas police stations across the globe to monitor, harass and in some cases repatriate Chinese citizens living in exile, using bilateral security arrangements struck with countries in Europe and Africa to gain a widespread presence internationally,” CNN reports.

“Rep. Dan Crenshaw (R-TX), a leading Republican fundraiser who has worked to build a national political profile, has been hit with a hefty fine for violating federal campaign finance rules,” the Daily Beast reports.

“On Friday, officials at the Federal Election Commission disclosed they had fined Crenshaw’s campaign committee $42,000, after the campaign failed to properly return more than $220,000 in illegal campaign contributions.”

New York City Mayor Eric Adams (D) “announced a major effort on Tuesday to remove people with severe, untreated mental illness from the city’s streets and subways, saying New York had ‘a moral obligation’ to address ‘a crisis we see all around us,’” the New York Times reports.

“The effort will involve hospitalizing people involuntarily, even if they do not pose an immediate risk of harm to others.”

“Nearly 20,000 people in the United States were admitted to the hospital for flu last week, almost double the number of admissions from the week before,” CNN reports.

“The CDC estimates that there have been at least 8.7 million illnesses, 78,000 hospitalizations and 4,500 deaths from influenza this season.”