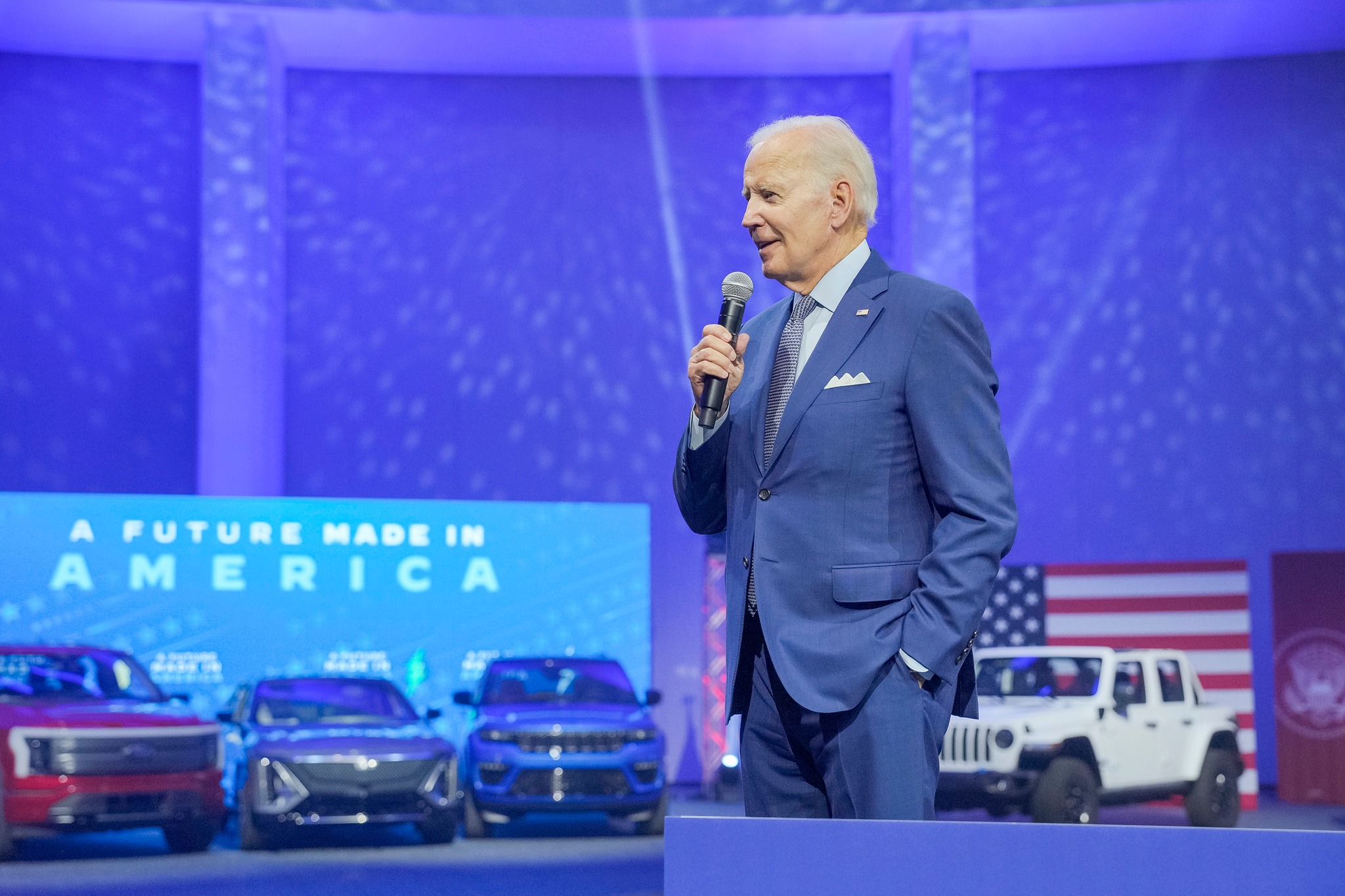 Inside Elections has a rating change for the Georgia U.S. Senate runoff.

“Inside Elections has rated this race a Toss-up for the entirety of the cycle. It was close on Nov. 8 and the finale is likely to be close as well. But it’s hard to see how Warnock and Walker each have the same chance of winning. Not only did the senator outpace Walker narrowly a month ago (and win two years ago), but Democrats are outspending Republicans down the stretch, Warnock’s image is better than Walker’s, Democrats have been hitting their early turnout goals, and Republicans lost the potency of a core message when control of the Senate was decided by other races. We’re changing our rating to Tilt Democratic.”

“A rating change toward Warnock should not be equated to a guaranteed win for the Democrat, nor does it indicate Walker cannot win. There’s just more evidence pointing to a Warnock victory, even amidst the uncertainty of turnout in an oddly-timed election. Continuing with a Toss-up rating would be the easiest handicapping decision, but it also wouldn’t accurately reflect the dynamic of the race.”

Atlanta Journal-Constitution: “The former president spoke to a boisterous crowd of several thousand people ahead of Tuesday’s runoff, which will determine whether Warnock or his Republican challenger, Herschel Walker, go to Washington.”

“A former longtime girlfriend of Republican senatorial candidate Herschel Walker has come forward to detail a violent episode with the football star, who she believes is ‘unstable’ and has ‘little to no control’ over his mental state when he is not in treatment,” the Daily Beast reports.

Said Cheryl Parsa: “He’s a pathological liar. Absolutely. But it’s more than that. He knows how to manipulate his disease, in order to manipulate people, while at times being simultaneously completely out of control.”

She added that when she was with Walker, he used his diagnosis as an “alibi” to “justify lying, cheating, and ultimately destroying families.”

Newt Gingrich: “Presidents Dwight Eisenhower and Ronald Reagan both preferred to be underestimated. Both wanted people to think of them as pleasant – but not dangerous. They found being underestimated was a major asset. While people laughed at them, they were busy achieving their goals and getting their programs implemented.”

“Biden has achieved something similar…”

“Today there is not nearly enough understanding (or acknowledgement) among leading Republicans that our system and approach failed. We need to rethink from the ground up how we are going to Defeat Big Government Socialism – including almost inevitable second-time Democrat Presidential Nominee Biden.”

“This is a much bigger challenge than I would have guessed before the election.”

“Term-limited Maryland Gov. Larry Hogan (R) was holding fundraisers for future political activity Wednesday at events where the Republican is expected to talk about his eight years as governor, as well as plans for the future,” the AP reports.

Former U.N. ambassador Nikki Haley said that “she would take the Christmas holiday to mull a possible 2024 presidential bid, contradicting her statement last year that she wouldn’t enter the race if Trump opted to run again,” the AP reports.

Tara Palmeri: “Despite all his West Point, Harvard Law School, and C.I.A. credibility, Mike Pompeo spent much of his career as a Koch supplicant and Trump ring-kisser, an opportunist’s opportunist who knows how to expertly conceal his ambition under the veneer of umbrage. And yet Pompeo’s most recent bout of opportunism might seem a bit far-fetched: In October, the one-day presumptive Republican presidential contender flew to Dallas to meet with No Labels, the bipartisan group that is pushing for a third party ticket on the ballot in 2024.”

“No Labels, as I’ve reported in the past, has been stoking interest among its wealthy Wall Street (and Wall Street-adjacent) supporters interested in a third party challenge to a presumptive Trump-Biden rematch.”

“Pompeo’s meeting was attended by No Labels founder Nancy Jacobson and disgraced former journalist Mark Halperin, who works for the organization.”

“Michigan is poised to replace Iowa as an early Democratic presidential nominating state, upending the current primary lineup and breaking with a half-century of precedent,” Politico reports.

“President Joe Biden signaled to Michigan Democrats during his trip to the state this week that he’d bless their bid to hold their primary in the early-state window in the future, according to a senior Michigan Democrat.”

NBC News: “New Hampshire, Nevada and South Carolina are likely to retain their early spots, while Iowa would lose its first-in-the-nation status. Many insiders expect will Michigan will follow the other three states.”

“But the about-face is particularly striking in Pennsylvania, where Republicans have adopted an especially uncompromising approach to mail-in voting.”

KY-Gov: Republican state Sen. Ralph Alvarado, who just months ago expressed interest in running for governor of Kentucky, has very firmly taken himself out of the running by accepting the post of health commissioner of Tennessee.

NH-SoS: Former Democratic state Sen. Melanie Levesque, who mounted an unsuccessful comeback campaign this year after narrowly losing her bid for re-election in 2018, recently announced that she’s seeking the position of secretary of state, which is currently held by Republican David Scanlan. New Hampshire citizens don’t get a direct vote on the matter, however. Rather, both chambers of the legislature—24 senators and 400 members of the House—will collectively choose between Scanlan and Levesque when they convene on Dec. 7.

The split between the two parties is extremely close: At the moment, there are 215 Republicans to 208 Democrats, with one House seat vacant due to an unresolved tied election. Absences are common, and crossing the aisle is by no means unheard of: In 2018, just after Democrats retook the legislature, a number of dissidents sided with Republicans to re-elect Scanlan’s predecessor, Bill Gardner, over Democrat Colin Van Ostern in a tight 209-205 vote.

As a result, a Levesque victory can’t be ruled out despite the GOP’s nominal edge. It’s also possible that the unsettled situation in the House, where Republicans hold just a 201-198 edge with one seat unresolved, will yield a power-sharing deal, which in turn could include an agreement on a new secretary of state.

VA-04: Several Democrats aren’t ruling out running in the upcoming special election to succeed the late Rep. Donald McEachin, though they’re understandably reluctant to say much this soon after the congressman’s death. It also remains to be seen how Democrats will choose their nominee for this safely blue Richmond-based seat.

Del. Lamont Bagby told 8News of McEachin, whom he’s called a father or brother figure, “I think it’s a little too soon to talk about it, but there is no secret I’ve always wanted to follow in my big brother’s footsteps.” Fellow Del. Jeff Bourne likewise relayed that he was still “trying to process the immense loss of such a wonderful father, husband and public servant.”

State Sen. Jennifer McClellan, who succeeded McEachin in the legislature, responded, “We’re mourning him right now and that is a conversation that probably will be had eventually but I’m not prepared to have it right now.” A spokesperson for Richmond Mayor Levar Stoney also declared that a special election bid “is not on the Mayor’s mind at all right now.”

Finally, state Sen. Joe Morrissey, who has long been one of the most unreliable Democrats in the legislature in between two different stints as an independent, said, “It’s way too premature for me to say yay or nay.” Morrissey, though, sounded happy where he is as the key vote in Team Blue’s 21-19 majority, adding, “I will say this. I love being in the [state] Senate. I love being able to do something substantive for Virginia, and I’m not so sure that being one of 435 members would allow me to be as effective.”

IN-Gov, IN-Sen: Politico’s Adam Wren reported Wednesday that Sen. Mike Braun filed paperwork the previous day for a potential run to succeed his fellow Republican, termed-out Gov. Eric Holcomb. Braun, whose seat is also up in 2024, didn’t quite commit to a bid to lead the Hoosier State, saying, “We’ll talk to you down the road.” Braun’s chief of staff, though, sounded far more sure about his boss’ plans, telling Wren, “Mike Braun has filed his paperwork to run for governor and will be making an official announcement of his candidacy very soon.”

There’s already plenty of talk about which Republicans could run to replace Braun in the Senate. A spokesperson for Rep. Jim Banks said last week, “He will strongly consider it if Sen. Braun runs for governor in 2024.” Politico also reported back in September that fellow Rep. Victoria Spartz had told people she planned to campaign for an open seat.

It’s rare for a first-term senator to leave after just one term, though Braun burned his bridges just after the election when he supported NRSC chair Rick Scott’s failed effort to oust Senate Minority Leader Mitch McConnell. It’s also fairly unusual for members of the upper chamber to campaign for governor, where most states have term limits for their chief executives.

Indeed, the University of Minnesota’s Eric Ostermeier last year found that just three sitting senators have been elected governor during the 21st century, with Kansas Republican Sam Brownback pulling this off most recently in 2010. Louisiana Republican David Vitter also tried this career switch in 2015, but the scandal-ridden senator lost to Democrat John Bel Edwards in a true upset.