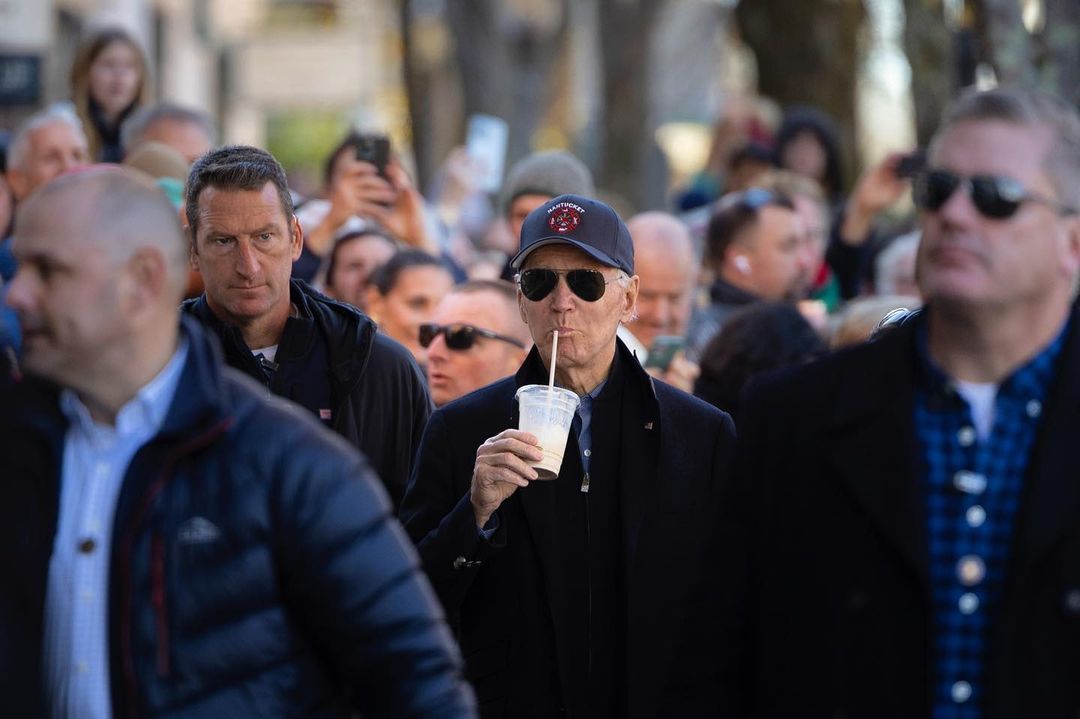 “Walker is back on the campaign trail on Monday… but his disappearing act less than two weeks before the Dec. 6 runoff baffled many of his Republican allies.”

In just three years as a politician, Sen. Raphael Warnock (D-GA) has raised an astounding $301 million in campaign contributions, Inside Elections reports.

Associated Press: “Ads with the candidates’ ex-wives. Cries of ‘liar’ flying in both directions. Stories of a squalid apartment building and abortions under pressure. Questioning an opponent’s independence. His intellect. His mental stability. His religious faith.”

“The extended Senate campaign in Georgia between the Democratic incumbent, Raphael Warnock, and his Republican challenger, football legend Herschel Walker, has grown increasingly bitter as their Dec. 6 runoff nears. With Democrats already assured a Senate majority, it’s a striking contrast from two years ago, when the state’s twin runoffs were mostly about which party would control the chamber in Washington.”

Georgia Gov. Brian Kemp (R) “has filed paperwork with the Federal Election Commission to create Hardworking Americans Inc., a federal PAC that will allow the Republican to boost his national profile,” Axios reports.

“Kemp’s unique success defeating a Trump-backed opponent in a primary and a Democrat in a key battleground has made him something of a case study for Republicans. It’s also paved the way for speculation about his future national ambitions.”

“The new PAC could set Kemp up for a federal run, including for U.S. Senate. Sen. Jon Ossoff (D-GA) will be defending his seat in 2026, the same year Kemp’s gubernatorial term will end.”

Said Lindell: “With all my due diligence and in prayer, I am 100% running for RNC chairman against Ronna McDaniel. It’s going to change real fast. We’re going to get our country right, really quick.”

He added: “The RNC collects money and then they don’t do anything with election crime.”

New York Times: “Mr. Biden’s political advisers have also been ramping up outreach to his early backers, and his team has scheduled a gathering for major supporters and key party figures to discuss the administration’s agenda on Dec. 15 at the White House.”

Donald Trump demanded that Kari Lake (R) be named the winner of the Arizona governor’s race — even though she lost.

Said Trump: “Massive numbers of ‘BROKEN’ voting machines in Republican Districts on Election Day. Mechanics sent in to ‘FIX’ them made them worse. Kari had to be taken to a Democrat area, which was working perfectly, to vote.”

He added: “Her opponent ran the Election. This is yet another criminal voting operation – SO OBVIOUS. Kari Lake should be installed Governor of Arizona.”

“Donald Trump will not cross the Florida state line to campaign with Herschel Walker during the final week of the Georgia Senate runoff election, after both camps decided the former president’s appearance carried more political risks than rewards,” the New York Times reports.

“Instead of holding one of his signature campaign rallies, Mr. Trump is planning a call with supporters in the state and will continue sending online fund-raising pleas for Mr. Walker.”

“The decision to keep Mr. Trump out of the spotlight was a response largely to the former president’s political style and image, which can energize his core supporters but also motivate Democratic voters and turn off significant segments of moderate Republicans.”

Associated Press: “The party enters the next cycle defending 23 seats, including two held by independents who caucus with Democrats. That’s compared with just 10 seats that Republicans hope to keep in their column.”

“Adding to the potential hurdles is that some 2024 contests are in states that have become increasingly hostile to Democrats, including Montana, Ohio and West Virginia. Other Democratic-held seats are in some of the same hotly contested states that were at the center of this year’s midterms, such as Pennsylvania, Arizona and Nevada. And while Democrats carried each of those races, they did so at great cost and with sometimes narrow margins.”

Associated Press: “The 6-foot-8 Fetterman will tower over the currently tallest senator, Republican Tom Cotton of Arkansas by 3 inches. And he might be the most tattooed senator (if not the only tattooed senator).”

“He may break some things: He can be aggressively progressive, campaigning hard on a pledge to rid the Senate of the filibuster rule. He also might become the Senate’s biggest media attraction: He’s plainspoken and, especially on social media, has a wicked wit.”

Senate: The Associated Press’ Michelle Price takes a very early look at the 2024 Senate battleground map and gives us some new information in several key races:

• NV-Sen: Army veteran Sam Brown, who lost this year’s Senate primary 56-34 after running an unexpectedly well-funded campaign against frontrunner Adam Laxalt, is being mentioned as a prospective foe against Democratic incumbent Jacky Rosen. A Brown advisor didn’t rule anything out, saying, “He has committed to his supporters that he will never stop fighting for their issues, but he has not made any decisions as to whether that involves a future run for office.”

• PA-Sen: Neither former hedge fund manager David McCormick nor Big Lie spreader Kathy Barnette, who both lost this year’s Senate primary to Mehmet Oz, would respond to Price’s inquiries about a campaign against Democratic Sen. Bob Casey. An unnamed person close to McCormick told Politico all the way back in June that he was considering the idea.

• UT-Sen: An advisor for Attorney General Sean Reyes said of a possible GOP primary challenge to incumbent Mitt Romney, “He’s certainly set up to run, but it does not mean he’s considering it.” The Deseret News wrote earlier this month that Reyes was “actively pursuing a campaign” against Romney, who has not announced if he’ll seek a second term.

• WI-Sen: GOP Rep. Mike Gallagher deflected Price’s questions about his interest in taking on Democratic Sen. Tammy Baldwin, merely saying, “Any talk of the next election, especially since we just had an election, distracts from the serious work we need to do.”