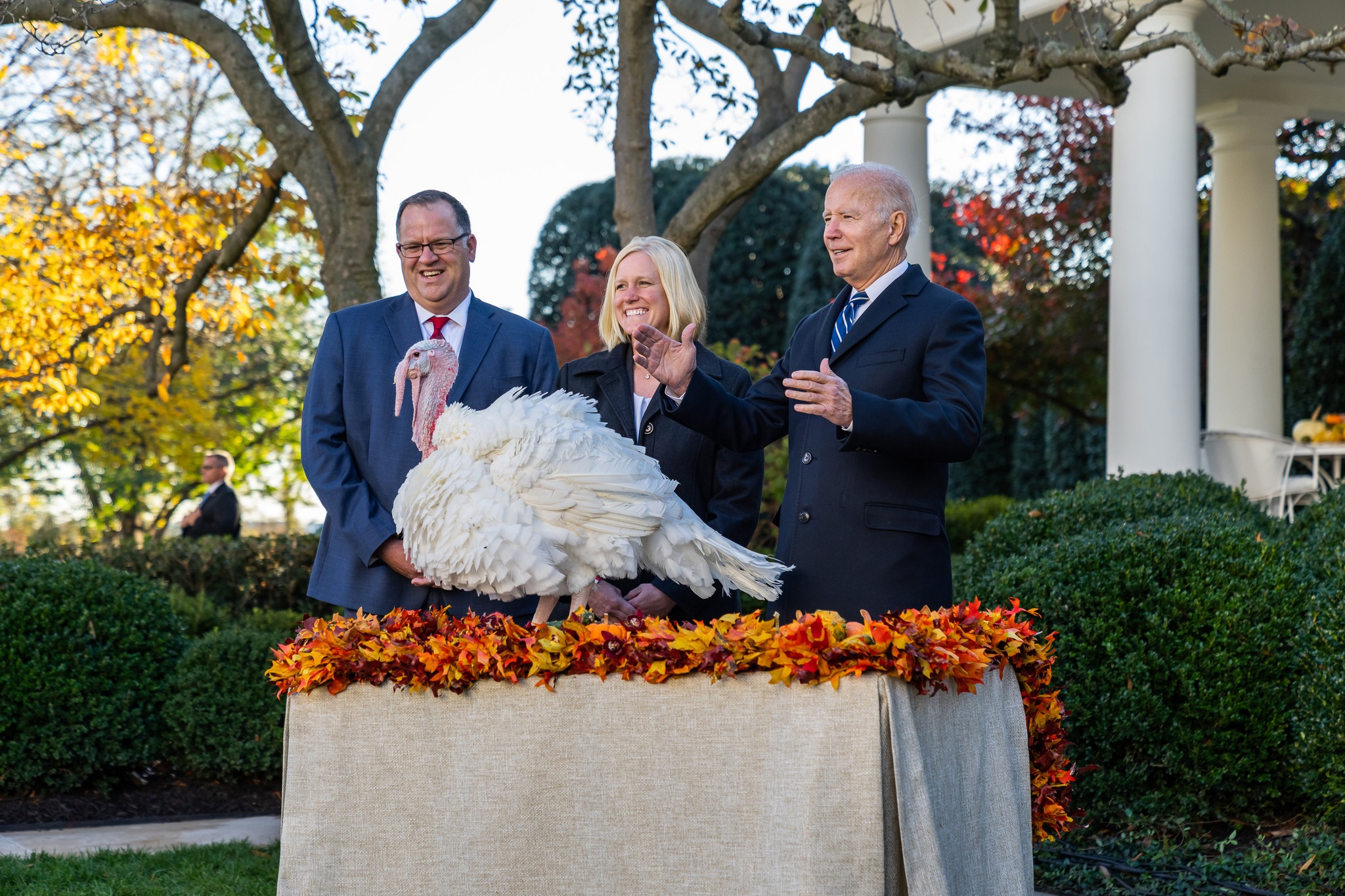 “Six people were shot and killed inside a Walmart in Chesapeake, Va., on Tuesday night, the authorities said, shattering the routine of residents who were picking up supplies for Thanksgiving during a busy holiday week,” the New York Times reports.

It’s absolute madness that we tolerate these shootings.

A New York judge has scheduled an October 2023 trial for former U.S. President Donald Trump, three of his adult children and the Trump Organization in a lawsuit brought by New York Attorney General Letitia James accusing them of fraudulently overvaluing the real estate company’s assets and Trump’s net worth. Reuters reports.

Punchbowl News: “Overall, we can’t emphasize to you just how uncertain things are in the Republican conference right now. Each day, we field texts and calls from lawmakers or aides asking just how McCarthy will win a vote to be speaker. Many of these entreaties are from people who’d like to see McCarthy lead the House.”

“After covering McCarthy for his entire congressional career – and having written a book that was primarily about him – we can’t recall a situation as perilous for the California Republicans as the one he faces right now. His failed run for speaker in 2015 was a lot less dramatic. McCarthy dropped that bid before he even made it to a GOP conference vote.”

Josh Kraushaar points out that “the number of House Republicans in crossover seats — districts carried by President Biden — nearly doubled from 2020 to 2022.”

Politico: “We’re already hearing from a host of moderate House Republicans who won in Biden districts who are dreading the prospect of overly aggressive probes. It’s not what they ran on this election cycle — and certainly not what they want to be talking about after spending their campaigns focused on the economy.”

“From the moment he left the White House in defeat last year, Donald Trump has teased the prospect of a third presidential campaign. But in the week since he officially declared his candidacy, the former president has been uncharacteristically low key,” the AP reports.

“There has been no massive stadium kickoff rally, notable for someone who has turned such events into a signature of his public life. His newly reinstated Twitter account, which helped fuel his political rise nearly a decade ago, sits silent with its more than 87 million followers.”

“He hasn’t announced plans to visit the key early voting states that will shape the contest for the Republican nomination, nor has he sat for a round of high-profile interviews. Indeed, since his announcement speech, Trump hasn’t held a public event.”

Jonathan Bernstein: “There are roughly two dozen House Republicans who, based on the midterm results or their districts’ makeup, are likely to face difficult re-election battles in 2024. While these Republicans typically get far less attention than the party’s anti-democratic extremists — those who praise autocrats like Hungarian Prime Minister Viktor Orban and spread former President Donald Trump’s false claims about the 2020 election — they potentially have far more leverage.”

“That’s because moderate Republicans could undermine the GOP’s slim House majority by reaching across the aisle to work with Democrats. Extremists, for all their bluster, have no such option.”

“The narrow GOP majority means moderate Republicans could exercise their influence to press for centrist priorities that could help them with voters in 2024. But their leverage will only be helpful if they choose to take advantage of it. In recent years, the majority of House Republicans, fearful of being labeled Republican in Name Only, have allowed the party’s extremist fringe represented by the likes of Marjorie Taylor Greene, Matt Gaetz and Jim Jordan to intimidate them.”

“House Minority Leader Kevin McCarthy (R-CA) called on Homeland Security Secretary Alejandro Mayorkas to resign over his handling of the U.S.-Mexico border, saying that GOP lawmakers will consider impeachment next year if he does not step down,” The Hill reports.

Said McCarthy: “If Secretary Mayorkas does not resign, House Republicans will investigate, every order, every action and every failure will determine whether we can begin impeachment inquiry.”

“House Republicans will soon inherit a legacy of subpoena defiance and delay that many of them cheered on while Democrats pursued sprawling investigations into the Trump administration,” Axios reports.

“Data from a laptop that the lawyer for a Delaware computer repair shop owner says was left by Hunter Biden in 2019 – and which the shop owner later provided to the FBI under subpoena – shows no evidence of tampering or fabrication,” according to an independent review commissioned by CBS News.

“Pence’s position about testifying is absurd, not least because his book contains insights he should have shared with Congress about the violent attempt to disrupt the peaceful transition of power following the 2020 election.”

“Tucked inside what at first appears to be just another memoir from a politician with presidential ambitions is the revolting plot of a sitting president’s secret pressure campaign against his vice president. Pence’s book should not only be read as a messaging device for 2024; it should be read as evidence for the ongoing investigations into January 6th.”

GOP megadonor Peter Thiel told Inc. Magazine that he’s interested in parabiosis, which includes the practice of getting transfusions of blood from a younger person, as a means of improving health and potentially reversing aging.

Said Thiel: “I’m looking into parabiosis stuff, which I think is really interesting. This is where they did the young blood into older mice and they found that had a massive rejuvenating effect.”

“The Biden administration on Tuesday extended the pandemic-era student loan payment pause and interest accrual until June 2023 while the administration faces legal challenges to its forgiveness plan,” The Hill reports.