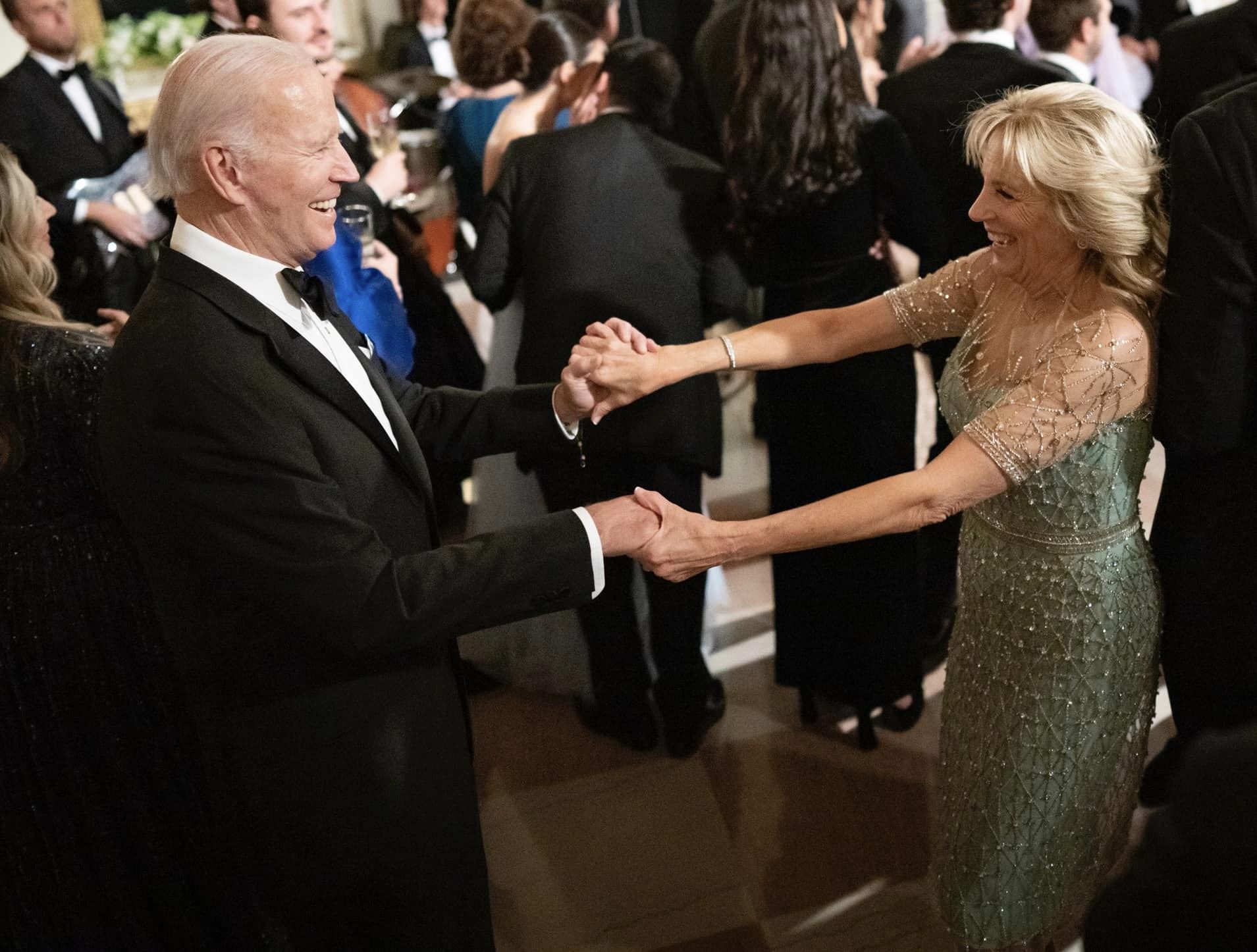 In just a few hours, Donald Trump lost at the Supreme Court and saw his lawyers face a very skeptical panel of judges on the U.S. 11th Circuit Court of Appeals.

It must be hard for Trump to focus on his new presidential campaign.

First, the Supreme Court removed the last roadblock for the House Ways & Means Committee to finally obtain Trump’s tax returns. Trump has been fighting the subpoena since 2019 and probably thought a Supreme Court with three of his appointees would rule in his favor. The terse order did not include any legal reasoning for the decision.

Then, in a potentially more significant case, the 11th Circuit heard the Justice Department argue that the special master appointed to review the government documents seized at Trump’s Mar-a-Lago was wrongly decided. All of the judges on the panel — two of whom were Trump appointees — appeared to agree. A final ruling could be just days away.

In both cases, the arguments put forth by Trump’s own lawyers were deemed so weak that even his own judicial appointees saw little merit in them.

“House Speaker Nancy Pelosi and House Majority Leader Steny H. Hoyer are stepping down after decades in top leadership posts, but an octogenarian across the Capitol is pledging to stay in charge,” the Washington Times reports.

“Senate Minority Leader Mitch McConnell, 80, who was reelected last week to a record-shattering ninth term as head of the Republican conference, will not be stepping aside.”

“The statement refutes speculation from anonymous Senate Republicans outside his inner circle that Mr. McConnell won’t serve for long in leadership but may remain in the Senate in another role, perhaps in a senior position on the powerful Appropriations Committee.”

Politico: “With Republicans narrowly taking control of the House, and Donald Trump announcing another presidential bid, President Joe Biden and aides are moving with speed to counter an anticipated barrage of right-wing attacks. For months, White House officials have been laying plans to prepare for congressional probes and possible impeachment fights.”

“Presidential aides know they’re coming in for uncomfortable, even deeply personal, clashes over everything from the chaotic withdrawal from Afghanistan to migrants crossing the southern border to the Biden family itself. … But officials and others in on the planning contend the new, tougher terrain also will create opportunities to draw contrasts with political opponents whose priorities they view as outside the mainstream and, frankly, extreme.”

A remarkable account of the heroics of Richard M. Fierro, a retired Army major who was watching a drag show at a Colorado Springs gay club with his wife and daughter and her boyfriend, when he heard the sound of small arms fire.

“Richard Fierro was at a table in Club Q with his wife, daughter and friends on Saturday, watching a drag show, when the sudden flash of gunfire ripped across the nightclub and instincts forged during four combat deployments in Iraq and Afghanistan instantly kicked in. Fight back, he told himself, protect your people.”

Said Fierro: “I don’t know exactly what I did, I just went into combat mode. I just know I have to kill this guy before he kills us.”

“It was Mr. Fierro’s first time at a drag show, and he was digging it. He had spent 15 years in the Army, and now relished his role as a civilian and a father, watching one of his daughter’s old high-school friends perform.”

“I don’t know exactly what I did, I just went into combat mode. I just know I have to kill this guy before he kills us.”

“These kids want to live that way, want to have a good time, have at it. I’m happy about it because that is what I fought for, so they can do whatever they hell they want.”

“I grabbed the gun out of his hand and just started hitting him in the head, over and over.”

“In combat, most of the time nothing happens, but it’s that mad minute, that mad minute, and you are tested in that minute. It becomes habit. I don’t know how I got the weapon away from that guy, no idea. I’m just a dude, I’m a fat old vet, but I knew I had to do something.”

“Driving home from the hospital I told them, ‘Look, I’ve gone through this before, and down range, when this happens, you just get out on the next patrol. You need to get it out of your mind.’ That is how you cured it. You cured it by doing more. Eventually you get home safe. But here I worry there is no next patrol. It is harder to cure. You are already home.”

The boyfriend was killed in the shooting.

The Verge: “While fielding employee questions for about a half-hour from Twitter’s San Francisco headquarters, Elon Musk said there are ‘no plans’ to move Twitter’s headquarters to Texas like he did with Tesla, but that it could make sense to be ‘dual-headquartered’ in California and Texas.”

Washington Post: “Newly appointed special counsel Jack Smith continues to work remotely from Europe as he assembles a team, finds office space, and takes over two high-stakes investigations into former president Donald Trump — complex cases that officials insist will not be delayed by Smith’s appointment, even as they also said they do not know when he will return to the United States.”

“Smith, a war crimes prosecutor at the International Criminal Court at The Hague, injured his leg in a recent bicycle accident and is recovering from surgery.”

“U.S. officials are jetting around the globe in a quiet diplomatic push to get Russia’s major trading partners to enforce sanctions and trade controls, as exports to the country pick up after diving in the weeks following Moscow’s invasion of Ukraine,” the Wall Street Journal reports.

“The U.S. and its allies claimed early successes in their international pressure campaign, which disrupted Russia’s military supply chains and pitched its economy into a steep contraction.”

“But so-called sanctions leakage—in which weak enforcement enables banned finance and trade to flow—is undermining the campaign, aiding Russia’s economy and potentially prolonging the war, according to senior Western officials.”

Former Texas Gov. Rick Perry, who served nearly three years as U.S. Secretary of Energy under former President Donald Trump, was noncommittal about whether he would support the former president in his reelection bid, the Texas Tribune reports.

Said Perry: “I’m of the opinion that this will all sort itself out. For me personally, it’s kind of like, show me what you got. Whether it’s Donald Trump, whether it’s DeSantis, whether it’s somebody that we haven’t seen yet.”

CNN: “Top Democrats see Republicans’ unenthusiastic greeting of Donald Trump’s third White House bid with a combination of schadenfreude and perhaps some other German word for terrifying, unintended consequences: They love seeing the former president struggle, but privately some tell CNN they worry this could lead to a more difficult 2024 campaign against a younger, fresher Republican.”

“Today, after a drawn-out legal fight, Sen. Lindsey Graham (R-SC) is scheduled to appear before an Atlanta-area grand jury investigating whether attempts by Donald Trump and his associates to overturn the 2020 presidential election results amounted to criminal activity,” the Washington Post reports.

“Prosecutors in Fulton County, Ga., want to hear about conversations that Graham had with Georgia officials about mail-in ballots in the weeks following the election as Trump contested his loss to Joe Biden.”

Associated Press: “Jurors will begin weighing his words and actions on Tuesday, after nearly two months of testimony and argument in the criminal trial of Rhodes and four co-defendants. Final defense arguments wrapped up late Monday.”

“The jury will weigh the charges that the Oath Keepers were not whipped into an impulsive frenzy by Trump on Jan. 6 but came to Washington intent on stopping the transfer of presidential power at all costs.”

Politico: “Democrats eager to find a legislative solution before 2023 for young undocumented immigrants are getting a wake-up call: They need votes from Republicans who don’t want to do it.”

“As the GOP prepares to take the House, top Senate Democrats are desperately proclaiming that the post-election session is the best — and perhaps only — chance for Congress to act in the near term on deportation protections for the immigrants known as ‘Dreamers.’ And with good reason: After the Senate passed a comprehensive bill in 2013, the Republican-controlled House never took it up.”

“President Joe Biden is enjoying an extended period of peacetime with the progressive wing of his party. But keeping it that way may depend on whether he can keep hold of his chief of staff,” Politico reports.

“Energized by the White House’s actions on key priorities such as climate, student debt and marijuana, progressives are openly rooting for Ron Klain to stay on as Biden’s top aide. And they view better-than-expected midterms as vindication of the president’s decision to pursue an expansive agenda.”

Washington Post: “As the potential for damages mounted, [Alex] Jones began moving millions of dollars out of his company, Free Speech Systems, and into companies controlled by himself, friends or relatives, according to a Washington Post review of financial statements, depositions and other court records. The transfers potentially put those funds out of reach of the Sandy Hook plaintiffs.”

Associated Press: “A growing number of physicians and families tell similar stories as a post-Roe fear comes to pass: Pregnant women with dangerous medical conditions are showing up in hospitals and doctors’ offices only to be denied the abortions that could help treat them.”

“The prosecution rested its case on Monday in the criminal trial of former President Donald Trump’s real estate company on charges including tax fraud after calling five witnesses over three weeks, setting the stage for the Trump Organization to begin to mount its defense,” Reuters reports.