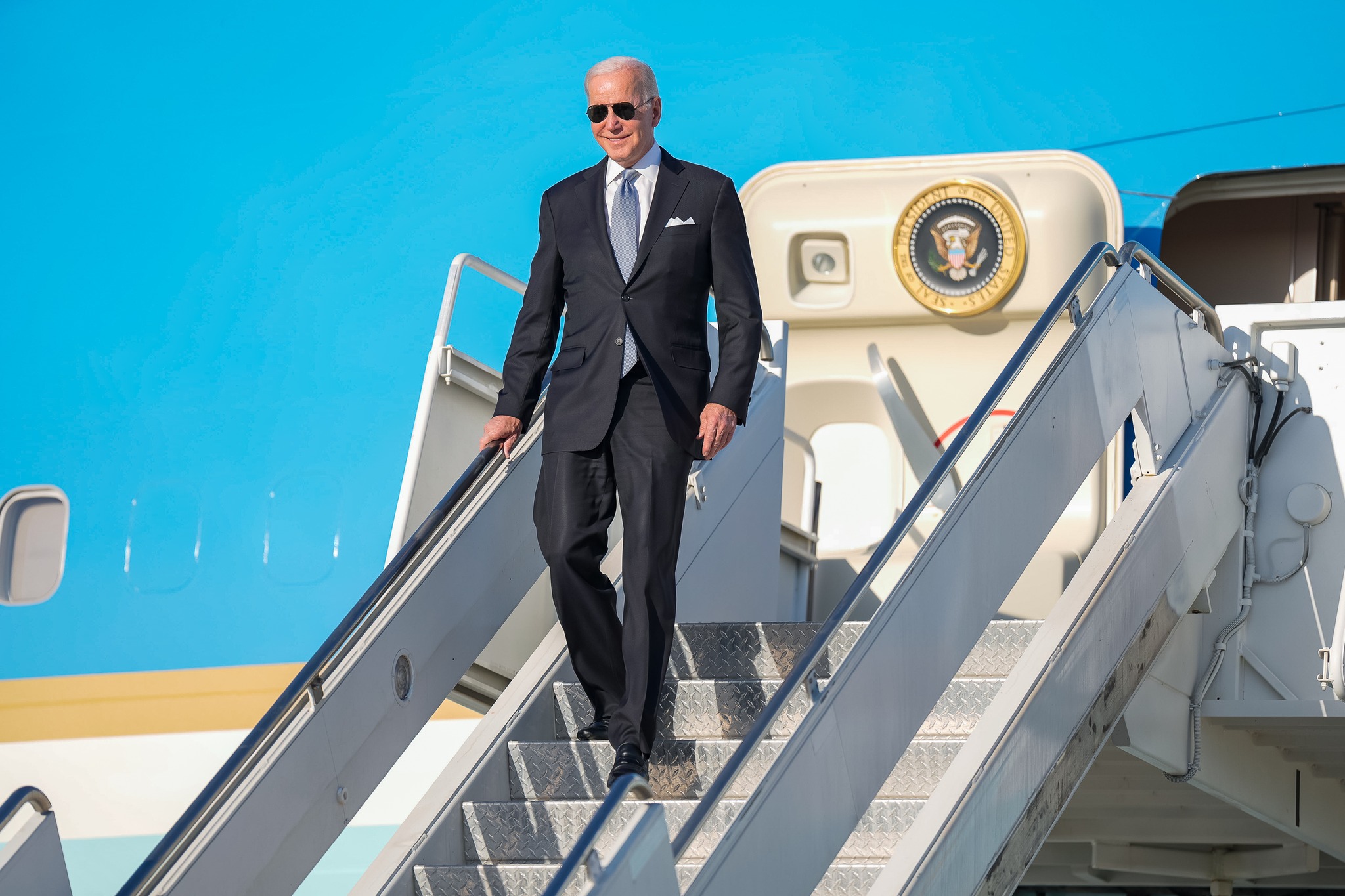 At least five people were killed and 18 injured late Saturday in a shooting at an LGBTQ nightclub in Colorado Springs, the New York Times reports.

Associated Press: “The motive behind Saturday’s shooting was not immediately known but it brought back memories of the 2016 massacre at the the Pulse nightclub in Orlando, Florida, that killed 49 people. And it occurred in a state that has experienced several notorious mass killings, including at Columbine High School, a movie theater in a Denver suburb in 2012 and a Boulder supermarket last year.”

Rep. Adam Schiff (D-CA) lamented the growth of the GOP’s “crazy caucus” as Republicans prepare to take control of the chamber in January, ABC News reports.

Schiff was asked about GOP leader Kevin McCarthy’s promise to kick Schiff off the intelligence committee, to which Schiff responded that he thinks McCarthy will follow the lead of hardline lawmakers.

He added: “It’s going to be chaos with Republican leadership. And, sadly, the crazy caucus has grown among the Republicans.”

Wall Street Journal: “No one generated more excitement than Florida Gov. Ron DeSantis, who had the prime-time speaking slot Saturday and walked on stage to a reception unmatched by others.”

Fox News: “DeSantis appeared to be the star of the three-day confab, grabbing the most applause of the speakers.”

Dan Balz: “In the spring of 1999, Bush stayed in Austin and let the world come to him. Republicans kept arriving daily — elected officials, donors, strategists and policy experts. As other candidates trooped to Iowa, a group of Iowa Republicans chartered two planes to Austin. Bush used the time to consolidate support among fellow governors and other elected officials, build a financial network and immerse himself in briefings.”

“DeSantis could run a similar front-porch campaign from Tallahassee in the coming months, as his team prepares for a possible candidacy. The governor said this past week that people should ‘chill out’ about 2024. In his reelection campaign, he declined to say he would serve out his four-year term.”

“DeSantis has a team in place. He has proven his ability to raise plenty of money, and that pile of money could be transferred to a super PAC to support a candidacy. His record as governor — often described as a combination of traditional conservatism with a heavy dose of culture wars — already gives Republican voters something to look at.”

“It won’t be like 2016 where Republicans had 17 candidates because Donald Trump is just too strong and intimidating. If there are multiple candidates, Trump will win hands down. If it’s only one or two bona-fide outsider conservatives, it’s a fair fight and Trump could lose it.”— Former Bush White House press secretary Ari Fleischer, quoted by the Wall Street Journal.

“Two reports analyzing two different criminal investigations into Donald Trump have reached a singular conclusion: there is enough evidence to bring charges against the former president,” The Hill reports.

“Veteran prosecutors and top legal minds this week banded together to offer an assessment of two ongoing probes — one in Georgia examining Trump’s actions in the state leading up to Jan. 6, 2021, the other led by the Justice Department as it explores the mishandling of sensitive government documents at Mar-a-Lago.”

Associated Press: “The oldest president in U.S. history, Biden hits his milestone birthday at a personal crossroads as he and his family face a decision in the coming months on whether he should announce for reelection. He’d be 86 at the end of a potential second term.”

“Biden aides and allies all say he intends to run — and his team has begun quiet preparations for a campaign — but it has often been the president himself who has sounded the most equivocal.”

Said Biden: “My intention is that I run again. But I’m a great respecter of fate.”

“With less than a month to go before he leaves office, Los Angeles Mayor Eric Garcetti is pressing his effort to get the U.S. Senate to confirm his appointment as ambassador to India, a fraught campaign complicated by a Republican senator whose office is trying to renew doubts about whether the mayor and his staff mishandled sexual harassment allegations against a top aide,” the Los Angeles Times reports.

“It has been more than 16 months since President Biden nominated Garcetti as the U.S. representative to the world’s largest democracy. A vote on the appointment has never been scheduled, as Garcetti and his allies strain to reach the 50 votes needed for approval.”

“L.A.’s mayor has waited far longer for confirmation — nearly 500 days — than all others whom Biden has designated to be ambassadors.”

“Federal prosecutors investigating Sen. Bob Menendez (D-NJ) are examining whether his wife received gifts or services from individuals who sought favors from the New Jersey politician,” the Wall Street Journal reports. “The U.S. attorney’s office for the Southern District of New York has subpoenaed associates of Mr. Menendez’s wife, Nadine Arslanian, whom he married in 2020.” Menendez is up for re-election in 2024 and probably vulnerable to a primary challenge.

Fox News significantly decreased its volume of violent crime coverage in the week of the midterm elections, down 63% from the week prior, Media Matters reports.

Just before the November 8 election, sheriffs found the underage son of Oklahoma Gov. Kevin Stitt (R) “intoxicated and in possession of multiple firearms,” but he was not arrested or cited, the Oklahoman reports.

Three days after Gov. Greg Abbott tweeted a legally dubious invocation of the “invasion clause” of the U.S. and Texas constitutions over the high number of migrant encounters at the Texas-Mexico border, his border mission is set to include armored personnel carriers designed to carry troops into battle alongside tanks, the Texas Tribune reports.

“A constitutional amendment that would have asked voters to enshrine abortion as a basic human right appears doomed out of the starting gate after Democratic Senate and Assembly leaders have concluded that they don’t have the votes to pass it,” the New Jersey Globe reports.

“Enough Democratic lawmakers in both houses have objected to cause the plan to be pulled.  Democrats also faced obstacles from groups they had hoped would fund the referendum, including Planned Parenthood of New Jersey, who thought the planned constitutional amendment did not go far enough in preserving reproductive rights. But perhaps more importantly, national pro-abortion groups want to spend their money in states that have not already codified Roe v. Wade into law.”

“The Justice Department has opened an antitrust investigation into the owner of Ticketmaster, whose sale of Taylor Swift concert tickets descended into chaos this week,” the New York Times reports.

“The Biden administration on Friday urged the Supreme Court to clear one of the legal obstacles blocking its student debt relief program, as part of the administration’s broader legal effort to have the policy reinstated,” The Hill reports.

“Stewart Rhodes and the leaders of the Oath Keepers repeatedly called on then-President Donald Trump to deploy the military to prevent ceding the Oval Office to Joe Biden. When he didn’t, prosecutors said Friday, they decided to do it themselves,” Politico reports.

“After a grinding eight-week trial, the most significant to emerge from the Jan. 6 attack on the Capitol, prosecutors pleaded with jurors to consider the weight of Rhodes’ words in the lead-up to Jan. 6, 2021.”

“A Donald Trump fan who was convicted on all counts after telling jurors that he thought he was ‘following presidential orders’ when he stole a liquor bottle and a coat rack from the U.S. Capitol on Jan. 6 was sentenced to three years in federal prison on Friday,” NBC News reports.

“Dustin Thompson, a college-educated Ohio man who testified that he believed Trump’s lies about the 2020 election, was convicted on six charges in April after he told jurors he was seeking Trump’s ‘respect’ and ‘approval’ on Jan. 6.”