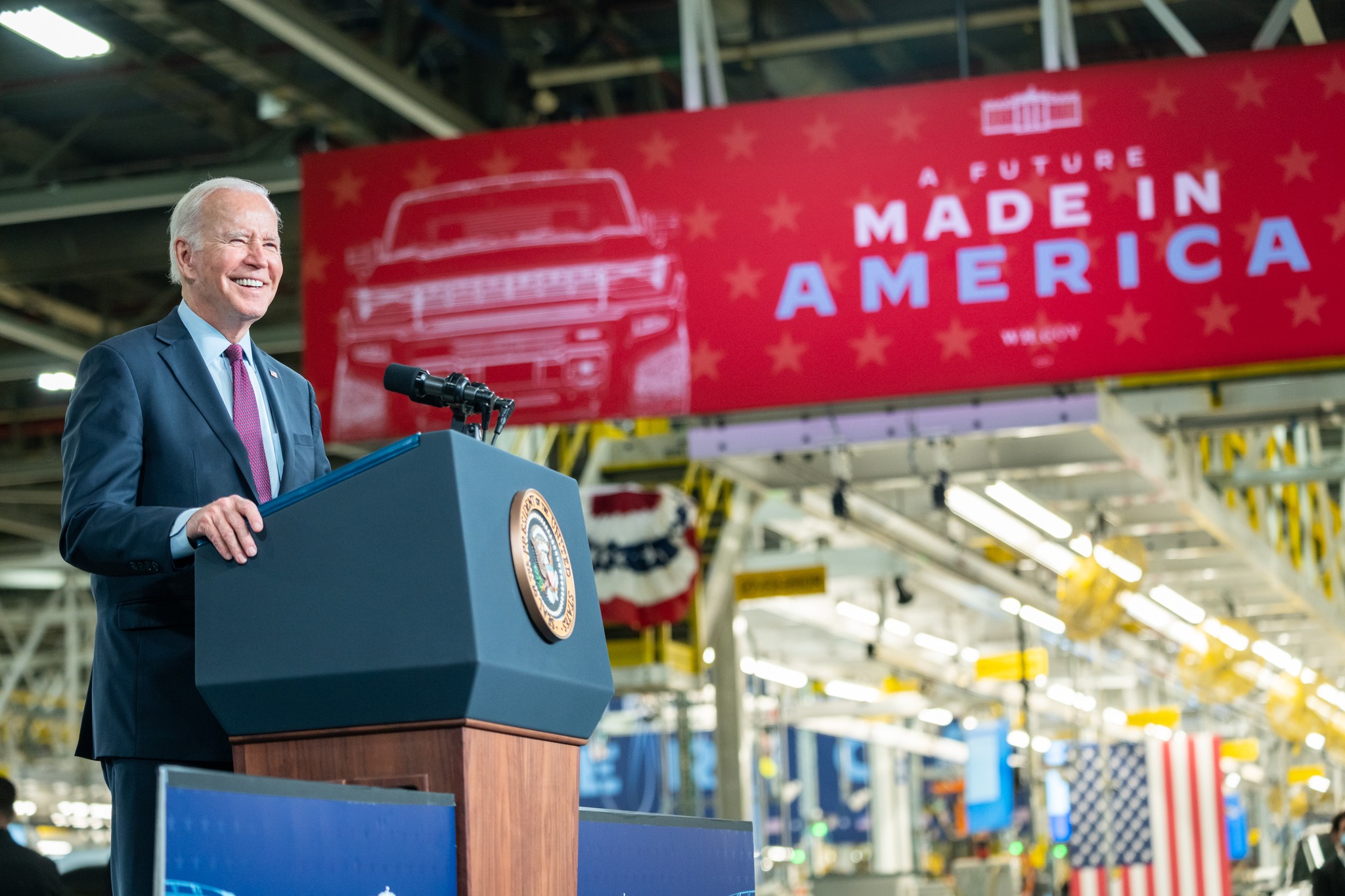 When Donald Trump entered the Republican presidential primary in 2015, he was mocked by Rupert Murdoch’s media empire, no major donors supported him and establishment Republicans wanted nothing to do with him.

That’s exactly how his entry into the 2024 presidential race was greeted.

But that doesn’t mean Trump will ride easily to the GOP nomination like he did then. There’s a huge difference now: Donald Trump is a loser. And Americans don’t like losers. No one knows this better than Trump himself. That’s why he continues to falsely claim that he actually won the 2020 election.

Republicans were happy to back up Trump’s election denial because they felt he needed his support in the GOP primaries. But after a miserable 2022 midterm election — and with much of the blame placed on Trump — many Republicans know they no longer need him. In close races, Trump’s endorsement was actually the worst thing you could have.

Trump’s chances to win the GOP nomination probably increase if the presidential field is large. And if the Republican Jewish Coalition meeting in Las Vegas is any indication, that first debate stage may be packed. Among those speaking this weekend are Ron DeSantis, Glenn Youngkin, Mike Pompeo, Mike Pence, Rick Scott, Kristi Noem, Nikki Haley, Larry Hogan, Chris Christie and Trump himself.

What’s different now is that every one of them stands to gain by pointing out that Trump is a loser. Many have already started. It’s one thing for 2024 Republicans to run against Joe Biden because they claim he’s a bad president. But it’s quite another to nominate the guy who already lost to him.

“The Republican Party’s nascent 2024 class, emboldened as ever, openly cast Donald Trump as ‘a loser’ over and over on Friday as they courted donors and activists fretting about the GOP’s future under the former president’s leadership,” the AP reports.

“Trump’s vocal critics included current and former Republican governors, members of his own Cabinet and major donors who gathered along the Las Vegas strip for what organizers described as the unofficial beginning of the next presidential primary season. It was a remarkable display of defiance for a party defined almost wholly by its allegiance to Trump for the past six years.”

Donald Trump had planned only a video message at the Republican Jewish Coalition meeting today in Las Vegas, but will now appear in person at the event featuring many of his potential rivals for the 2024 Republican presidential nomination.

Times of Israel: “Donald Trump has changed his mind and is ready to speak to the Republican Jewish Coalition. What’s not as clear is how ready Jewish Republicans are to hear from him…”

“The star of the conference appears to be Florida Governor Ron DeSantis, who has a prime speaking slot, as opposed to Trump’s less auspicious placement.”

GEORGIA U.S. SENATOR. “A Fulton County judge ruled Friday that the Georgia Secretary of State cannot prohibit counties from voting on the Saturday after Thanksgiving, a victory for the state Democratic Party and Sen. Raphael Warnock’s campaign,” NBC News reports.

“The order comes after a brief legal battle between Secretary of State Brad Raffensperger’s office and the Democratic Party of Georgia over the Dec. 6 Senate runoff between Warnock and Republican Herschel Walker.”

“Raffensperger, a Republican, had maintained that changes to Georgia voting laws meant that there could be no early voting on Nov. 26, the only Saturday when it would have been possible for Georgians to cast an early vote in the hotly contested race.”

David Corn: “As Walker acknowledges, he has a history of dangerous and reckless behavior. He played Russian roulette with a loaded gun and fantasized viscerally about committing murder, and his ex-wife says he once held a gun to his head. Walker asserts he doesn’t remember that horrific incident, but he claims other troublesome actions and violent thoughts were the result of Dissociative Identity Disorder (DID), which causes a person to have multiple autonomous personalities… And, Walker maintains, he has been cured. So regarding the violence in his past, Walker essentially says, It was my other personalities, and they no longer have a grip on me.”

“But there’s no proof of any of this.”

“Walker has not released medical records, which presumably would confirm the initial diagnosis and show the treatment he underwent. They also would disclose his current condition. Might Walker still be afflicted by DID, despite his insistence he has been ‘healed’? Walker is covering up, providing no documented details of his professed bout with DID or his purported cure.”

Atlanta Journal Constitution: “Now one of the defining questions of the runoff is whether these voters will vouch for Warnock again, reluctantly vote for Walker — or avoid the post-Thanksgiving race altogether.”

“The answer will determine whether Warnock’s party gains a crucial one-vote cushion in the Senate, where the split is currently 50-49 in favor of Democrats, or whether Republicans enter the year on the cusp of a majority.”

“Georgia Governor Brian Kemp, who won re-election this month, campaigned for the first time with fellow Republican Hershel Walker, in a tight runoff race for US Senate,” Bloomberg reports.

“Kemp’s support is considered crucial in Walker’s match-up against incumbent Senator Raphael Warnock. The governor won 200,000 more votes in the Nov. 8 midterm election than Walker, a former football player and Olympic athlete whose campaign has been damaged by charges of violence against his former wife and claims that he has paid for abortions though he says he opposes the procedures.”

ALASKA U.S. SENATOR. “Sen. Lisa Murkowski, a moderate Republican who was censured by the Alaska Republican Party, pulled ahead of her right-wing opponent Kelly Tshibaka in the number of first-choice votes, with late-counted absentee and early votes breaking in her favor,” the Anchorage Daily News reports.

“The incumbent is on track to win reelection when ranked choice votes are tabulated by the Division of Election on Nov. 23.”

ARIZONA GOVERNOR. This is choice. On the same day she made a pilgrimage to Mar-a-Lago, Kari Lake (R) made it clear she’s not conceding the race for Arizona governor, even though the race has been declared for Democrat Katie Hobbs.  Lake continued to cast baseless doubts on the election: “What happened to Arizonans on Election Day is unforgivable,” she said.

Lake is making noises about mounting a legal challenge, but it’s not clear she has any proper basis to challenge the results in court.  “Rest assured I have assembled the best and brightest legal team, and we are exploring every avenue to correct the many wrongs that have been done this past week,” Lake said. “I’m doing everything in my power to right these wrongs.”

Not conceding it too on brand for Lake.

Donald Trump, speaking at a gala, said that Arizona gubernatorial candidate Kari Lake (R) went through “an incredible election” but said “it’s not over yet” — even though the race was called for Katie Hobbs (D).

Philip Wallach: “If we look at all 401 contests in which a single Democrat faced a single Republican, there is not much difference. Relative to baseline expectations derived from their districts’ recent voting patterns (as calculated by the Cook Partisan Voting Index), 144 Trump-endorsed candidates exceeded their baselines by an average of 1.52 points. In 257 races where Trump did not endorse a general-election candidate, Republicans exceeded their baseline by 1.46 points.”

“But that similarity is driven mainly by Trump’s endorsements of many Republicans cruising to easy reelection in uncompetitive districts. If we focus exclusively on districts where the margin of victory was less than 15 points, such that the seat was conceivably in the balance, the picture that emerges is quite different.”

Bill Scher: “The numbers are in, and the Machiavellian scheme worked. In the six races where Democrats got the Republican nominee they wanted—after running reverse-psychology ads highlighting the candidates’ conservative bona fides—Democrats won.”

“They easily flipped governorships in Maryland and Pennsylvania and kept Illinois in the Democratic column. New Hampshire’s Maggie Hassan started the year as one of the more vulnerable Democratic U.S. senators; she was reelected by almost 10 points. New Hampshire Representative Ann Kuster, also a Democrat, similarly coasted against an election denier.”

Said Hutchinson: “Absolutely. I’m looking at it – looking at it very seriously. After the midterm elections, it’s more intense, and it’s an accelerated review, and after going to Iowa, I’m encouraged that a governor who’s actually solved problems, who has a conservative common sense approach, can draw support and can be a good alternative. So, I’m encouraged by it.”

The biggest beneficiary of a large GOP primary field is Donald Trump.

“Sen. Ted Cruz (R-TX) is running for reelection to the Senate in 2024 but is not ruling out jumping into the race for the Republican presidential nomination at a later date,” the Washington Examiner reports.

He added: “I got a great policy for the Republican Party. Let’s stop supporting crazy, unelectable candidates in our primaries and start getting behind winners that can close the deal in November.”

“One of the biggest conservative dark money organizations in the nation was boosted last year by two separate anonymous gifts, each totaling more than $425 million dollars,” Politico reports.

“The money sent to DonorsTrust, a 501(c)(3) charity that has become one of the most influential conduit of funds in Republican-leaning circles, was a huge chunk of the more than $1 billion the group brought in in 2021… They are among the largest ever donations to a politically-connected group.”

Bloomberg: “Voters under 30 were decisive in Democratic Senator Catherine Cortez Masto’s win in Nevada — which officially secured the party’s hold on the chamber. And Democratic Senator Raphael Warnock might not have been able to force a December runoff against Republican challenger Herschel Walker without them.”

“Outsized support from young voters helped carry Democrats to victory in the Pennsylvania and Arizona Senate contests, according to data analyzed by Tufts University…”

“Twenty-seven percent of voters aged 18 to 29 cast ballots in last week’s elections, the second-highest turnout in three decades, according to the analysis. The participation was surpassed only by the 31% who voted in the 2018 midterms under former President Donald Trump.”