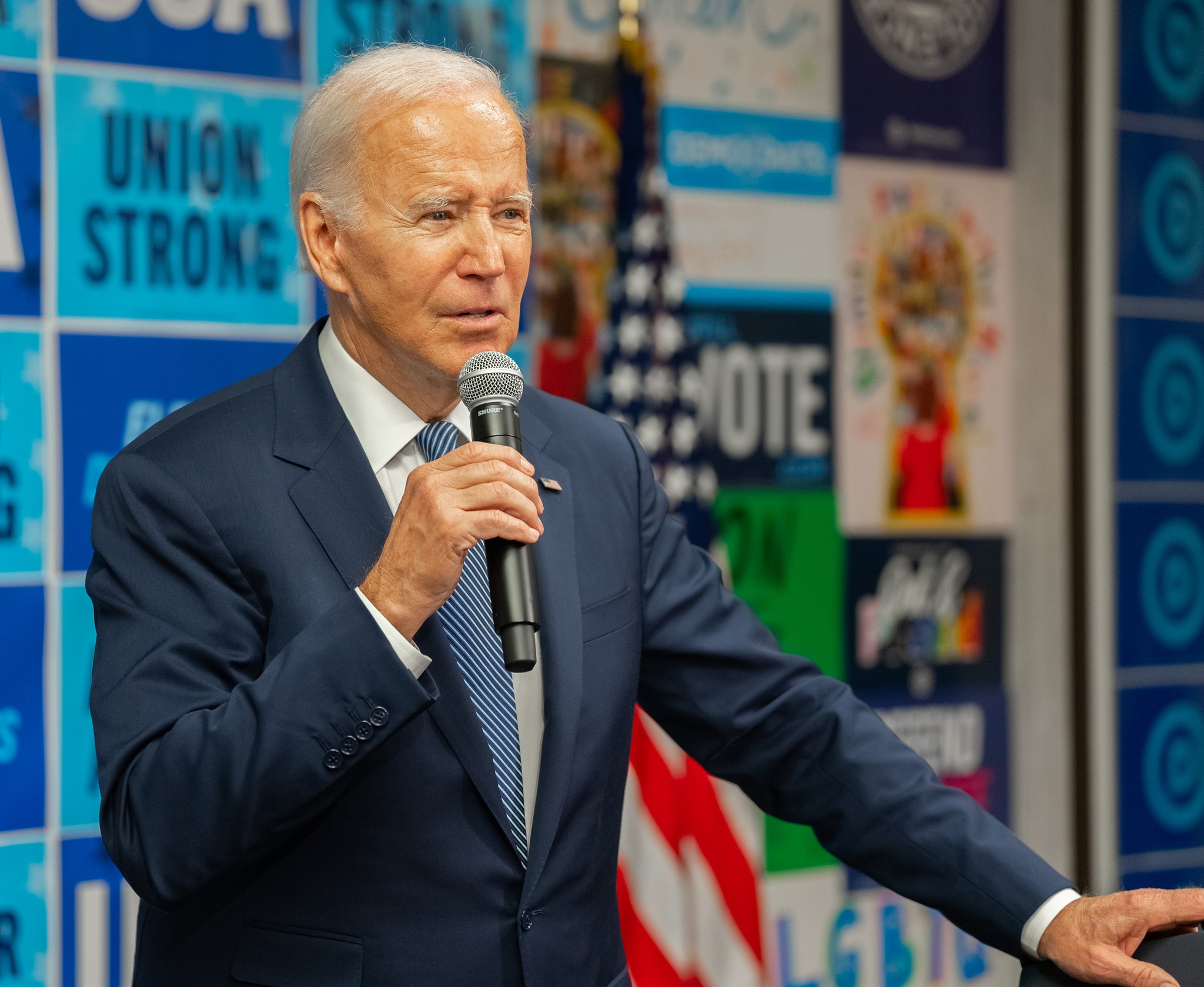 Jonathan Last: “There were seven Republican gubernatorial candidates who would not commit to certify Biden’s 2020 win. They went 0-7 in the midterm. (Or 0-8 if you toss in David Perdue’s pathetic primary performance against Brian Kemp).  Eight blue or purple state GOP Secretary of State candidates would not commit to certifying the election if the Democrat won. They went 0-8 last Tuesday. (Or 0-10 if you count the Tina Peters faceplant in the Colorado GOP primary, and Saint Brad Raffensperger crushing all comers). Two swing district election deniers successfully primaried Republicans who voted to impeach Trump, Joe Kent and John Gibbs. Both got schlonged.”

“And for good measure, ‘My Kevin’ McCarthy is poised to either (1) suffer the most embarrassing defeat in the history of the House of Representatives, or (2) be saddled with the narrowest House majority in decades and be forced to grovel in front of Marjorie Taylor Greene and Matt Gaetz if he wants to finally grab the gavel he sacrificed his dignity for.”

“There was indeed a bloodbath in 2022—just as Don Jr. predicted. But the bathers imbrued in crimson were his fellow coup conspirators. The taste of their defeat is making me feel downright vampiric, so I wanted us to take a moment to inject ourselves with the platelets of democratic victory, together.”

Ron Brownstein: “Republicans did not win those economically pessimistic voters by quite as big a margin as midterm precedents had suggested. Usually, the party out of power has dominated voters with those views: Democrats, for instance, in 2018 won about 85 percent of those who described the economy as either not so good or poor.”

“This year, Republicans slightly exceeded that result among those who called the economy ‘poor,’ the most negative designation. But among those who gave the equivocal verdict of ‘not so good,’ Republicans won only 62 percent, way down from the Democrats’ total four years ago.”

“It turns out that trying to overturn an election is not wildly popular with the American people.”— GOP pollster Whit Ayres, quoted by the Associated Press.

“A penalty of five points is a big number in today’s polarized era. Five of the last six presidential elections have been decided by a margin less than that. As findings like these are revealed, they may add to the consternation of some Republicans who in recent days have blamed Mr. Trump for the party’s poor performance.”

Cook Political Report: “Where Republicans faltered most significantly from ‘out-party’ performance in 2010 and 2018 was among the seats that the Biden had carried by a narrow margin (0-5%) in 2020. In 2010, Republicans won 77 percent of those races; in 2018 Democrats won a whopping 82 percent of them. This year, it looks as if Republicans will have won just 36 percent of these 11 districts.”

GA-Sen: The Senate Leadership Fund announced Tuesday that it was committing $14.2 million to the Dec. 6 runoff, which makes this the largest GOP reservation by far for the second contest between Democratic Sen. Raphael Warnock and Republican Herschel Walker. That booking came as SLF’s ally, Senate Minority Leader Mitch McConnell, is trying to fend off a leadership challenge from NRSC chair Rick Scott, and that intra-party battle has even spilled into this contest.

SLF head Steven Law on Tuesday trashed the NRSC over news that it had sent out a fundraising email under Walker’s name that, unless the donor changed the default setting, would send 99% of the contribution to the committee. “Good committees raise enough so that they don’t have to steal from their candidates,” Law tweeted.

NRSC communications head Chris Hartline pushed back, “The NRSC is coordinating closely with Herschel’s campaign on digital fundraising. We’re raising money directly into his campaign and into the building to spend in GA (we’ve been on the air since last week).” He continued, “SLF still isn’t up on the air. We look forward to you guys joining us.” Hartline, whose group has deployed $700,000 so far, was hardly appeased by SLF’s $14 million offensive, responding, “NRSC’s been up on the air in Georgia since last week.”

Said Meeks: “I think we have to come together as New Yorkers, here congressionally, but also statewide with the governor, and try to figure out how to bring everybody together. Look at what the issues are, and make sure that we rectify. Because clearly, there’s a problem.”

Said Rep. Hakeem Jeffries (D-NY): “There should be an after-action analysis with a focus on the state Democratic Party. Focus on some of the statewide campaigns and try to figure out what happened in Long Island, what happened in the Hudson Valley. More importantly, how do we fix it?”

New York Magazine: “In 2016, John Fetterman’s campaign for Senate didn’t make it beyond the Democratic primary, in which he finished third. Six years later, Pennsylvania’s lieutenant governor took another shot at the Senate, only this time, days before the primary, he faced a more serious obstacle: a stroke that threatened his life, his chances of winning, and the Democratic majority in Washington.”

“Then, according to Rebecca Katz, who worked on both of Fetterman’s Senate campaigns, something unexpected happened: The stroke deepened voters’ connection to the candidate beyond his Carhartt persona. During an interview on Thursday, the senior campaign adviser talked about how the team regrouped after Fetterman’s health crisis, the controversy around debating Mehmet Oz, and how they managed to win.”

New Hampshire U.S. Senate candidate Don Bolduc (R) told the New Yorker he disagreed with Donald Trump’s assertion that he would have won easily had he stayed “strong and true” to election denial.

Said Bolduc: “That’s absolutely wrong. I would have lost by even more!”

He added: “My advice to him was that if you come up to New England to campaign, and you do it on election denial, you won’t get anywhere. It is not an issue you should be talking about. Joe Biden is the President, and that’s it.”

House Republicans on Tuesday unanimously chose North Carolina Rep. Richard Hudson to chair the NRCC a day after Illinois Rep. Darin LaHood dropped out of the contest. Hudson won his place in the House in 2012 by unseating Democratic incumbent Larry Kissell after Republicans passed a very aggressive new gerrymander; Hudson’s only competitive fight took place after litigation prompted Republicans to enact a tamer gerrymander for the 2020 elections, where he turned back Democrat Patricia Timmons-Goodson 53-47 after an expensive contest.

Her only comment: “Arizonans know BS when they see it.”

In Michigan, legislators are currently limited to two four-year terms in the Senate and a separate three two-year terms in the House, which are among the shortest limits of any state. But because voters passed Proposal 1 by a wide 67-33, those limits will instead be loosened to 12 years in the legislature regardless of chamber, so a lawmaker could choose to spend all 12 years in either the Senate or House to accrue further seniority and legislative experience. The measure also requires lawmakers to file financial disclosure reports regarding their personal finances and outside employment.

In North Dakota, voters by a 63-37 margin have passed Constitutional Measure 1, which creates limits of two four-year terms that will apply separately to the governor, Senate, and House starting in 2023, but terms completed prior to the effective date do not count toward the limit. Thus, two-term GOP Gov. Doug Burgum will still be allowed to seek re-election in 2024; Burgum had supported the measure while GOP legislative leaders opposed it.

Finally, voters in Oregon created a very different sort of term limit when they passed Measure 113 by a 68-32 margin. Oregon is one of just five states that requires more than a simple majority of legislators be present for the quorum needed to conduct any legislative business. After Democrats in 2018 gained the three-fifths supermajorities needed to pass bills containing tax increases, Republicans began regularly boycotting the legislature to deny Democrats the separate two-thirds supermajorities needed for a quorum, enabling the GOP to block bills on topics such as climate change, gun safety, and more.

Following Measure 113’s passage, if a legislator incurs 10 or more unexcused absences in a legislative session, the new amendment would limit them from seeking re-election in the subsequent election, and they would only regain the ability to run again after sitting out the next two-year term. While that isn’t guaranteed to eliminate the ability of Republicans to use quorum-busting tactics to obstruct legislation if GOP lawmakers are willing to have to sit out the next two-year term, the measure’s backers are hoping that it will provide a strong deterrence against doing so.

NV Ballot: Question 3, which would establish the first top-five primary system in the nation, has passed 53-47, but it needs to win at the ballot box again in November of 2024 in order to go into effect two years later. That’s because Nevada requires voter-initiated constitutional initiatives to be approved in two successive general elections; amendments placed on the ballot by the legislature, by contrast, only need to be passed by voters once.

NV Treasurer: The Nevada Independent on Friday called this contest for Democratic incumbent Zach Conine over Republican Michele Fiore, an extremist who was too much even for some prominent members of her own party. With 98% of the estimated vote in, Conine leads 48-46.

AZ-SoS, NV-SoS: Democrats Adrian Fontes and Cisco Aguilar have won their secretary of state races by beating a pair of QAnon allies who each denied that Donald Trump lost their respective swing states.

Fontes leads Mark Finchem 53-47 in Arizona with 93% of the estimated vote in, while Nevada’s Aguilar is outpacing Jim Marchant 49-47 with 98% of the estimated tally reporting. Fontes will succeed Katie Hobbs, a fellow Democrat who is running for governor, while Aguilar will replace termed-out Republican incumbent Barbara Cegavske.

Marchant, who among many other things claimed that anyone who won an election in Nevada since 2006 was “installed by the deep-state cabal,” assembled an “America First” slate of conspiracy theorist candidates running to control their state’s elections. Its roster included Finchem, who led the failed effort to overturn Joe Biden’s 2020 victory in Arizona, as well as Michigan’s Kristina Karamo and New Mexico’s Audrey Trujillo. Marchant, Karamo, and Finchem all participated in the same QAnon organized conference last year, with Finchem later holding a fundraiser in September featuring several QAnon notables.

All four members of this quartet, as well as Minnesota’s Kim Crockett, went down after an election cycle where the Democratic secretary of state candidates and their allies outspent Republicans by a 57 to 1 margin from July through late October. It wasn’t a complete shutout for the conspiracy theorists, though, as one member of Marchant’s slate, Diego Morales, prevailed in heavily Republican Indiana.

Fox News: “Voters in Vermont, Tennessee, Oregon, and Alabama voted Tuesday to end constitutional clauses that allow slavery or indentured servitude as a form of punishment.”

“After years of watching Republicans dominate in down-ballot races, Democrats turned the tables to their own advantage in the midterm elections, flipping some legislative chambers from GOP control and blocking efforts to create veto-proof majorities in others,” the Washington Post reports.

While Kansas Republicans failed to unseat Democratic Gov. Laura Kelly, they preserved the two-thirds supermajority in the state House they need to override her vetoes; the GOP has long enjoyed this edge in the state Senate, which is only up in presidential years. Democrats appear to have netted one seat, but Republicans maintains a 85-40 edge.

Over in Vermont, though, Democrats and the left-wing Progressive Party together won 109 of the 150 state House seats, which once again gives them the ability to override GOP Gov. Phil Scott’s vetoes, which they narrowly lost in 2020. WCAX says that Democrats, who on their own will have 104 representatives, will have more seats than ever even though there were 246 members until 1964. The two parties also appear to have finished the election with 23 of the 30 state Senate seats, which is the number they entered Tuesday with.