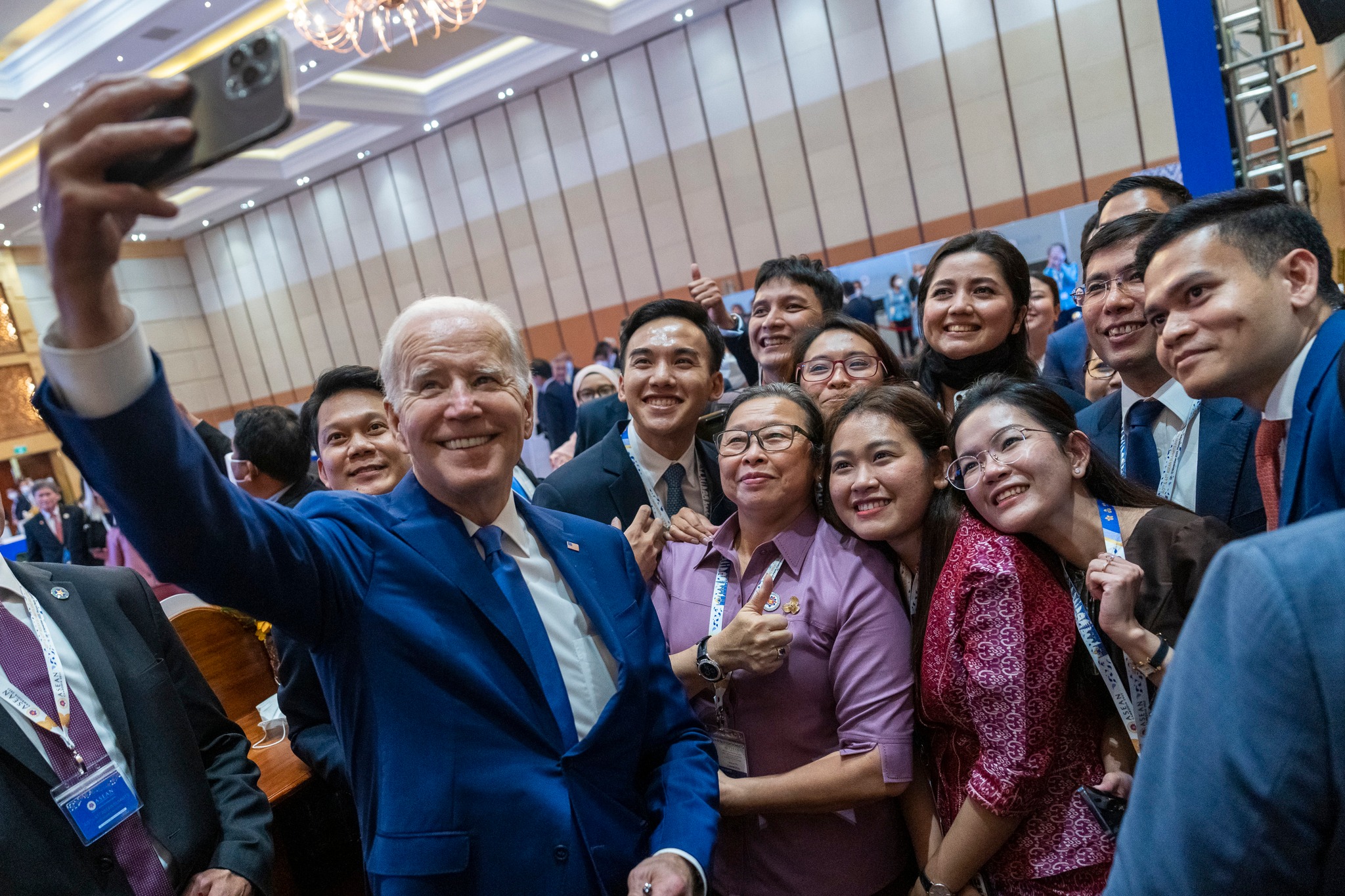 It may take several more days to count the votes , but it appears that Republicans are on track to win 221 seats, giving them a mere three seat majority in the House of Representatives.

Republicans picked up the extra seats through a successful gerrymandering in Florida and the Democrats’ bungled effort in New York.

In New York, a failed attempt to draw hyperpartisan lines was replaced by a court-drawn alternative that likely cost Democrats four house seats — though a stronger-than-expected gubernatorial bid by Rep. Lee Zeldin (R-NY) may have given coattails to some of the Republican candidates.

Nate Cohn: “It might still be days until the major decision desks can project that Republicans have won the 218 seats necessary to win control. But over the weekend, Democrats fell short of their targets in the late count in critical battleground districts in Arizona and California.”

“The sometimes good — but not good enough — results for Democrats raised the bar for what the party needs in the votes yet be counted, while making a late surge seem even less likely.”

“Right now, Republicans would be on track to win 221 seats if the latest trends continued, though several of these races remain so close that they could easily go the other way.”

“Hobbs’ victory is key for Democrats in a presidential battleground and a rebuke to a prominent election denier — though the closeness of the contest left the result up in the air for nearly a week.”

“Walker’s supporters, meanwhile, brushed aside concerns that his base would be less intense now that one of his core arguments — that a vote for Walker would flip the chamber — is off the table.”

Associated Press: “Under Georgia’s 2021 election law, there will be only four weeks before the runoff — with Thanksgiving in the middle. Many Georgians will be offered only five weekdays of early in-person voting beginning Nov. 28. And June’s primary runoffs showed time for mail ballots to be received and returned can be very tight.”

In an era of consecutive change elections, Bruce Mehlman notes the 2022 midterms were the “least-change-y change-election” since 2002. Voters sought stability and many first-time Republicans challengers scared them more than the status quo. The graph below nicely tells the story of the midterm elections:

New York Times: “An alternative explanation for why John Fetterman did so much better than Mr. Biden in red counties, besides winning some former Trump supporters, is that a different spectrum of voters turned out in 2022 than during the presidential race two years ago. Mr. Fetterman, who campaigned aggressively for more than a year in the rural counties before his stroke under the banner ‘every county, every vote,’ may have inspired inconsistent voters who still leaned Democratic to turn out for him.”

Washington Post: “The machine works as a unit so that all Democrats on the ticket run as one. This cycle it worked with allies in the state legislature to pass universal mail-in voting and the rules around counting those mail-in ballots, which successfully expanded voter access.”

ALASKA AT LARGE CD. Sarah Palin went nuclear on the Republican Party, “claiming the GOP sabotaged her Alaska House race and that they deserved their drubbing in the midterms,” The Independent reports.

“In a conspiracy-laden Instagram post, Ms Palin blamed the ‘cockamamie’ ranked choice voting system, Senator Lisa Murkowski and the ‘dark, dysfunctional GOP machine’ after she was seemingly trounced by Democrat Mary Peltola for a second time in three months.”

Said Palin: “The GOP establishment deserves losses until it’s willing to fight for what is right. They opposed me every step of the way in my Congressional bid, which is par for the course.”

LOS ANGELES MAYOR. Karen Bass overtook Rick Caruso in the seesaw battle to be mayor of Los Angeles, “with Friday’s tally putting the veteran lawmaker 4,384 votes ahead of the real estate developer in a contest that will not be settled until next week at the earliest,” the Los Angeles Times reports.

“Voters in the six major battlegrounds where Donald Trump tried to reverse his defeat in 2020 rejected election-denying candidates seeking to control their states’ election systems this year, a resounding signal that Americans have grown weary of the former president’s unfounded claims of widespread fraud,” the Washington Post reports.

“Candidates for secretary of state in Michigan, Arizona and Nevada who had echoed Trump’s false accusations lost their contests on Tuesday, with the latter race called Saturday night. A fourth candidate never made it out of his May primary in Georgia. In Pennsylvania, one of the nation’s most prominent election deniers lost his bid for governor, a job that would have given him the power to appoint the secretary of state. And in Wisconsin, an election-denying contender’s loss in the governor’s race effectively blocked a move to put election administration under partisan control.”

Washington Post: “Whit Ayres, a Republican pollster, says the party’s electorate can be divided into three key buckets. A small group, roughly 10 percent, are ‘Never Trumpers,’ Republicans who have long and vocally opposed Trump. A far larger group, about 40 percent, are ‘Always Trumpers,’ his hardcore base that will never abandon him.”

“The remaining 50 percent or so, Ayres said, are ‘Maybe Tumpers’ — Republicans who voted for him twice, who generally like his policies but who are now eager to escape the chaos that accompanies him.”

Said Ayres: “So they are open to supporting someone else who will do much of what they want without all of the baggage. So then the question becomes: Who?”

“As an American, the idea of another Trump campaign and all of his lies and divisiveness and his efforts to undermine American democracy is an absolute horror show… On the other hand, I got to say that as a politician who wants to see that no Republican is elected to the White House in 2024, from that perspective, his candidacy is probably a good thing.” — Sen. Bernie Sanders, quoted by the New York Times.

“I feel like a guy whose compass is so goofed up I have no idea which way is north.”— Newt Gingrich, quoted by the Washington Post.

A new YouGov poll conducted after the midterm elections finds more Republicans and Republican-leaning Independents now say they’d prefer Ron DeSantis as their 2024 presidential nominee over Donald Trump, 42% to 35%. That’s a reversal from nearly a month ago, when a Yahoo News/YouGov poll found just 35% preferred DeSantis and 45% said they preferred Trump.

Voters in the Portland, Oregon area have approved two local ballot measures that will implement a sweeping set of changes to the electoral system in both Portland and surrounding Multnomah County, along with reforms to the structure of the city’s government itself. By a 58-42 margin, Portland voters have passed Measure 26-228, which amends the city charter to reshape the balance of powers between the mayor and city council while adopting ranked-choice voting for both offices, which will additionally implement a form of proportional representation for the council.

Currently, candidates for mayor and the Portland’s legislative body, known as the Council of Commissioners, compete in nonpartisan primaries where a subsequent runoff between the top two finishers is held if no candidate wins an initial majority. The mayor and the four Council members each lead different city bureaus with the assignments being given out by the mayor, who almost always takes the police commissioner spot.

But Measure 26-228, which was drafted by the local charter review commission, will end the Rose City’s status as the last major city in America to still use this commission-based system in city government, which is a legacy of the Progressive Era. Under the newly adopted reform, the mayor will be elected using ranked-choice voting and instead will supervise an appointed city manager who will run the bureaus.

Meanwhile, the Council will expand from four to 12 members elected under a variant of proportional representation called single transferable voting, which uses ranked-choice voting in multi-seat districts. Under this plan, each of the four districts will use a ranked choice process until there are just three victorious Council candidates left per district, effectively meaning it will take at least 25% support for a candidate to get elected to one of the three spots, replacing winner-take-all elections with a system allowing more political diversity.

Portland will thus become the first major American city in many decades to adopt a form of proportional representation, which was once more commonly used in the mid-20th Century in dozens of major cities including New York City but has since been repealed in all but the smaller municipality of Cambridge, Massachusetts. Proportional representation is very commonly used in many other countries at various levels of government, though, and Portland’s newly adopted system most closely resembles the variant used to elect Ireland’s parliament.

Meanwhile, voters in Multnomah County, which contains all but about 2,000 of Portland’s 653,000 residents and also includes some of its adjacent suburbs, have passed Measure 26-232 by a 69-31 margin to adopt the single-winner form of ranked-choice voting for county offices. Consequently, almost all Rose City voters will now use ranked ballots for both their city and county elections.