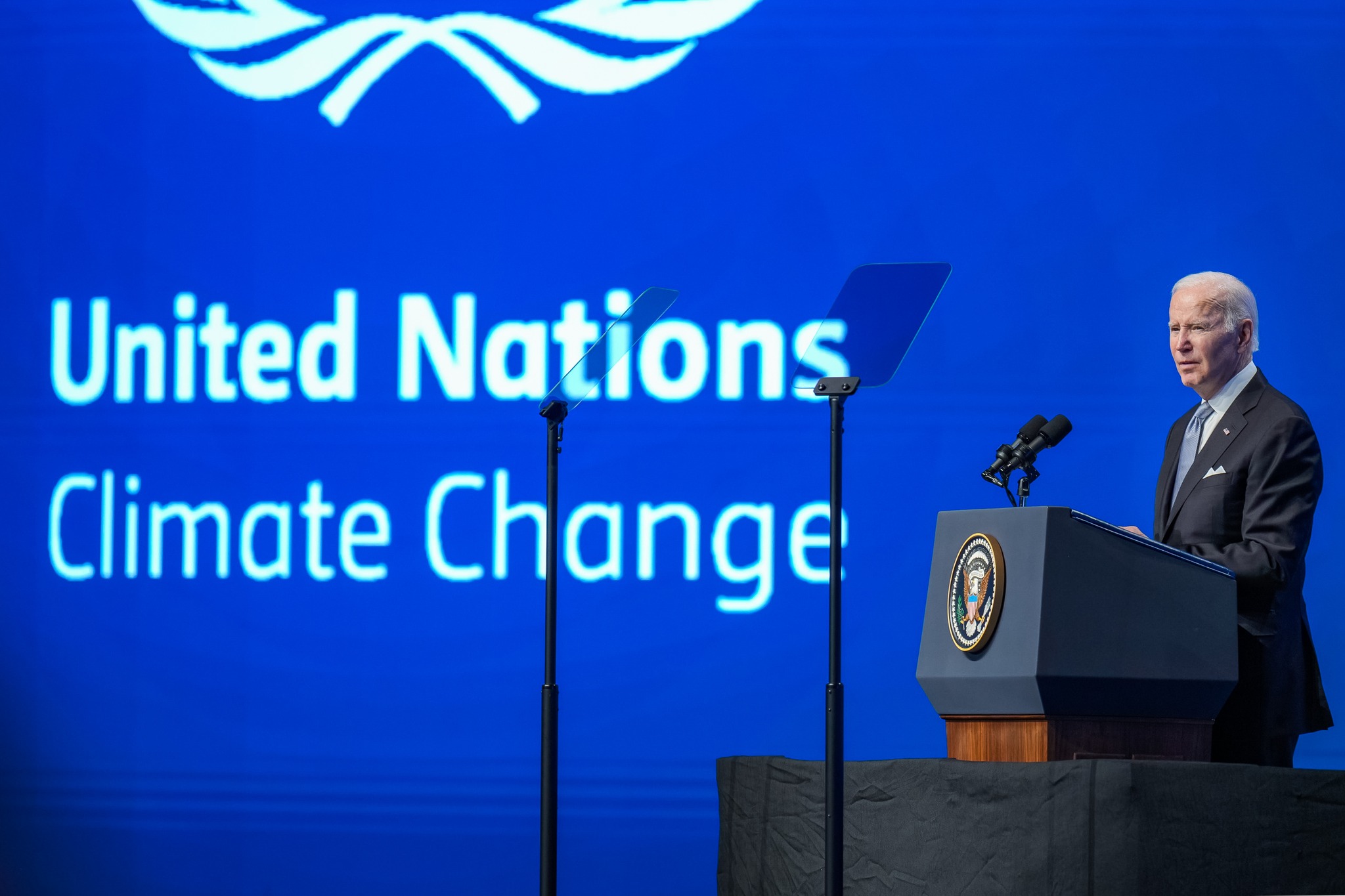 NBC News: “A charging decision may be looming as the Mar-a-Lago investigation enters what appears to be a decisive phase. People familiar with the deliberations of Attorney General Merrick Garland and his top aides say the AG does not believe it’s his job to consider the political or social ramifications of indicting a former president, including the potential for violent backlash.”

“The main factors in his decision, these people say, are whether the facts and the law support a successful prosecution — and whether anyone else who had done what Trump is accused of doing would have been prosecuted.”

Said former prosecutor Andrew Weissmann: “It would be entirely outside of the rule of law to not indict him. The whole point is to treat people similarly. And when you look at past cases, it compels that you have to bring a case.”

“Mounting legal threats to Donald Trump may have appeared ominous before the 2022 congressional elections. They’re nothing compared to what comes next,” Politico reports.

“Some of the political protections that the former president was enjoying are effectively gone. And the firewall of Republican insulation he expected from the House and Senate appears likely to have some holes in it after an unexpectedly strong showing by Democrats in the midterms.”

“With the midterm elections in the rearview, federal prosecutors are no longer abiding by an unwritten code to avoid politically sensitive investigative steps before voters go to the polls.”

“Staff members of the Jan. 6 committee were informed last week that the committee’s final report would focus largely on former President Donald Trump and much less on findings about failures by the FBI and other law enforcement agencies in the lead up to the attack,” NBC News reports.

“Last week, committee staffers were informed via a phone call that material prepared by several of the teams whose work did not directly link to Trump would largely not be included in the final report.”

Michael Grunwald: “If you count all 50 million votes Florida cast for president from 1992 to 2016, just 20,000 votes separate the two parties, or 0.04 percent. That includes the ultimate swing-state election of 2000, when George W. Bush nosed out Al Gore by a mere 537 votes in Florida—and, eventually, one vote on the Supreme Court. Florida was also a cliff-hanger in the 2012 and 2016 presidential races, both decided by 1 percent. And Rick Scott won statewide elections by 1 percent or less in 2010, 2014, and 2018, when Governor Ron DeSantis squeaked out his own 0.4 percent victory.”

“But DeSantis bludgeoned former Governor Charlie Crist by an astonishing 19 points on Tuesday, a pretty decent night for Democrats running almost everywhere except Florida. Senator Marco Rubio was also reelected in a huge blowout, while Republicans swept every state office and claimed unprecedented supermajorities in both houses of the state legislature.”

Said Maloney: “The last time I ran into A.O.C., we were beating her endorsed candidate two to one in a primary, and I didn’t see her one minute of these midterms helping our House majority. So, I’m not sure what kind of advice she has, but I’m sure she’ll be generous with it.”

He added: “But let’s be clear, she had almost nothing to do with what turned out to be an historic defense of our majority. Didn’t pay a dollar of dues. Didn’t do anything for our frontline candidates except give them money when they didn’t want it from her.”

Ocasio-Cortez responded on Twitter saying that Maloney and other leaders “made it very clear that our help was not welcome nor wanted. Despite our many, many offers.”

But Magnus refused: “I want to make this clear: I have no plans to resign as CBP Commissioner. I didn’t take this job as a resume builder. I came to Washington, DC — moved my family here — because I care about this agency, its mission, and the goals of this Administration.”

“The Infowars conspiracy broadcaster Alex Jones must pay the families of eight Sandy Hook shooting victims an additional $473 million in punitive damages for defaming them, a judge in Connecticut ruled on Thursday, bringing the total damages to nearly $1.5 billion,” the New York Times reports.

“Alex Jones was temporarily blocked from transferring any assets or spending money other than for ordinary living expenses by the judge overseeing the Sandy Hook defamation trial in Connecticut,” Bloomberg reports.

“Former President Donald Trump is calling up his allies in the Senate and making a suggestion as he seeks to divert blame for – Republicans’ lackluster midterm performance: Take aim at Mitch McConnell,” CNN reports.

“Trump, who is facing a round of sharp criticism from inside his own party for hurting Republican candidates in the midterms, has instead sought to gin up opposition to McConnell ahead of leadership elections next week – even as the GOP leader has already locked down enough support to win another two years, which would make him the longest-serving Senate party leader in US history.”

David Graham: “One theory about the Republican Party and Trump is that if enough of its movers and shakers had turned on him simultaneously, they could have cast him out. But going back to the 2016 GOP primary, members of the establishment never liked or wanted him. They worried he couldn’t win, and they worried he didn’t agree with their core beliefs on issues such as trade and foreign policy. The problem was that voters did like Trump—although only a plurality in the primary—and didn’t like his rivals.”

“One reason the establishment couldn’t effectively rally around one of his opponents is that Ted Cruz, Marco Rubio, Scott Walker, and the rest all had weaknesses that a unified media front couldn’t erase.”

Sen. Joe Manchin (D-WV), the chairman of the Senate Energy and Natural Resources Committee, “is not planning to hold a hearing this year on the nomination of FERC Chair Richard Glick for another term, dealing a potentially major blow to the regulatory body that is crucial for President Joe Biden’s climate agenda,” Politico reports.

“I mean, look at what Joe Manchin has done in the Senate as the one deciding vote, right? I would love for the Massie caucus to be relevant.”— Rep. Thomas Massie (R-KY), quoted by Politico, on the GOP’s likely very thin majority in the House.

In his book, What’s the Matter With Kansas, Thomas Frank described Johnson County as one of the “most intensely Republican places in the nation.”

The Kansas City Star reports it “is now a Democratic stronghold.”

“The shift away from Republicans began more than a decade ago but has been speeding up in recent years, leading Johnson County to vote for President Joe Biden in 2020 after narrowly backing former President Donald Trump in 2016. The county’s blue shift culminated this week in a midterm election that delivered big wins for Democrats – including providing votes crucial to reelecting Gov. Laura Kelly.”

“The nomination comes at a critical moment for the IRS. Congressional Democrats this year approved an $80 billion increase in the agency’s budget, aiming to increase federal revenue by targeting tax cheats. Congressional Republicans have vowed to resist those changes and devoted much their 2022 midterm campaign message to attacking Biden’s plan to beef up the IRS. A GOP-led House could launch major battles against the tax agency.”

Former Vice President Mike Pence writes in his new book that Donald Trump told him that he was “too honest” when he balked at the idea he could unilaterally sway the outcome of the 2020 election, the New York Times reports.

“Mr. Pence describes in detail Mr. Trump’s efforts to pressure him into blocking congressional certification of Joseph R. Biden Jr.’s victory through the ceremonial role he would play on Jan. 6. Mr. Trump became preoccupied with the idea that Mr. Pence could do something, although Mr. Pence’s chief lawyer had concluded that there was no legal authority for him to act on Mr. Trump’s behalf.”

“A noose was found at the construction site of the new Obama Presidential Center in Chicago — a startling discovery that caused construction to pause on former President Barack Obama’s $830-million legacy project,” USA Today reports.

A federal judge on Thursday excoriated and sanctioned several members of Donald Trump’s legal team, saying the former president’s massive lawsuit against his former rival, Hillary Clinton, and dozens of other adversaries amounted to an intentional abuse of the legal system,” Politico reports.