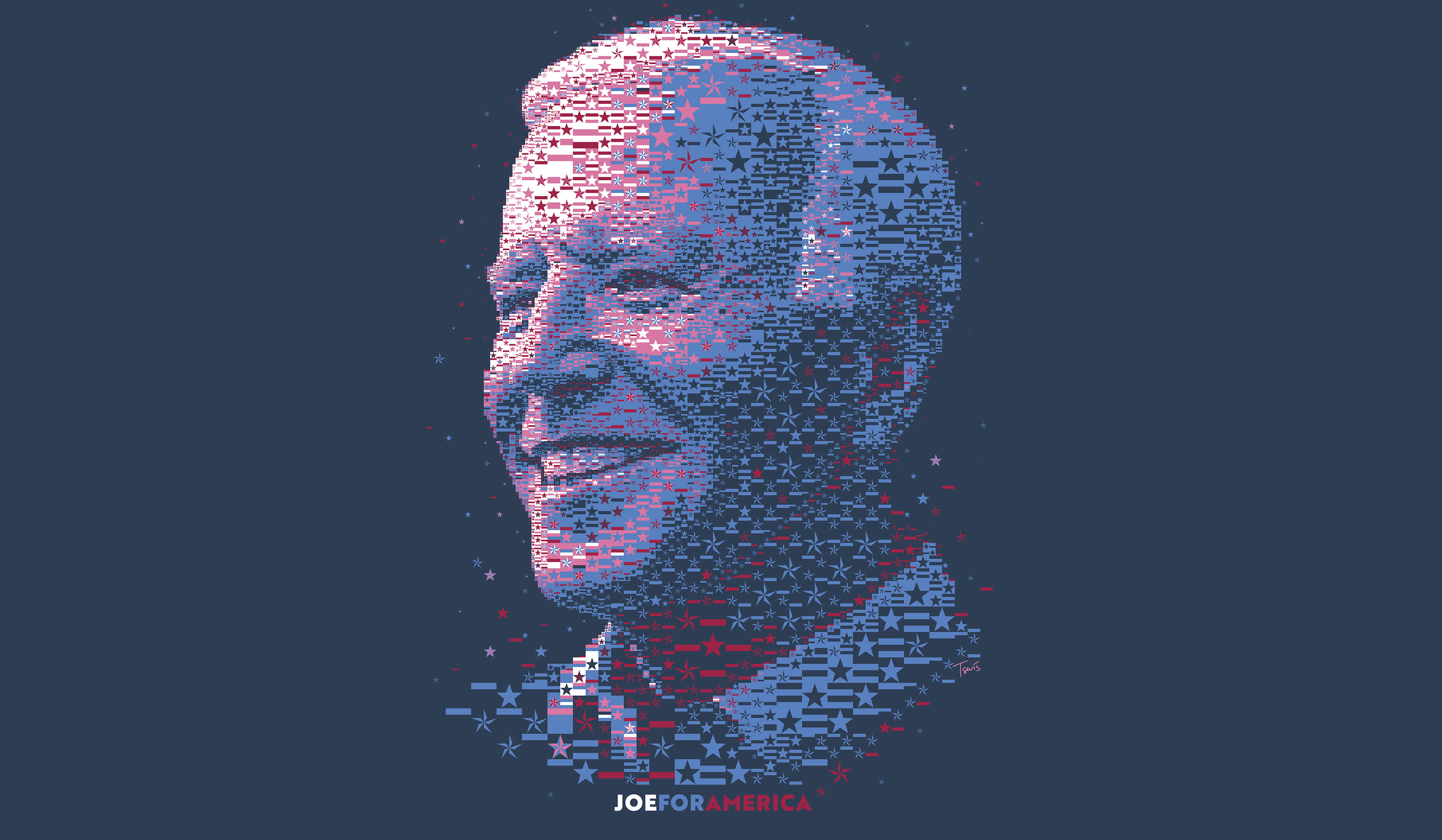 This was a still pond election. Or a rip tide or rip current election, an election where something, or someone, is dragging you out to sea. In the Republicans’ case, that something or someone is Donald Trump. If there was no Donald Trump, and there were no Trump candidates in Pennsylvania and Arizona and Georgia, there is a good chance that this election would look like 2010 or 2014 or 1994. Instead, by offering the voters extremism and fascism, the GOP guaranteed that the President’s party is going to have its best midterm performance since 2002 and 1998 (when Republicans with Bush in the White House and Democrats with Clinton, respectively, won seats in both chambers).

On average, Republicans are underperforming the polls almost everywhere except in Florida, which has become a true banana red republican and no further Democratic efforts should be made there unless and until the states slips below sea level in the coming 10 years.

Odds suggest Republicans are likely win control of the House of Representatives by maybe a few seats, but it is very possible right now that the unthinkable could happen and the Democrats could retain control, again by a few seats.

It looks like, after all the mail votes in Nevada and Arizona are counted, that the Dems will have defended those Senate seats, gained a seat in Pennsylvania with Fetterman, making a likely December runoff in Georgia were Warnock currently leads but under the 50% threshold meaningless to the Senate majority.

Playbook: “In the House, our Steve Shepard now estimates Republicans will gain between eight and 15 seats — enough to control the chamber, but well short of both historical averages and pre-election predictions. Addressing supporters early this morning — hours after Republicans thought they would have victory in hand — Kevin McCarthy could only promise, “When you wake up tomorrow, we will be in the majority.” (Like his prior prediction that Republicans would gain 60 seats, that, too, has failed to pan out.)”

“In the Senate, the outcome hinges on Nevada, where incumbent Cortez Masto fell behind Laxalt this morning, and Georgia, where Warnock is ahead by a hair but the race is likely headed for a runoff on Dec. 6. Republicans need to win both races to take control of the Senate. (Wisconsin and Arizona haven’t been called, but the incumbents — Republican Ron Johnson and Kelly, respectively — are ahead in both states.)”

Playbook: “He helped saddle the GOP with poor candidates, and he assisted the White House in its goal of turning the midterms into a choice between unpopular Biden and deeply unpopular Trump. Democrats lost blue-collar voters and gained white-collar voters in the Trump years. In some places, that has been a bad trade. But on Tuesday, it may have benefited Democrats, as their new anti-Trump supporters outperformed their former voters now on Team MAGA.”

“Meanwhile, the two breakout Republican stars of the night are Trump enemies. Gov. Brian Kemp, who stood up to Trump’s attempts to overturn the results in Georgia in 2020, easily defeated Democrat Stacey Abrams. In Florida, where Republicans dominated the state, Gov. Ron DeSantis crushed Charlie Crist by nearly 20 points — and actually broke through with voting groups that don’t traditionally support the GOP.”

Just months after being sworn in as a member of the House of Representatives after winning a special election, Rep. Mayra Flores (R-TX) lost her seat to challenger Vicente Gonzalez (D).

Tweeted Flores: “The red wave did not happen. Republicans and independents stayed home.”

New York Times: “The chief force in American politics remains its deep partisan divide. There were indeed some ticket-splitters on Tuesday, but in general Democrats turned out en masse for Democrats, and Republicans for Republicans. In years past, Mr. Biden’s low approval ratings and inflation stuck at 40-year-highs might have augured a convincing drubbing for his party. Harry Truman lost 55 House seats in his first midterms; Bill Clinton lost 53; Barack Obama lost 63.”

“That kind of rebuke didn’t happen to Mr. Biden. It is rarely how American politics works anymore. There are fewer true swing voters than ever — and a dwindling number of swingable races.”

New York Times: “The biggest question hanging over Democrats all year was just who, exactly, would show up to vote for them. In a typical midterm election, like 2010 and 2014, turnout drops by about 20 percentage points from a presidential year.”

“But turnout smashed all records in 2018, when voters repudiated Mr. Trump and Democrats retook the House. So far, preliminary research by the Democratic data firm Catalist suggests that this year looks much more like 2018 than it does the sleepy affairs that took place under former President Barack Obama. Many analysts now think the United States may have reached a new plateau of permanently high participation, stoked by each party’s fear of the other side.”

“That might help explain why polling failed to capture the widespread feeling among Democrats, which grew after the Supreme Court’s reversal of Roe v. Wade and the Jan. 6 hearings over the summer, that their core Democratic rights were increasingly at risk.”

Washington Post: “If Republicans don’t take the Senate, there will be (or at least should be) a reckoning over how that happened. Oz’s loss is the biggest blow because he probably wouldn’t have won his close primary without Trump. Herschel Walker was simply not a good candidate, but Trump put him on a glide path to the nomination. And in Arizona, Blake Masters was also someone voters were reluctant to cast ballots for.”

“In each case, it’s abundantly clear that Republicans would’ve had a better shot if they had put forward a better — or even just a generic — candidate. Swing states should tilt Republican in a GOP-leaning year — and it’s possible Republicans still might gain a seat.”

“But it probably shouldn’t have been this close. And it seems quite possible — as it did after the Georgia runoffs in 2020 — that Trump might’ve cost his party a very winnable Senate majority.”

Donald Trump called Speaker Nancy Pelosi “an animal,” days after her husband was attacked with a hammer by a man charged with seeking to kidnap the speaker, Politico reports.

Said Trump: “I think she’s an animal, too, to tell you the truth.”

He added: “They’ll say, ‘What a horrible thing. He called Nancy Pelosi an animal.’ I will never use the word bullshit again. But what she did to us in this country…”

Donald Trump told Fox News that “if he formally announces a 2024 White House bid and is re-elected, he would return to the nation’s capital with experience and a new perspective, without having to rely on Washington insiders.”

He added: “I know everybody now. See, I didn’t know anybody. I just got to Washington.”

“Problems with vote-counting machines at some polling locations in Maricopa County, home to more than half of Arizona’s voters, became grist for prominent right-wing voices who deny the legitimacy of the 2020 election to claim without evidence that Tuesday’s vote was also fraudulent,” the Washington Post reports.

“Voters have become deeply discouraged about the state of America and its future, with high inflation and concerns about the fragility of democracy heavily influencing their decisions in Tuesday’s midterm elections,” the AP VoteCast exit poll shows.

“The economy was an overarching concern with voters, about 8 in 10 of whom said it was in bad shape as high inflation has raised fears of a recession. Not all voters say Biden’s policies caused higher prices, even if many saw it as a defining issue for the election.”

“Slightly fewer voters — 44% — say the future of democracy was their primary consideration.”

Donald Trump said he would support Rep. Kevin McCarthy (R-CA) in his bid for speaker if Republicans win back control of the House of Representatives with Tuesday’s election, the New York Times reports.

“The vote for speaker is an internal process in which only House members cast a vote. But Mr. Trump holds sway over a significant portion of the House Republican conference, whose support Mr. McCarthy needs to secure the job.”

“Mr. McCarthy has been careful not to do anything that would alienate the former president, yet he has angered Mr. Trump over the past year, most notably for his decision to pull all Republicans from the Jan. 6 committee investigating the attack at the Capitol.”

Donald Trump warned that Gov. Ron DeSantis (R) would “hurt himself” if he tried to run for president in 2024, the Wall Street Journal reports.

Said Trump: “I don’t know that he’s running. I think if he runs he could hurt himself very badly.”

He added: “I think he would be making a mistake. I think the base would not like it.”

More: “If he runs, he runs. If he did run, I will tell you things about him that won’t be very flattering. I know more about him than anybody other than perhaps his wife, who is really running his campaign.”

Donald Trump told Fox News that he doesn’t think President Biden will run for reelection, despite the White House having reiterated weeks earlier that Biden is intending to run in 2024.

Said Trump: “I don’t think he runs. It is inconceivable.”

Donald Trump called Senate Minority Leader Mitch McConnell (R-KY) a “lousy leader,” but conceded that McConnell will likely be the chamber’s GOP leader for the next two years, Politico reports.

Said Trump: “I think we’ll probably have to live with him for two years. And if I run and if I win, I will say, ‘don’t send me any legislation if he’s the leader,’ and he’ll be out in two minutes.”

0 comments on “There was no Red Wave”