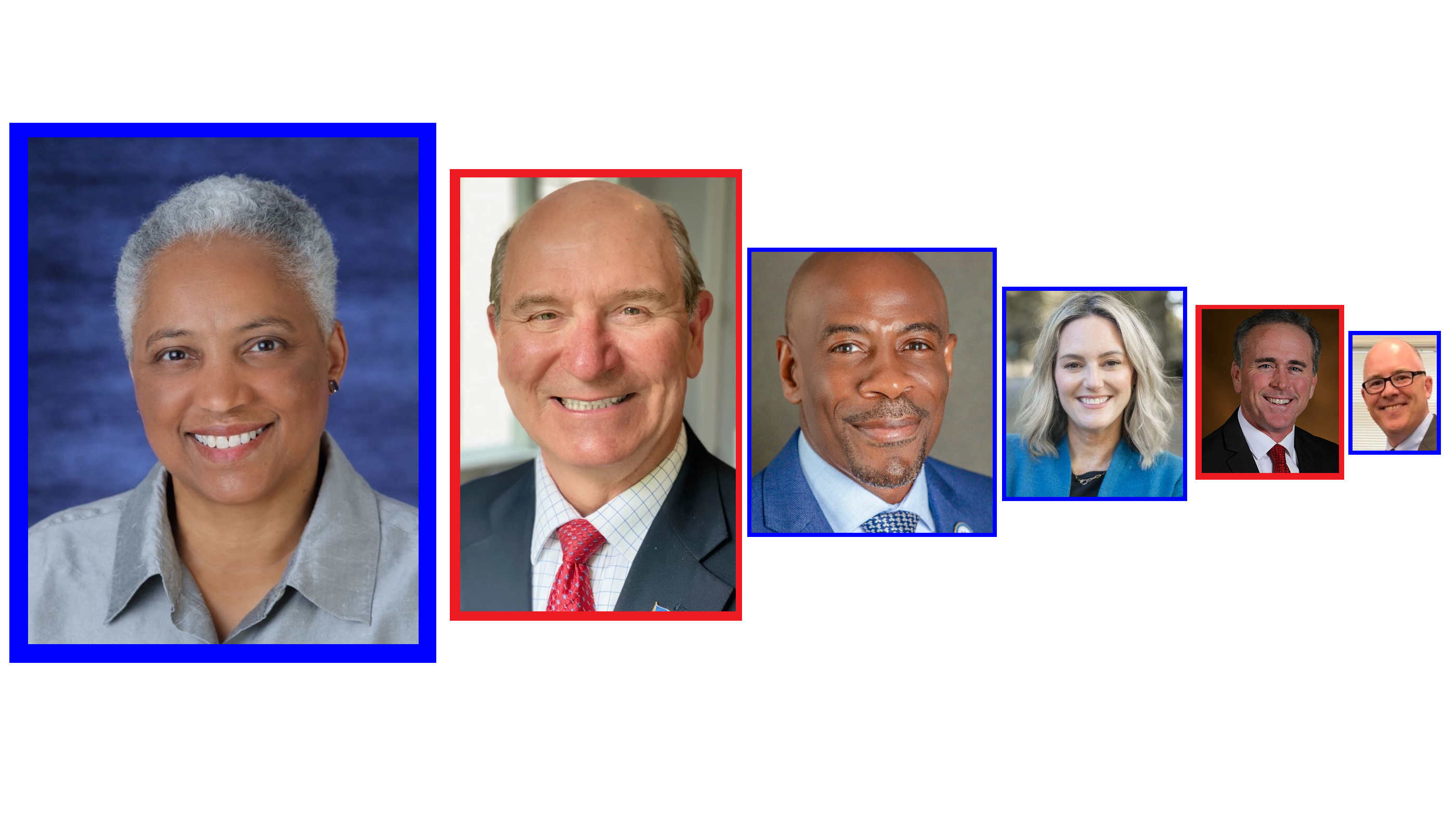 This is a blue state, though we are not immune to a Republican candiate winning a statewide election here or there during a Republican midterm election. Remember 2014 with Ken Simpler defeating Sean Barney for Treasurer after Barney had defeated scandal plagued incumbent Chip Flowers in 2014. Are any of our statewides vulnerable in the same way in what could be a Republican mid term year?

There are a few pick up chances in the General Assembly.

In the 6th Senate District downstate, where Republican Senator Ernie Lopez is retiring, we have a contest between Democratic candidate Russ Huxtable and Republican Representative Steve Smyk. I think this one will be close, with Huxtable winning by 2. This would then be a pick up for the Dems.

In the 7th Senate District, we have Senator Spiros Mantzavinos’ first reelection race, where he is the most vulnerable, and he is facing Republican Sherm Proter. I don’t see Spiros being that vulnerable and he should win comfortably.

In the 14th SD, I have no idea what will happen. Democratic Senator Bruce Ennis has finally retired and we have the matchup of Democrat Kyra Hoffner and Republican Mark Pugh. This Middletown area district is definitely the type that could swing to the GOP in a GOP year and I think that is what happens tonight. This would be a pick up for the GOP and it cancels out our earlier pick up in the 6th SD above.

Should this all come to pass in the Senate, with all the other incumbents winning in their non competitive races, then the party composition of the Senate will remain the same, with 14 Democats and 7 Republicans.

Over to the House. In the 4th RD that moved downstate from Wilmington, I expect the Republican, Jeff Hilovsky, will win over Democrat Keegan Worley. This would be a Republican pickup in the House.

In the 13th RD, we have had some intra party shenanigans with some more conservative Dem friends of Larry Mitchell sending around flyers or online posts encouraging votes for the Republican Carlucci Coelho over Democrat Deshanna Neal. So that might make this race more competitive. Hence my thinking that Neal will win by around 10 points or a little bit less.

In the 18th RD, a seat made open by the early retirement of David Bentz, we have Sophie Phillips taking on Republican Gloria Hope Payne. Phillips should win, but in an open seat in a Republican year, you never know. I am going with Phillips by 10.

The 21st RD is a perennial hope for Democrats, thinking we can vanquish Republican Mike Ramone in this Democratic district. Democrat Frank Burns has run a great race. But I will believe Ramone will lose when it actually happens, so I am predicting a “Ramone by 2” heartbreaker right now.

So it all that happens, the Republicans will gain one seat in the House and then we move onto the real election: the race for Speaker, which I will address tomorrow.

Here is the chart: