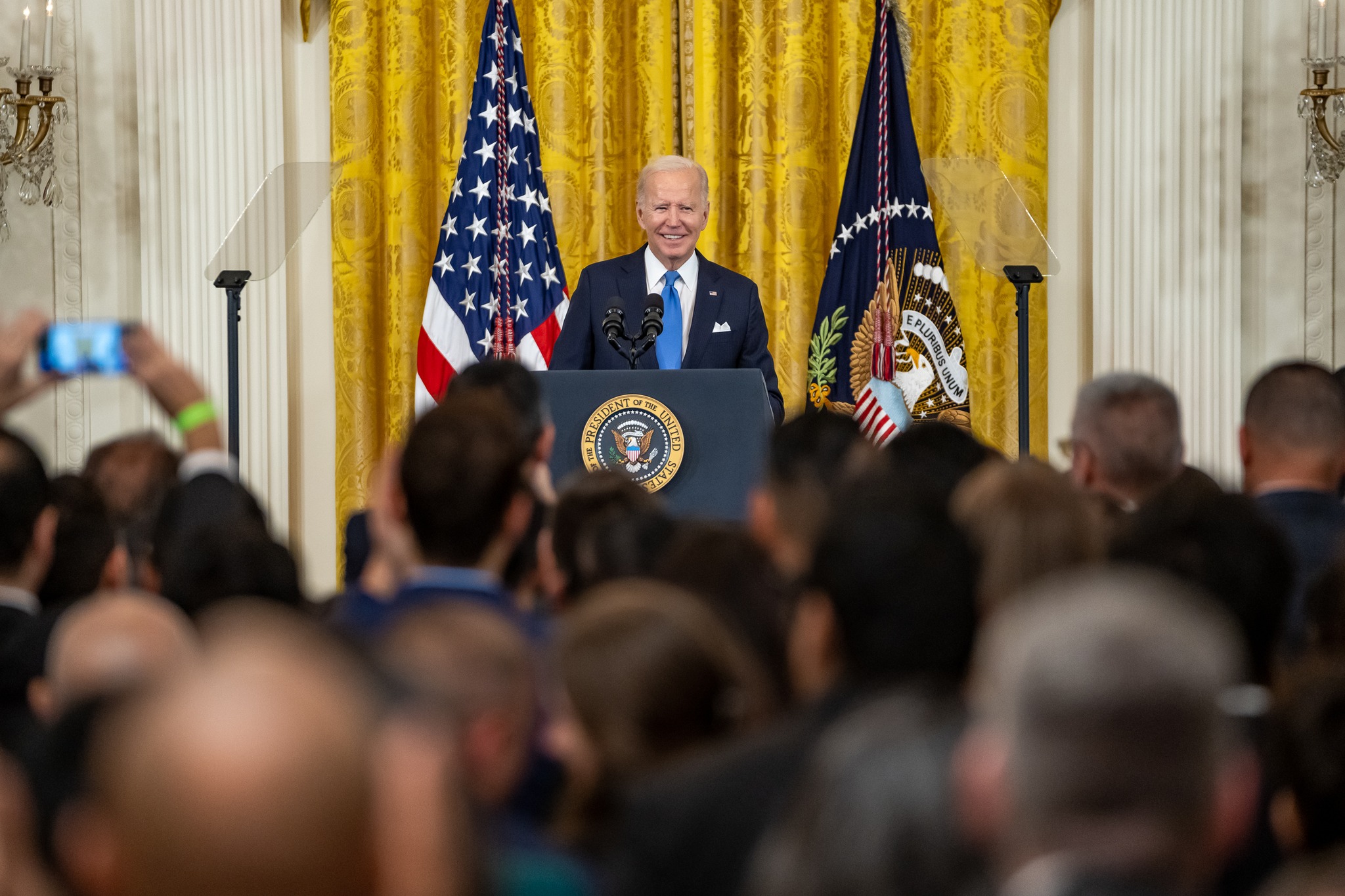 Nate Cohn: “Everything from a Democratic hold in the Senate and a fairly close race for the House to something like a Republican rout is well within the range of realistic possibilities on Tuesday.”

“Why such a wide range? With so many races on edge, it wouldn’t take much for the final outcome to feel very good, or very bad, for either party.”

“In the Senate, the races likeliest to decide control remain exceptionally close, with the poll averages showing essentially a dead-heat in Georgia, Pennsylvania, Nevada, Arizona and even New Hampshire. With just a few lucky breaks, either party could win control.”

“There’s a similar story in the House. While Republicans are plainly favored to win the chamber, dozens of races are tossups. It wouldn’t take much for Democrats to keep the race fairly close, perhaps delaying a call on House control for many hours or perhaps even days.”

Vox: How the polls might be wrong (again) this year.

The final midterm election forecast from Politico: “Republicans have a grip on the House majority. But the Senate is firmly up for grabs.”

Playbook: “We were also fortunate to get a preview of both David Wasserman’s final House forecast over at The Cook Political Report and Kyle Kondik’s final House forecast over at Sabato’s Crystal Ball. Add FiveThirtyEight’s model into the mix, and we see handicappers predicting that the GOP will gain between one and 35 seats, with most emphasizing gains in the twenties. The scenario of Democrats retaining control — something that was seen as a modest longshot late in the summer — is now viewed as exceedingly unlikely.”

We may not know which party controls the House or Senate for several days or even weeks after Election Night, but there are some key races which are good early indicators.

For the Senate, polls close in New Hampshire at 7 p.m. ET where Sen. Maggie Hassan (D-NH) finds herself in a very tight race. If Hassan loses to Don Bolduc (R) — who most analysts considered a very weak candidate — that’s a pretty good sign a red wave is coming. If Hassan wins by a solid margin, that will lead many to question the projections that show so many races this year a coin flip.

Polls also close at 7 p.m. in Georgia where Sen. Raphael Warnock (D) and Herschel Walker (R) are locked in a battle many expect to go to a runoff. If either candidate pulls off a clear win, it will be a good sign for their party overall.

Polls close in Ohio and North Carolina at 7:30 p.m. J.D. Vance (R) and Ted Budd (R) have slight advantages in the polling averages, but if Tim Ryan (D) or Cheri Beasley (D) can pull out victories it will be a good sign the polling has misfired again.

For the House, polls close in Virginia at 7 p.m. The only truly competitive race is in Virginia’s second congressional district where Rep. Elaine Luria (D) has staked her re-election on the GOP threat to democracy. Joe Biden barely won the reconfigured district two years ago, so if Luria hangs on it will be a very good sign for Democrats.

Rep. Abigail Spanberger (D) is also in a close race in Virginia’s seventh congressional district, though most analysts think she’s got a better shot at winning than Luria.

Polls also close at 7 p.m. in Indiana and eyes will be on the first congressional district. Rep. Frank Mrvan (D) is slightly favored in this working class seat, but if Republicans flip the seat it will be a sign the party may rack up big gains across the country.

While Election Night may stretch out over several days — or weeks — these races are the important ones to watch.

Politico: “Josh Hawley doesn’t just want to flip the Senate by electing fellow Republicans Blake Masters and J.D. Vance. He wants to bend the entire GOP conference with a bloc of like-minded senators. The Missouri senator, who helped convince both candidates to run, will go to Arizona on Friday for Masters, Ohio for Vance on Saturday and then finish the campaign on Monday in Missouri for GOP candidate Eric Schmitt.”

Wall Street Journal: “The Republican Party is winning support from a larger share of Black voters than in other recent elections and has improved its standing in the past few months among Latino voters, the latest Wall Street Journal poll finds, adding to evidence of the party’s increasing appeal among groups that have overwhelmingly favored Democratic candidates.”

“About 17% of Black voters said they would pick a Republican candidate for Congress over a Democrat in Journal polls both in late October and in August. That is a substantially larger share than the 8% of Black voters who voted for former President Donald Trump in 2020 and the 8% who backed GOP candidates in 2018 House races.”

“Third Way — a center-left think tank backed by some of the biggest names in Democratic politics — is sounding the alarm about deep-seated party flaws, based on its own new polling from Senate battlegrounds,” Axios reports.

From the memo: “If Democrats manage to hold on to the House and Senate, it will be in spite of the party brand, not because of it… Despite a roster of GOP candidates who are extreme by any standard, voters see Democrats as just as extreme, as well as far less concerned about the issues that most worry them.”

“Republican officials and candidates in at least three battleground states are pushing to disqualify thousands of mail ballots after urging their own supporters to vote on Election Day, in what critics are calling a concerted attempt at partisan voter suppression,” the Washington Post reports.

CNN: More than 3,400 mail-in ballots in Philadelphia at risk of rejection.

“Officials in a handful of closely contested states are warning that the winners of tight races may not be known on election night, raising the possibility of a delay that former president Donald Trump and his allies could exploit to cast doubt on the integrity of Tuesday’s midterm vote,” the Washington Post reports.

“In Pennsylvania, Arizona, Michigan and Wisconsin, officials have in recent days preemptively called for patience, acknowledging that some of the factors that bogged down the process in 2020 remain unresolved two years later. In some cases, partisan disagreements blocked fixes, and Trump’s own advice to voters on how to cast ballots may contribute to a longer wait.”

“Although the reasons for the delays vary from state to state, officials have been united in urging the public not to draw conclusions just because the count appears to be proceeding slowly.”

German Lopez: “Americans casting their ballots in tomorrow’s midterm elections might be voting in their 30th or 40th contest in four years. In the same amount of time, a German citizen might vote in six to eight races.”

“Put simply, the U.S. has an unusually high number of elections. The federal government alone holds elections every two years, compared with around every four or five years in other advanced democracies.”

“Why does this matter? Some experts argue that the saturation of elections has significant downsides — exhausting voters and hurting the quality of governance by pushing lawmakers toward more campaigning, fund-raising and short-term thinking.”

Los Angeles Mayor: UC Berkeley’s new poll for the Los Angeles Times finds Rep. Karen Bass edging out billionaire developer Rick Caruso just 45-41, a big shift from her 46-31 advantage in late September. The only numbers we’ve seen in the intervening time was a mid-October survey from the GOP firm J. Wallin Opinion Research for Southern California News Group, and it put Caruso ahead 40-37.

Bass, notes the L.A. Times’ Benjamin Oreskes, is taking about the same share of the vote in both of its polls, while Caruso has made huge gains as he’s utterly swamped the congresswoman in spending. The paper writes that the self-funding Caruso is on track to deploy a total of $26 million on advertising for the general election compared to $3.3 million for Bass. Oreskes also adds that Caruso has poured $13 million into canvassing operations.

Both candidates identify as Democrats in this officially nonpartisan race, but Bass has run ads reminding voters that Caruso is a former Republican who previously donated to Senate Minority Leader Mitch McConnell. Caruso, for his part, has aired commercials arguing that he’s an outsider who can bring change to a scandal-ridden city government.

Michigan Abortion Referendum: The Republican firm Mitchell Research & Communications’ newest survey for for MIRS shows Proposal 3, would enshrine the right to reproductive freedom including abortion into the state constitution, ahead 51-46. This marks a small shift from the 50-47 edge Mitchell gave the pro-choice “yes” side a little while ago; other firms have shown Proposal 3 ahead by a larger margin.