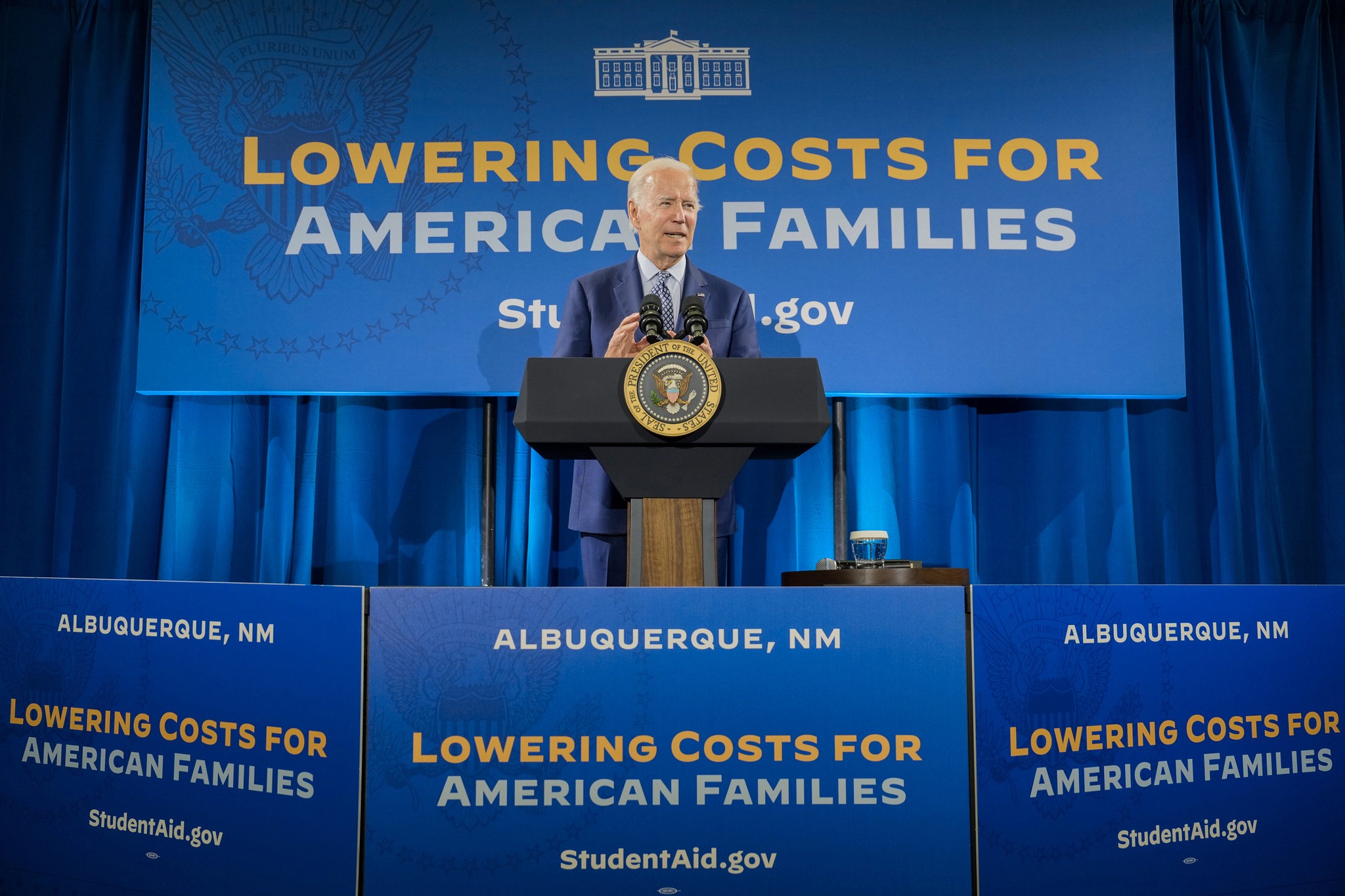 Twenty years ago, the best variable for predicting whether someone would vote Republican was if they attended church regularly. Today, it’s whether they went to college or not. If they didn’t, they’re much more likely to vote Republican.

This phenomenon is not just in the United States. Over the last couple of decades, highly educated voters in other Western countries — like Britain, France and Italy — have consistently moved toward left-wing parties, while their less educated counterparts have moved to the right.

But as Simon Bazelton notes, the trend was apparent in Brazil’s recent presidential election as well. Something seems to be happening globally. Bazelton explains: “People come up with all sorts of just-so stories for why educated voters are moving left, and less educated voters right, in a given country. In the United States, to give one example, some have tried to blame the loss of working-class voters from the Democratic party coalition in the United States on the party’s supposed betrayal of its union base.”

However, if a similar phenomenon is happening to Lula, perhaps the most labor sympathetic politician in the entire world, it seems like something deeper must be going on. My guess is this: the less educated tend to be more xenophobic and fearful and thus more susceptible to racism, bigotry and fascism. This then forces the more educated to flee to the left and center.

“Millions of voters will soon determine the fate of abortion access in a handful of states, including Michigan, which could become the first to make an abortion ban permanently unenforceable since the fall of Roe v. Wade,” NBC News reports.

“At the polls Tuesday, voters in California, Michigan and Vermont will decide whether to enshrine reproductive freedom rights in their state constitutions, while voters in Kentucky could do the opposite and explicitly conclude there should be no such protections.”

New York Times: “Crime surges and falls for reasons that experts don’t fully understand, and it’s hard for even the most proven ideas to quickly reverse its direction.”

“But the people with ready levers to pull are not sitting in the Senate. And your current sense of order in your community is definitely not controlled by your congressman.”

“Donald Trump is calling his top allies in Congress to push for details on their plans for impeaching President Joe Biden and top administration officials,” Rolling Stone reports.

“Specifically, Trump in recent months has repeatedly asked ‘how many’ times Republicans plan to impeach the president if they take control of the House… He has also asked about what they would do to impeach certain high-ranking Biden administration officials. Trump’s questions have touched on potential timelines for any potential impeachment inquiries, as well as on how much support impeachment has in the Republican conference.”

New York Times: “Mr. Biden has been spreading the faith across the country in recent days, undaunted by the polls and prognosticators forecasting a devastating defeat for his party in Tuesday’s midterm elections. Faith has been Mr. Biden’s calling card in his nearly two years in office — faith in the system in which he has been a fixture for more than half a century, faith that he could repair the fissures of a broken society, faith that he and he alone could beat former President Donald J. Trump if they face off again in 2024.

“It is not a faith shared by everyone, not even among fellow Democrats, not even among his own advisers and allies, some of whom view the coming days with dread. After turning to Mr. Biden for a sense of normalcy two years ago following the turmoil of Mr. Trump, voters now appear poised to register discontent that he has not delivered it the way they expected, regardless of whether it was realistic in the first place.”

Politico: Biden closes the election with a big roll of the dice.

Ron Brownstein: “If Republicans win control of one or both congressional chambers this week, they will likely begin a project that could reshape the nation’s political and legal landscape: imposing on blue states the rollback of civil rights and liberties that has rapidly advanced through red states since 2021.”

“Over the past two years, the 23 states where Republicans hold unified control of the governorship and state legislature have approved the most aggressive wave of socially conservative legislation in modern times. In highly polarizing battles across the country, GOP-controlled states have passed laws imposing new restrictions on voting, banning or limiting access to abortion, retrenching LGBTQ rights, removing licensing and training requirements for concealed carry of firearms, and censoring how public-school teachers (and in some cases university professors and even private employers) can talk about race, gender, and sexual orientation.”

“With much less attention, Republicans in the U.S. House and Senate have introduced legislation to write each of these red-state initiatives into federal law. The practical effect of these proposals would be to require blue states to live under the restrictive social policies that have burned through red states since President Joe Biden’s victory in 2020.”

Yevgeny Prigozhin, an ally of Russian President Vladimir Putin, said that Russia has interfered in US elections in the past and would continue to do so, Insider reports.

Said Prigozhin: “We have interfered, we are interfering and we will continue to interfere. Carefully, accurately, surgically and in our own way, as we know how to do.”

New York Times: “Many Twitter users and employees raised concerns that the new pay-for-play badges could cause confusion ahead of Tuesday’s elections because users could easily create verified accounts — say, posing as President Biden or as lawmakers or news outlets and publishing false information about voting results — which could potentially sow discord.”

New York Times: “There were also some early signs that key parts of the coalition that boosted Democrats to victory in 2018 and 2020 — moderate suburban white women and Latino voters — were swinging toward Republican candidates. Top Democratic officials made 11th-hour efforts to shore up their base. Vice President Kamala Harris made stops in Chicago to help Illinois Democrats. The first lady, Jill Biden, traveled to Houston on Sunday, trying to lift party turnout in Harris County, a stronghold for Democrats in Texas.”

“In the House, where Republicans need to flip five seats to control the chamber, the party vied for districts in Democratic bastions, including in Rhode Island, exurban New York, Oregon and California.”

“Senate Minority Leader Mitch McConnell lost trusted GOP colleagues to retirements, failed to persuade some top choices to run for Senate seats and ended up with some nominees who questioned the 2020 election results or attacked him personally,” the Wall Street Journal reports.

“But with just days to go until the midterm elections Tuesday, the 80-year-old Kentucky lawmaker has helped maneuver a new crop of Republicans into a strong position to win back the Senate, thanks to fundraising prowess that allowed his allies to shore up nominees in competitive races.”

New York Times: “The false narrative, which resonates with voters across the country, is just one example of how toxic the issue of immigration has become. Republicans have stepped up attacks against President Biden as weak and ineffective on immigration, making it even more difficult for the Biden administration to secure any meaningful immigration reform after the midterm elections, especially if the G.O.P. controls at least one legislative chamber.”

“But even if Republicans win control in Congress and want to advance their immigration policies, particularly on border security, they will have to find some compromise with Democrats to overcome the 60-vote filibuster threshold in the Senate — something that has been elusive for years, regardless of party control.”

“Britain is grappling with a surge in migrants crossing the English Channel by boat that is overwhelming the country’s asylum system and posing a challenge for Conservative Prime Minister Rishi Sunak,” the Wall Street Journal reports.

“Migrants from Africa have long undertaken perilous sea voyages across the Mediterranean to get to southern Europe. But such trips across the channel, which separates the U.K. from continental Europe, are relatively new and have increased rapidly.”

Sen. Joe Manchin (D-WV) on Saturday slammed President Biden after he called for coal plants across the US to be shuttered, saying Biden’s remarks are “outrageous and divorced from reality” and suggesting it’s “time he learn a lesson,” CNN reports.

Associated Press: “Manchin’s stinging rebuke of his party’s leader comes at precarious time for Democrats on the final weekend of campaigning before Tuesday’s elections that could put Republicans back in power in Congress.”

Associated Press: “Biden is asking voters to look beyond the current financial pain, saying that what matters are the job gains that he believes his policies are fostering.”

Washington Post: “The new messaging from the party leader came amid anxieties among Arizona Republicans that their assaults on early voting could ultimately suppress GOP turnout in a cycle that will help decide control of the U.S. Senate, the governor’s office and dozens of other contests.”

“In a swing state where Joe Biden won the 2020 presidential election by 10,457 votes, any shift in voter participation — a slight increase for one party or decrease for another — could decide a tight race.”