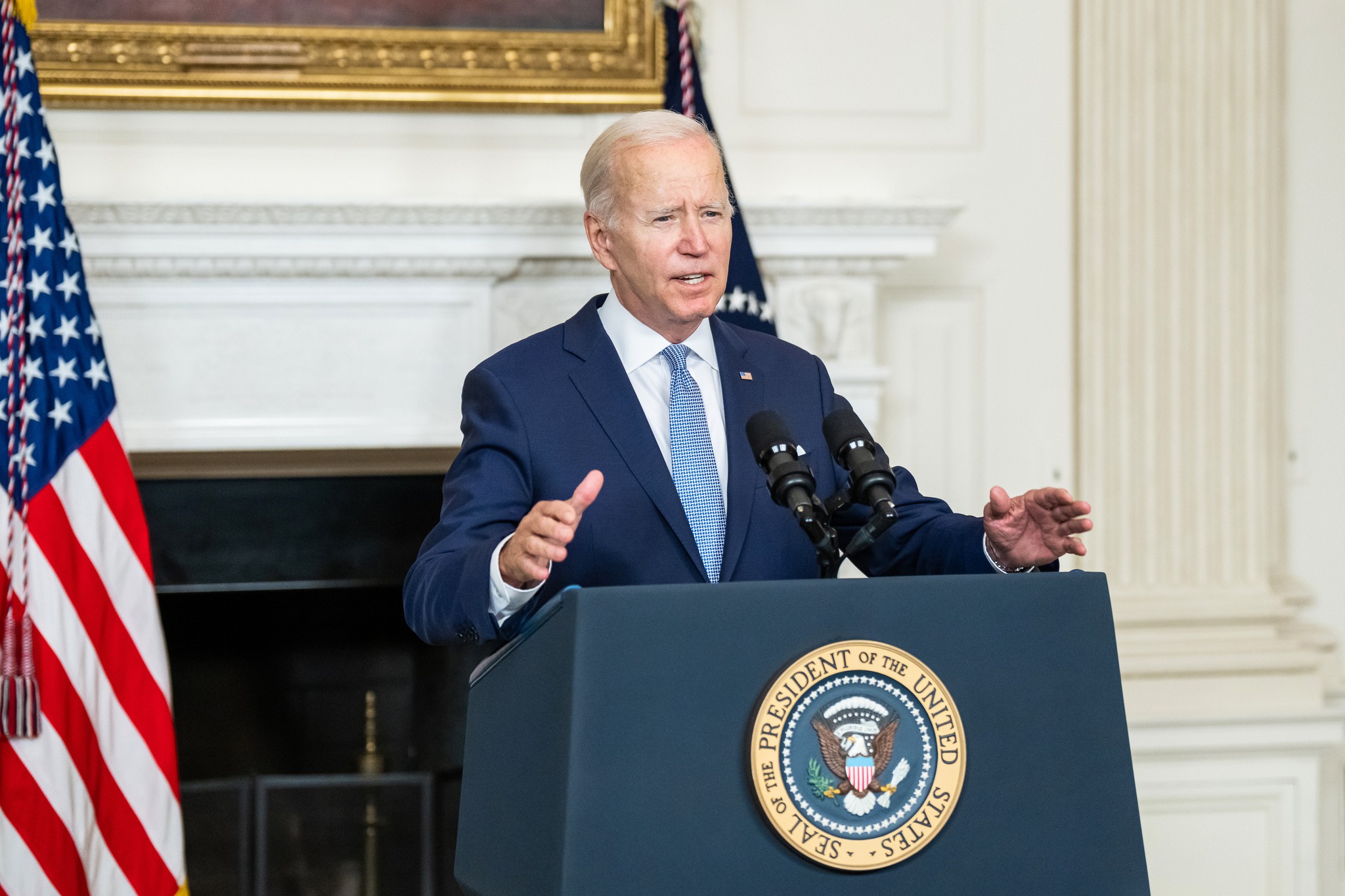 Donald Trump told an Iowa rally crowd that it was likely he will run again for president, KCCI reports.

Said Trump: “I ran twice, I won twice, and did much better the second time than I did the first, getting millions more votes in 2020 than I got in 2016; and likewise, getting more votes than any sitting president in the history of our country by far.”

He added: “And now, in order to make our country successful and safe and glorious, I will very, very, very, probably do it again, okay?”

She added: “I noticed he’s not there. I don’t know what the reason is. He’s barely been on Fox in general.”

“Under Republicans, not another penny will go to Ukraine. Our country comes first. They don’t care about our border or our people.”— Rep. Marjorie Taylor Greene (R-GA), at a rally in Iowa.

“President Putin is facing another humiliating defeat as Russian forces abandon their positions in the southern city of Kherson,” the Times of London reports.

“Russian commanders have fled the city, captured during the early days of the invasion, leaving “demoralized and leaderless” conscripts to face a Ukrainian advance.”

A British intelligence report said that due to low morale and reluctance to fight, Russian forces have probably started deploying “barrier troops” or “blocking units.”

It adds: “These units threaten to shoot their own retreating soldiers in order to compel offensives and have been used in previous conflicts by Russian forces.”

“House Republicans are in active discussions to immediately hit the ground running if they take power on Tuesday and target what has become one of their top priorities: Investigating President Joe Biden’s son,” CNN reports.

“On November 9 – the day after the midterm elections – Rep. James Comer of Kentucky, who is likely in line to chair the House Oversight Committee, told CNN he is going to resend a letter to the Treasury Department demanding the agency fork over any suspicious bank activity reports linked to Hunter Biden. A previous request was rebuffed, but Comer said the department may be more inclined to cooperate when it becomes clear Republicans are going to be in charge of the House, meaning the GOP will have newfound subpoena power.”

Congressional investigators are looking for dozens of pricey mementos gifted to former president Donald Trump and his family members by foreign governments, the Washington Post reports.

“In three decades of involvement in conservative politics, Rusty Bowers has never been so worried by the gap between perception and reality that currently plagues Arizona’s Republican Party,” Yahoo News reports.

“Ahead of the November 8 midterm elections, masked poll watchers, some of them armed, have been looming over ballot drop boxes in a bid to prevent a repeat of the vote-fixing they are convinced took Donald Trump’s presidency away from them in 2020.”

“No such conspiracy exists, says Bowers, and a party that was once more pragmatist than propagandist is now fully in thrall to unhinged theories — and it’s dangerous.”

“Thomas Barrack, a longtime friend of Donald Trump who chaired his inauguration committee, was acquitted Friday of violating federal law by acting as a foreign agent without authorization while trying to help the United Arab Emirates influence the U.S. government,” the Washington Post reports.

“Early this Sunday morning, Americans will engage in the annual autumnal ritual of ‘falling back’ — setting their clocks back one hour to conform with standard time,” the Washington Post reports.

“If some lawmakers had their way, it would mark the end of a tradition that has stretched for more than a century. But a familiar story unspooled of congressional gridlock and a relentless lobbying campaign, this one from advocates that some jokingly call ‘Big Sleep.’”

“A bill to permanently ‘spring forward’ has been stalled in Congress for more than seven months, as lawmakers trade jabs over whether the Senate should have passed the legislation at all. House officials say they’ve been deluged by voters with split opinions and warnings from sleep specialists who insist that adopting permanent standard time instead would be healthier, and congressional leaders admit they just don’t know what to do.”

Josh Barro: “This is a message of primary interest to the most core voters in the Democratic Party coalition. They are sure to vote for Democrats already — in fact, many of them have already voted. The idea that telling voters about January 6 one more time would help anything is just crazy.”

“But the other problem is that the message makes no sense on its face.”

“When Democrats talk about “democracy,” they’re talking about the importance of institutions that ensure the voters get a say among multiple choices and the one they most prefer gets to rule. But they are also saying voters do not get to do that in this election. The message is that there is only one party contesting this election that is committed to democracy — the Democrats — and therefore only one real choice available. If voters reject Democrats’ agenda or their record on issues including inflation, crime, and immigration (or abortion, for that matter), they have no recourse at the ballot box — they simply must vote for Democrats anyway, at least until such time as the Republican Party is run by the likes of Liz Cheney and Adam Kinzinger.”

“This amounts to telling voters that they have already lost their democracy.”

“As he cruises toward re-election Tuesday, California Democratic Gov. Gavin Newsom has spent much of his time and campaign money picking fights with Republicans in other states, including running ads in Texas and Florida criticizing their GOP governors,” the Wall Street Journal reports.

“But in Sacramento, where Democrats dominate the state legislature and have perennial ambitions to push first-in-the nation policies on everything from climate change to technology regulation, Mr. Newsom has regularly clashed with the most progressive elements of his own party.”

“Hillary Clinton asked a federal judge to sanction former President Donald Trump and his lawyers for filing an allegedly frivolous lawsuit accusing them of conspiring to undermine his term in office,” Bloomberg reports.

“Trump and his attorneys should be ordered to pay $1.06 million in legal fees and costs that were racked up by Clinton, her 2016 presidential campaign and several other Democratic-linked defendants for filing the suit as a ‘political stunt,’ according to a filing Monday in federal court in Florida.”

Janan Ganesh: “Over the past decade, in both America and Britain, the most interesting class war has been within the elite, not against it from below. The typical belligerent is a prosperous urbanite who relishes the outrage of more liberal peers. But they are peers. Having conservative politics in a left-leaning over-class doesn’t mark you out as a stout yeoman of the heartland. It is not ‘punching up’ if you are as rich or richer than the people you are punching. Donald Trump and Boris Johnson have the reality-bending gumption to pull off this dangerous game. That isn’t true of most people who play it.”

“Some friendly advice, then, to the rightwing hedgies, the Palm Beach courtiers, the tabloid scribblers, the weekend golfers who vote Trump or Johnson to upset the more liberal kind of rich person: hope that your efforts to stir up anger at the elite aren’t successful. Because if the mob comes, it won’t know or care to distinguish between different groupuscules of the one percent.”