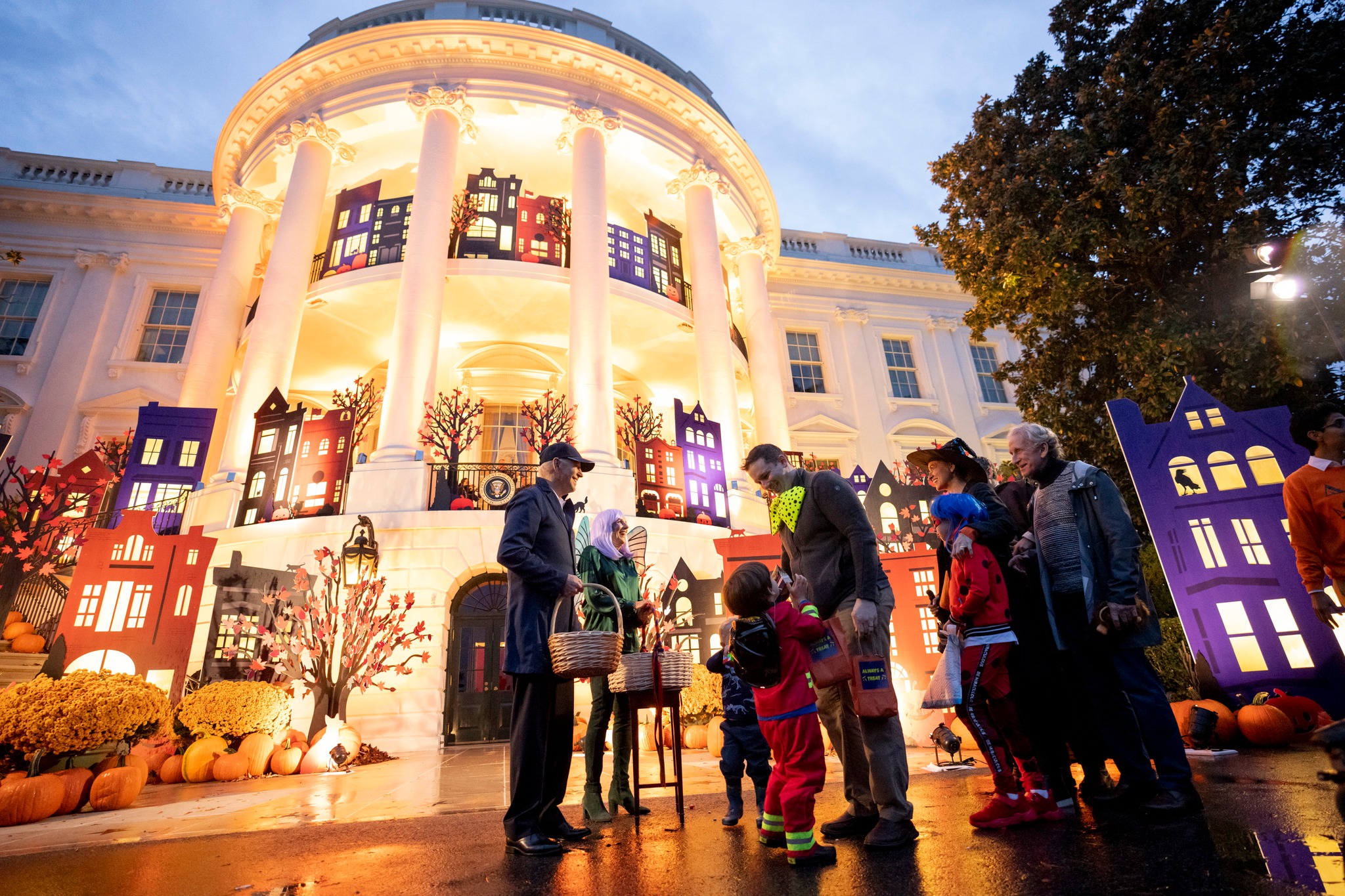 “An enthusiastic Republican base and persistent concerns about the state of the economy place the GOP in a strong position with about a week to go in the race for control of the US House of Representatives,” according to a new CNN Poll.

“The new survey out Wednesday shows that Democratic enthusiasm about voting is significantly lower than it was in 2018, when the Democratic Party took control of the House. Republican voters in the new poll express greater engagement with this year’s midterm election than Democrats across multiple questions gauging likelihood of vote.”

“One week before Election Day, an increasing number of Americans say inflation (36 percent) is the most urgent issue facing the country today, up 9 percentage points since late August,” according to a Quinnipiac Poll.

“Abortion (10 percent) ranks as the second most urgent issue with no other issue reaching double digits.”

Donald Trump predicted a “red wave because of crime” in the midterm election, but conceded the Senate remains in flux, the Wall Street Journal reports.

The FiveThirtyEight forecast shows the race for Senate control is a coin flip.

Key takeaway: “The contest is up for grabs, the survey shows, with an unusually high 19% of independents undecided, even as early voting has opened.”

Also important: “Seven percent of those now supporting other Senate candidates or undecided in the race say they would have voted for Fetterman if he hadn’t had a stroke.”

Philadelphia Inquirer: What effect did the Oz-Fetterman debate have on the Senate race? Here’s what three new polls show.

“President Biden and first lady Jill Biden have been meeting since September with senior advisers at the White House residence to prepare a potential 2024 reelection campaign,“ the Washington Post reports.

“The meetings of what advisers describe as a ‘very small group’ come as the Democratic National Committee has been making plans to respond on President Biden’s behalf to former president Donald Trump or other potential presidential contenders who could announce campaigns in the coming months.”

“Nearly two-thirds of donations to US Senate candidates in this election cycle have come from out-of-state contributors instead of from possible constituents, reflecting an intense political tribalism in which control of Congress is prioritized over local issues,” Bloomberg reports.

ARIZONA 2ND CD. The Congressional Leadership Fund is making its first foray against Democratic Rep. Tom O’Halleran in this redrawn 53-45 Trump seat, an offensive that comes about two weeks after Democratic groups first took to the airwaves against Republican Eli Crane. The NRCC previously spent a hefty $1.7 million here in September, but until now, conservatives seemed content that they’d weakened O’Halleran enough.

CALIFORNIA 34TH CD. Democratic Rep. Jimmy Gomez fended off an intra-party challenge from former prosecutor David Kim by a shockingly close 53-47 margin in the 2020 general election, and Gomez seems determined to make sure their rematch turns out very differently. While Kim is once again campaigning as an ardent progressive in this safely blue seat in downtown Los Angeles, the New York Times reports that Gomez has sent out mailers declaring he’s running “with QAnon-MAGA support.”

Gomez’ campaign argues this attack is fair because Kim two years ago received the backing of Republican Joanne Wright, a QAnon conspiracy theorist who failed to advance out of the top-two primary. The congressman’s team said that Wright’s beliefs were already public back then, while Kim has declared that Gomez is misleadingly making it sound like he’s gotten support from QAnon acolytes for 2022.

PENNSYLVANIA 12TH CD. AIPAC has launched a $1 million offensive against Democrat Summer Lee, whom it unsuccessfully tried to stop in the May primary, in what marks the first time that the hawkish pro-Israel group has attacked a candidate in a general election. The only other fall spending we’ve seen from AIPAC’s United Democracy Project is the $500,000 it spent in California’s 15th District all-Democratic contest to promote Assemblyman Kevin Mullin, who faces San Mateo County Supervisor David Canepa.

The spot against Lee slams her as a “radical” and uses a clip of her saying, “I believe in prison abolition.” The move comes around the same time that the NRCC said it would be spending six figures against the Democrat in this 59-39 Biden constituency, where Lee faces a Republican named Mike Doyle for the right to succeed retiring Democratic incumbent Mike Doyle.

House Majority PAC is airing ads for Team Blue in four Democratic-held seats that, until now, had attracted no serious outside spending from either side. The only size of the buy we have is from northern New Mexico’s 3rd District, where the National Journal says HMP is deploying $145,000 to aid Rep. Teresa Leger Fernandez against Alexis Martinez Johnson. Biden would have prevailed 54-44 here, and a recent survey from Research and Polling showed Leger Fernandez up 53-35.

HMP is also getting involved to help two Illinois incumbents, 6th District Rep. Sean Casten and 14th District Rep. Lauren Underwood, whose suburban Chicago seats Biden would have won 55-44 and 55-43, respectively. Finally, HMP is running a spot in New York’s open 4th District on Long Island, where Democrat Laura Gillen is going up against Republican Anthony D’Esposito. Biden would have carried this seat 57-42, and just like in the two Illinois districts, we haven’t seen any polling here.

CHICAGO MAYOR. Rep. Chuy Garcia has publicized a survey from Public Policy Polling that argues that, should he run, he’d be the candidate best positioned to beat his fellow Democrat, incumbent Lori Lightfoot. Garcia himself says he’d only get in if his party lost the House majority next week, though he’s already gathering petitions ahead of the Nov. 28 filing deadline.

MAINE 2ND CD. FiveThirtyEight’s Nathaniel Rakich relays that a spokesperson for Maine’s secretary of state indicated that officials “anticipate that any ranked-choice voting tabulation would happen midweek in the week following Election Day.” Consequently, we may not know the winner for days in the hotly contested 2nd District, where Democratic Rep. Jared Golden faces a rematch of 2018 against former GOP Rep. Bruce Poliquin and independent Tiffany Bond, since there’s a significant chance that Bond will prevent either Golden or Poliquin from winning the outright majority needed to avoid the ranked-choice process from playing out just as she did in 2018.

“Senate Republicans are in their best position in months to net the one seat they need to flip control of the chamber next year — on the eve of the midterms, no less,” Politico reports.

“Claiming even that one needed seat looked like a Herculean task this summer as GOP candidates, several of them blessed by Donald Trump, struggled in must-win races across the map. Those struggles now mostly behind them, Republicans finally feel optimistic thanks to a late-game spending surge and a deteriorating national environment for Democrats.”