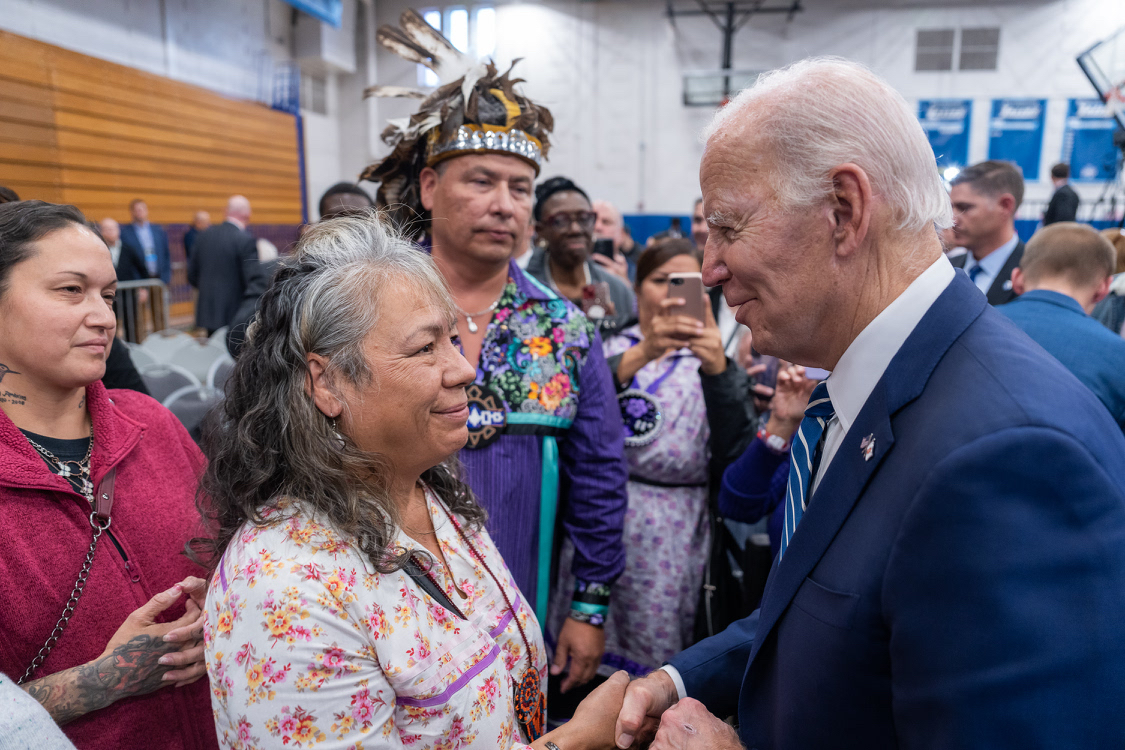 Donald Trump Jr. mocked the violent attack on Speaker Nancy Pelosi’s husband by posting an image of a pair of Hanes underwear and a hammer alongside the caption: “Got my Paul Pelosi Halloween costume ready.”

The San Francisco police told NBC News on Sunday that law enforcement had discovered zip ties at House Speaker Nancy Pelosi’s (D-CA) home on Friday when they were investigating the scene of the horrific assault on Pelosi’s 82-year-old husband, Paul Pelosi.

They also found duct tape, according to CNN and ABC News.

DePape, who had regularly posted far-right conspiracy theories online, allegedly targeted Pelosi’s home specifically to find the House speaker, shouting “Where’s Nancy?” when he broke into the house. The California Democrat wasn’t home at the time.

Pelosi’s son, Paul Pelosi Jr., signaled on Saturday that his father was still on track for a full recovery, telling reporters “So far, so good.” Paul Pelosi is recovering in the hospital after surgery for a skull fracture from the assault.

New York Times: “The attack on Ms. Pelosi’s husband, Paul Pelosi, on Friday, which left him with a fractured skull and appeared to be part of a planned attack on the speaker herself, came after a yearslong campaign by Republicans to demonize and dehumanize Ms. Pelosi in increasingly ugly ways.”

“For the better part of two decades, Republicans have targeted Ms. Pelosi, the most powerful woman in American politics, as the most sinister Democratic villain of all, making her the evil star of their advertisements and fund-raising appeals in hopes of animating their core supporters. The language and images have helped to fuel the flames of anger at Ms. Pelosi on the right, fanned increasingly in recent years by a toxic stew of conspiracy theories and misinformation that has thrived on the internet and social media, with little pushback from elected Republicans.”

New York Times: “The victory completes a stunning political revival for Mr. da Silva — from the presidency to prison and back — that had once seemed unthinkable.”

“It also ends Mr. Bolsonaro’s turbulent time as the region’s most powerful leader. For years, he attracted global attention for policies that accelerated the destruction of the Amazon rainforest and exacerbated the pandemic, which left nearly 700,000 dead in Brazil, while also becoming a major international figure of the far right for his brash attacks on the left, the media and Brazil’s democratic institutions.”

New York Times: Bolsonaro lost. Will he accept the results?

“Russian forces launched a wave of missile strikes on Kyiv and across Ukraine on Monday, knocking out electricity and water supplies in parts of the country, as the Kremlin intensified its attacks on the country’s civilian infrastructure,” the Wall Street Journal reports.

“But a phone call between the two leaders in June played out differently from previous ones, according to four people familiar with the call. Biden had barely finished telling Zelensky he’d just greenlighted another $1 billion in U.S. military assistance for Ukraine when Zelenskyy started listing all the additional help he needed and wasn’t getting. Biden lost his temper, the people familiar with the call said. The American people were being quite generous, and his administration and the U.S. military were working hard to help Ukraine, he said, raising his voice, and Zelensky could show a little more gratitude.”

FiveThirtyEight: “Since June, thousands of Americans have crossed state lines seeking abortion, like a pressure wave spreading out from a blast zone. A data set shared exclusively with FiveThirtyEight shows that in the two months after the Supreme Court decision, there were 10,570 fewer abortions as compared to pre-Dobbs estimates. That figure is a net, counting both declines in some states and increases in others, and it shows how a few states are absorbing some — but not all — of the demand for abortions in states where it’s now banned.”

“Inflation reached 10.7% across the 19 countries that use the euro currency, a 40-year high,” Deutsche Welle reports.

“Economic powerhouses Germany, France, and Italy were driving price increases the most.”

“At the same time, the economy grew ever so slightly in the third quarter, with Germany showing 0.3% growth instead of the predicted financial contraction.”

“If election night in 2020 was clouded by a so-called red mirage that misleadingly suggested Donald J. Trump was headed toward a landslide victory, early results on Nov. 8 may have a similarly exaggerated hue — distinctly pink, if not crimson,” the New York Times reports.

“For the second straight election, Republican votes are more likely to be counted and reported first in several battleground states, giving the party’s candidates deceptively large early leads that will probably diminish as counting continues.”

“Twitter is strongly considering making its users pay to remain verified on the service,” Platformer reports.

“If the project makes forward, users would have to subscribe to Twitter Blue at $4.99 a month or lose their badges.”

“Tom Cotton likens it to a faraway target at the shooting range. Tim Scott says any talk of it is premature. Ted Cruz allows that it’s in the back of his mind,” Politico reports.

“Whether Republican senators demur or not, the 2024 presidential primaries are not far off. And for those who want to position themselves in case Donald Trump shows vulnerability or takes a pass, the last few days of the midterms amount to the race’s starting gun.”

“Sixteen months after Benjamin Netanyahu, Israel’s longest-serving prime minister, was turfed out of office by an unwieldy coalition led by a former aide, he is on the brink of returning to power,” The Economist reports.

“Chris Cuomo is demanding that his bosses at NewsNation move his new show to a different time slot — his latest, desperate bid to improve his sagging viewership on the fledging cable-TV network,” the New York Post reports.

Said an insider: “Cuomo is getting nasty about the ratings and he’s starting to blame everyone but himself. He’s blaming the network, staff that he personally hired, his lead-in, the promo department and even the press department!”

“The head of Iran’s Revolutionary Guards has told protesters that Saturday will be their last day of taking to the streets, in a sign that security forces may intensify their crackdown on unrest sweeping the country,” The Guardian reports.

“The US plans to deploy B-52 bombers to Australia, in Washington’s latest effort to boost military co-operation with Canberra and send a strong signal to China as tensions mount in the Indo-Pacific,” the Financial Times reports.

“The Pentagon will deploy the B-52s, which carry nuclear or conventional weapons, to Australia’s Northern Territories as part of rotational bomber task forces that conduct exercises with allies.”