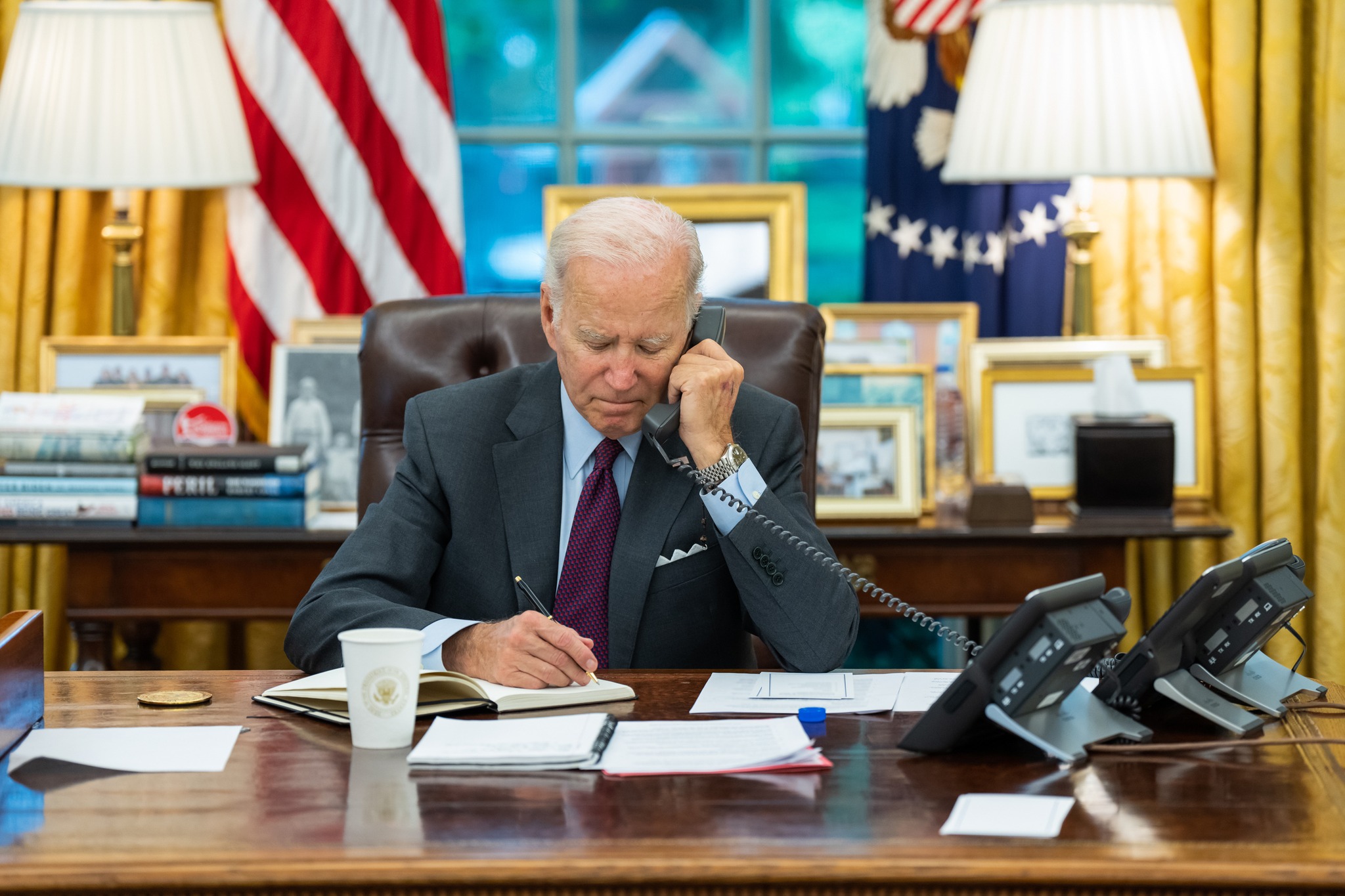 “At least two child incest victims were denied abortion care since the state’s 15-week abortion ban—which lacks exceptions for rape and incest—took effect in July,” Jezebel reports.  This is no longer some scary, hypothetical future. It’s the present.

Vasectomies have been on the rise ever since the Supreme Court’s conservative majority struck down Roe v. Wade, so several Planned Parenthood clinics have started offering to do the procedures for free.  Make sure to be smarter about it than Michael Scott, folks.

“Donald Trump Jr., a top executive at the Trump Organization, told New York investigators that he was not involved in preparing the real estate company’s financial statements at the center of a $250 million lawsuit and that his knowledge of accounting rules is limited to a college course,” CNN reports.

In short, the senator was tipped off to secret intelligence reports during the Iraq War debate by a pair of joggers in the park.

“A federal judge on Friday denied an effort by John Eastman, the attorney who helped devise Donald Trump’s last-ditch effort to subvert the 2020 election, to reclaim his phone from the Justice Department,” Politico reports.

“A judge has dismissed a young woman from the jury hearing the trial of three men in connection with a 2020 plot to kidnap Michigan Gov. Gretchen Whitmer after attorneys accused her of flirting with one of the defendants,” the AP reports.

“Peter Thiel, the billionaire and Republican political patron, has declared the two-bedroom apartment that he rents himself as his address while he works toward a goal he has pursued for about a year: becoming a citizen of the tiny island nation of Malta,“ the New York Times reports.

“Mr. Thiel, 55, is in the process of acquiring at least his third passport even as he expands his financial influence over American politics.”

“But Gingrich’s 2012 presidential campaign committee, almost a decade past its expiration date, is still swimming in a sea of red.”

“The ‘Newt 2012’ campaign committee remains technically active and more than $4.63 million in debt, according to financial filing submitted October 14 to the Federal Election Commission. No presidential campaign from any election cycle owes creditors more money.”

NBC News: “At least 20 conservative candidates and elected officials have claimed this year that K-12 schools are placing litter boxes on campus or making other accommodations for students who identify as cats.”

“Every school district that has been named by those 20 politicians said either to NBC News or in public statements that these claims are untrue. There is no evidence that any school has deployed litter boxes for students to use because they identify as cats.”

Washington Examiner: “Multiple factors are driving this astonishing political separation [between the GOP and the Chamber of Commerce], including the inroads former President Donald Trump made with blue-collar voters now spilling over into gains with Hispanics, and the rise of politically active corporations siding with Democrats on cultural issues.”

“But the key development in the breakdown was the decision many corporate political action committees made to cut off donations to congressional Republicans who voted against certifying Biden’s Electoral College victory on Jan. 6, 2021.”

Axios: “A former company [Trump Truth Social] executive reportedly filed a whistleblower complaint with federal securities regulators in August, and it remains unable to access hundreds of millions of dollars tied to a prospective merger with a blank check acquisition company.”

“The company doesn’t currently generate any revenue, and has said it only has enough cash to last through next spring.”

Said Begala: “The early states are full of white liberals. They don’t like Joe. Then when we move to real Democrats, African Americans in the south, they loved him and he steamrolled everybody. Because in my party, the heart and soul of the party are people of color, not pain-in-the-ass white liberals on Twitter. I’m sorry to use bad language.”

Michael Cohen says he fears for his safety if Donald Trump ever becomes president again, The Hill reports.

Said Cohen: “My fear is that you’re going to see like what you see in Russia right now. All of these individuals flying out of windows or mysterious deaths of suicide. Donald has a very long list of — we’ll call it an enemies list — and I’m certain that I am definitively on it.”