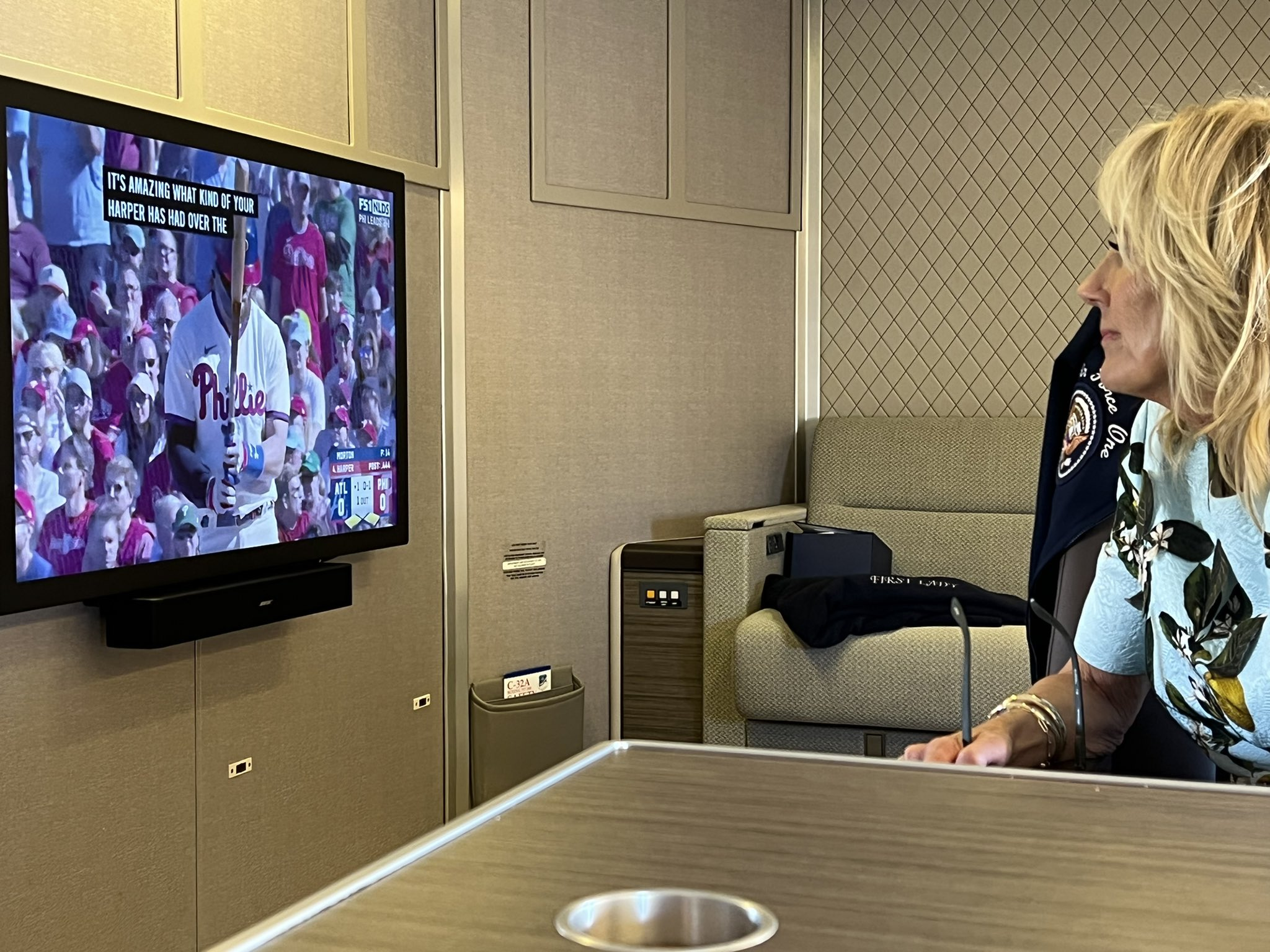 “The Justice Department asked a federal appeals court on Friday to overturn a judge’s appointment of an independent arbiter to review documents seized during an FBI search of former President Donald Trump’s Florida estate,” the AP reports.

“The appeal is the latest salvo in weeks of litigation over the scope of duties of the arbiter, also known as a special master.”

New York Times: “In a 53-page brief before the U.S. Court of Appeals for the 11th Circuit, in Atlanta, the Justice Department broadly challenged the legal legitimacy of orders last month by Judge Aileen M. Cannon, who blocked investigators from using the materials and appointed an independent arbiter to sift them for any that are potentially privileged or Mr. Trump’s personal property.”

“Federal investigators contacted at least two aides to former President Donald Trump months before the FBI searched his Mar-a-Lago resort and have sought to talk to them again in recent weeks, people familiar with the matter said, as the Justice Department examines possible obstruction of its efforts to retrieve hundreds of government and classified documents,” the Wall Street Journal reports.

“The aides, Walt Nauta and Will Russell, are witnesses in the Justice Department’s investigation into the handling of presidential and classified records taken from the White House but aren’t formally cooperating with the probe, the people said. Mr. Russell hasn’t personally spoken to investigators, who are communicating directly with his counsel…”

“The federal interest in Mr. Russell hasn’t been previously reported. He served in the Trump White House, including as a coordinator of presidential travel, and went on to work for the former president in Florida after he left office. Mr. Russell had previously been subpoenaed in connection with the Justice Department’s investigation of the Jan. 6, 2021, riot at the U.S. Capitol. The FBI’s questioning of Mr. Nauta was earlier reported by the New York Times.”

“Never-before-seen video of House Speaker Nancy Pelosi (D-CA) and other congressional leaders on Jan. 6, 2021, offers strikingly vivid evidence undermining former president Donald Trump’s long-debunked claim that the failure to adequately protect the Capitol from a pro-Trump mob lay not with him but with Pelosi,” the Washington Post reports.

“In the video shown Thursday by the House committee investigating the attack, Pelosi is on the phone pleading with Trump administration officials for help to stop the violence and secure the Capitol as U.S. Capitol Police were overmatched by the hundreds of rioters storming the building — including some who demanded her head. Getting nowhere with the officials, she reaches out to Virginia’s governor and says she will contact the D.C. mayor.”

“Throughout the video, Pelosi is intent on resuming the congressional process of counting the electoral college votes for Joe Biden’s win while showing the nation that the government was still functioning despite the siege.”

“While the program was carried out by a private contractor, the new records show the deep involvement of Larry Keefe, DeSantis’ public safety czar, and James Uthmeier, his chief of staff, in an operation that has led to at least one criminal investigation, a separate U.S. Treasury Department probe and several lawsuits — potentially heightening their exposure to the various inquiries underway.”

New documents released under Florida’s sunshine law have revealed more details of the Perla-DeSantis hoodwink operation in San Antonio. DeSantis Public Safety Czar Larry Keefe, the former lawyer for the contractor Florida has already paid $1.5 million for the Vineyard migrant flight, was closely involved in the operation. He directed the “Perla” crew’s operation from Florida. Critically, Keefe made at least one trip to San Antonio to oversee the operation.

That is important because it makes Keefe a potential target of the criminal investigation being conducted by the Bexar County (San Antonio) Sheriff’s Department. The Sheriff’s office has said that only those physically in the jurisdiction and participating would be charged.

“For all the shock and dismay at the chaos that has enveloped Britain’s new government, this was a crisis foretold,” the New York Times reports.

“When Liz Truss ran for leader of the Conservative Party on a platform of sweeping tax cuts this summer, her opponent, Rishi Sunak, warned about embarking on a spree of public borrowing at a time of spiraling prices.”

“On Friday, the last strands of that fairy tale unraveled. Prime Minister Truss ousted the chancellor of the Exchequer, Kwasi Kwarteng, after his tax-cutting program roiled the markets and sent the pound into a tailspin. She also announced plans to reinstate an increase in corporate taxes, gutting her supply-side agenda and effectively embracing the policies of the defeated Mr. Sunak.”

Vanity Fair: “The 2020 presidential transition was the most bitterly contested and dangerous since the Civil War. But while Donald Trump’s campaign to overthrow Joe Biden’s election was conducted in plain sight, another remarkable drama was playing out behind the scenes. It’s a story that hasn’t been fully reported before.”

John Harris: “In historical terms, Trump is a larger figure than ever. Far from loosening, his claim on national attention is as urgent as ever. Far from fading into irrelevance, Trump is now positioned to be among the most consequential presidents of his era. This is largely on the strength of what looks to be the most consequential EX-presidency in American history.

“The usual journalistic crutch when assessing political legacies is ‘for better or worse,’ but in this case it is only for worse. Trump’s historic significance flows from how effectively he has made people doubt what was previously beyond doubt — that American democracy is on the level — and how brilliantly he has illuminated just how much this generation of Americans looks at one another with mutual contempt and mutual incomprehension.

“Here is the great paradox of the Jan. 6 panel. Its inquiry has systematically dismantled Trump’s deceptions and denialism surrounding the 2020 election. At the same time, it has helped build Trump into something much larger than he appeared two years ago. He is a political leader too serious to forget.”

A new Morning Consult poll finds that the nation’s three most popular governors are all Republicans from deep blue states — Massachusetts, Vermont and Maryland.

Charlie Sykes points out what they have in common:

“The Biden administration is considering a humanitarian parole program for some Venezuelans, a plan that the administration hopes will discourage Venezuelans from continuing to cross the southwestern border illegally,” the New York Times reports.

“Whenever the president travels, a special bullet-resistant lectern called the ‘blue goose,’ or its smaller cousin ‘the falcon,’ is in tow. Lately, President Joe Biden is rendering them all but obsolete as he increasingly reaches for a hand-held microphone instead,” the AP reports.

“From casual fundraisers to more formal remarks on disaster response or inflation or the like, Biden has opted for a hand-gripped mic more than a dozen times in recent months — even when he’s standing in front of the fixed double microphones on a presidential-seal-adorned lectern.”

“Those who know him best say the mic swap makes Biden a much more natural speaker, and he knows it.”

“For more than four decades, Mr. Biden has embraced storytelling as a way of connecting with his audience, often emphasizing the truth of his account by adding, ‘Not a joke!’ in the middle of a story. But Mr. Biden’s folksiness can veer into folklore, with dates that don’t quite add up and details that are exaggerated or wrong, the factual edges shaved off to make them more powerful for audiences.”

But keep in mind: “Mr. Biden’s instances of exaggeration and falsehood fall far well short of those of his predecessor, who during four years in office delivered what the Washington Post fact checker called a ‘tsunami of untruths’ and CNN described as a ‘staggering avalanche of daily wrongness.’”

Washington Post: “Promoted as the centerpiece of Trump’s post-presidential business ambitions, the company had marketed itself as a budding media empire, with enterprises planned in social media, video streaming, live events and online payments — a powerful rival not just to Twitter but Disney, Google and Amazon.”

“But inside the company, Wilkerson said, those plans gave way to bitter infighting, technical failures and a chaotic jockeying for power among Trump allies that undermined its potential and left some employees crying at their desks.”

NASA says its recent attempt to deflect the path of an asteroid was successful, the BBC reports.

“The mission was conceived to test a potential strategy to defend the Earth against threatening objects. Dart’s achievement proves such an idea would work, provided it was initiated early enough and the target wasn’t overly massive.”

David Montgomery: “To help game out the consequences of another Trump administration, I turned to 21 experts in the presidency, political science, public administration, the military, intelligence, foreign affairs, economics and civil rights. They sketched chillingly plausible chains of potential actions and reactions that could unravel the nation.”

Mike Lindell said he would call “every single journalist” in the country to present blockbuster evidence that Donald Trump was actually elected president in 2020.

“Donald Trump’s political operation has spent more money since he left office on lawyers representing the former president and a pair of nonprofits staffed by former Cabinet members than it has on Republican congressional campaigns,” the Washington Post reports.

“I have the votes.”— Sen. Mitch McConnell (R-KY), in a CNN Interview, with a message for those who want him ousted from his leadership post.

New York Times: “Several mentioned that they expected Trump to avoid announcing a re-election run as long as possible — freezing the potential G.O.P. field in place and, possibly, crippling any nascent campaign organizations they hope to build.”