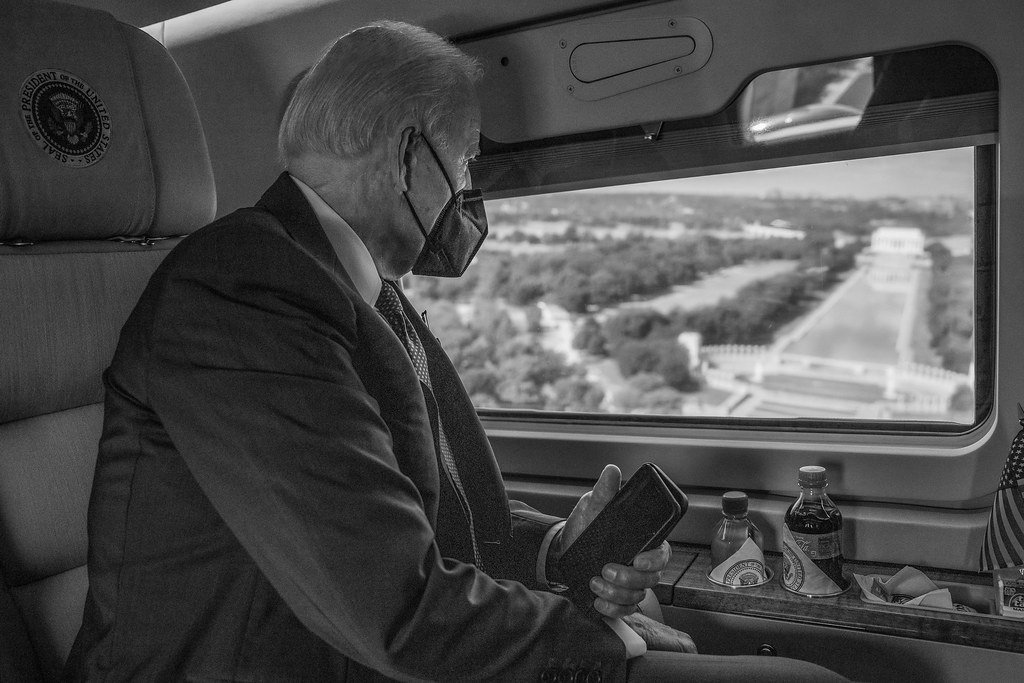 “The Justice Department asked the Supreme Court on Tuesday to deny a petition from Donald Trump’s attorneys in the Mar-a-Lago search case, arguing that allowing an outside arbiter to review the classified documents seized from Trump’s residence would ‘irreparably injure’ the government and that as former president he has no ‘plausible’ claims of ownership over sensitive government materials,” the Washington Post reports.

“It’s the latest turn in the department’s high-stakes investigation to determine whether the former president or his advisers mishandled national security secrets, or hid or destroyed government records. Prosecutors have accused Trump’s team of failing to turn over highly sensitive government documents when asked, and over the summer took the extraordinary step of executing a search warrant at his home and private club in South Florida.”

“The National Archives, without naming former President Trump, pushed back Tuesday on claims he made over the weekend that other past presidents had mishandled their White House records with the help of the agency,” The Hill reports.

“The Archives noted that other presidents have not taken records, but rather coordinated with the agency to have relevant materials transported to their presidential library.”

President Biden told CNN that he believed Russian President Vladimir Putin is a “rational actor” who nonetheless badly misjudged his ability to invade Ukraine and suppress its people.

Said Biden: “I think he is a rational actor who has miscalculated significantly.”

“Ukraine said on Wednesday that Germany had delivered the first of four ultramodern air defense systems — so new that they have never been used on the battlefield — as Russia’s attacks spurred a renewed effort from Ukraine’s international allies to speed up military aid,” the New York Times reports.

“Defense officials from dozens of countries gathered in Brussels to discuss supplying Ukraine with more weapons, two days after Russia unleashed its broadest barrage of missile and drone strikes on Ukrainian cities since the war began, knocking out water and power systems and killing more than 20 people.”

Jonathan Last: “Russia is a dangerous place to take a fall. Every year, Russian citizens are killed by accidental falls, either out of windows or down staircases. I do not want to tell Vladimir Putin how to run his country, but really: He should set up some version of OSHA to make windows and stairs safer for Russian VIPs.”

“Russia is such an perilous place that it’s worth considering what might happen if Putin himself were to slip and fall out of a window.”

“Russian President Vladimir Putin still intends to attend the G-20 summit in Bali but will give his final decision closer to the event due to security concerns, said the country’s ambassador to Indonesia,” Bloomberg reports.

“In a desperate bid to avoid being called up to fight in Ukraine, more than 20 Russians sailed in yachts from North Pacific ports to South Korea, but most have been refused entry,” The Independent reports.

Jonathan Chait: “The November elections will likely give Republicans control of the House of Representatives as a platform from which to oppose the Democratic-controlled White House. And one thing Republicans will do with this power, in all probability, will be to try to provoke a crisis in order to extort Democrats into accepting spending cuts to Medicare, Medicaid, and Social Security.”

“Bloomberg’s Jack Fitzpatrick interviewed several Republican contenders to lead the House Budget Committee. They all said, with varying levels of specificity, that they plan to instigate a debt-ceiling standoff to force Biden to accept cuts to retirement and health-care programs.”

“The House Jan. 6 select committee’s next public hearing will reveal new material about former President Donald Trump’s plans and how much he knew about the Capitol riot,“ CNBC reports.

The hearing will be held on Thursday at 1 p.m. ET.

“The probably final public hearing of the House committee investigating the Jan. 6, 2021, attack on the U.S. Capitol is expected to highlight newly obtained Secret Service records showing how President Donald Trump was repeatedly alerted to brewing violence that day, and he still sought to stoke the conflict,” the Washington Post reports.

“The committee plans to share in Thursday’s hearing new video footage and internal Secret Service emails that appear to corroborate parts of the most startling inside accounts of that day.”

“The U.S.’s third largest railroad union rejected a deal with employers Monday, renewing the possibility of a strike that could cripple the economy,” the AP reports. “Both sides will return to the bargaining table before that happens.”

“The far-right Alternative for Germany party was celebrating a comeback on Monday after almost doubling its vote in a regional election,” the National News reports.

“The campaign took place against the backdrop of a mounting energy crisis, as Europe’s biggest economy faces high prices and the threat of power cuts this winter.”

“The latest North Korean weapons claim seemed like something out of a James Bond movie: nuclear missile silos hidden underwater,” the Wall Street Journal reports.  “Weapons experts doubt the Kim Jong Un regime has serious plans for such a stealthy missile-launch system. But they see a strategic purpose for Pyongyang in trying to suggest that any of the country’s reservoirs, lakes and surrounding seas could be a potential threat.”

“The French government on Tuesday sought to control a widening crisis that has left a third of all gas pumps in the country without fuel, as workers at the oil giants Total Energies and Exxon Mobil prolonged a raucous weekslong blockade of French oil refineries to demand that wages keep up with surging inflation,” the New York Times reports.

A new Monmouth poll finds that just 21% of the American public says the Covid pandemic is over, while another 26% say it is not over yet but will end eventually. However, 50% of the country feels the pandemic will never be over and we will just have to live with it.

Said pollster Patrick Murray: “On the face of it, few Americans would declare the pandemic over, but that may just be a matter of semantics. If you listen to what the president said, he was referring to the idea that we no longer need to let Covid infringe on our daily routine. On that measure, most Americans agree with him.”

Washington Post: “It is difficult to discern what Cawthorn has been doing for his constituents back in North Carolina’s 11th district, which cuts across the state’s mountainous western region. A caller to two of his four district offices hears a recording that the offices are ‘no longer regularly staffed’ and that voice mail is not ‘regularly’ monitored.”

Says a recording: “Due to our office beginning to close for the term, we are no longer accepting new case work.”

“Cawthorn was the only member of the state’s congressional delegation who did not sign a Sept. 30 letter asking President Biden to declare an emergency in North Carolina in the aftermath of Hurricane Ian. Nor was the congressman among the speakers late last month when former president Donald Trump held a rally there.”

“The Labor Department on Tuesday unveiled a proposal that would make it more likely for millions of janitors, home-care and construction workers and gig drivers to be classified as employees rather than independent contractors,” the New York Times reports.

“Companies are required to provide certain benefits and protections to employees but not to contractors, such as paying a minimum wage, overtime, a portion of a worker’s Social Security taxes and contributions to unemployment insurance.”

Politico: “The crush of scandals has tarnished Los Angeles government and eroded public trust as the city begins balloting in one of the most expensive mayor’s races in its history, prompting angry protesters to pack a council meeting Tuesday and clamor for resignations.”

Wall Street Journal: “More than 2,600 officials at agencies from the Commerce Department to the Treasury Department, during both Republican and Democratic administrations, disclosed stock investments in companies while those same companies were lobbying their agencies for favorable policies. That amounts to more than one in five senior federal employees across 50 federal agencies reviewed by the Journal.”

“A top official at the Environmental Protection Agency reported purchases of oil and gas stocks. The Food and Drug Administration improperly let an official own dozens of food and drug stocks on its no-buy list. A Defense Department official bought stock in a defense company five times before it won new business from the Pentagon.”

Michelle Goldberg: “I’ve sometimes described being on Twitter as like staying too late at a bad party full of people who hate you. I now think this was too generous to Twitter. I mean, even the worst parties end.”

“Twitter is more like an existentialist parable of a party, with disembodied souls trying and failing to be properly seen, forever. It’s not surprising that the platform’s most prolific users often refer to it as ‘this hellsite.’”

“So I have mixed feelings about what might be the impending takeover of Twitter by Elon Musk, the richest man in the world, whose neural network seems perpetually plugged into the platform.”

“Sen. Ted Cruz’s media empire is catching up to his political career, as he turns a weekly podcast begun at the start of Donald Trump’s first impeachment trial into a thrice-weekly operation bankrolled by iHeartMedia,” the Dallas Morning News reports.