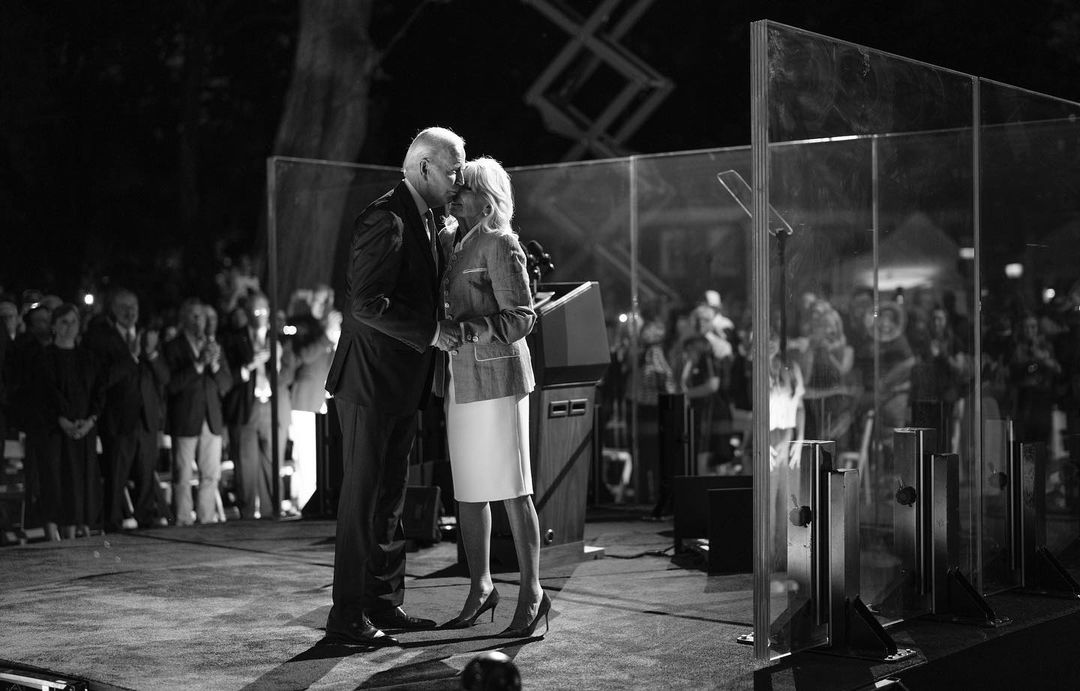 Politico: “With 30 days to go until Election Day, polling averages suggest Democrats and Republicans are each poised to win 50 Senate seats. Each party currently has the lead in just one seat currently held by the opposition: The Republican is slightly ahead in Nevada, while the Democrat has the lead in Pennsylvania.”

“And the polling averages in Politico’s four Toss Up races remain tight — including in Georgia, where there’s only been a single, one-day survey conducted since the allegations that GOP nominee Herschel Walker (R) paid for his then-girlfriend’s abortion in 2009.”

The New York Times says control of the Senate will likely come down to Georgia, Nevada and Pennsylvania.

Nate Silver: Nevada could be Senate Republicans’ ace in the hole.

“Democrats are increasingly fearful that they are squandering a chance to flip a Senate seat in Ohio — a state that once seemed off the map but, according to polls, remains close four weeks from Election Day,” NBC News reports.

“Although the Republican, Hillbilly Elegy author J.D. Vance, has struggled to raise money, national groups have propped up his campaign by pouring in more than $30 million worth of advertising.”

“The lopsided funding has unnerved Democrats in Ohio and across the country, according to interviews with a dozen party leaders and operatives. Many worry that Democrats will regret not doing more to try to pull Ryan ahead of Vance, a right-wing ally of former President Donald Trump.”

Sen. Bernie Sanders warned Democrats in The Guardian that they should not only focus on abortion rights ahead of the midterm elections in November.

Said Sanders: “It would be political malpractice for Democrats to ignore the state of the economy and allow Republican lies and distortions to go unanswered.”

“But inside Nevada’s crowded union halls, across its sun-scorched desert towns and on the buzzing Las Vegas strip, there are signs that outrage over the Supreme Court’s decision to dismantle abortion rights may not be enough to overcome intensifying economic concerns.”

“That’s leaving Cortez Masto as the Senate’s most vulnerable Democrat in the final month of a volatile midterm election year. Her predicament is the starkest example of the challenge facing Democrats nationwide as they try to capitalize on anger over the abortion ruling while Republicans focus on crime and stubborn inflation. If Cortez Masto can’t turn things around, the GOP would be well on its way to netting the one seat they need to retake the Senate and blunt the final two years of President Joe Biden’s term.”

PENNSYLVANIA GOVERNOR. “Four years after the massacre at a Pittsburgh synagogue, believed to be the deadliest antisemitic attack in American history, Doug Mastriano, the Republican nominee for governor of Pennsylvania, has rattled a diverse swath of the state’s Jewish community, alarming liberal Jews with his remarks and far-right associations, and giving pause to more conservative ones,” the New York Times reports.

“Some of those voters have recoiled from Mr. Mastriano’s opposition to abortion rights under any circumstance, or from his strident election denialism. But the race between Mr. Mastriano, a state senator, and his Democratic opponent, Attorney General Josh Shapiro — a Jewish day school alum who features challah in his advertising and routinely borrows from Pirkei Avot, a collection of Jewish ethics — has also centered to an extraordinary degree on Mr. Shapiro’s religion.”

Said Trump: “The Old Broken Crow, Mitchell McConnell, is authorizing $9 Million Dollars to be spent in order to beat a great Republican, Kelly Tshibaka, instead of $9 Million Dollars that could be used for Blake Masters, and other Republicans, that with this money would beat their Democrat opponent.”

GEORGIA U.S. SENATOR. First Read: “Maybe it works. Maybe Walker defeats incumbent Sen. Raphael Warnock, D-Ga., in a state that’s had its recent share of close elections. And maybe political jersey color matters more than anything else — more than qualifications, more than damaging allegations and more than fitness for the job.”

“Yet the consequences would be enormous.”

New York Times: “The Senate race in Georgia has become an explicit matchup of two increasingly divergent versions of American Christianity. Walker reflects the way conservative Christianity continues to be defined by its fusion with right-wing politics and tolerance for candidates who, whatever their personal failings or flaws, advance its power and cause.”

“Mr. Walker has wielded his Christianity as an ultimate defense, at once denying the abortion allegations are true while also pointing to the mercy and forgiveness in Jesus as a divine backstop.”

PENNSYLVANIA U.S. SENATOR. New York Magazine: “In the final weeks, Fetterman is banking on the hope that voters will see in his vulnerability a new way to appreciate his strength. In our conversation, he was lucid and animated, eloquent about the stakes of the race and incensed about the nasty tenor of Oz’s campaign. There were also moments in which his syntax got snarled or he had trouble getting a word out.”

Said Fetterman: “I really can’t hide it even if I wanted to.”

ARIZONA GOVERNOR. Elaine Godfrey: “The way Lake has imitated Trump’s rhetoric is obvious, but as I’ve followed her in the months since, something else has become clear: She is much better at this than Trump’s other emulators. That makes sense, given her first career in front of the camera, cultivating trust among thousands of Maricopa County viewers. But this is more than imitation: Lake has made MAGA her own.”

Key takeaway: “Lake is an elegant, polished speaker. Unlike Trump, she doesn’t ruminate on flushing toilets or offer random asides about stabbings and rapes. She presents a calm self-assurance that can make even the wackiest conspiracy theories seem plausible.”

Gov. Stitt on Friday publicized a late September WPA Intelligence internal giving him a 48-33 edge over Democrat Joy Hofmeister, which came after two earlier polls showed the governor ahead by just 1 and 3 points, respectively.

CALIFORNIA GOVERNOR. “Gov. Gavin Newsom is launching his first TV ads of the election cycle in California — and he isn’t asking voters to support his campaign,” Politico reports.

“Instead, the California Democrat is spending $2.5 million over the next two weeks to implore Californians to back Proposition 1, a measure on the fall ballot that would enshrine the right to abortion and contraceptives in the state constitution.”

Knight last funded Johnson back in early September, though that $2 million donation only became public knowledge in recent days. However, OPB relays that, over the last week, rumors have swirled that Oregon’s wealthiest man was “unimpressed by Betsy Johnson’s stagnant poll numbers in the race for governor” and thinking about supporting Drazan instead. Indeed, recent surveys have given Drazan a small edge over Democrat Tina Kotek, with Johnson mired in third.

Knight’s largess has already helped Drazan obtain the largest war chest in the race in a state where there are no campaign contribution limits. While the Republican trailed both her opponents in cash-on-hand just days ago, Drazan finished Thursday with a $3.5 million to $2.3 million advantage over Kotek, while Johnson was in third with $1.8 million.

We won’t need to wait long to see if other wealthy Johnson donors follow Knight into Drazan’s camp because, while candidates in most states only need to disclose their donations and spending a few times a year at the end of a defined period, the Beaver State has very different rules. Starting on Sept. 27, candidates were required to report new contributions and disbursements within seven days instead of the 30-day window that exists for most of the campaign cycle.

RHODE ISLAND GOVERNOR. Fleming & Associates, polling on behalf of WPRI and Roger Williams University, shows Democratic Gov. Dan McKee fending off Republican Ashley Kalus 45-32 in the first survey anyone’s released since the mid-September primary. The school also surveyed the race for the 2nd Congressional District but sampled just 254 respondents, which is below the 300-person minimum we require for inclusion in the Digest.

NEW HAMPSHIRE U.S. SENATOR and ARIZONA U.S. SENATOR. AdImpact reported Friday that the NRSC had canceled the entire $2.6 million reservation it made in the Boston media market, which covers most of New Hampshire, and the committee soon confirmed it would redeploy the money to Arizona, Georgia, Nevada, and Pennsylvania. (AdImpact​ later added that the NRSC also cut $400,000​ in other New England markets.) The news broke just hours after Politico reported that the NRSC had made a new “seven-figure” investment in Arizona, which includes TV ads and mailers; in mid-August, the committee slashed $3.5 million from its planned reservation there amidst a cash crunch.

While NBC had reported just a week earlier that the NRSC had booked an additional $1.1 million in the Granite State, committee spokesperson Chris Hartline claimed the change in course came about because of “Republican outside forces showing up in a big way in New Hampshire, with millions in spending pledged to take down Maggie Hassan in the final stretch.”

Indeed, the organization’s far better-funded allies at Senate Leadership Fund have spent or reserved a total of $23 million to help Republican Don Bolduc, with a Hassan spokesperson saying the super PAC still has $14 million in bookings left between now and Election Day.

Hassan’s campaign has also warned that the NRSC could spend some of this money to finance a type of joint commercial with Bolduc known as a hybrid ad. This sort of arrangement, though, would require it to split the cost with Bolduc, who raised an unimpressive $1 million in the third quarter of 2022, a period that also included New Hampshire’s primary.