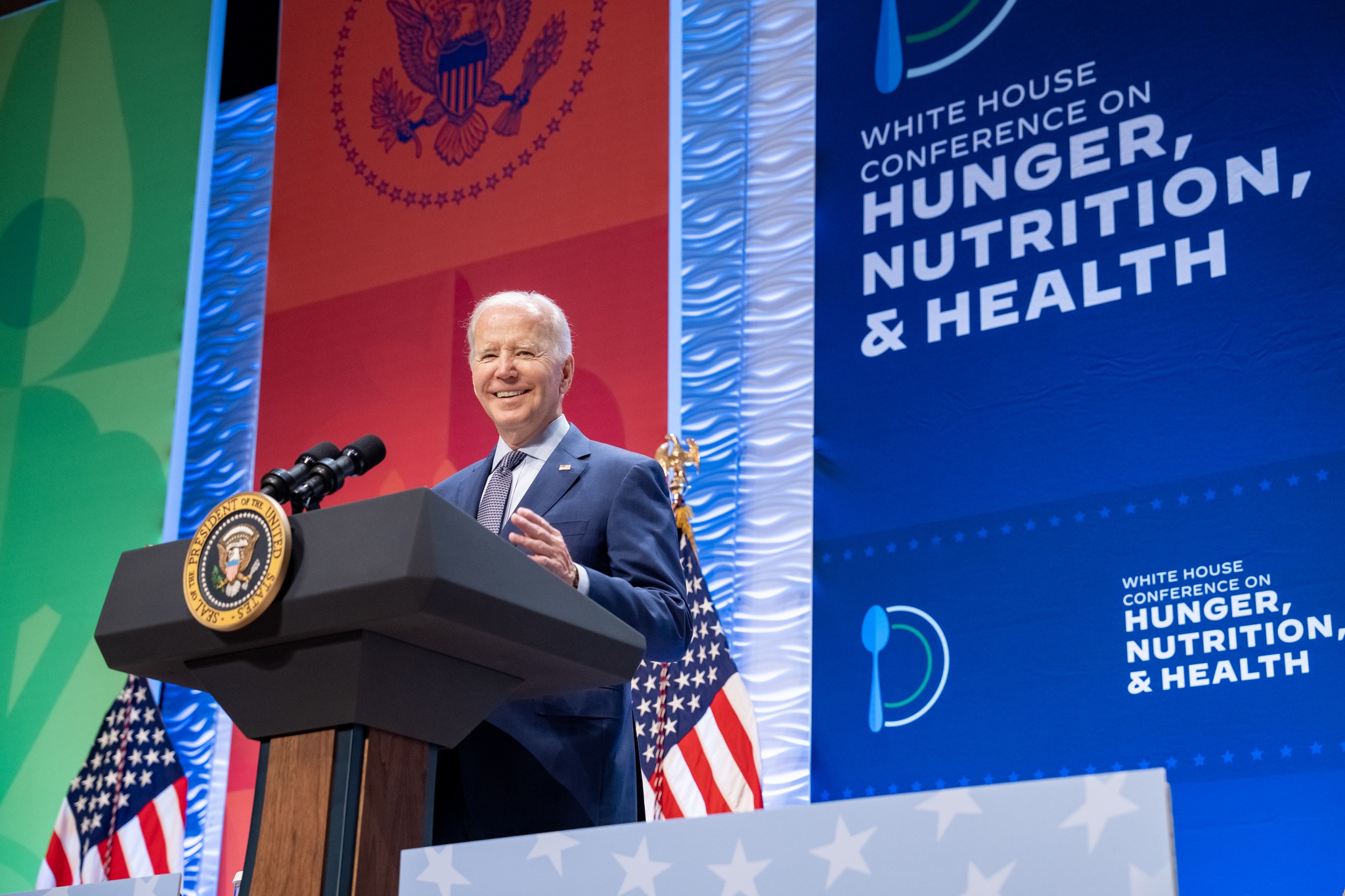 We’re just now getting the first post-storm reports from Southwest Florida, where Category 4 Hurricane Ian swept ashore. In a sobering but unconfirmed early report, the Lee County sheriff said on national TV that while he doesn’t have confirmed numbers, “fatalities are in the hundreds” and thousands of people are awaiting rescue.

Sanibel is cut off from the mainland after a section of the causeway was wiped out.

About 2.5 million Floridians are currently without power.

Here are some of the fever dream moments in New York Times reporter Maggie Haberman’s upcoming book about Trump (per outlets that have received the book in advance, including CNN, the Washington Post, the Daily Beast, and Rolling Stone):

He told then-New Jersey Gov. Chris Christie (R) in 2016 that he didn’t want to disavow white supremacist supporters (i.e. David Duke) too quickly because he was worried about losing their support. “A lot of these people vote,” Trump said.

Rep. Debbie Dingell (D-MI) suspected in 2019 that Trump had called her while pretending to be a Washington Post reporter. The call came soon after Trump had publicly attacked Dingell’s recently deceased husband, and the purported journalist–whose voice sounded like Trump’s–asked the congresswoman if she wanted an apology from the then-president.

He proposed bombing drug labs in Mexico as a way to crack down on drug smuggling at the border. He proposed it several times, in fact.

He declared in 2019 that he would “just sue” Congress if it impeached him over his Ukraine aid pressure campaign.

He almost fired his own daughter, Ivanka Trump, and her husband, Jared Kushner, as White House advisers via Twitter at one point. ​​Then-White House chief of staff John Kelly convinced Trump to hold off on canning his own family over social media, and he urged the then-president to speak to Ivanka and Kushner directly (he never did).

Donald Trump openly mocked Jared Kushner in front of aides during a 2020 election campaign strategy meeting, according to Maggie Haberman’s upcoming book, the HuffPost reports. Trump was talking about a camping trip his daughter was hoping to take in an RV when he said of Kushner, who was in the room: “This skinny guy wants to do it. Can you imagine Jared and his skinny ass camping? It’d be like something out of ‘Deliverance.’” Trump then mimicked “the banjo theme song from the 1972 movie about four men vacationing in rural Georgia who are attacked, pursued and in one case brutally raped by a local resident.”

Rolling Stone: “It was January of 2017, and a newly inaugurated President Donald Trump held a reception at the White House to meet with top congressional leaders. Hors d’oeuvres were on the menu. And the new president turned to a row of racially diverse Democratic staffers and asked them to retrieve the canapes, according to a new book.”

“‘Why don’t you get’ the food, Trump told staffers for Sen. Chuck Schumer, Rep. Nancy Pelosi and others, according to New York Times reporter Maggie Haberman’s new book, Confidence Man.”

Former Rep. Denver Riggleman (R-VA) writes in his new book, The Breach, that Reps. Louis Gohmert (R-TX) and Paul Gosar (R-AZ) adopted such extreme, conspiracy-tinged positions, even before the US Capitol attack, that he thought they “may have had serious cognitive issues,” The Guardian reports. Riggleman also called Gosar “a blatant white supremacist.”

Donald Trump may be able to avoid the lawsuit filed against him by New York columnist E. Jean Carroll because he qualified as a government employee at the time he allegedly defamed her, Bloomberg reports.

The ex-president, facing a class-action lawsuit accusing him and the Trump Organization (and his adult children) of a fraudulent marketing scheme, insisted on doing his Friday deposition at Mar-a-Lago, and oh no, look at that, there’s a major hurricane keeping the plaintiffs’ lawyers from flying down to hold the deposition! Now the deposition deadline is Oct. 31! Darn!

After gleefully dismantling Roe, Supreme Court Justice Samuel Alito on Tuesday harrumphed at fellow Justice Elena Kagan’s warning that the high court is at risk of losing its legitimacy when justices make their decisions based on their personal beliefs.

“Saying or implying that the court is becoming an illegitimate institution or questioning our integrity crosses an important line,” Alito complained to the Wall Street Journal.

Also, Alito, a devout Catholic, held a Q&A at ​​the Catholic University of America on Tuesday in which the justice said his faith made him aware of how SCOTUS’ decisions have a “real impact on the world.”

A new Gallup poll finds 47% of U.S. adults say they have “a great deal” or “a fair amount” of trust in the Supreme Court.

This represents a 20-percentage-point drop from two years ago, including seven points since last year, and is now the lowest in Gallup’s trend by six points.

Washington Post: Supreme Court, dogged by questions of legitimacy, is ready to resume.

Thompson also said that the committee hasn’t figured out a new date for its next hearing, which got postponed due to Hurricane Ian. He did say he doubted it’ll happen next week, though.

Thomas’ lawyer announced that his client had agreed to a voluntary interview last week, several months after the attorney told the committee that it needed a “better justification” to get Thomas’ testimony.

Bloomberg: “The frustrations Iranians are reacting to go beyond state-backed violence, political repression, and social strictures. The country has been isolated from the global economy for as long as many of the protesters have been alive, with occasional flickers of hope that some kind of rapprochement could be at hand.”

“The resulting economic malaise is taking a toll. Inflation surpassed 52% in June, and more than a quarter of those age 15 to 24 are out of work. That’s produced a volatile backdrop for potential unrest.”

“Virtually all polls agree that leftist former President Luiz Inácio Lula da Silva is likely to win Brazil’s elections on Sunday, which would turn most of Latin America into a leftist-ruled region,” the Miami Herald reports.

“GOP leaders, congressional aides and business groups are preparing for a potential ‘nightmare scenario’ next year if House Republicans take back the majority: a debt limit showdown reminiscent of the near-crisis in 2011,” Axios reports.

“There are serious question marks — and underlying anxiety — surrounding what type of leader Rep. Kevin McCarthy (R-Calif.) will be if elected as House speaker. How he handles a debt limit showdown will be a crucial test of his leadership abilities for which key stakeholders are already privately planning.”

“President Biden warned on Tuesday that Republicans posed a threat to Social Security and Medicare, amplifying an effort by Democrats to make the fate of America’s social safety net programs a central campaign issue ahead of November’s midterm elections,” the New York Times reports.  “The comments were part of a push by Democrats across the country to steer the political conversation away from soaring prices and growing recession fears and remind anxious voters that some Republicans have been calling for restructuring or scaling back entitlement programs that retirees have relied on for decades.”

“President Joe Biden plans to retain Janet Yellen as Treasury secretary no matter how the midterm elections turn out for Democrats,” Politico reports.

“President Joe Biden on Wednesday will hold his second closed-door meeting with his senior economic team in less than a week, marking a notable increase in tempo as global markets are rattled by a mix of soaring inflation, Europe’s energy crisis and China’s downturn,” CNN reports.

“Since Russia first launched its invasion of Ukraine, Moscow has been peeling military forces away from its bases in Northern Europe to plug gaps in its forces suffering high losses and battlefield setbacks against Ukrainian troops,” Foreign Affairs reports.

“It’s unclear whether the ships had anything to do with those explosions, these sources and others said – but it’s one of the many factors that investigators will be looking into.”

“The U.S. will provide an additional $1.1 billion in aid to Ukraine, with funding for about 18 more advanced rocket systems and other weapons to counter drones that Russia has been using against Ukrainian troops,” the AP reports.

“Former President Donald Trump’s request that a judge intervene in the criminal investigation into his hoarding of government documents by appointing a special master increasingly looks like a significant blunder,” the New York Times reports.

Said legal scholar Peter Shane: “Maybe from Trump’s point of view, creating delay and chaos is always a plus, but this has the feel of a giant backfire.”

“Former senior Donald Trump adviser Corey Lewandowski has cut a deal with Las Vegas prosecutors after he was charged with misdemeanor battery, stemming from allegations of unwanted sexual advances toward a woman during a charity dinner in Sept. 2021,” Politico reports.

“The charge was filed earlier this month… The records show that Lewandowski agreed to a deal that will see him undergo eight hours of impulse control counseling, serve 50 hours of community service and stay out of trouble for a year. He also paid a $1,000 fine.”

“Vice President Harris toured the demilitarized zone between North and South Korea on Thursday, becoming the most senior Biden administration official to inspect the demarcation line during a four-day trip to Asia that has been dominated by Indo-Pacific security concerns,” the Washington Post reports.

“As Harris stood just a few feet from the North Korean side of the border in the Joint Security Area, North Koreans working in a building on the other side peeked out from behind a curtain. Three years ago at the same spot, President Donald Trump became the first sitting American commander in chief to set foot in North Korea when he walked shoulder to shoulder with Kim Jong Un as the two leaders agreed to restart denuclearization negotiations.”

“German businesses are growing concerned that without an energy price cap, a wave of insolvencies could wash over the country in coming weeks and disrupt the supply chains serving Germany’s largest industrial sectors,” the Wall Street Journal reports.

“Starved of the abundant Russian energy that long fired the nation’s industrial engine, German businesses have already been curtailing production and halting investments. Business and consumer confidence is tumbling, approaching the lows reached during the 2008 global financial crisis. Germany’s government is now drawing up plans to cap the price of electricity and gas, officials said this week, acting in case a similar proposal by the European Union isn’t enacted swiftly.”

Associated Press: “The [Covid] aid was promoted by Democrats in Congress as an unprecedented infusion for cash-strapped governments to respond to the virus, rebuild their economies and shore up their finances. But it came as state tax revenues already were rebounding, leaving many states with record surpluses and enviable decisions about what to do with all the money.”

“Relatively little of the federal aid has gone toward traditional public health purposes… Significantly more has gone toward public infrastructure. States are pouring money into water, sewer and high-speed internet projects, as specifically envisioned by the law. But the AP found that they’re also spending billions of dollars on roads, bridges, sidewalks, airports, rail lines and buildings at college campuses and government agencies — justifying all of it under the federal government’s generous flexibility.”

Rep. Andy Levin’s (D-MI) staff “have voted to form what will be the first union representing a personal congressional office in the history of Congress,” the Detroit News reports.  “The next step for the Levin staffers will be the bargaining table to negotiate a contract, though Levin is only expected to be in office for about three more months after losing the Democratic primary.”