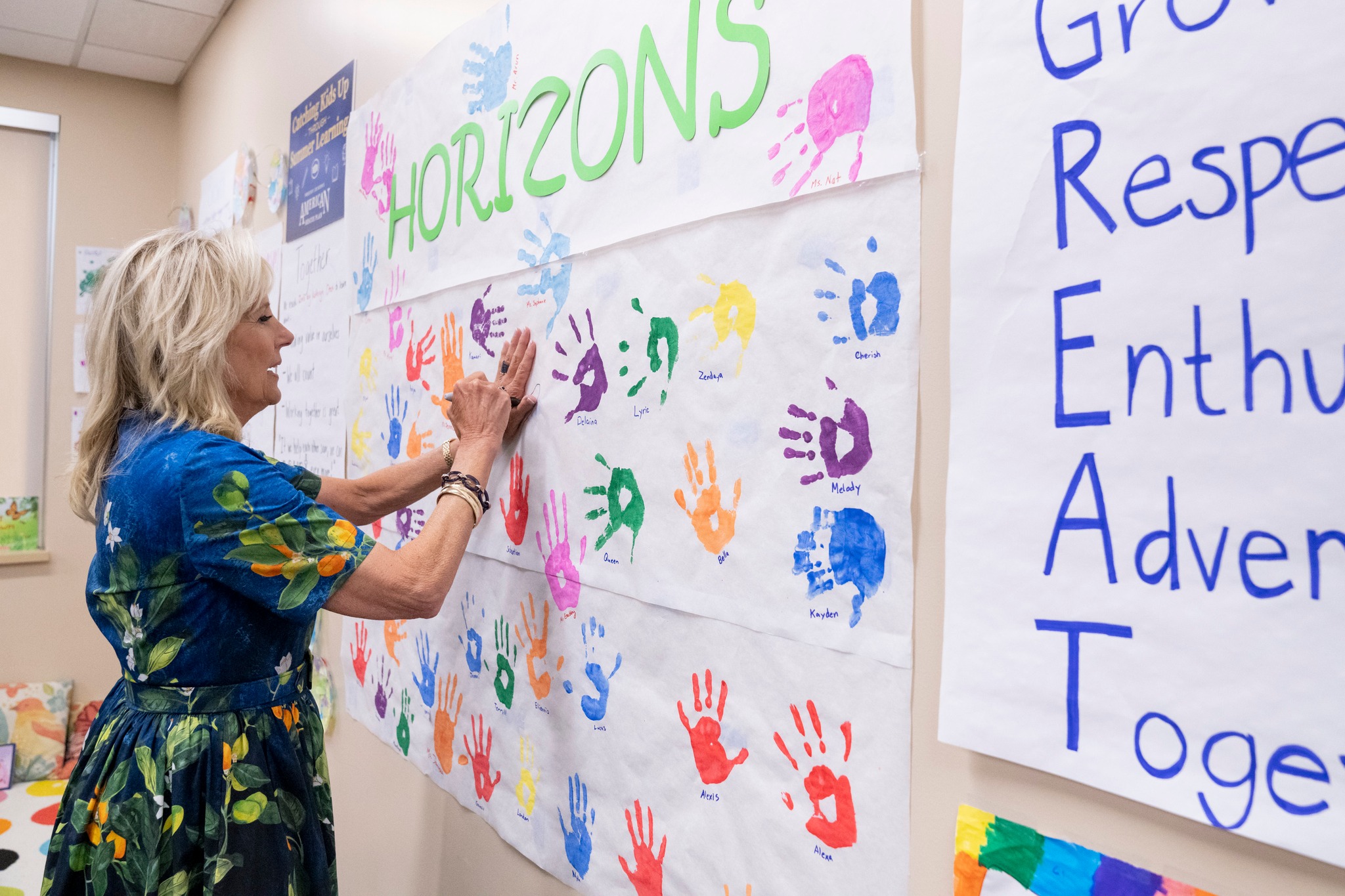 However, the poll also shows President Biden with a paltry 36% approval rating.

Nate Cohn: “They saw their poll numbers rise as gas prices fell, as the Supreme Court refocused voters on abortion, and as the Jan. 6 hearings and the investigation into Donald J. Trump’s handling of classified documents turned the media’s attention toward an unpopular former president — rather than the current one.”

“But with six weeks until this November’s midterm elections, there are a few signs that the political winds may have begun to blow in a different direction — one that might help Republicans over the final stretch. The political spotlight may be drifting back toward issues where Republicans have an advantage, like the economy and immigration.”

FiveThirtyEight: Eleven candidates endorsed by at least one of those progressive organizations or people went into the 2022 election cycle hoping to topple an incumbent. Only one of them won: Schrader’s opponent, attorney Jamie McLeod-Skinner. By contrast, in 2020, progressives won three out of 17 such battles.”

PENNSYLVANIA U.S. SENATOR. John Fetterman is airing another commercial pushing back on Republican Mehmet Oz and his allies’ ads hitting the Democrat’s work as head of the state Board of Pardons, which has been the GOP’s favorite line of attack in the general election.

“Here’s the truth: John gave a second chance to those who deserved it―nonviolent offenders, marijuana users,” Montgomery County Sheriff Sean Kilkenny tells the audience, continuing, “He voted with law enforcement experts nearly 90% of the time. He reunited families and protected our freedom―and he saved taxpayer money.” Kilkenny adds, “Dr. Oz doesn’t know a thing about crime. He only knows how to help himself.”

The GOP, though, is trying to push a very different line. Some of the party’s favorite targets have been Lee and Dennis Horton, brothers who spent 27 years in prison after being convicted of second degree murder. The two in 1993 gave a ride to a friend named Robert Leaf who had just killed someone in a robbery, though they have always maintained that they didn’t know Leaf had just committed murder. Gov. Tom Wolf last year commuted the Hortons’ life sentences after Fetterman and prison officials championed their case, and the two went on to take jobs on Fetterman’s Senate campaign.

Oz’s campaign, though, has been happy to try to turn them into a liability for their boss, saying, “If John Fetterman cared about Pennsylvania’s crime problem, he’d prove it by firing the convicted murderers he employs on his campaign.” Fetterman, for his part, told the New York Times that if Republicans “destroy” his political career for advocating for people like the Hortons, “then so be it.”

NORTH CAROLINA U.S. SENATOR. Both Democrat Cheri Beasley and her allies at Senate Majority PAC are airing new commercials charging that when Republican Ted Budd’s farm company, AgriBioTech, went bankrupt in 2000, it chose to repay itself rather than pay back the small farmers and creditors it owed millions to. “The Budds took $10 million and left over 1,000 farmers holding the bag,” Beasley’s narrator argues, while SMP declares, “One grower said, ‘we were the little guy,’ ‘we got screwed.'”

The story was first reported last year by the Washington Post’s Michael Kranish, who wrote that “a trustee for farmers and other creditors alleged that his [Budd’s] father, Richard Budd, improperly transferred millions of dollars in assets to his family, including Ted Budd.” The candidate was not an official at ABT, though the story identifies him as a “significant shareholder.” The trustee, which named him as a defendant in their civil case, also accused Budd of having “acted in concert” with his father “in connection with the fraudulent transfers.”

The matter was ultimately settled in 2005, with Kranish saying that the “Budd entities” agreed to pay “less than half of the amount initially earmarked for the farmers and other creditors” without admitting to any wrongdoing. The settlement left some bad feelings, though, with one Wyoming farmer telling the Post, “We got screwed and there was not a freaking thing we could do about it. There was no way to fight multimillionaires.”

Richard Budd, who became chief executive of ABT after it bought his family’s seed company, defended the candidate to Kranish, arguing, “Your attempts to tie my son to this business are dishonest and offensive. I wish my personal efforts to save ABT had been successful, but they were not.” Ted Budd’s campaign also denied any wrongdoing, saying the trustee’s claims were “untrue allegations that are typical in that sort of litigation.”

Budd and his allies at the Senate Leadership Fund, meanwhile, are each running commercials arguing that Beasley wants 87,000 more IRS agents, which continues to be a popular line of attack in GOP ads across the country. As we’ve written before, the agency reportedly will use the funds provided by the Inflation Reduction Act to replace many of the nearly 50,000 of its employees who could retire over the next five years. Many of the thousands of newly created IRS jobs beyond those positions would be in customer service and information technology.

And while the SLF has run ad after ad accusing Democrats of hating the police, its own commercial features menacing footage of what NBC says is “police raids and special agents at a gun range.” Those videos accompany the narrator’s prediction that “Beasley’s gonna knock on your door with an army of new IRS agents” and that she “backs the liberal scheme to spend billions auditing the middle class, sending the IRS beast to collect her taxes on working families.”

However, even Trump-appointed IRS Director Charles Rettig has stated that the agency would not crack down on those making less than $400,000, explaining that the beefed up enforcement of tax evasion would only target corporations and the richest 1-2% of households.

Rep. Liz Cheney’s (R-WY) comment that she will not be a Republican if Donald Trump wins the party’s 2024 presidential nomination is sparking chatter that she might mount an independent White House run, The Hill reports.

PENNSYLVANIA GOVERNOR. Pennsylvania state senator and future gubernatorial nominee Doug Mastriano (R) declared during a local radio interview in 2019 that under his proposed “fetal heartbeat” abortion ban, a woman who had an abortion would be charged with murder even if she was only 10 weeks pregnant.

Mastriano’s bill would have banned abortions after about six weeks of gestation; before many people know they’re pregnant.

Present-day Mastriano is a lot shyer about sharing his anti-abortion stance under the scrutiny of the whole state: The Christian nationalist claimed during a recent interview with MAGA outlet Real America’s Voice that his views on abortion were “irrelevant” and that the real “radical” on the issue was his Democratic rival, Josh Shapiro.

Campaign finance reports covering the period of June 7 to Sept. 19 are out, and they show that Democrat Josh Shapiro’s $25.4 million haul utterly dwarfed the $3.2 million that Republican Doug Mastriano took in. Shapiro goes into the final weeks with a $10.9 million to $2.6 million cash-on-hand edge over Mastriano, who still has not so much as reserved any TV time and who recently lamented he’s “[r]eally not finding a lot of support from the national-level Republican organizations.”

P.S. Politico’s Holly Otterbein flags that Mastriano received a $500 donation from Andrew Torba, the founder of the white supremist social network Gab. That’s still far less than the $5,000 that Mastriano paid Gab in April for “campaign consulting,” though.

MONTANA 1ST CD. Democrat Monica Tranel has publicized an internal from Impact Research that shows her trailing Republican Ryan Zinke only 45-43 in this newly-created seat in the western part of the state. This is the first poll we’ve seen from this 52-45 Trump constituency.

“Voters throughout her district told The Denver Post they appreciate that Boebert is a loud voice for conservative values. They like and relate to her unpolished and blunt demeanor. She’s standing up for at-risk religious freedoms and gun rights, they say. They shrug off the string of controversies.”

WEST VIRGINIA U.S. SENATOR. West Virginia Gov. Jim Justice (R) “said he may not be done with public office when his second term as governor concludes in 2024, and that a seat in the U.S. Senate just might pique his interest,” the  Parkersburg News and Sentinel reports.  ” The next time one of West Virginia’s two Senate seats is up is 2024, when the seat of current Sen. Joe Manchin (D-WV) is up for grabs. That coincides with Justice’s term as governor coming to an end.”

MAINE GOVERNOR. As he makes a comeback bid, former Maine Gov. Paul LePage (R) is pushing “to phase out Maine’s income tax. He argues that the change is needed to keep wealthy residents from moving to Florida for just long enough each year to take advantage of the Sunshine State’s tax breaks,” the New York Times reports.

But LePage, who has owned property in Florida for years, has “benefited from that state’s tax laws while living in the Maine governor’s mansion, and again as he campaigns to return to the job.”

OHIO 9TH CD. Rep. Marcy Kaptur (D-OH) has a new ad featuring a Republican voter who says he can’t support GOP challenger J.R. Majewski (R) because of his extreme views.  Said the voter: “There’s something wrong with that guy.”

RHODE ISLAND 2ND CD. The Democratic group House Majority PAC has begun what WPRI says is a $280,000 ad campaign against Republican Allan Fung, a move that comes a week after their adversaries at the Congressional Leadership Fund launched a $1 million effort against Democrat Seth Magaziner in this 56-42 Biden seat.

HMP’s commercial uses audio of Fung declaring, “I’m going to support that Republican leadership … they’re focused on these same issues that I’ve been trying to talk about from day one.” The narrator then declares, “Fung opposed Rhode Island’s protections for abortion rights. He said it went ‘too far.'” The spot also shows the same photo of the nominee wearing a Trump wool cap at Trump’s inauguration that Democrats used in their successful ad campaign to sink Fung’s 2018 bid for governor.

“The group says the investment is a bid to counter policies that unfairly disenfranchise people of color, especially Black and Latino voters, after GOP-run state legislatures introduced more than 100 bills to restrict voting access following the 2020 election.”

“He doesn’t. The actions on Wednesday are totally indefensible. We need to rebuild our country and our party from scratch. We have to start over.”

— Rep. Nancy Mace (R-SC), when asked by National Journal last year whether Donald Trump has a future in the Republican party.

“I’m going to support whomever Republicans nominate in ’24.”

— Mace, when asked by NBC News this weekend if she would support Trump as the GOP nominee in 2024.