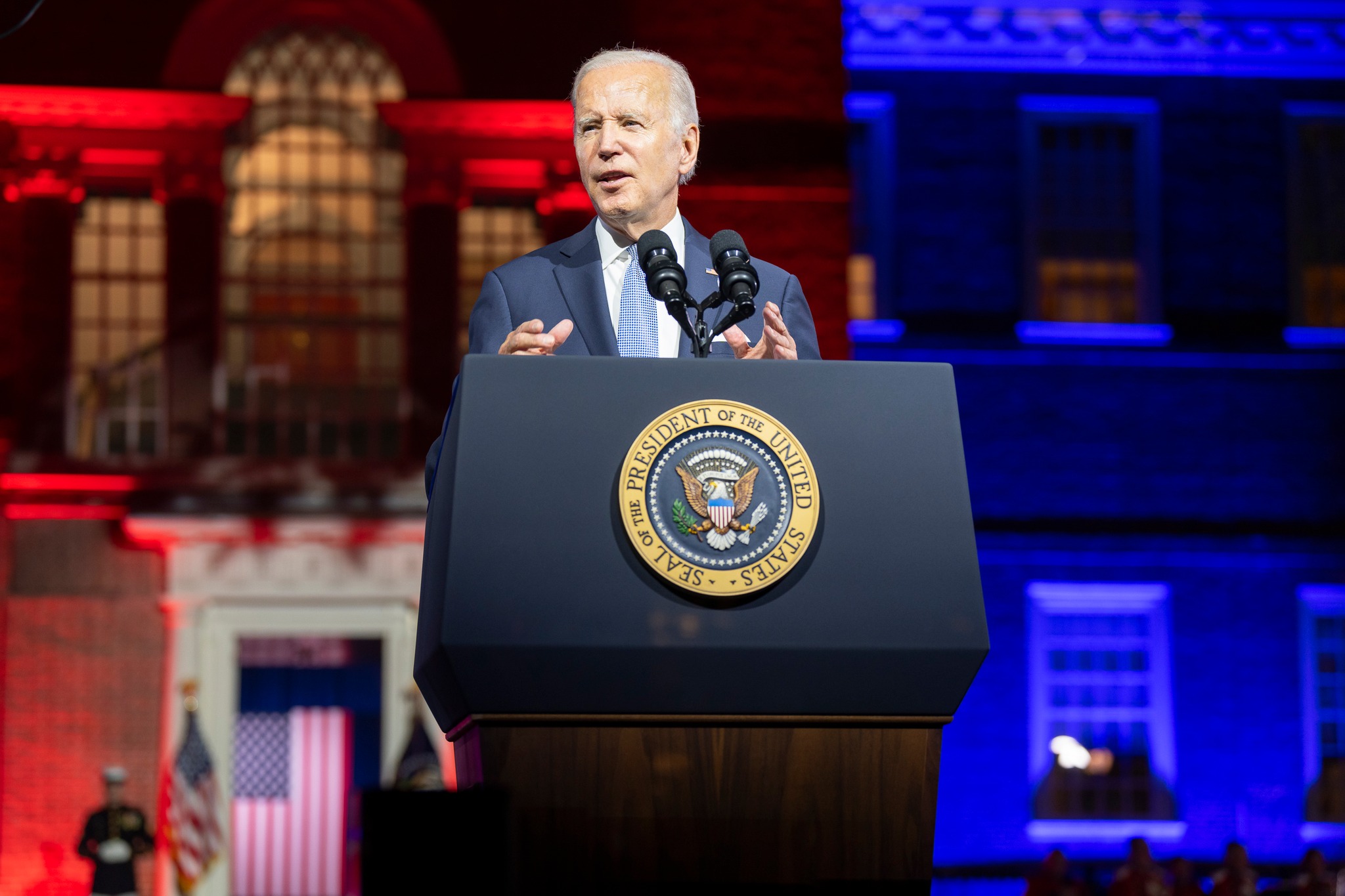 “In-person voting for the midterm elections opened Friday in Minnesota, South Dakota, Virginia and Wyoming, kicking off a six-week sprint to Election Day in a landscape that has changed much since the pandemic drove a shift to mail balloting in the 2020 presidential contest,” the AP reports.

Washington Post: “Republicans are increasingly centering their pitch to voters on crime, casting Democrats as weak and ineffective buffers against violent criminal conduct. As Republicans advance that argument, they are drawing growing accusations from Democrats that they are engaging in a pattern of stoking racial divisions, a charge they reject.”

“At the same time, Democrats worry the attacks could resonate amid the rise in violent crime that has taken place with their party in power at the federal level and in many cities.”

Nate Silver: “Ever since we launched our election model in late June, it has moved entirely in one direction: toward Democrats. Pretty much every week, they’ve either gained ground in our forecast or held steady.”

“This week has been more in the ‘held steady’ category. In the Deluxe version of our model, Democrats’ chances of keeping the Senate are 71 percent, while their chances of holding the House are 31 percent. Neither number has meaningfully changed from a week ago.”

It was looking like a good summer for Republicans until the Supreme Court overturned Roe v. Wade, gas prices fell for 99 straight days, and the Democratic Congress passed much of Biden’s agenda.

“With weeks to go until Election Day, the Republican candidates for governor in three Midwestern battlegrounds—Michigan, Wisconsin, and Minnesota—are floundering in their challenges to Democratic incumbents,” the Daily Beast reports.

“In a midterm year favoring the party out of power, these Great Lakes states were supposed to be especially fertile terrain for Republicans to recapture control. Michigan and Wisconsin are two of the most perennially hard-fought states in the country; Minnesota leans more Democratic, but it has been targeted more energetically by the GOP in recent years.”

“In closely divided Florida, gubernatorial candidates usually tack toward the middle in the general election after courting their party bases in the primary. Not Republican Gov. Ron DeSantis,” the Wall Street Journal reports.

“Last week, he sent two planes of migrants to Martha’s Vineyard, infuriating immigrant-rights groups, triggering lawsuits and garnering praise from some Republicans and conservative media outlets. Mr. DeSantis recently campaigned for conservative GOP candidates in Kansas and Pennsylvania while asserting that Florida has ‘gotten redder.’ His speeches often focus on critical race theory, school policies on gender issues and liberals, who he says are ‘trying to render the conservative half of the country second-class citizens.’”

“A decisive win in November—with support from some independents and other swing voters—could make him a formidable presidential candidate in 2024 should he decide to run. Falling short could weaken the argument made by some supporters that he is the most electable Republican on the national scene.”

Said Dixon: “For someone so worried about being kidnapped, Gretchen Whitmer sure is good at taking business hostage and holding it for ransom.”

PENNSYLVANIA U.S. SENATOR. Pennsylvania U.S. Senate candidate Mehmet Oz (R) went after his opponent, John Fetterman (D), for purchasing his home for $1 from his family, saying “Only in John Fetterman’s world can you go house hunting and get a home for $1.”

It sounded like a good attack on Fetterman’s blue-collar image, though Fetterman has long admitted that his parents supported him well into adulthood.

“Rushing to raise money and close yawning gaps with their Democratic rivals, every Senate Republican nominee in a competitive race is taking precious time from the campaign trail to come to Washington this week and next to gather money before Congress leaves for the fall,” the New York Times reports.

“The Republican Senate hopefuls, many of them first-time candidates, have little choice but to race from lobby shop to steakhouse alongside the party leaders some of them castigated in their primaries but who now serve as lures for access-hungry lobbyists.”

“The reasons are wide-ranging. Republican small-dollar fund-raising has dried up in the face of soaring inflation. Former President Donald Trump’s relentless appeals for his own committees have siphoned cash that would typically go to candidates or party committees. And the party’s novice Senate nominees lack the sort of wealthy donor networks that more experienced candidates have nurtured for years.”

“A month ago, Senate Minority Leader Mitch McConnell (R-KY) said out loud what many Republicans were undoubtedly feeling. Effectively, the message was: We’ve got a shot at a good 2022 midterm election, but some of these Trump candidates could screw it all up for us,” the Washington Post reports.

“At the time, there was evidence of a GOP candidate problem — especially in the lagging poll numbers of some key Senate candidates.”

“Fossil fuel giant Koch Industries has poured over $1m into backing — directly and indirectly — dozens of House and Senate candidates who voted against certifying Joe Biden’s win on 6 January 2021,” The Guardian reports.

“Koch, which is controlled by multibillionaire Charles Koch, boasts a corporate PAC that has donated $607,000 to the campaigns or leadership PACs of 52 election deniers since January 2021, making Koch’s PAC the top corporate funder of members who opposed the election results.”

NEVADA SECRETARY OF STATE. Jim Marchant (R), who is running for Secretary of State in Nevada, has called to end mail voting by falsely claiming the voting method is rife with fraud.

But public voting records reviewed by CNN show he voted by mail multiple times, including while living in one state and voting in another.

Said pollster Spencer Kimball: “There is a significant gender divide in the gubernatorial election. Men break for LePage over Mills by two points, 48% to 46%, whereas women break for Mills by 20 points, 57% to 37%.”

New Hampshire U.S. Senate candidate Don Bolduc’s (R) home was the site of a fracas that turned “aggressive towards the police,” according to an incident report, and required a call for backup in 2018, the Daily Beast reports.

OHIO 3RD CD. Ohio congressional candidate J.R. Majewski (R) told reporters that he did serve in Afghanistan — contrary to reports — but he refused to provide any proof, the Toledo Blade reports.

Said Majewski: “The orders and military records that I have been able to obtain from my personal files shows that all of my deployments are listed as classified.”