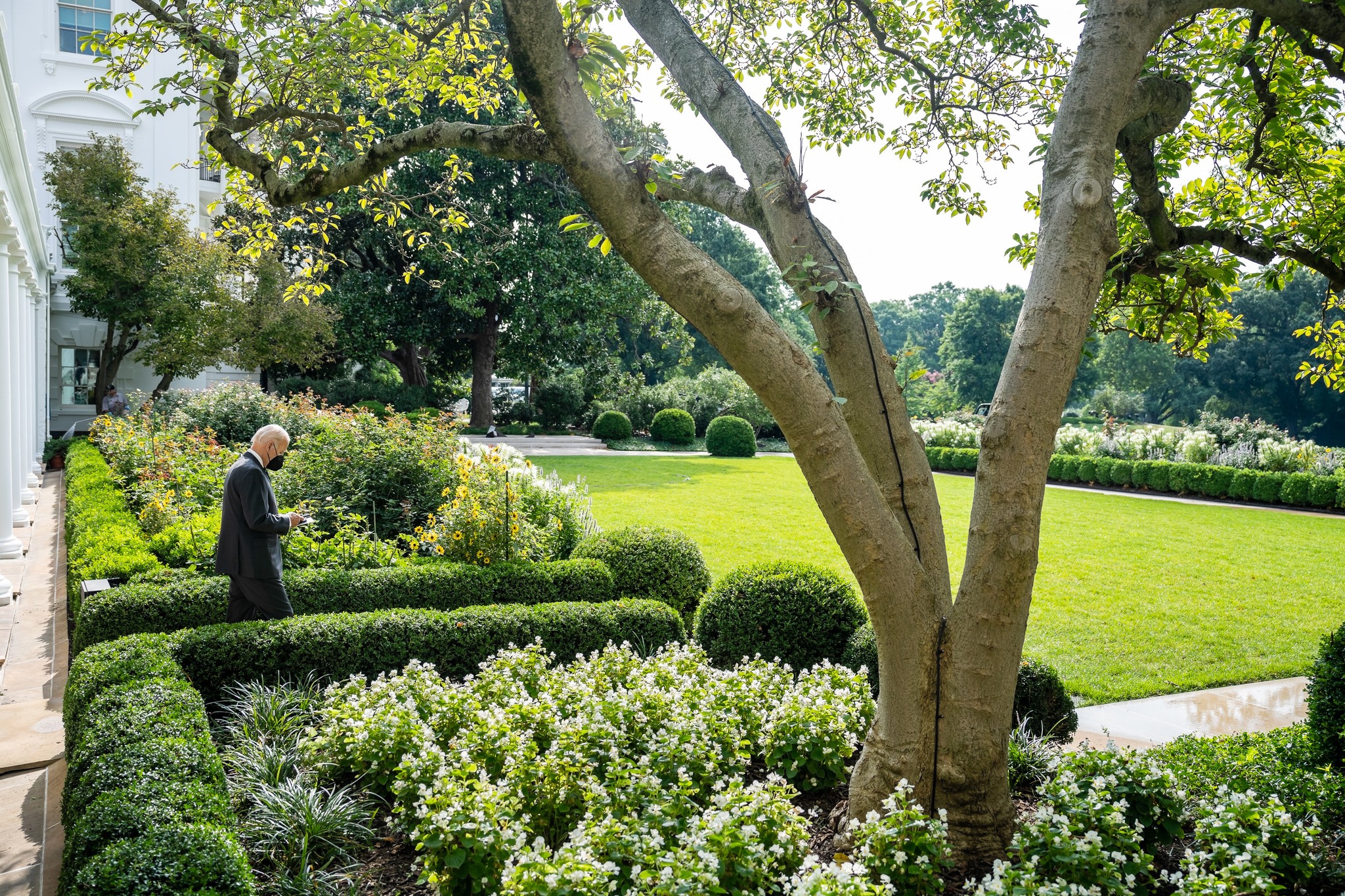 “The resumption, which has not been previously reported, comes after a federal appeals court delivered the Justice Department a decisive win, unanimously blocking elements of a lower-court ruling that forced federal prosecutors to seek a pause in the highly anticipated intelligence review.”

“An Arizona state court judge lifted a 50-year-old block on a 19th-century law banning nearly all abortions in the state Friday, ending three months of confusion about the legality of the procedure in the state,” the Wall Street Journal reports.

“Arizona Democrats vowed Saturday to fight for women’s rights after a court reinstated a law first enacted during the Civil War that bans abortion in nearly all circumstances, looking to capitalize on an issue they hope will have a major impact on the midterm elections,” the AP reports.

“Republican candidates were silent a day after the ruling, which said the state can prosecute doctors and others who assist with an abortion unless it’s necessary to save the mother’s life. Kari Lake, the GOP candidate for governor, and Blake Masters, the Senate candidate, did not comment.”

“President Biden vowed that Democrats will codify the right to an abortion into law if two more are elected to the U.S. Senate in the upcoming midterm elections,” CNBC reports.

Said Biden: “If you give me two more senators in the United States Senate, I promise you, I promise you, we’re going to codify Roe and once again make Roe the law of the land.”

Karl Rove said that Texas’ “extremist” abortion ban was a liability for the Republican party and predicted it would create trouble for Republicans in the state legislature in the upcoming 2023 session.

An Arizona woman’s ex-husband created an estate for an aborted embryo and filed a lawsuit on behalf of the embryo against the doctors and clinic who provided the abortion, Rolling Stone reports.

Italian voters are headed to the polls today.

The first exit polls will be expected when voting stops at 5 p.m. ET.

Wall Street Journal: “In the economic war between Europe and Russia, Italy’s elections Sunday are an early test of Western stamina, coming before a winter of painfully high energy bills.”

“Russian President Vladimir Putin, who has throttled natural-gas deliveries to the European Union, is hoping that economic pain and public discontent will force Europe’s democracies to reduce support for Ukraine and relax sanctions on Moscow.”

Ruth Ben-Ghiat: “With Giorgia Meloni’s party leading in polls ahead of Sunday’s election, the Italian far right is edging closer to power.”

Richard Haass: “There are decades where nothing happens, and there are weeks where decades happen. Those words are apocryphally attributed to the Bolshevik revolutionary Vladimir Lenin, referring to the rapid collapse of tsarist Russia just over 100 years ago. If he had actually said those words, Lenin might have added that there are also decades when centuries happen.”

“The world is in the midst of one such decade. As with other historical hinges, the danger today stems from a sharp decline in world order. But more than at any other recent moment, that decline threatens to become especially steep, owing to a confluence of old and new threats that have begun to intersect at a moment the United States is ill positioned to contend with them.”

“President Volodymyr Zelensky of Ukraine directly asked Ukrainians to help the nation’s war effort even from within the occupied territory,” the New York Times reports.

“Mr. Zelensky, in his nightly address on Friday, asked those living in regions under partial Russian control — Luhansk, Donetsk, Zaporizka and Kherson — to avoid Russian mobilization efforts ‘by any means’ and to try to make it to Ukraine-held lands.”

“Zelensky on Saturday offered guaranteed protections to Russian soldiers who surrender amid the conflict between the countries after Russian President Vladimir Putin announced he was calling up 300,000 reservists to replenish Russian forces,” The Hill reports.

Anne Applebaum: “If an American president announced a major speech, booked the networks for 8 p.m., and then disappeared until the following morning, the analysis would be immediate and damning: chaos, disarray, indecision. The White House must be in crisis.”

“In the past 24 hours, this is exactly what happened in Moscow. The Russian president really did announce a major speech, alert state television, warn journalists, and then disappear without explanation. Although Vladimir Putin finally gave his speech to the nation this morning, the same conclusions have to apply: chaos, disarray, indecision.  The Kremlin must be in crisis.”

“The newly formed British government rolled out its fiscal plans Friday — and the reaction from global financial markets is beyond stunning,” Axios reports.

“Essentially, the markets are treating the U.K. the way they do emerging markets, which are viewed as not having the same reliable, disciplined institutions setting economic policy as the richest nations.”

A new email from the National Republican Senatorial Committee asks supporters where they want Republican governors to “ship” migrants next.

Axios: “Republican governors have transported over 10,000 migrants from the southern border to Democratic strongholds this year, sparking a political firestorm over immigration policies less than two months before November’s midterm election.”

The Atlantic run an excerpt from The Confidence Man by Maggie Haberman.

“I learned in the spring that Trump was repeating a claim from one of his most vocal allies, the self-made pillow-company CEO Mike Lindell, that Trump would be reinstated as president by August 2021. Trump liked the idea, telling aides he did not want to have to sit through another three and a half years of a Biden presidency. He quietly encouraged some conservative writers to publicize the idea in their own voices, telling the National Review editor Rich Lowry as well that he anticipated being reinstated by August 2021. Trump encouraged Lowry to write about it, saying it could help the magazine.”

“When Jenna Ellis, his former adviser, protested on Twitter the notion that Trump could be reinstated to office, Trump told Ellis that her reputation would be damaged. She took that as pressure to reverse her statement. Trump conceded to her that the scenario was ‘almost impossible,’ but that he wanted to keep the idea alive.”

Donald Trump shared a Truth Social post comparing him as “second greatest” only to Jesus Christ, Insider reports. Trump also posted a video to Truth Social last night with overt QAnon memes, including references to military tribunals, pedophiles and Satanists.

In a stinging interview, Hillary Clinton compared Donald Trump to Adolf Hitler, and his political rallies to Nazi gatherings, the HuffPost reports.

Said Clinton: “I remember as a young student, you know, trying to figure out how people get basically brought in by Hitler. How did that happen? I’d watch newsreels and I’d see this guy standing up there ranting and raving, and people shouting and raising their arms. I thought, ‘What’s happened to these people?’”

She added: “You saw the rally in Ohio the other night. Trump is there ranting and raving for more than an hour, and you have these rows of young men with their arms raised. What is going on?”

Security at Donald Trump’s rally in North Carolina tried to stop attendees from raising their arms and single finger, which signifies their allegiance to the far-right conspiracy theory QAnon.  One man was furious, PBS reports, saying “thats my Constitutional right!”

Former Rep. Denver Riggleman told 60 Minutes he knows of someone in the Trump White House who called a rioter during the January 6 attack at the Capitol.

Said Riggleman: “You get a real ah-ha moment when you see that the White House switchboard had connected to a rioter’s phone while it’s happening. That’s a pretty big ah-ha moment.”

“News that a former adviser to the committee investigating the Jan. 6, 2021, insurrection is publishing a book billed as a ‘behind-the-scenes’ look at the committee’s work came as a shock to most lawmakers and committee staff when it was announced last week,” the Washington Post reports.

“Denver Riggleman, a former Republican congressman, is set to publish The Breach on Tuesday, just one day before the final public hearing of the Jan. 6 panel, which has gone to extraordinary lengths to prevent unauthorized leaks, as well as keep its sources and methods of investigation under wraps.”

Rep. Jamie Raskin (D-MD) told the Texas Tribune that once the January 6 Committee hearings end, he wants to tour the country with Rep. Liz Cheney (R-WY) to model “civil and even affectionate discourse among people who agree about some fundamentals, and then disagree about some policy stuff.”

Rep. Liz Cheney said that if Donald Trump becomes the Republican Party’s nominee for president in 2024, she will not remain a Republican, CNN reports.

“An Anchorage judge said that based on the limited evidence presented, Wasilla Rep. David Eastman (R) is likely ineligible to hold public office, but his name will stay on the general election ballot until a trial scheduled for December can be held,” the Anchorage Daily News reports. “Eastman’s membership in the Oath Keepers runs afoul of the Alaska Constitution’s disloyalty clause, which bars a person from holding public office in Alaska who advocates for the overthrow by force of the U.S. or state government.”

“South Dakota’s ethics board won’t publicly disclose the ‘appropriate action’ it took after finding evidence Gov. Kristi Noem intervened with a state agency to influence her daughter’s application for a real estate appraiser license,” the AP reports. “The state’s Government Accountability Board was created to provide a check on any misconduct by state officials, and the question of whether to discipline the Republican governor presented its first major test.”

“South Dakota’s governor, Kristi Noem, was returning from an official appearance in Rapid City in 2019 when she faced a decision: overnight in the capital of Pierre, where another trip would start the next day, or head home and see her son attend his high school prom?,” the AP reports.

“The Republican governor chose the latter, a decision that eventually cost taxpayers about $3,700 when the state airplane dropped her off near her home and then returned the next day to pick her up.”

“It’s one of several trips that year where Noem, a potential 2024 White House contender, blurred the lines between official travel and attending either family or political events.”

“Rudy Giuliani blew off a Manhattan court hearing Friday where a judge said the former New York City mayor would be tossed behind bars if he doesn’t fork over $225,000 plus lawyer fees to his ex-wife by early next month,” the New York Post reports.

“The ultimatum came at a hearing in the divorce case between Giuliani, 78, and former wife Judith Giuliani — who claimed in a lawsuit he’s fallen behind on payments totaling $262,000 owed under terms of their 2019 divorce settlement.”

The House Republican conference rolled out their platform for the 2022 midterm elections with words attributed to Abraham Lincoln, but the Daily Beast reports the quote is actually from a Lehman Brothers ad from the 1980s.

Meanwhile, the HuffPost notes a companion video “full of scenes presented as exceptional imagery of America” were “actually stock footage from Russia and Ukraine.”

“The property management subsidiary of Jared Kushner’s family real estate company has agreed to pay a $3.25 million fine to the state of Maryland and to reimburse many of the tens of thousands of tenants in the Kushners’ Baltimore-area apartment complexes for excessive fees and for rent they were forced to pay over the past decade despite serious maintenance problems in the units,” ProPublica reports.

Washington Post: “A favorite to win re-election, DeSantis is trying to assert his national influence, appealing to Trump’s supporters and touring swing states to headline rallies for other Republicans on the ballot this fall, as he subtly distances himself from Trump in speeches, while not explicitly criticizing the ex-president.”

“Although neither has announced any firm decisions, Trump and DeSantis are widely seen in the Republican Party as potential rivals for the 2024 presidential nomination. The public contrasts and behind-the-scenes tensions reflect how formidable an emerging adversary the Florida governor has become to Trump, even as the 45th president polls far ahead of the pack in a hypothetical primary.”