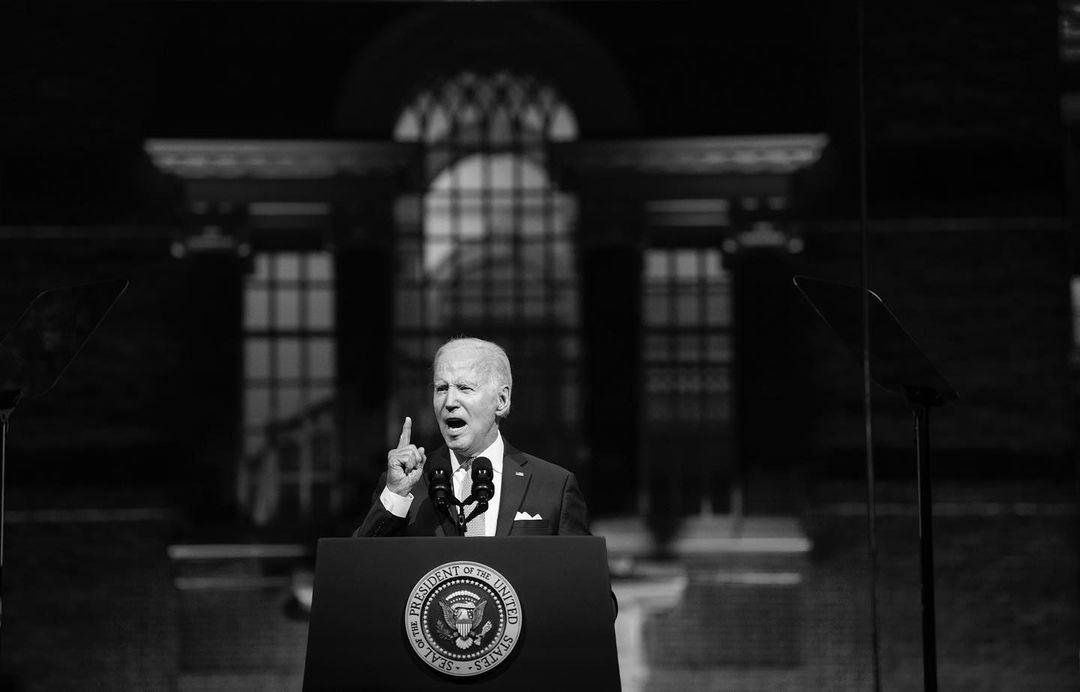 Donald Trump’s attorneys “are fighting a secret court battle to block a federal grand jury from gathering information from an expanding circle of close Trump aides about his efforts to overturn the 2020 election,” CNN reports.

“The high-stakes legal dispute – which included the appearance of three attorneys representing Trump at the Washington, DC, federal courthouse on Thursday afternoon – is the most aggressive step taken by the former President to assert executive and attorney-client privileges in order to prevent some witnesses from sharing information in the criminal investigation events surrounding January 6, 2021.”

“The court fight over privilege, which has not been previously reported and is under seal, is a turning point for Trump’s post-presidency legal woes.”

Aaron Blake: “A push by Donald Trump’s lawyers to appoint a special master in the Mar-a-Lago documents case has quickly lost its main utility, with an appeals court restoring the Justice Department’s access to the documents with classified markings.”

“Halting the Justice Department’s review of those documents — and by extension slowing its criminal probe of Trump — appeared to be its essential aim. In the end, it bought about two weeks’ worth of delay.”

“But special master Raymond Dearie is still here, as he presses forward with a less-consequential review of all of the other documents. And now Trump’s lawyers are contending with a series of very public and potentially embarrassing exchanges prompted by the special master they themselves recommended for the post.”

I’m not sure politics is enough to keep Donald Trump from regaining power. As Jonathan Last notes, Trump has defeated most systems which try to impose some form of accountability:

Brent Orrell smartly notes that Trump’s superpower “is relentless manufacture of untruth.” It’s effective in our media-driven culture “because of the resources required to verify claims. The system gets overwhelmed.”

But Trump does not do so well in the courts. The legal system seems to be his kryptonite. More from Last: “You can lie to reporters, lie to your supporters, lie in books. You can say whatever you want outside of court. But what makes a sworn oath different is that if you lie while making such a declaration, the law can charge you. And if the law convicts you, then men with guns will force you to come with them.”

Jonathan Bernstein: “Trump had a bad day on Wednesday, with New York State filing suit against him for inflating the value of his properties and a federal appellate court ruling against him in his battle with the federal government over his possession of classified documents. So what did the former president do? He went on Sean Hannity’s prime-time show on Fox News to complain. He had a completely bizarre diatribe about, among other things, how he could declassify things while president just by thinking it (uh, no) and his even goofier theory that the FBI may have been looking for Hillary Clinton’s emails at Mar-a-Lago.”

“What Fox News gets out of all this is clear: viewers. What Trump gets out of it is also clear: the attention he craves, which also helps him remain the most prominent Republican in the nation — which helps his chances of winning the Republican presidential nomination in 2024 if he wants it.”

“What the Republican Party gets out of this is … well, nothing good.”

“Career prosecutors have recommended against charging Rep. Matt Gaetz (R-FL) in a long-running sex-trafficking investigation — telling Justice Department superiors that a conviction is unlikely in part because of credibility questions with the two central witnesses,” the Washington Post reports.

Wall Street Journal poll:  “The vast majority of Republican voters—85%—believe anyone who works hard can get ahead, while 53% of Democrats feel that way. Only a third of Republicans—34%—think the current generation will do better than the one that came before, whereas 55% of Democrats think that.”

“The two parties also have starkly different assessments of America’s greatness. More than nine in 10 Republicans agree with the statement that ‘America is the greatest country in the world,’ while 61% of Democrats feel that way.”

Molly Jong-Fast: “Trump is never, ever playing three-dimensional chess; he’s always just sticking pieces up his nose to see how they’ll taste. So maybe the better question is, why has it taken Trump so long to endorse QAnon?”

“Perhaps the same could be said for the Republican Party, which has never been able to quit Trump despite an armed insurrection and his continual assault on democracy and democratic norms. Both Trump and the Republican Party appear unable or unwilling to reject radicalization of any kind. Time will tell whether this will hurt their political prospects, but it’s terrible for everyone else.”

“Fundraising for one of Donald Trump’s biggest political action committees slowed dramatically in recent months, according to new election filings, in an early sign that the former president’s escalating legal troubles may be damaging his prospects with donors,” the Financial Times reports.

“Mulling his future a month before leaving office, then-President Donald Trump questioned whether he would be too old for a campaign in four years, according to a new book by a former White House staffer — as President Biden hints that he too could sit out 2024,” the New York Post reports.

Former Trump administration official Peter Navarro told the Washington Examiner that Donald Trump’s 2020 presidential campaign as “one of the worst presidential campaigns in modern history.” He added that Trump was “let down” by personnel that “got inside the West Wing and never should have.”

“A new pro-Trump dating app backed by right-wing tech billionaire Peter Thiel has not even launched yet, but it’s already facing lots of rejection,” the Daily Beast reports.  “The Right Stuff, scheduled to debut this month, was co-founded by former Trump body man and aspiring matchmaker Johnny McEntee, who recruited the sister of former White House press secretary Kayleigh McEnany to help launch the app.”

Mark Leibovich: “Donald Trump has a knack for making his most committed apologists look like complete imbeciles—even if they are not complete imbeciles, though many of them are. This has been true for several years. But in recent weeks, Trump’s trickle-down idiocy has become a significant midterm-election issue for Republicans, and a drag on some of the party’s most vulnerable Senate candidates.”

“If you’re a candidate seeking a GOP nomination, Trump’s blessing can be a political wonder drug. But it comes with debilitating side effects. These go beyond the standard debasements that Trump inflicts on his dependents (for instance, Trump boasting at a Youngstown, Ohio, rally on Saturday that J. D. Vance, who is running for Senate there, was “in love” with him and “kissing my ass, he wants my support so much”). Assuming an acceptable Trumpian posture requires a determined self-lobotomy. In most states, it’s nearly impossible to pass yourself off as an election-denying January 6 truther and still be taken seriously by a majority of voters. Yet many candidates who clearly know better are doing exactly this.”

“You might be a media-slick, Ivy-bred brainiac like Vance or Dr. Mehmet Oz, and even admit backstage that you don’t really believe the asininity you’re spouting. As a general rule, though, discerning swing voters tend not to differentiate between fools and those who just play them on TV.”

“A federal watchdog on Thursday found that fraudsters may have stolen $45.6 billion from the nation’s unemployment insurance program during the pandemic, using the Social Security numbers of dead people and other tactics to deceive and bilk the U.S. government,” the Washington Post reports.

“The new estimate is a dramatic increase from the roughly $16 billion in potential fraud identified a year ago, and it illustrates the immense task still ahead of Washington as it seeks to pinpoint the losses, recover the funds and hold criminals accountable for stealing from a vast array of federal relief programs.”

Said Christie: “We have a former president of the United States who went on national television last night and said ‘I declassified the documents thinking about it.’ Imagine all I could have accomplished if I only knew that I didn’t actually have to do it. I just had to think about it – this is a credible candidate for 2024.”

He added: “There is a sector of our party, which cannot find themselves genetically unable to not defend Donald Trump… This is a disaster. It’s bad for the country.”

“Central banks around the world moved Thursday to combat the effects of a soaring dollar and rising inflation, joining the Federal Reserve in risking a recession to rein in climbing prices,” the Wall Street Journal reports.

Meanwhile, from Bloomberg: “Nations are being forced to go it alone in erecting defenses against the relentless strength of the almighty greenback, with no sign that governments are willing to act in concert.”

“The British government unveiled the biggest tax cuts since the early 1970s in a bold bet to jolt the U.K.’s inflation-stricken economy into growth, prompting a slide in the pound and a jump in government bond yields,” the Wall Street Journal reports.

“In one of the largest shifts in British economic policy in decades, U.K. Chancellor of the Exchequer Kwasi Kwarteng said the government would cut payroll taxes, freeze corporation tax, ditch a cap on banker bonuses and spend billions to subsidize energy bills over the next two years.”

Said Yoon: “What an embarrassment for Biden, if these idiots refuse to grant it in Congress.”

NPR has a very positive review of The Divider by Peter Baker and Susan Glasser.

“Donald Trump may have lasted only four years in the White House but, unlike other one-term presidents, his era and aura seem unending. His grip on the Republican Party appear as viselike as ever, his insistence on his pre-eminence unabated. He cannot even acknowledge that he lost, and insists he has a right to act as if he hadn’t. And more than a third of the country professes to believe him.”

“The threat to democracy detailed in these pages did not begin with his efforts to overturn the 2020 election, nor did it end there. As the authors of The Divided themselves conclude in their Epilogue, Trump ’emerged from a seven-million-vote defeat, two impeachments and the January 6 insurrection as the dominant force in the Republican Party.’”

A senior Meta Platforms executive told Semafor that former President Donald Trump could be allowed back on Facebook once a suspension of his account expires in 2023.

“A federal law barring people under felony indictment from purchasing guns is unconstitutional, a federal judge in Texas ruled Monday in an early test of a watershed decision by the Supreme Court expanding firearm access,” the Washington Post reports.

New York Times: “So far this year, TSA officers have already discovered more than 4,600 guns at airport checkpoints, and about 87 percent of them were loaded.”

E. Jean Carroll, the journalist who claims she was raped by Donald Trump decades ago in a New York department store, is planning to sue him for sexual battery under the state’s new “survivors” law later this year, the Daily Beast reports.

President Biden “will attend a Democratic National Committee event on Friday focused on drawing a clear contrast with Republicans in the lead up to the midterm elections,” CNN reports.

A man in North Dakota was charged with felony vehicular homicide after he fatally struck a teenager with his SUV following what he said was a “political argument,” CNN reports.

The CIA launched its own podcast, saying it wanted to step out from the shadows to “demystify” its spy work and to help Americans understand the intelligence agency’s role, NBC News reports.