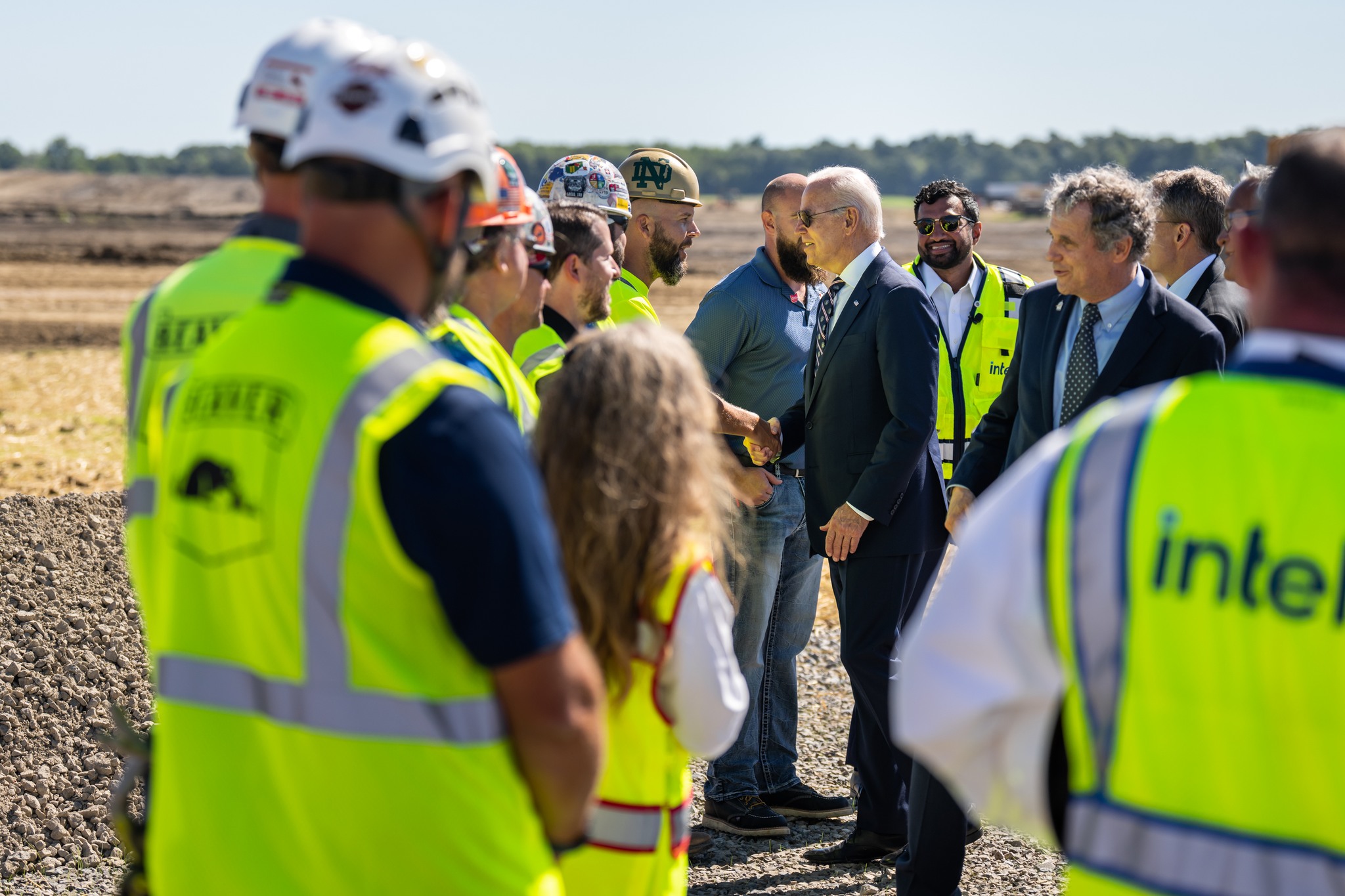 California Gov. Gavin Newsom (D) is “undeniably, unequivocally” planning to run for president in 2024 if President Biden chooses not to seek a second term, The Wrap reports.

Said one Democratic fundraiser: “After this midterm election is over, he absolutely is going to announce that he is running for the presidency once Biden announces that he is not running. No ifs, ands or buts. He will run if Biden does not.”

“Vice President Kamala Harris is ramping up campaign road trips to turn out young voters and voters of color for the midterms — stopping this week in Wisconsin and South Carolina but so far without scheduled appearances with key Democratic nominees on the ballot,” Axios reports.

KANSAS GOVERNOR and FLORIDA U.S. SENATOR. Republicans aired numerous transphobic ads during their primaries attacking Lia Thomas, the college swimmer who this year became the first trans athlete to win a NCAA Division I national championship, but the RGA’s new general election spot against Kansas Gov. Laura Kelly may be the party’s worst yet.

The commercial stars Riley Gaines, who competed against Thomas and misgenders her for the audience. “I was forced to share a locker room with a biological man,” Gaines says, adding, “In the pool, he claimed a trophy that a woman had earned.” She goes on to attack Kelly for twice vetoing bills that would have banned trans women from competing in the sport that corresponds with their gender identity, which Gaines characterizes as “laws to protect women and girls in sports.”

This isn’t the only transphobic commercial Republicans are running in a competitive race, though. Florida Sen. Marco Rubio uses his new spot to link Democratic foe Val Demings to what he calls “the radical left,” which he argues wants to “turn boys into girls.”

ARIZONA U.S. SENATOR. Republican Blake Masters has spent his campaign railing against the country’s military leaders, and Democratic Sen. Mark Kelly is using some of his comments against him in a new ad.

The spot features footage of the Republican declaring, “I hate to say it, but our military leadership is totally incompetent,” before a veteran recounts that Masters is “the guy who said Al Qaeda wasn’t even a threat, and our involvement in World War II was unjust.” The commercial goes on to play another clip of Masters declaring, “No active-duty American general has ever won a war,” which another veteran says is “spitting in our faces.”

COLORADO GOVERNOR. While Republican Heidi Ganahl faces a massive financial deficit against Democratic Gov. Jared Polis, the Colorado Sun reports that a wealthy rancher named Steve Wells has thrown down $11 million so far on a super PAC called Colorado Wells to help her. The group, writes reporter Jesse Paul, had $9.3 million on-hand as of Thursday.

However, not everyone in the GOP is happy that this is the race Wells is getting involved in. Paul relays, “Republican insiders are privately grumbling about Wells because they think his money would be better spent on races that appear more winnable, like the very competitive battle for control of the Colorado Senate.” He adds, “One GOP operative in Colorado privately groused that having a lot of money means you don’t have to make a lot of sense.”

FLORIDA GOVERNOR. The Forward’s Jacob Kornbluh reports that a recent commercial for GOP Gov. Ron DeSantis featured a prominent testimonial from a pastor with a long history of antisemitism.

Larry Jinks, who says of the governor, “You protected our right to worship together in person,” wrote back in April on Facebook, “It’s a shame that the Jews, who should know better, reject their own Messiah (who fullfilled [sic] everyone of their prophecies) still believe that they need sacrifices and the Temple to sacrifice them in. Nonetheless, because of their rejection they will move forward with that plan.” Jinks also has gone after Pope Francis for promoting interfaith ties between Christians, Jews, and Muslims, declaring, “We are called to be at odds with any religion that does not acknowledge Jesus as the Prince of Peace and the only way to the Father.”

Democrat Charlie Crist, for his part, is also out with an ad taking DeSantis to task for flying dozens of Venezuelan migrants to Martha’s Vineyard without informing them of their actual destination; Crist, who faces a massive cash deficit, only appears to be running this message online so far. The Democrat proclaims, “Lying to migrant children to lure them onto a plane to God knows where, treating families fleeing brutal socialist regimes like cattle, mocking their fight for freedom—it makes me sick—but sadly it’s not surprising. It’s who he is.”

These developments come around the same time that the local firm Sachs Media released a poll for Florida Politics showing DeSantis ahead 51-45, which matches his 50-44 margin in FiveThirtyEight’s average.

ARKANSAS GOVERNOR. Sarah Huckabee Sanders (R), “who is running for governor in Arkansas, was released from a hospital Saturday after undergoing surgery for thyroid cancer,” the AP reports.  A spokesperson declared her “cancer free.”

TEXAS U.S. SENATOR. Rep. Ronny Jackson (R-TX) “recently launched Spanish-language TV ads in his reelection campaign — an unexpected use of campaign resources given that he is sitting in one of this election season’s safest congressional districts in the state,” the Texas Tribune reports.

“Jackson, best known as the doctor to former President Donald Trump, launched the TV spots last week in a bid to introduce himself to Latino voters. While his rural, Panhandle district is predominantly white, his campaign says it is an effort to grow his appeal with an ascendant voting bloc statewide.”

Amanda Carpenter explains Donald Trump’s Save America ruse: “Immediately after the media called the election for Joe Biden on November 7, 2020, a joint fundraising committee between the Trump campaign and the Republican National Committee called the Trump Make America Great Again Committee blasted Trump supporters with numerous donation requests. Many of those pleas asked for money to fund an ‘Official Legal Defense Fund.’ Trump registered a new Save America PAC on November 9. Then, as explained by the Washington Post, Save America discreetly skimmed 75 percent of each contribution.”

Wisconsin Republicans are “recruiting a fresh batch of poll watchers to monitor voting in November as part of a revamped response to allegations of election fraud that roiled the latest presidential contest,” the Wall Street Journal reports.

“Many Republican voters are heading into the midterms still skeptical about the results of the 2020 election, and the Republican Party is encouraging them to channel those concerns into activism by volunteering to monitor the polls. Some Republicans view the effort as a way to ensure that Mr. Trump’s fraud claims don’t prompt supporters to skip the election altogether because of doubts about the validity of the process.”