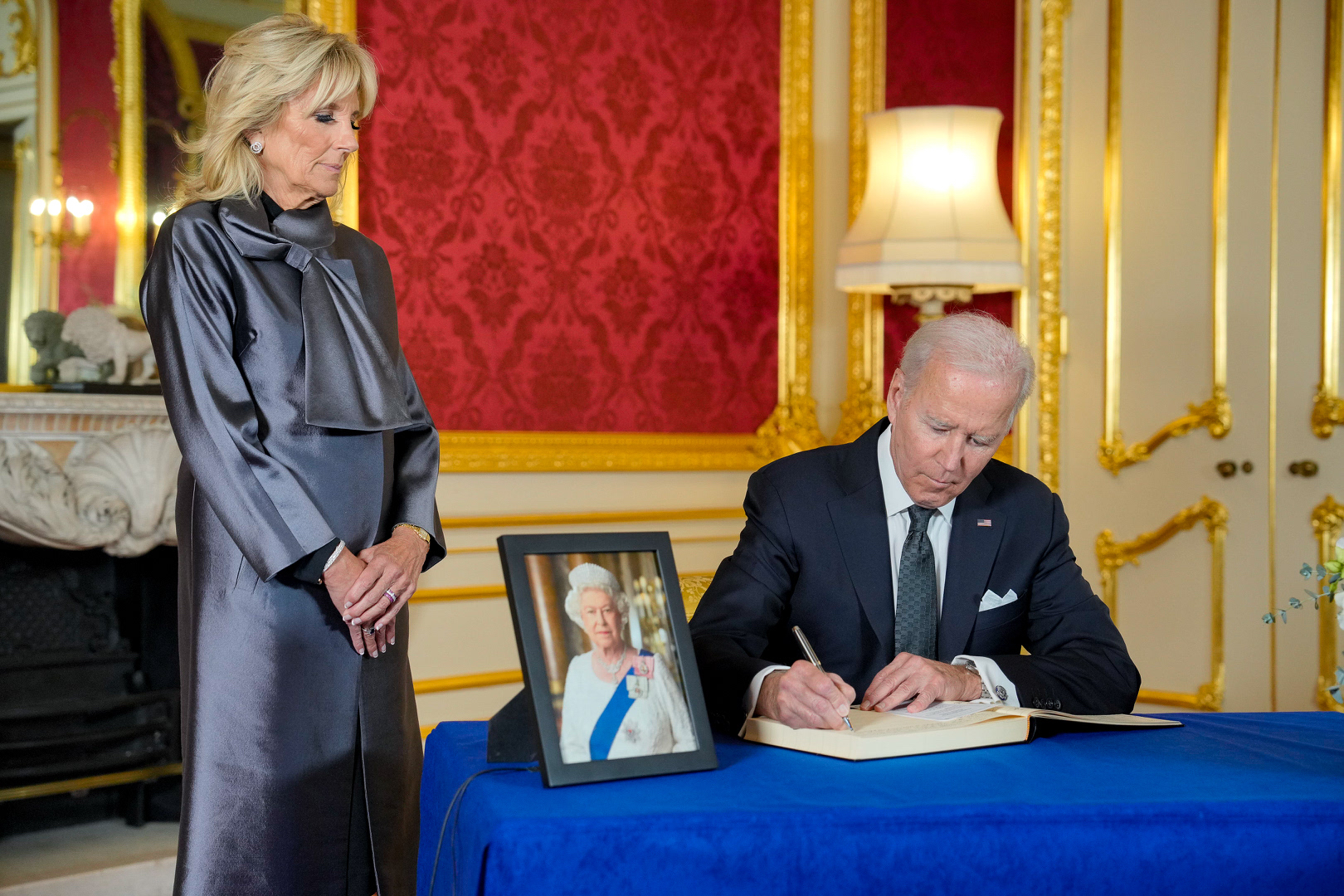 The Justice Department filed an appeal with the 11th Circuit Court of Appeals on Friday night requesting a lift on federal Judge Aileen Cannon’s order barring criminal investigators from using the records Trump stashed at Mar-a-Lago.

More lies from the Trump team about the documents got exposed this weekend, by the way: The Washington Post reports that ex-deputy White House counsel Pat Philbin told the National Archives in September 2021 that ex-White House chief of staff Mark Meadows had told him that all the government records at Mar-a-Lago were just boxes of “news clippings.”

New York Times: “Never before has a former president faced an array of federal, state and congressional investigations as extensive as Mr. Trump has, the cumulative consequences of a career in business and eventually politics lived on the edge, or perhaps over the edge. Whether it be his misleading business practices or his efforts to overturn a democratic election or his refusal to hand over sensitive government documents that did not belong to him, Mr. Trump’s disparate legal troubles stem from the same sense that rules constraining others did not apply to him.”

“The story of how he got to this point is both historically unique and eminently predictable. Mr. Trump has been fending off investigators and legal troubles for a half century, since the Justice Department sued his family business for racial discrimination and through the myriad inquiries that would follow over the years. He has a remarkable track record of sidestepping the worst outcomes, but even he may now find so many inquiries pointing in his direction that escape is uncertain.”

Sen. Lindsey Graham (R-SC) wants his Republican colleagues who’ve been running a million miles away from his 15-week national abortion ban to know that he’s heard their concerns about how it’ll wreck their midterm prospects–and he says: IDGAF.

There’s “never a bad time to stand up for” fetuses, Graham argued in a Fox News op-ed he published with Susan B. Anthony Pro-Life America president Marjorie Dannenfelser on Sunday. The South Carolina senator also put out a tweet thread on Sunday defending the ban.

Sen. Mike Rounds (R-SD) said he won’t support the bill Sen. Lindsey Graham (R-SC) introduced that would ban most abortions nationwide after 15 weeks of pregnancy, the Washington Post reports. Said Rounds: “At this point, to have Congress step back and to tell all of the states that we know better than them how to handle this is probably not the right direction to go. I think the states are in a better shape to explore and to find the right direction on a state-by-state basis.”

Donald Trump took to Truth Social to fume about the FBI’s raid of Mar-a-Lago, accusing agents of not taking off their shoes when searching his bedroom, Insider reports.  Said Trump: “It was ‘ransacked,’ and in far different condition than the way I left it.”

“Former President Donald Trump appeared to more fully embrace QAnon on Saturday, playing a song at a political rally in Ohio that prompted attendees to respond with a salute in reference to the cultlike conspiracy theory’s theme song,” the New York Times reports.

“As Mr. Trump spoke, scores of people in the crowd raised fingers in the air in an apparent reference to the ‘1’ in what they thought was the song’s title. It was the first time in the memory of some Trump aides that such a display had occurred at one of his rallies.”

“Russia isn’t yet sure to lose this economic fight. But a growing consensus among officials, energy specialists and economists suggests that, although Russian actions will cause serious hardship in many places, Mr. Putin will likely fail and that Europe should ride out the winter without running out of gas. Once this winter is over, Mr. Putin’s sway over Europe’s energy supplies will have withered critically, they say.”

Andriy Zagorodnyuk says Ukrainian victory shatters Russia’s reputation as a military superpower. “The scale of Ukraine’s recent victory has stunned the entire world, but perhaps nobody was as surprised as the Russians themselves. Naturally, the Kremlin sought to suppress news of the counteroffensive, but the speed of events and the sheer scale of the collapse meant that details of the unfolding disaster could not be completely censored despite the best efforts of the authorities. The resulting realization was a huge psychological blow for the Russian public, who learned for the first time that their soldiers in Ukraine were demoralized and beaten. The rout of Russian forces in Kharkiv Oblast was also a painful wake-up call for Ukrainian collaborators, who realized that Russia cannot be relied upon and will abandon them without thinking twice.

Beyond these immediate implications, Ukraine’s counteroffensive also says much about the broader state of the Russian military and provides valuable indications of what we can expect to see next. From now on, fear will shape every single decision made by Russian commanders in Ukraine. This will not be fear of losing precious lives or damaging Russia’s national interests; it will be a very personal fear of retribution from a vindictive hierarchy seeking culprits to blame for the rapidly declining fortunes of the Russian army.”

“A powerful Russian missile exploded less than 900 feet from the reactors at the South Ukraine Nuclear Power Plant just after midnight on Monday, narrowly avoiding a possible nuclear calamity and underscoring the threat posed by the Kremlin’s assaults on critical infrastructure across Ukraine,” the New York Times reports.

San Antonio Report: “Migrants near the McDonald’s parking lot across from the migrant resource center Thursday evening said they knew who Emmanuel was because he has been in the area for weeks picking up odd jobs. They said he had befriended some of the migrants who no longer had access to the center, but stuck around hoping to be hired for day labor.

Several said they heard Emmanuel tell other migrants that if they boarded the flight to Massachusetts, “No te faltara nada,” “You won’t need a thing.” They declined to give a reporter their names.

Witnesses including Emmanuel described Perla [his immediate recruiter] as having blonde hair and driving a white truck.

NPR on the history of “Reverse Freedom Rides,” which is what the Martha’s Vineyard immigration stunt was.

“The Reverse Freedom Rides have largely disappeared from the country’s collective memory. The scheme almost never appears in history books and is little-known even in Hyannis, the primary target of the ploy. But some hear echoes of that segregationist past in America’s present. And for the families that came to the North based on a lie, the journey has cast an enduring shadow on their lives. …

The segregationists tapped into a network of local groups called Citizens’ Councils. Despite the sanitized name, the councils were essentially “the Ku Klux Klan without the hoods and the masks,” said historian Clive Webb.

Webb, a professor at the University of Sussex in England, specializes in studying racists. Fifteen years ago, he published the first—and still the only—major academic article on the Reverse Freedom Riders.“

All of Puerto Rico has been out of power since yesterday after Hurricane Fiona beat down the island, which is now experiencing massive flooding strong enough to sweep away a bridge in Utuado, a town at the center of the island:

Biden approved an emergency declaration for Puerto Rico on Sunday, allowing FEMA to quickly respond to the disaster.

Senior Trump White House aide Johnny McEntee told the House Jan. 6 Committee during his testimony what Rep. Matt Gaetz (R-FL) wanted Trump (aka “the boss”) to wipe away with a preemptive blanket pardon: whatever would come out of the federal sex trafficking investigation into the congressman, according to the Washington Post.

Gaetz had been aggressively pushing for a pardon that was “as broad as you could describe” since early December 2020, ex-Meadows aide Cassidy Hutchinson and ex-White House lawyer Eric Herschmann told the Jan. 6 panel.

“Jury selection begins Monday in the trial of a former Donald Trump adviser whom authorities allege was involved in a two-year effort to try to influence the policy decisions of the Trump campaign and administration to benefit the United Arab Emirates,” CNN reports.

“Tom Barrack, a wealthy businessman who served as the chair of Trump’s Presidential Inaugural Committee and an adviser to his campaign, was indicted last year along with his assistant Matthew Grimes and an Emirati official for allegedly acting as a secret backchannel for the Gulf nation.”

“President Biden has again confirmed that U.S. troops would defend Taiwan in the event of an attack from China, the clearest recent statement Biden has made about how far the United States would go to support Taiwan militarily,” the Washington Post reports.

David Graham: “Like a Mafia don’s warnings, this Don’s warnings serve as a kind of intimidation, trying to make authorities who care a great deal about the government, civil peace, and the reputations of their agencies (as Attorney General Merrick Garland clearly does) wonder whether it’s really worth enforcing the law against this particular would-be defendant.”

“An American contractor held hostage in Afghanistan for more than two years by the Taliban has been released, his family said Monday, as a Taliban drug lord jailed by the United States was also freed and returned to Kabul,” the AP reports.

Former President Bill Clinton is calling on governments, businesses, philanthropies and other prominent institutions to draw together and help a world that is “on fire” as he reconvenes the Clinton Global Initiative, the AP reports.  Said Clinton: “The world’s on fire in a lot of different ways. But there are a lot of things that businesses, non-governmental groups and governments working together can do to help with a lot of these problems.”