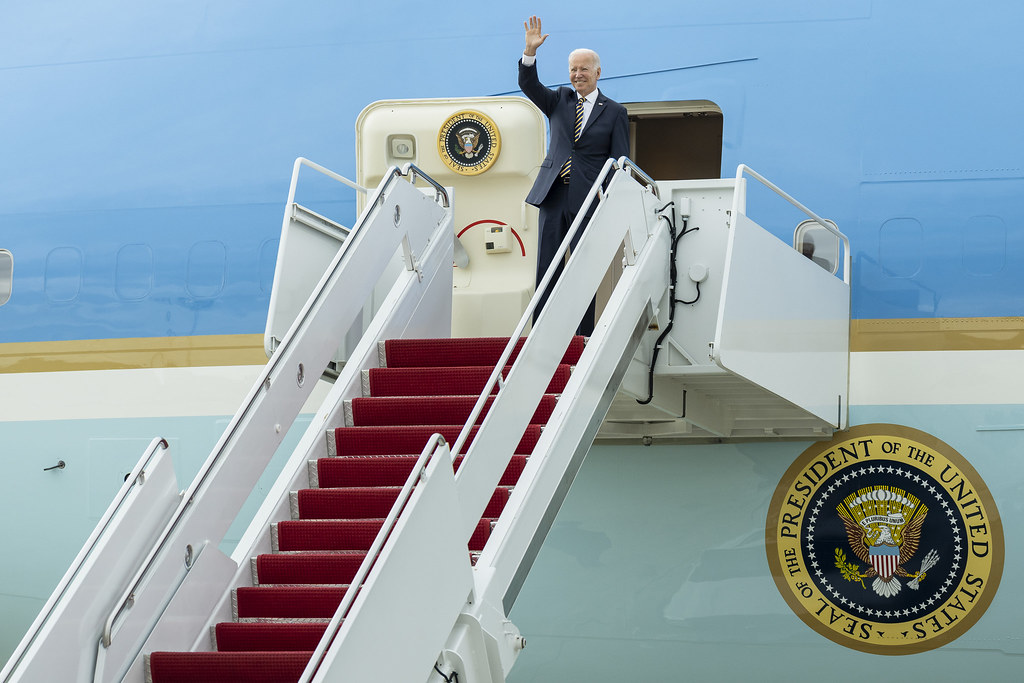 Jamelle Bouie: “The conceit of this dehumanizing bit of political theater was that the liberal denizens of Martha’s Vineyard would reject the migrants out of hypocrisy, thus proving that Democrats aren’t actually interested in welcoming immigrants into their communities. To DeSantis and his amen corner, asylum seekers are disposable, and they believe that liberals will want to dispose of them too.”

“What happened, instead, was that residents of Martha’s Vineyard rallied to provide food, shelter, clothing and services. The asylum seekers are now on their way to Cape Cod, to receive further assistance. The stunt failed to make its intended point.”

“The same was true of a previous stunt, in which DeSantis touted the arrests of 20 former felons for election fraud. The intended message was that Florida, and presumably the entire country, needed to be on constant alert to block fraudulent voters. But in the days and weeks after the arrests, an investigation by The Tampa Bay Times found that the state had actually cleared those residents to vote.”

Politico: “The move by DeSantis dominated the radio and television airwaves in South Florida — where large swaths of Hispanic voters live. One Spanish radio host loudly denounced the move and even compared DeSantis’ actions to that of deceased Cuban dictator Fidel Castro, who relocated Cubans in the early ‘60s.”

“Nearly two years after President Donald Trump refused to accept his defeat in the 2020 election, some of his most loyal Republican acolytes might follow in his footsteps,” the New York Times reports.

“When asked, six Trump-backed Republican nominees for governor and the Senate in midterm battlegrounds would not commit to accepting this year’s election results, and another five Republicans ignored or declined to answer a question about embracing the November outcome. All of them, along with many other GOP candidates, have pre-emptively cast doubt on how their states count votes.”

“A dozen Republican candidates in competitive races for governor and Senate have declined to say whether they would accept the results of their contests, raising the prospect of fresh post-election chaos two years after Donald Trump refused to concede the presidency,” the Washington Post reports.

Axios: “In 24 states, across the map, Republicans are fielding 2020 presidential election deniers as November standard-bearers for statewide office — governor, secretary of state or attorney general. These candidates — nearly 1 in 3 GOP statewide candidates, according to AP — backed Trump’s push to overturn the election, or spread lies about results.”

“Mazars USA, the longtime accounting firm for former President Donald Trump that cut ties with him and his family business this year, has begun turning over documents related to his financial dealings to Congress,” the New York Times reports.

“The documents Mazars is providing Congress concern Mr. Trump’s financial dealings from 2014 to 2018. He took office in 2017 after a career in real estate and other businesses.”

President Biden warned Russian President Vladimir Putin not to use chemical or tactical nuclear weapons in the war against Ukraine or there would be a “consequential” response from the United States, Axios reports.

“Russian shelling hit cities and towns across a wide stretch of Ukraine during the night, officials said Sunday, while the British Defense Ministry warned that Russia is likely to increase its attacks on civilian targets as it suffers battlefield defeats,” the AP reports.

“It has been nearly two years since Donald Trump made surprising gains with Hispanic voters. But Republican dreams of a major realignment of Latino voters drawn to G.O.P. stances on crime and social issues have failed to materialize,” according to a new New York Times/Siena College poll.

“The poll — one of the largest nonpartisan surveys of Latino voters since the 2020 election — found that Democrats had maintained a grip on the majority of Latino voters, driven in part by women and the belief that Democrats remained the party of the working class. Overall, Hispanic voters are more likely to agree with Democrats on many issues — immigration, gun policy, climate. They are also more likely to see Republicans as the party of the elite and as holding extreme views.”

“Veteran Republican operative Roger Stone had his fans turn against him after posting a portrait of himself with a pizza while wearing a matching pepperoni necktie,” the Daily Beast reports.

“The longtime Trumpworld hanger-on seemingly ran afoul of his Pizzagate-believing followers on Friday night, who urged Stone to take down the artwork. Pizzagate is a far-right conspiracy theory that involves the baseless belief that in the basement of a Washington, D.C. pizzeria lies a “Democratic child sex dungeon.”

Donald Trump boasted about his “sold out” Ohio rally in front of a “massive crowd” on Saturday the stadium “was uncharacteristically thin right up until the time when Trump took the stage,” the Daily Mail reports.

Donald Trump claimed at a rally in Ohio that the government threatens people with prison terms to force them to denounce him.

“Well, I read the obituary, and I realized that his family loved him, and I think that’s something to be grateful for, and when your life is over that’s all there is to say. But I was taught not to talk about people that I — you know. I have nothing to say. Except I’m glad he died with the love of his family.”

— Bill Clinton, on CNN, about the death of Ken Starr.

“To those who suggest that being pro-life is losing politics, I reject that.”— Sen. Lindsey Graham (R-SC), quoted by Politico.

“We could hold both these houses. But we have to say the right things, and we have to note the Republicans always close well. Why? Because they find some new way to scare the living daylights out of swing voters about something.” — Bill Clinton, quoted by The Hill.

Dan Pfeiffer: “It’s been six years since the great polling miss of 2016. We probably aren’t paying enough attention to the miss in 2020; still, as the polls predicted, Biden won. But the margins were way off in a lot of states. The industry seems no closer to solving the problem now than it was in the aftermath of Trump’s win. It’s not for lack of trying. I can only speak for the Democrats, but our polling community is filled with highly motivated, very smart individuals with massive incentives to get this right. The problem may not yet be fixed which raises the possibility that the polling problem is unfixable.”

“Polling is the lifeblood of politics. It drives press coverage and campaign decision-making. But what if polling is fundamentally broken? What if we are viewing politics through a fun house mirror?”