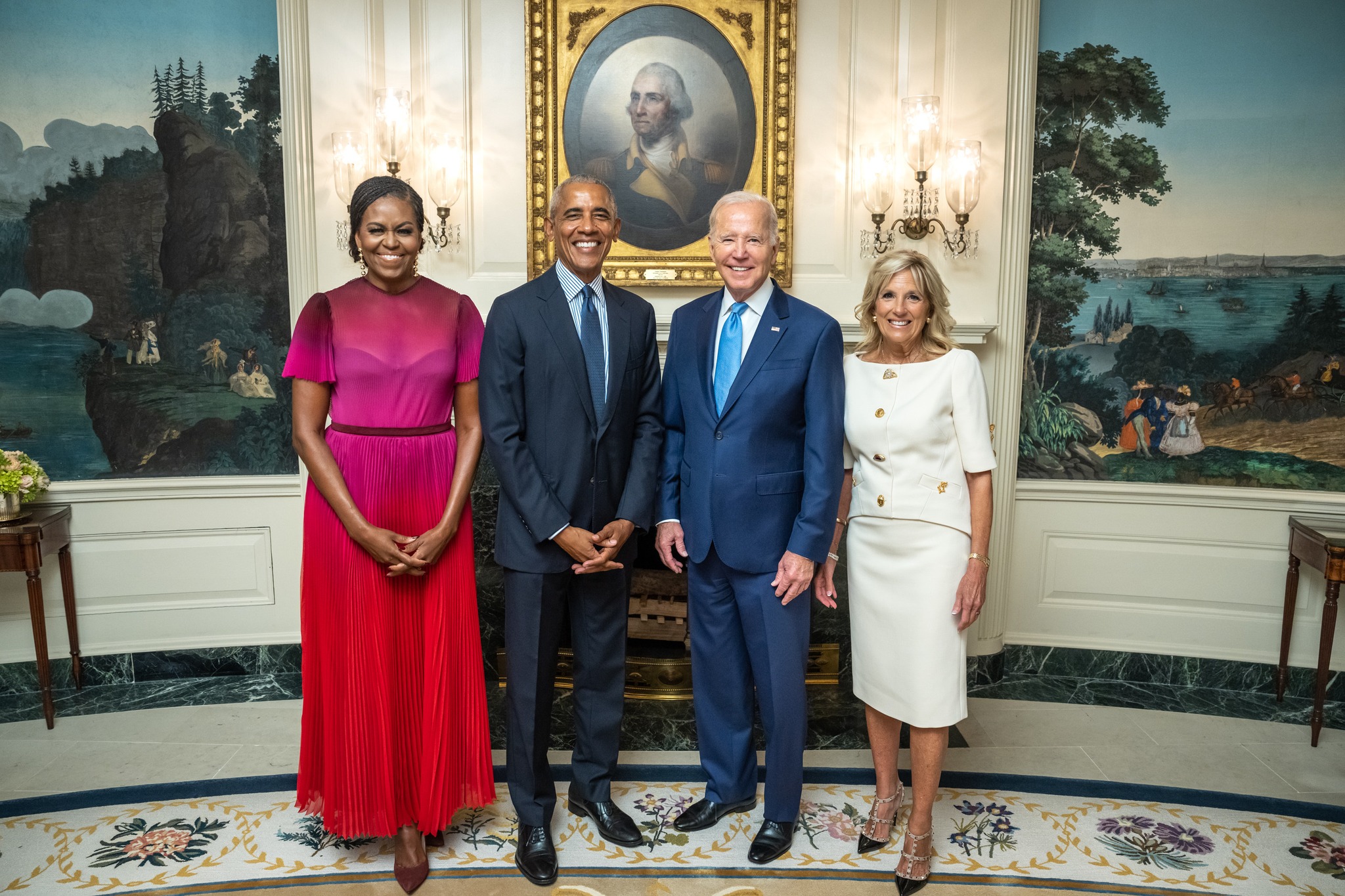 “Lawyers for former president Donald Trump filed court papers Monday arguing against any pause in a judge’s order for a special master to review documents seized at Mar-a-Lago last month, suggesting that some of the documents in question may not be classified and that Trump may have the right to keep them in his possession,” the Washington Post reports.

New York Times: “The 21-page filing was an aggressive rebuke of the Justice Department’s broader inquiry into whether Mr. Trump or his aides illegally kept national security secrets at the property or obstructed the government’s repeated attempts to retrieve the materials. It played down the criminal inquiry as a ‘storage dispute’ and insinuated that officials may have leaked information about the contents of the files.”

“The filing on Monday was the latest salvo in what threatens to become a protracted court fight over a special master and the sorts of powers that person should have in filtering the trove of seized documents.”

“The Justice Department and former President Donald Trump, already at odds over how to review documents seized from Mar-a-Lago, are expected to make additional arguments on Monday about how the process should unfold and who should serve as the independent arbiter, or special master, overseeing it,” the Wall Street Journal reports.

“Mr. Trump’s lawyers face a 10 a.m. deadline for responding to the Justice Department’s proposal that it be allowed to immediately review confidential documents taken from Mar-a-Lago without the involvement of a special master.”

“A decision by a judge appointed by former President Donald Trump to temporarily halt a Justice Department investigation into Trump’s handling of classified documents at his Mar-a-Lago estate triggered an avalanche of criticism from across the legal spectrum, including attacks from conservatives who served in the Trump administration,” Politico reports.

“But Judge Aileen Cannon’s ruling is just one of a flurry of controversial decisions by Trump judges in recent months that have been criticized as out of step with longstanding legal principles.”

“Raising concerns about security threats at Mar-a-Lago, members of one of the Senate’s most influential committees say they will press national security leaders for more information about the woman who posed as a banking heiress and visited the sprawling estate multiple times while boasting of her family fortune and infiltrating former President Donald Trump’s entourage,” the Pittsburgh Post-Gazette reports.

“The trips to Mr. Trump’s Florida home last year by Inna Yashchyshyn, a Ukraine immigrant and a subject of an FBI investigation, underscore the challenges of protecting a 17-acre compound where she was allowed to enter at least five times with no security checks of her background.”

“A lightning Ukrainian offensive in the country’s northeast has reshaped what had become a grinding war of attrition. In a matter of days, Russian front lines have buckled, Moscow’s troops have fled and one village after another has come once more beneath Ukraine’s yellow and blue banner,” the New York Times reports.

“Ukrainian officials said on Saturday that their troops had taken the eastern city of Izium, a strategically important railway hub that Russian forces seized in the spring after a bloody, weekslong battle.”

“Russia’s Ministry of Defense — which a day earlier had said it was moving to reinforce its defensive positions in the region — confirmed on Saturday that it had pulled its forces out of Izium to ‘regroup.’ While the statement sought to portray the withdrawal as a pre-planned move, the military equipment left scattered about pointed to a hasty retreat to avoid encirclement.”

The Atlantic: “Over the past six days, Ukraine’s armed forces have broken through the Russian lines in the northeastern corner of the country, swept eastward, and liberated town after town in what had been occupied territory. First Balakliya, then Kupyansk, then Izium, a city that sits on major supply routes. These names won’t mean much to a foreign audience, but they are places that have been beyond reach, impossible for Ukrainians to contact for months.”

“Now they have fallen in hours. As I write this, Ukrainian forces are said to be fighting on the outskirts of Donetsk, a city that Russia has occupied since 2014.”

“Many things about this advance are unexpected, especially the location: For many weeks, the Ukrainians loudly telegraphed their intention to launch a major offensive farther south. The biggest shock is not Ukraine’s tactics but Russia’s response… Russian troops are not fighting back.”

Francis Fukuyama: “If the Ukrainians don’t simply hold out against Russia but actually defeat Russia’s massive army and force it to retreat, the positive reverberations will be felt across the globe. Populist nationalists around the world, from Viktor Orbán to Matteo Salvini to Marine Le Pen to Donald Trump, have expressed admiration for Putin’s style of strongman rule. A Russian defeat and humiliation will puncture this narrative of the advantages of authoritarian government, and might lead to a rekindling of democratic self-confidence.”

“It has been easy for publics in Western democracies to take for granted the peace and prosperity brought about by the liberal world order. It may be the case that every generation needs to relearn the lesson that the alternatives to liberal democracy lead to violence, repression, and ultimately economic failure. Such a lesson will be driven home if the world sees brave Ukrainians fighting for their country succeed beyond all expectations.”

“Donald Trump repeatedly told aides in the days following his 2020 election loss that he would remain in the White House rather than let incoming President Joe Biden take over, according to a forthcoming book by New York Times reporter Maggie Haberman,” CNN reports.

Said Trump: “I’m just not going to leave… We’re never leaving. How can you leave when you won an election?”

“Trump’s insistence that he would not be leaving the White House, which has not been previously reported, adds new detail to the chaotic post-election period in which Trump’s refusal to accept his defeat and numerous efforts to overturn the election result led to the January 6, 2021, attack on the US Capitol by pro-Trump rioters.”

But surprisingly enough, Trump apparently didn’t jump into his delusion about his defeat at first: The then-president had reportedly seemed to accept his loss in “the immediate aftermath” (in Haberman’s words) of the election, telling one adviser that “[w]e did our best.”

Trump was reportedly so desperate for a solution after the election that he even asked the guy who brought him his Diet Cokes what to do, according to Haberman’s book.

Donald Trump’s unannounced return to Washington, D.C. was captured on YouTube and set off a flurry of social-media speculation about why he might be there.

There haven’t been any indications so far that Miller played an active role in the elector plot. He did straight-up tell Fox in December 2020 that “an alternate slate of electors” in what he called “the contested states” was in the process of voting.

The national average has now declined to $3.697/gal, the lowest since March 2, according to Gas Buddy.  As a result, motorists are spending over half a billion dollars less on gasoline every day compared to mid-June.”

“President Joe Biden has stopped talking so much about inflation worries,” the AP reports.

“It’s a self-edit ahead of the midterm elections in November, prompted in part by the easing of inflationary pressures. But Biden is also attempting to shift the spotlight to his legislative wins, the loss of abortion protections and the threats he says are posed to democracy by the many Republican leaders still under the sway of former President Donald Trump.”

“When Biden did address inflation in his speech at the fundraiser, he stressed progress, rather than financial pain.”

President Joe Biden touted the U.S. killings of Osama bin Laden and his successor Ayman al-Zawahiri in a fiery speech commemorating the 9/11 anniversary on Sunday,” the Daily Beast reports.  Said Biden: “We will follow them to the gates of hell.”

“Vice President Kamala Harris said anti-democratic forces that have emerged in the mainstream of American politics have made the nation weaker at home and undermined our legitimacy overseas, joining President Joe Biden in describing it as a major threat,” NBC News reports.

“If Donald Trump thought that his hagiography of Queen Elizabeth published on his Truth Social website and the Daily Mail in the days after her death would secure him an invite to her funeral, he will be disappointed,” the Daily Beast reports.

“For it has been revealed that Trump, who is believed to have been angling for an invite, will not after all receive an invitation to attend the queen’s funeral on Monday next week in London.”

Times of London: “Questions have been asked in the US over whether Donald Trump will be invited but British sources have scotched the idea that he could accompany the US delegation and said there would not be space for Biden’s predecessors.”

“Supporters of former president Donald Trump have swamped local election offices across the nation in recent weeks with a coordinated campaign of requests for 2020 voting records, in some cases paralyzing preparations for the fall election season,” the Washington Post reports.

“Brazil’s presidential front-runner Luiz Inacio Lula da Silva is likely to appoint his centrist running mate to a key cabinet position to reinforce his commitment to a moderate political and economic agenda if elected in October,“ Bloomberg reports.

“Geraldo Alckmin could helm several important ministries, including Finance or Agriculture… In the past few weeks, his name became stronger to lead the economic team, according to one of them.”

“The far-right Sweden Democrats party was the big winner in the country’s election on Sunday, increasing its share of the vote by two to three percentage points and becoming the second largest party, but the overall result was too close to call as counting continued,” The Guardian reports.

New York Magazine: “It is hard to think of a single living individual who has experienced as total an annihilation of digital privacy since our devices became extensions of our consciousness. A suite of executives and thousands of employees were victimized by the Sony hack. In the iCloud hack known as ‘the Fappening,’ nude photos of dozens of celebrities ended up on Reddit and 4chan. The 2016 hack of DNC servers and John Podesta’s Gmail exposed the private communications of a major political party.”

“But in terms of the vastness of the data breach, the narrowness of its target, and its capacity to be deployed as a political weapon, none of those compare to the exposure of Hunter Biden’s entire virtual life.”

A New York Times review of some 400 voting-fraud charges filed nationwide since 2017 “underscores what critics of fraud crackdowns have long said: Actual prosecutions are blue-moon events, and often netted people who didn’t realize they were breaking the law.”

Said Raskin: “We have to look at the way that the electoral system itself is vulnerable to strategic bad faith actors like Donald Trump. The electoral college is an accident waiting to happen and we have to deal with that at some point in American history, and why not now?”

“The Biden administration plans next month to broaden curbs on U.S shipments to China of semiconductors used for artificial intelligence and chipmaking tools,” Reuters reports.

“Ari Fleischer has drawn suspicion for announcing the end of his near-annual recounting of the 9/11 attacks after being hired by the Saudi-backed LIV Golf tour,” the HuffPost reports.