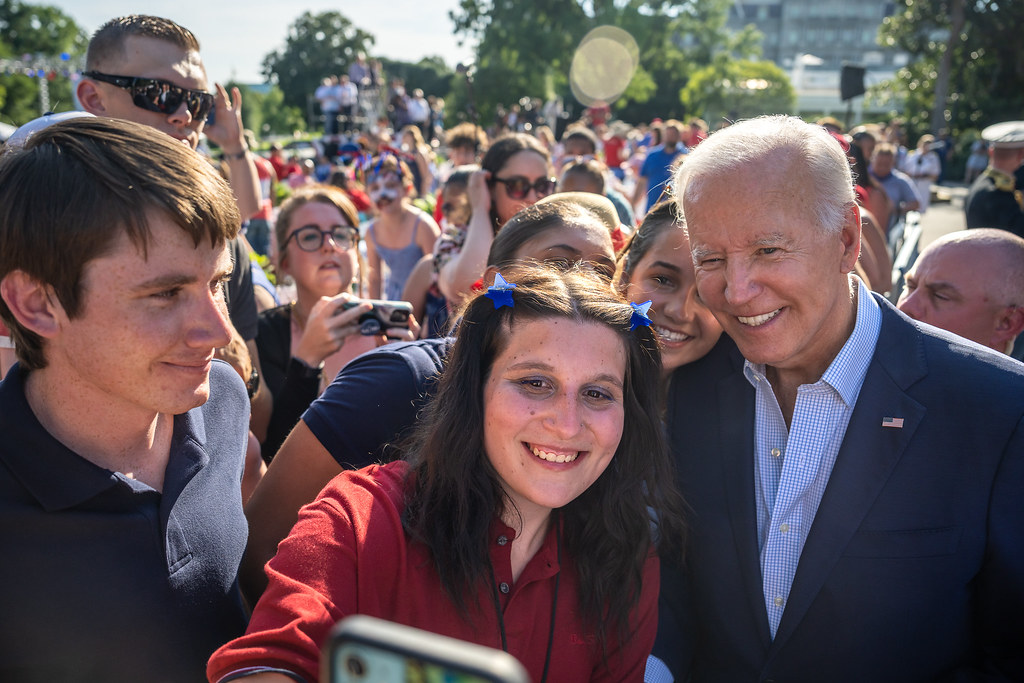 “U.S. consumer-price inflation showed signs of moderating in August for the second straight month, though the decrease was uneven across sectors and it remains unclear whether the slowdown will continue,” the Wall Street Journal reports.

“An aggressive push by Republicans to pass hard-line antiabortion measures is faltering in some state legislatures and on Capitol Hill, the latest indication that many Americans are balking at extreme restrictions being imposed since the fall of Roe v. Wade,” the Washington Post reports.

“In South Carolina, Republicans failed to pass a near-total abortion ban during an extended legislative session Thursday night, unable to agree on whether to include exceptions for rape and incest. In West Virginia, a recent special session over similar legislation ended in gridlock.”

“At the same time, efforts to advance a strict nationwide ban in Congress have quietly fizzled.”

Ginni Thomas has reportedly been found to have ties to more than half the anti-abortion groups that lobbied the U.S. Supreme Court — and her husband, Justice Clarence Thomas — before they overturned the landmark abortion ruling in Roe v. Wade, The Guardian reports.

Jonathan Bernstein: “The process of confirming judges and executive branch officials has been dysfunctional for some time, and it’s getting worse. Republicans are largely to blame for a situation that has left hundreds of senior government roles vacant. But Senate Majority Leader Chuck Schumer and the Democrats have failed to do what they can to make things better.”

“By the end of this week, Joe Biden will have been president for 600 days. During that time, the Senate has confirmed 442 of his nominees for key jobs in the top echelons of government and 78 federal judges, or well under one per day. The problem? There are an additional 140 executive branch nominations and 62 judicial nominations either before the Senate or on their way there. That’s 202 pending nominations, and there are only about 120 days remaining until the 118th Congress is sworn in on Jan. 3.”

“Police arrested Ashley Banks on May 25 with an unregistered gun and a small amount of marijuana,” AL.com reports.

“Under normal circumstances, the 23-year-old from Gadsden would have been able to post bond and leave jail until her criminal trial. But Banks admitted to smoking pot on the same day she found out she was pregnant – two days before her arrest. In Etowah County, that meant she couldn’t leave jail unless she entered drug rehab, leaving her in limbo for three months.”

“She’s not the only one, according to attorneys involved in her case. Several pregnant women and new moms accused of exposing their fetuses to drugs have been held for weeks or months inside the Etowah County Detention Center under special bond conditions that require rehab and $10,000 cash.”

“In Orange County, California, where the typical house sells for $1 million, Rep. Katie Porter’s (D-CA) four-bedroom, three-bath residence in a leafy subdivision on the University of California Irvine campus is a bargain,” the AP reports.

“The progressive Democrat and law professor, who has lamented the cost of housing in her district, purchased it in 2011 for $523,000, a below-market price secured through a program the university uses to lure academics who couldn’t otherwise afford to live in the affluent area. The only eligibility requirement was that she continue working for the school.”

“For Porter, this version of subsidized housing has outlasted her time in the classroom, extending nearly four years after she took unpaid leave from her $258,000-a-year teaching job to serve in the U.S. House.”

“Flood maps used by the Federal Emergency Management Agency are out of date and understate the risks to homes and businesses from flooding and extreme rain triggered by climate change,” Bloomberg reports.

New York Gov. Kathy Hochul (D) declared a state disaster emergency over polio after an unvaccinated individual tested positive for the virus and officials have detected samples of polio in the city’s wastewater, Axios reports.

The Supreme Court will finally reopen oral arguments to the public this fall after closing its doors during the pandemic, CNN reports.

On the night of the 2018 midterm elections, as a wave of anti-Trump sentiment swept Democrats to take control of the House, Mitt Romney urged Joe Biden to run for president, according to a new book, The Guardian reports.

Said Romney: “You have to run.”

“Romney’s exhortation to a man then seen as a likely challenger to Donald Trump in 2020 will probably further enrage the former president, his supporters and the Republican party they dominate.”

“He’ll be the worst speaker and he won’t last because he’s going to be led around by insurrectionists.” — Rep. Adam Kinzinger (R-IL), talking to the Wall Street Journal about Rep. Kevin McCarthy (R-CA).

Rep. Louie Gohmert (R-TX) met with a Capitol rioter after her release from federal prison and gave her a flag that once flew over the Capitol as a gift.   Gohmert falsely called the woman a “political prisoner.”

South Dakota Gov. Kristi Noem (R) “asked a state ethics board to dismiss a complaint against her without a public hearing and to seal off certain records, documents released Friday by the state’s Government Accountability Board show,” the AP reports.

Steve Bannon said being placed in handcuffs and indicted on Thursday was “one of the best days of my life.”

Said Bannon: “It was a very powerful, spiritual day for me. A lot of things came into high clarity. I was totally in the zone, as you say in sports, the entire time. They’re not gonna shut me up.”

“Former Kansas Secretary of State Kris Kobach, the Republican candidate for state attorney general, resigned Friday from the board of directors of We Build the Wall after the nonprofit organization was indicted on allegations of money laundering, conspiracy and fraud,” the Kansas City Star reports.

“New York state prosecutors unsealed an indictment against former Trump adviser Steve Bannon on Thursday, alleging he defrauded donors to We Build the Wall, which fundraised to construct privately funded strips of wall along the southern border. We Build the Wall was also indicted and accused of the same crimes.”

“In June 2020, less than five months before polling day, Donald Trump agreed to a “coup d’état” to remove his son-in-law Jared Kushner from control of his presidential re-election campaign and replace him with the far-right provocateur Steve Bannon,” The Guardian reports.

“The coup had support from Donald Trump Jr but according to a new book by the former Trump aide Peter Navarro it did not work, after Trump refused to give Kushner the bad news himself.”

Writes Navarro: “And that was that. And the rest is a catastrophic strategic failure history.”

“A key decision over whether Donald Trump’s social media platform Truth Social will merge with a cash-rich company and get $1.3 billion to take on Twitter has been put off for another month,” the AP reports.

“The potential partner, Digital World Acquisition Corp., on Thursday postponed a shareholder vote to extend by a year a deadline to close its merger with Trump’s company and release funds to pay its bills. At least 65% of shareholders need to approve the extension, a threshold not reached in tallies earlier in the day.”