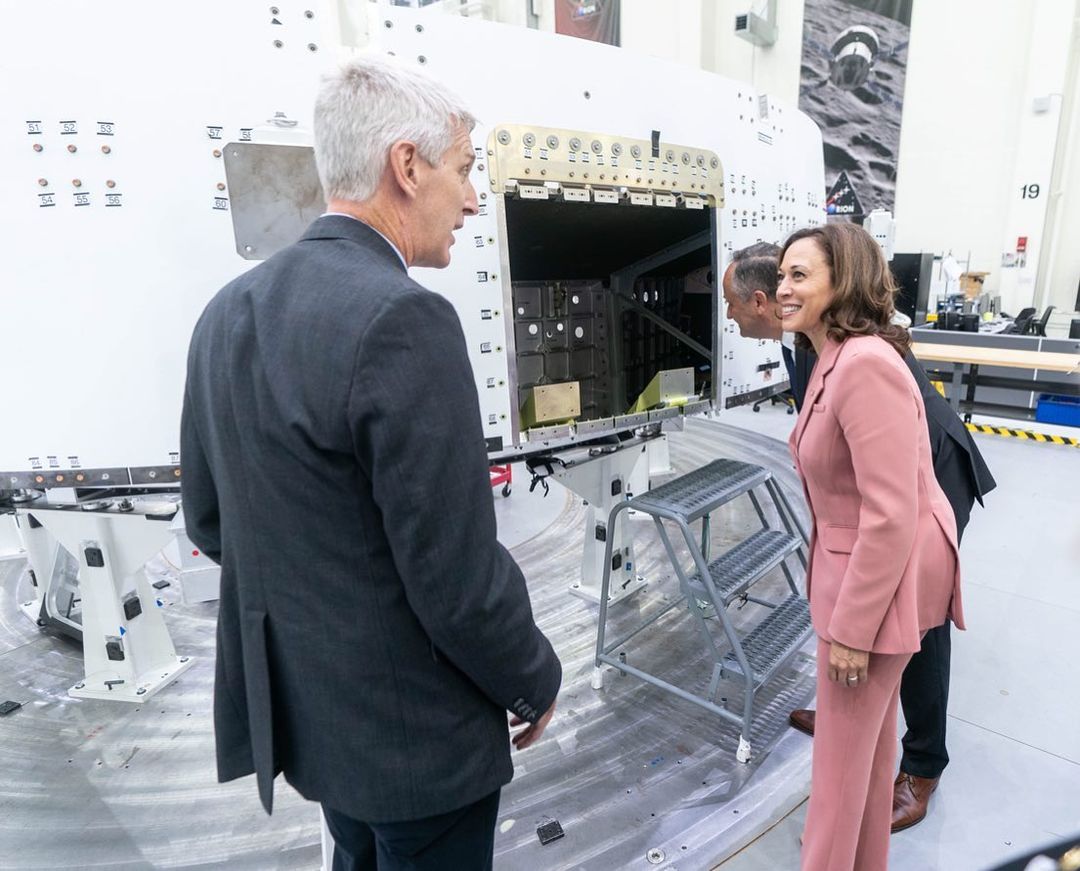 “Americans are remembering 9/11 with moments of silence, readings of victims’ names, volunteer work and other tributes 21 years after the deadliest terror attack on U.S. soil,” the AP reports.

“Victims’ relatives and dignitaries will convene Sunday at the places where hijacked jets crashed on Sept. 11, 2001 — the World Trade Center in New York, the Pentagon and a field in Pennsylvania.”

“Other communities around the country are marking the day with candlelight vigils, interfaith services and other commemorations. Some Americans are joining in volunteer projects on a day that is federally recognized as both Patriot Day and a National Day of Service and Remembrance.”

“The stunning rout of Russian forces by Ukraine’s flash counteroffensive in the Kharkiv region does not, on its own, signal a decisive shift in the war to Ukraine’s advantage,” the Washington Post reports.

“Russia still occupies extensive Ukrainian territory, including the cities of Mariupol, Melitopol and Kherson, and Russian troops still control Putin’s coveted “land bridge” to Crimea, which Russia annexed illegally in 2014. And on Saturday afternoon, Russia immediately began to pummel the reclaimed territories with a fierce barrage of high-powered missiles.”

New York Times: “Senior Ukrainian officials stepped up intelligence sharing with their American counterparts over the summer as they began to plan the counteroffensive that allowed them to make dramatic gains in the northeast in recent days, a shift that allowed the United States to provide better and more relevant information about Russian weaknesses, according to American officials.”

“Ukrainian forces have scored the most significant battlefield gains since they routed Russia from the area around Kyiv in April by reclaiming territory in the northeast,” the New York Times reports.

Wall Street Journal: “Members of the House committee investigating the Jan. 6, 2021, storming of the Capitol are returning to work to plan a new round of televised hearings expected later this month, hoping to recapture the public’s attention after Congress’s August break.”

“One focus of the hearings is likely to be the concerns among cabinet officials about then-President Donald Trump’s actions during and after the riot by his supporters, including any discussions about possibly using the Constitution’s 25th Amendment to try to remove him from power. Under the amendment, a majority of the cabinet, with the vice president, can temporarily unseat the president if they find him unable to discharge his duties.”

“Brian Jack, the final White House political director under Mr. Trump, and Stephen Miller, Mr. Trump’s top speechwriter and a senior policy adviser, were among more than a dozen people connected to the former president to receive subpoenas from a federal grand jury this week.”

“The Justice Department and Donald Trump’s lawyers have not agreed on a list of potential legal experts to review materials the FBI seized from the former president’s Florida residence, according to a Friday night court filing, and also disagree about which of the documents such a person should review,” the Washington Post reports.

“The dispute now seems to be up to Judge Aileen Cannon to resolve, with each side proposing two people as possible special masters to examine the material confiscated by agents in the Aug. 8 search of Mar-a-Lago.”

“Over six years and nine major investigations by Congress, the Justice Department and local prosecutors, as Mr. Trump has managed to avoid removal from the presidency and indictment, it has become clear that serving as one of his lawyers is a remarkably risky job — and one that can involve considerable legal exposure. Time after time, his attorneys have been asked to testify as witnesses to potential crimes — or evaluated as possible criminal conspirators themselves.”

“While the consequences his lawyers faced were extraordinary when Mr. Trump was in the White House, the dangers have only intensified since he left office and have become increasingly acute in recent weeks, as the former president has come under scrutiny in two different Justice Department investigations and has been forced yet again to find lawyers willing to represent him.”

Susan Glasser: “Outrage has steadily lost its power in American politics throughout the past few years. Among Donald Trump’s many political weapons, his ability to brazen his way through scandals that would derail other politicians has long been perhaps his strongest asset. His signature move is to displace talk of one mind-blowing violation by committing yet another mind-blowing violation—a habit that has now produced numerous investigations of him and once again led the former President to dominate our daily discourse. It’s easy to forget about the last controversy because, with Trump, you’re always onto the next one.”

“Even now, nearly two years after he left office, this familiar debilitating dynamic applies. There are currently multiple serious, ongoing inquiries into Trump and his associated entities, ranging from investigations of the former President’s business to his role in fomenting the January 6th insurrection at the Capitol. Trump has so many legal problems that he is employing no fewer than nineteen lawyers to represent him, Politico found—a full law firm’s worth of legal D-listers. There’s the Georgia probe into his efforts to pressure state election officials not to certify Joe Biden’s victory, and, as last month’s F.B.I. search of Mar-a-Lago made public so dramatically, a Justice Department criminal investigation of his refusal to turn over reams of classified information after he left the White House. Which one to focus on?”

“Public records at the time show that Burr abruptly liquidated more than half of his and his wife’s equity holdings in February of 2020, when most of the world had yet to focus on the looming coronavirus crisis.”

“Burr was ultimately not charged with breaking any laws, but the newly released records show FBI agents believed Burr had committed insider trading and securities fraud.”

CNN: Burr avoided tens of thousands in losses with “well-timed” stock sales in beginning of pandemic.

“A new nuclear deal between Iran and world powers is off the table and will not be signed in the foreseeable future,” the Times of Israel reports.  “This is the message that was conveyed to Prime Minister Yair Lapid in his recent conversations with US President Joe Biden and other administration officials.”

“Hillary Clinton decided to start wearing the pantsuits that became her political trademark after ‘suggestive’ photos taken of her during a visit to Brazil were used in a lingerie ad in the mid-1990s,” The Guardian reports.

“A photo of Clinton showed a glimpse of her underwear while seated. The Brazilian lingerie company DuLoren deployed the image in an ad containing the words: ‘A tribute to one of the most important women of the decade.’”

Said Lawrence: “I’ve tried to get over it and I really can’t. I can’t. I’m sorry I’m just unleashing, but I can’t fuck with people who aren’t political anymore. You live in the United States of America. You have to be political. It’s too dire. Politics are killing people.”

“As part of its push to encourage vaccine-weary Americans to get the updated Covid shot, the White House put forth a new selling point Tuesday: to view it as a first annual shot, akin to the annual flu shot,” Stat News reports.

“Five House Democrats in battleground districts have spent at least five figures from their office accounts on Facebook ads over the last week,” Politico reports.

“The spending comes from each office’s ‘franking’ budget, which each House office receives for communication with constituents. The five members who spent at least $10,000 — Democratic Reps. Matt Cartwright, Josh Gottheimer, Andy Kim, Dina Titus and Henry Cuellar — are all in at least nominally competitive districts, and are the only members to crack five figures in that same time period.”

“The challenge to a peaceful transfer of power after President Donald Trump lost the 2020 election has worsened ‘an extremely adverse environment’ for the U.S. military, according to an open letter signed by several top generals and former defense secretaries,” the New York Times reports.

“The letter does not mention Mr. Trump by name. But in 16 points on the principles that are supposed to define civil-military relations, the signatories issued a thinly veiled indictment of Mr. Trump and the legions of his followers who called on the military to support his false claim that the election was stolen from him.”

“Two former defense secretaries who served under Mr. Trump, Jim Mattis and Mark T. Esper, were among those who signed the letter.”

Vice President Kamala Harris told The Nation that she had never eaten a grape until she was an adult because she would “never cross a picket line.”

Said Harris: “This sounds quaint, and so I’m reluctant to say it, but, you know, I didn’t eat a grape until I was in my 20s. Like, literally, had never had a grape. I remember the first time I had a grape, I went, ‘Wow! This is quite tasty.’ It was absolutely ingrained so deeply in me: Never cross a picket line.”

Not surprisingly, the New York Post is trying to turn the story into “grape-gate” by questioning her dates.