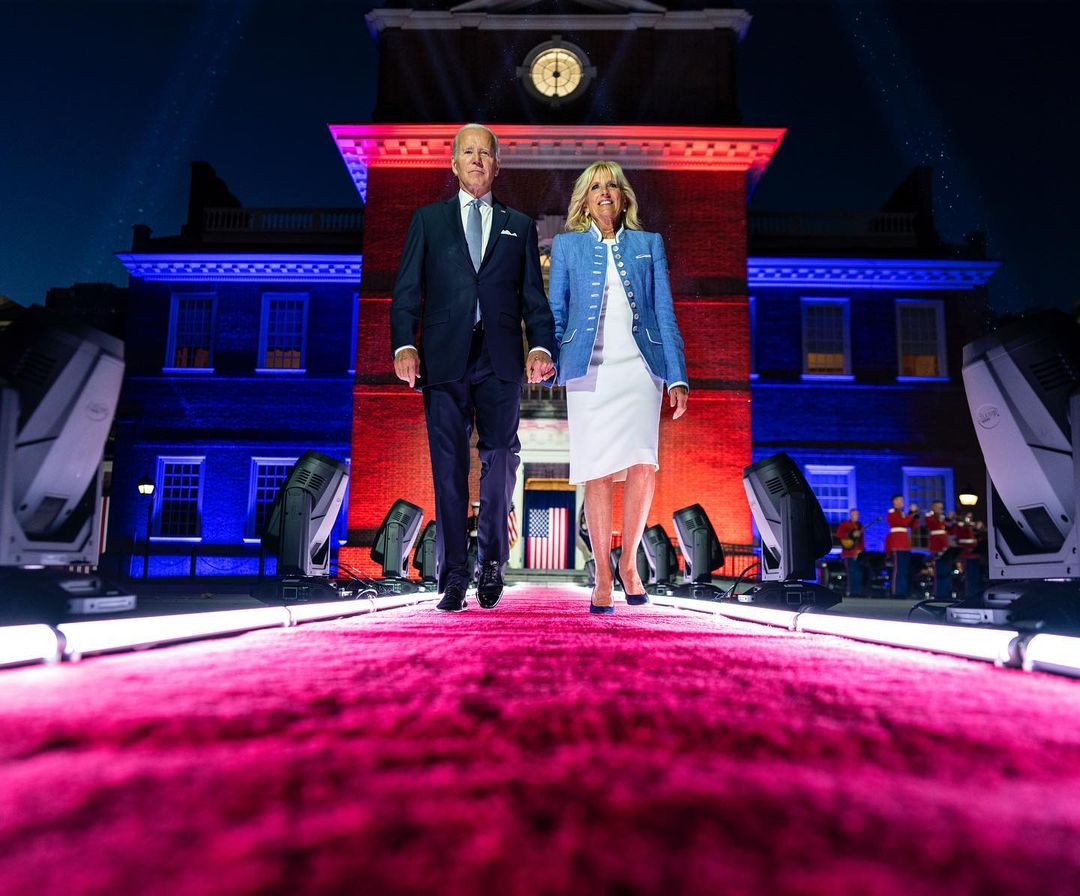 Politico: “As Democrats return for the pre-midterm sprint after a successful summer, one of the party’s biggest goals is not to mess up the positive shift in political momentum. Congress needs to handle a couple other must-pass issues — and Democrats may not do much else besides confirm judges.“

“Senate Majority Leader Chuck Schumer is committed to a vote at some point on the marriage equality bill, but has been circumspect about the timing. He said in August ‘we will have a vote on it. Not giving you a timetable,’ and emphasized the impending confirmation of Circuit Court judges.”

“A federal judge’s extraordinary decision on Monday to interject in the criminal investigation into former President Donald J. Trump’s hoarding of sensitive government documents at his Florida residence showed unusual solicitude to him,” the New York Times reports.

“This was ‘an unprecedented intervention by a federal district judge into the middle of an ongoing federal criminal and national security investigation,” said Stephen Vladeck, a law professor at University of Texas.”

A DOJ spokesperson didn’t say what prosecutors’ next move will be, only that the DOJ would be “examining the opinion and will consider appropriate next steps.”

Legal experts tore into Cannon’s order, including one lawyer who said the judge “basically did Trump’s lawyers’ work for them.”

Charlie Savage at The New York Times on Trump appointee Judge Aileen Cannon handing down an “extraordinary decision” in the case regarding Donald Trump’s handling of government documents:

A federal judge’s extraordinary decision on Monday to interject in the criminal investigation into former President Donald J. Trump’s hoarding of sensitive government documents at his Florida residence showed unusual solicitude to him, legal specialists said.

This was “an unprecedented intervention by a federal district judge into the middle of an ongoing federal criminal and national security investigation,” said Stephen I. Vladeck, a law professor at University of Texas. […]

Paul Rosenzweig, a former homeland security official in the George W. Bush administration and prosecutor in the independent counsel investigation of Bill Clinton, said it was egregious to block the Justice Department from steps like asking witnesses about government files, many marked as classified, that agents had already reviewed.

“This would seem to me to be a genuinely unprecedented decision by a judge,” Mr. Rosenzweig said. “Enjoining the ongoing criminal investigation is simply untenable.”

More reactions: “To any lawyer with serious federal criminal court experience who is being honest, this ruling is laughably bad, and the written justification is even flimsier,” Duke University law professor Samuel Buell tells the Times. “Donald Trump is getting something no one else ever gets in federal court, he’s getting it for no good reason, and it will not in the slightest reduce the ongoing howls that he is being persecuted, when he is being privileged.”

Associated Press: “Republican National Committee Chair Ronna McDaniel acknowledged that the GOP must sharpen its message on abortion given the Democrats’ apparent momentum.” Said McDaniel: “We can’t allow them to control the narrative.”

“She emphasized Republican leaders’ record of supporting exceptions for abortion in cases of rape, incest and the life of the mother, sidestepping questions about candidates like Mastriano, Georgia Senate nominee Herschel Walker and Florida Sen. Marco Rubio, who oppose such exceptions.”

“The blank-check acquisition firm that agreed to merge with Donald Trump’s social media company failed to secure enough shareholder support for a one-year extension to complete the deal,“ Reuters reports.

“Russia is buying millions of artillery shells and rockets from North Korea, according to newly declassified American intelligence, a sign that global sanctions have severely restricted its supply chains and forced Moscow to turn to pariah states for military supplies,” the New York Times reports.

“The disclosure comes days after Russia received initial shipments of Iranian-made drones, some of which American officials said had mechanical problems. U.S. government officials said Russia’s decision to turn to Iran, and now North Korea, was a sign that sanctions and export controls imposed by the United States and Europe were hurting Moscow’s ability to obtain supplies for its army.”

Max Boot at The Washington Post reflects on President Biden’s recent speech regarding the attack on our democracy and his focus on MAGA Republicans:

Whatever figure you use for MAGA Republicans, it’s clear that they account for tens of millions of voters and pose a major threat to our democracy. But there are also millions of Republicans and Republican-leaning independents who aren’t hardcore Trumpkins and who are up for grabs. This includes “Never Trump” former Republicans like me. In elections that are likely to be decided at the margins, in a handful of swing states or competitive districts, relatively small shifts in sentiment can produce a political earthquake.”

David Frum at The Atlantic argues the speech hit its target perfectly: “Biden came to Philadelphia to deliver a wound to Trump’s boundless yet fragile ego. Trump obliged with a monstrously self-involved meltdown 48 hours later. And now his party has nowhere to hide. Trump has overwritten his name on every Republican line of every ballot in 2022.

Biden dangled the bait. Trump took it—and put his whole party on the hook with him. Republican leaders are left with little choice but to pretend to like it.”

Paul Krugman looks at the positive effect of Biden’s policies on the economy and their effect on wages, even in an inflationary environment:

“So, yes, the Biden boom has been good for workers. More Americans — a lot more Americans — got jobs, and while those who were already employed suffered a decline in real wages, that decline reflected events in global food and energy markets, not U.S. policy.

“It is the element of President Biden’s foreign policy that overlaps most significantly with his domestic agenda: defending democracy,” the New York Times reports.

“His drive to buttress democracy at home and abroad has taken on more urgency as Russia wages war in Ukraine, China expands its power and former President Donald Trump and his Republican supporters attack American democratic norms and fair elections.”

Financial Times: Biden was right to ring the alarm for democracy.

Financial Times: “Liz Truss may have inherited an 80-seat House of Commons majority from Boris Johnson, but Britain’s incoming prime minister is facing a restive parliamentary party that may not be wholly behind her new agenda.”

“One of the first major challenges for Truss will be to shore up her position among the party’s 357 MPs, a majority of whom did not support her leadership bid.”

Jonathan Pie: “So Liz Truss will be Britain’s next prime minister — the nation’s fourth in seven years. And she’s inheriting a nation falling apart at the seams.”

“Germany will keep two of its three remaining nuclear power plants operational as an emergency reserve for its electricity supply, delaying the country’s plans to become the first industrial power to go nuclear-free for its energy,” the New York Times reports.

“The latest decision is aimed at giving the government more room to cushion the blow of a deepening energy crisis spurred by Russia’s invasion of Ukraine, to which the European Union has responded with a string of sanctions against Moscow. Soaring energy costs have thrown the bloc into an economic tailspin — especially Germany, Europe’s largest economy.”

“Leonard Francis, the former military contractor known as ‘Fat Leonard’ who orchestrated the largest corruption scandal in US Navy history, is on the run after escaping house arrest in San Diego by cutting off his GPS monitoring ankle bracelet,” CNN reports.

“The escape comes just three weeks before his sentencing.”

“A Republican county official in Georgia escorted two operatives working with an attorney for former President Donald Trump into the county’s election offices on the same day a voting system there was breached, newly obtained video shows,” CNN reports.

“The breach is now under investigation by the Georgia Bureau of Investigation and is of interest to the Fulton County District Attorney, who is conducting a wider criminal probe of interference in the 2020 election.”