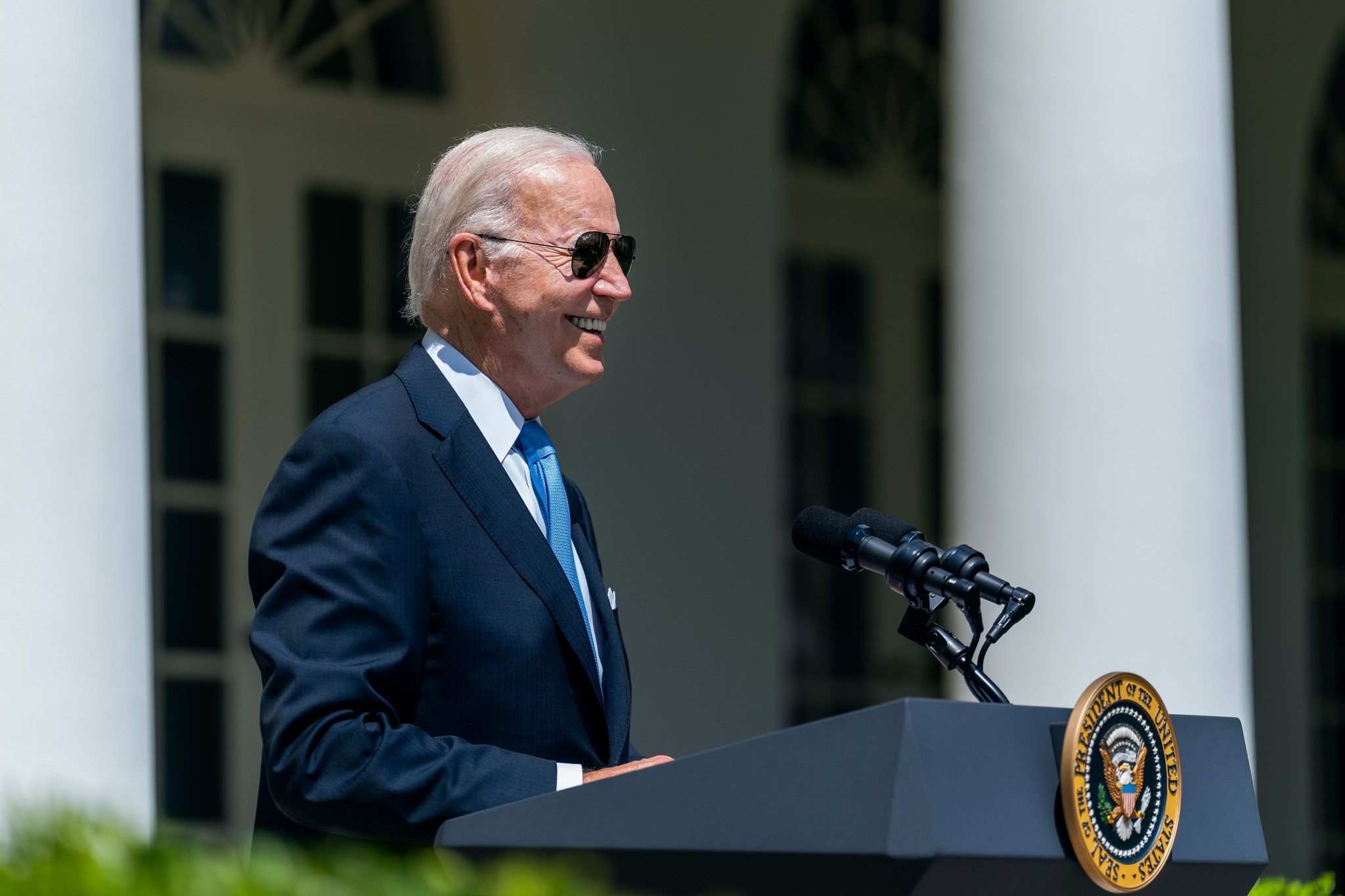 A new Wall Street Journal poll suggests that Democrats “have a fresh opportunity to entice swing voters by pitching the components of the Inflation Reduction Act, which Mr. Biden signed into law in mid-August and plans to tout throughout the fall.”

“Democrats in key races around the country are making an aggressive push for older voters, a key bloc in lower-turnout midterm elections, citing both their own work to lower prescription drug costs and hammering the GOP for suggesting changes to Social Security,” the HuffPost reports.

“The push, if successful, will be a key part of Democrats’ ongoing electoral comeback, providing an example of both how the party in power’s congressional successes and the GOP’s ideological excesses have altered the political narrative ahead of November.”

“The possibility of a great red wave still looms,” the AP reports.

“But as the 2022 midterm elections enter their final two-month sprint, leading Republicans concede that their party’s advantage may be slipping even as Democrats confront their president’s weak standing, deep voter pessimism and the weight of history this fall.”

“The political landscape, while still in flux, follows a string of President Joe Biden’s legislative victories on climate, health care and gun violence, just as Donald Trump’s hand-picked candidates in electoral battlegrounds like Arizona, Georgia, Ohio and Pennsylvania struggle to broaden their appeal. But nothing has undermined the GOP’s momentum more than the Supreme Court’s stunning decision in June to end abortion protections, which triggered a swift backlash even in the reddest of red states.”

Aaron Zitner, polling director for the Wall Street Journal: “In a word: Abortion. Voters are still very pessimistic about the economy and inflation—even a bit more than in our prior survey, in March. But since then, abortion has emerged as an important issue in motivating the votes of many people, including women in political swing groups.”

“Women who are independents, for example, shifted 20 percentage points in the Democrats’ direction, and Hispanic women moved by 15 points.”

“For two decades, midterm elections have served as a vehicle for voter discontent, a chance for Americans to punish the president, shake up a statehouse and express their anger with the party in power by costing them congressional seats and governor’s mansions,” the New York Times reports,

“This year, though, the dissatisfaction has intensified and become something like a national anxiety disorder.”

“With the pandemic receding, voters have been whipsawed by economic uncertainty, public safety concerns, lingering public health threats and shortages of everything from used cars to baby formula to teachers. The political upheaval around abortion rights, devastating gun violence, the F.B.I. investigation into former President Donald J. Trump and his continued lies about the 2020 election have heightened the sense that the country’s political system is deeply dysfunctional, if not headed toward collapse.”

“Now, as the midterm contests enter the final campaign stretch after Labor Day, the election is shaping up to be a referendum on which party is more to blame for a country that has decidedly not returned to normal.”

Rep.-elect Mary Peltola’s (D-AK) first television ad of the general election is all about the Supreme Court’s repeal of Roe v. Wade, framed in libertarian language about “personal privacy rights” and government intrusion.  Said Peltola: “Six Supreme Court justices took away one of Alaska’s most fundamental freedoms. Our right to choose.”

“A proudly unvarnished politician who has claimed that he was ‘Donald Trump before Donald Trump,’ LePage caused his most notable uproar in 2016, midway through his second term, with a series of comments about race and drug dealing.”

“Gov. Gretchen Whitmer’s campaign held 26 fundraisers in 35 days, has 49 people on its payroll and $14 million in the bank as of Aug. 22. Republican nominee Tudor Dixon’s is reporting two paid staff, held no fundraisers and has about $524,000 in cash as of late August,” MLive reports.

“For ever dollar Dixon had to spend at the end of the last filing period, Whitmer had nearly $27.”

Tom Bonier: “In my 28 years analyzing elections, I’ve never seen anything like what’s happened in the past two months in American politics: Women are registering to vote in numbers I’ve never witnessed. I’ve run out of superlatives to describe how different this moment is, especially in light of the cycles of tragedy and eventual resignation of recent years. This is a moment to throw old political assumptions out the window and to consider that Democrats could buck historic trends this cycle…”

“With over two months until Election Day, uncertainty abounds. Election prognostication relies heavily on past precedent. Yet there is no precedent for an election centered around the removal of a constitutional right affirmed a half-century before. Every poll we consume over the closing weeks of this election will rely on a likely voter model for which we have no benchmark.”

“The Aug. 2 election in Kansas was the highest-turnout primary election in state history, Kansas Secretary of State Scott Schwab’s Office said Thursday as top officials met to formally certify the results, including the defeat of an amendment to remove abortion rights from the state constitution,” the Kansas City Star reports.

“The unprecedented turnout in the Aug. 2 primary election was driven by extraordinary voter interest in the amendment, called Value Them Both by supporters, which would have overturned a 2019 Kansas Supreme Court decision that found the state constitution protects abortion access.”

“The Republican Party nominee for Michigan secretary of state, who has been endorsed by former President Donald Trump, several years ago threatened to kill herself and her two daughters in response to her husband’s request for a divorce, her now-ex-husband alleged in a court filing published Friday,” NBC News reports.

“The allegations against Kristina Karamo, which she denied in a statement late Friday afternoon, came to light two months before the election for secretary of state, the top election official of Michigan.”