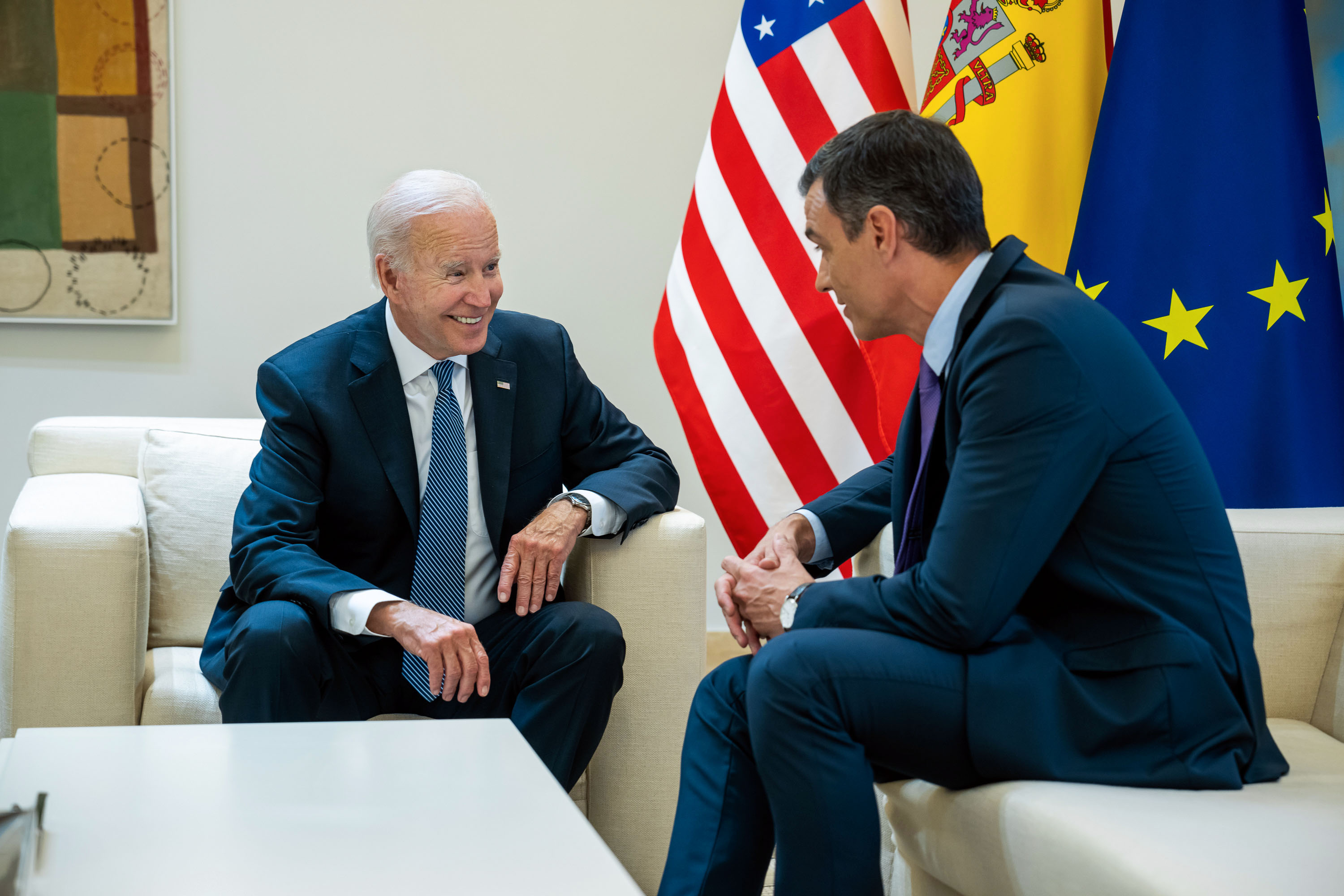 “A federal judge on Monday accepted former President Trump’s bid for a special master to review evidence seized by the FBI in the search at his Mar-a-Lago residence last month,” Axios reports.

She also”temporarily enjoins the government from reviewing and using the seized materials for investigative purposes pending completion of the special master’s review or further Court order.”

CNBC: “The judge, who was appointed by Trump, in her ruling nodded at the fact that the Aug. 8 raid on Trump’s Mar-a-Lago club in Palm Beach was the first time that law enforcement authorities had ever searched the residence of a former president as part of a criminal probe of that person.”

Josh Marshall: “I don’t think we should be too concerned about President Trump convincing a judge to appoint a Special Master to evaluate the documents seized from his villa in Florida. Mostly this is simply a delay – a boon for the former President but not a huge one. The Special Master will review the documents for attorney-client privilege documents which the DOJ has already done. There’s no reason to believe the results will be any different.

The only justification for any of this, and the one the judged leaned on, is that the case is so extraordinary and closely watched that it makes sense to go the extra length to assure the public that everything is being handled with the greatest fairness and transparency possible. Eh. I think Trump’s beyond that benefit of the doubt. And even that thin reed really only applies to attorney client privilege which is at least in theory in question here.”

“As the midterm elections near, top Justice Department officials are weighing whether to temporarily scale back work in criminal investigations involving former President Donald Trump because of an unwritten rule forbidding overt actions that could improperly influence the vote,” the New York Times reports.

“Under what is known as the 60-day rule, the department has traditionally avoided taking any steps in the run-up to an election that could affect how people vote, out of caution that such moves could be interpreted as abusing its power to manipulate American democracy.”

However: “Despite its name, the 60-day rule is a general principle rather than a written law or regulation. Its breadth and limits are undefined. The Justice Department has some formal policies and guidelines that relate to the norm, but they offer little clarity to how it should apply to the present situation.”

Last I checked Donald Trump is not a candidate in the upcoming election in 2022.

“President Biden’s plan to cancel student debt and modify payments for millions of Americans could cost as much as $1 trillion, according to budget analysts, challenging the administration’s efforts to scale down the federal deficit,” the Wall Street Journal reports.

Jed Shugerman: “The Biden administration’s recently announced plan to reduce student debt for borrowers who earn less than $125,000 is popular, according to recent polls.”

“Unfortunately, the plan has a major legal flaw: The administration’s arguments for its executive power to make such a broad effort under federal law will likely lose—and should lose—in the courts. The good news, for President Joe Biden and for borrowers, is that the administration has time to change those arguments.”

Liz Truss will be the new UK prime minister after defeating Rishi Sunak in the Tory leadership contest, the BBC reports.

Washington Post: “She wasn’t the top choice of Conservative Party lawmakers, and a majority of Brits tell pollsters she will be a ‘poor’ or ‘terrible’ prime minister, but Truss was the favorite among the Tory activists who selected the leader of their party and Britain in a vote announced Monday.”

New York Times: “Double-digit inflation, a looming recession, labor unrest, soaring household energy bills and possible fuel shortages this winter — all will confront Ms. Truss as she moves into 10 Downing Street. She also must repair a party deeply divided after Mr. Johnson’s turbulent three-year tenure, which peaked in 2019 with a landslide general election victory but descended into unrelenting scandals after that.”

“The British pound slid to its lowest level against the U.S. dollar since 1985, a reflection of the U.K.’s dire economic situation,” the Wall Street Journal reports. “Investors are braced for sterling to weaken even further to a nadir not seen in more than two centuries of trading across the Atlantic.”

Donald Trump praised Russian President Vladimir Putin and Chinese President Xi Jinping during a rally in Pennsylvania. Said Trump: “I’ve got to know a lot of the foreign leaders, and let me tell you, unlike our leader, they’re at the top of their game.” He added about Xi: “He rules with an iron fist, 1.5 billion people, yeah I’d say he’s smart. Wouldn’t you say he’s smart?” He described Putin as “fierce” and “smart.”

He added: “By the way, he takes them himself.”

Former Rep. Charlie Dent (R-PA) said Donald Trump’s speech at a rally on Saturday night in the Keystone state was a “major gift” for Democrats, The Hill reports.

Said Dent: “Most Republican candidates don’t want anything to do with Donald Trump in this general election. They want this to be about Joe Biden and the Democrats, but to the extent Trump inserts himself into this conversation, he’s giving the Democrats a major gift right now.”

David Frum: Trump puts himself on the ballot again.

“While the speech was billed as a rally to help Pennsylvania’s top GOP candidates, Mehmet Oz, for Senate, and State Sen. Doug Mastriano, for governor, Trump spent most of his two-hour address airing his old personal grievances, and some new ones,” the Philadelphia Inquirer reports.

“He briefly mentioned Oz and Mastriano, before immediately pivoting to his anger at Biden, and the recent FBI search of his Mar-a-Lago home as they tried to recover classified documents. He called it an ‘evil and demented persecution of you and me.’ It took about 80 minutes for Trump to return to the GOP candidates on the ballot this year.”

Financial Times: “Moscow’s invasion of Ukraine unleashed an unprecedented cyber war, with legions of hackers on both sides. Dozens of government-sponsored groups took advantage of the tumult to target their opponents, as did criminal gangs, hiding behind the noise to conduct ransomware heists.”

“Ukraine’s prewar IT industry, with 300,000 professionals working in cyber security or outsourced back offices, proved to be a crucial pool of talent in the world’s first large-scale cyber war.”

Related from the London Telegraph: “Russian army recruiters in St Petersburg have tried to persuade homeless men to sign up as soldiers to fight in Ukraine as they struggle to boost the military’s manpower.”

“Russia’s gas supplies to Europe via the Nord Stream 1 pipeline will not resume in full until the ‘collective west’ lifts sanctions against Moscow over its invasion of Ukraine,” the Financial Times reports.

“Energy rationing in Europe this winter is starting to look all but inevitable,” Bloomberg reports.

Barack Obama won the best narrator Emmy for his work on the Netflix documentary series, “Our Great National Parks,” the AP reports.

“Cold weather favors the coronavirus. But as summer gives way to fall, infectious-disease experts are guardedly optimistic that the spread of covid-19 this autumn and winter won’t be as brutal as in the previous two years of the pandemic,” the Washington Post reports.

Nature: Tens of thousands of people exposed to bat coronaviruses each year.

New York Times: “Elements on the right have for years been waging a quiet but concerted campaign to convene a gathering to consider changes to the Constitution. They hope to take advantage of a never-used aspect of Article V, which says in part that Congress, ‘on the application of the legislatures of two-thirds of the several states, shall call a convention for proposing amendments.’”

Throughout the nation’s history, 27 changes have been made to the Constitution by another grindingly arduous route, with amendments originating in Congress subject to ratification by the states?”

“With sharp partisanship making that path near impossible, backers of the convention idea now hope to harness the power of Republican-controlled state legislatures to petition Congress and force a convention they see as a way to strip away power from Washington and impose new fiscal restraints, at a minimum.”

“A central question involving the records former President Donald Trump stored at his Mar-a-Lago home is why he was keeping reams of government documents and classified material,” NBC News reports.

“The criminal investigation now underway has elicited few answers so far. A lawyer for Trump ‘offered no explanation as to why boxes of government records’ were being kept at the former president’s estate, the Department of Justice wrote in a court filing last week.  But Trump himself invoked something that advisers say rarely comes up: his library.”

However, as Axios reports, Trump was required to return all documents marked as classified as part of a grand jury subpoena issued in May, regardless of whether or not the former president believed he’d declassified the documents.

Rep. Michael McCaul (R-TX) told ABC News that while he personally would not take classified documents home with him, he insisted that a “different set of rules” applied to former President Donald Trump.

Said McCaul: “I know they were taken out of the White House while he was president. And whether or not he declassified those documents remains to be seen, he says he did, I don’t have all the facts there.”

South Carolina state Rep. Doug Gilliam (R) claimed that a 12-year old rape victim still “had choices” to get an abortion despite a new abortion ban, noting “the morning after pill was available… that’s available in Walmart.”  When asked, “If her dad rapes her and she’s carrying the child, who drives her to get the morning after pill?” Gilliam responded: “The ambulance.”

Sen. Lindsey Graham (R-SC) told CNBC that Donald Trump stands a “pretty good chance” of winning the 2024 U.S. presidential election in what he said could be one of the “greatest political comebacks in American history.”

Said Graham: “I’m literally telling you what I tell him. If you lose again, the history about who you are and what you did dramatically changes. If you come back, it will be one of the greatest political comebacks in American history. And if you get four more years, you can do big stuff.”

“OPEC and allied oil-producing countries, including Russia, made a small trim in their supplies to the global economy Monday, underlining their unhappiness as recession fears help drive down crude prices — along with the cost of gasoline, to drivers’ delight,” the AP reports. “The decision for October rolls back a mostly symbolic increase of 100,000 barrels per day in September. It follows a statement last month from Saudi Arabia’s energy minister that the OPEC+ coalition could reduce output at any time.”

“The U.S. ambassador to Russia, John Sullivan, has left his post and will retire,” Axios reports. “The news came as an abrupt surprise as Sullivan, who has served in the role since 2019, had given no prior public indication of planning to depart from his position.”