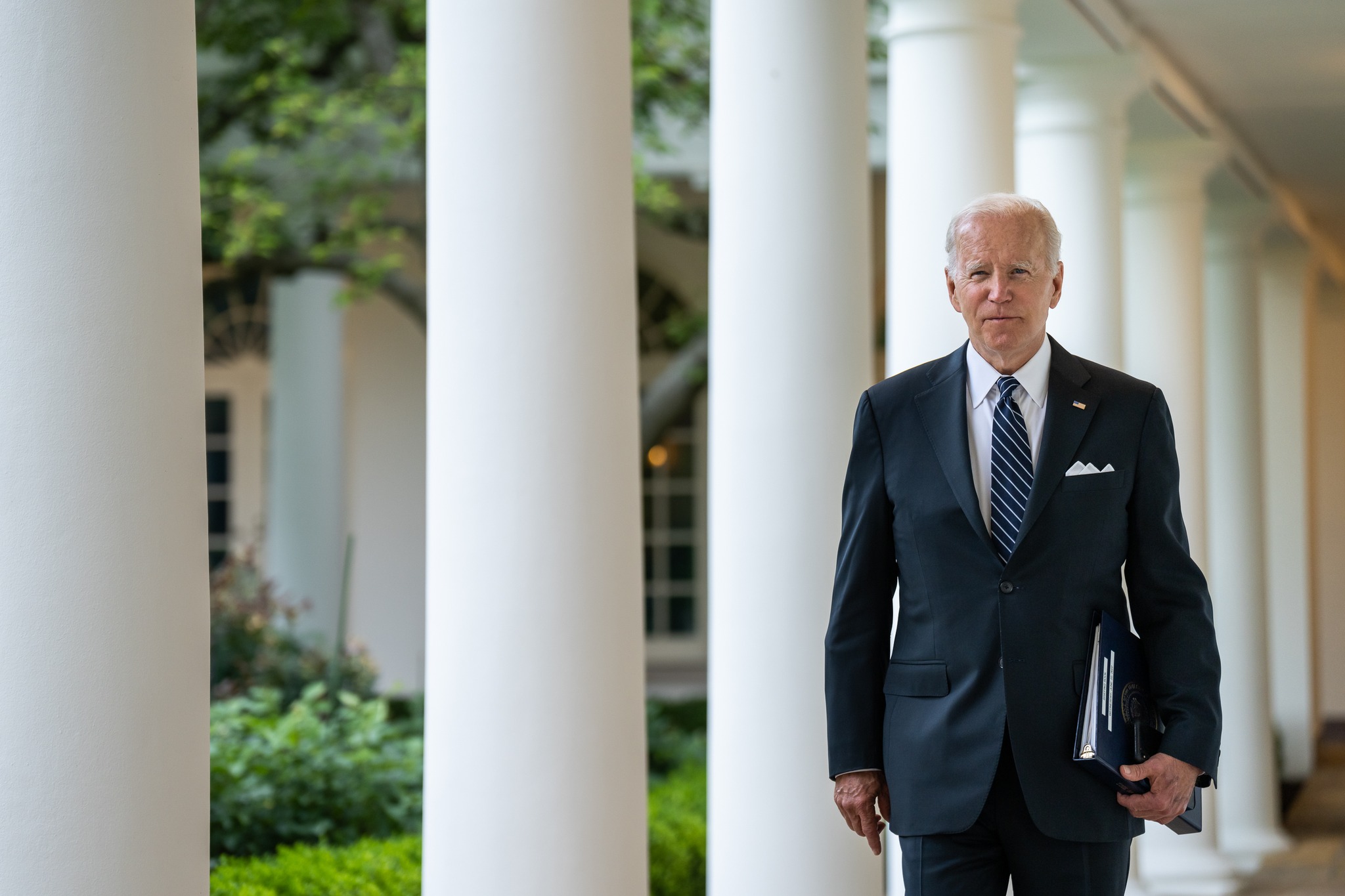 Playbook: “Months ago, with the economy in flux, his legislative agenda adrift and his approval ratings mired in the 30s, President Joe Biden was ill-positioned to break through with any compelling message to the American people — let alone an existential warning about the state of American democracy.”

“But Biden’s late-summer bounce has buoyed not only his poll numbers but also his credibility as he chose this week to launch a new broadside against his predecessor and his ‘MAGA Republican’ loyalists. Its centerpiece — his Thursday speech warning against the anti-democratic assault from former President Donald Trump and his core followers — was an election-season clarion call unlike anything in modern American history, Eugene, Sam Stein and Jonathan Lemire write this morning.”

“The speech was months in the making. Aides said Biden started planning a democracy-themed address in June, but events continued to get in the way of its delivery.”

Donald Trump called President Biden’s primetime speech this week the “most vicious, hateful, and divisive speech ever delivered by a president.”

New York Times: “By the end of July, the committee had collected a record $181.5 million — but had already spent more than 95 percent of what it had brought in. The Republican group entered August with just $23.2 million on hand, less than half of what the Senate Democratic committee had ahead of the final intense phase of the midterm elections.”

“Now top Republicans are beginning to ask: Where did all the money go?”

“The answer, chiefly, is that Mr. Scott’s enormous gamble on finding new online donors has been a costly financial flop in 2022… Today, the N.R.S.C. is raising less than before Mr. Scott’s digital splurge.”

Joe Conason: “As more and more evidence of the former president’s reckless and potentially criminal misconduct comes to light, he and his defenders keep pointing to ‘her emails.’ They insist that because the Justice Department declined prosecution of former Secretary of State Hillary Clinton after a long and thorough probe of how she handled allegedly classified information, there should be no investigation, let alone indictment or conviction of Trump.”

“But while we don’t yet know the extent or nature of Trump’s abuse of classified documents, we can determine how many were found by investigators, after exhaustive searches, among Clinton’s thousands of State Department emails.”

“The accurate and definitive answer is zero – although few if any news outlets have informed the public of that startling fact. Moreover, it is a fact that the Trump administration itself confirmed three years ago.”

New York Times: “Thousands of Russians on Saturday stood for several hours in snaking lines amid a heavy police presence to pay their respects to Mikhail Gorbachev, the last Soviet leader, who died on Tuesday.”

“Many Russians blame and revile Mr. Gorbachev for the breakup of the Soviet Union, but people of all ages, many of whom stood solemnly clutching flowers outside Moscow’s famed House of the Unions, said that they had come to thank him for something severely restricted today in Russia: freedom.”

Sen. Lindsey Graham (R-SC) defended suggesting there would be “riots in the streets” if former President Donald Trump was prosecuted for mishandling classified information, saying he condemned the violence seen during the Capitol riot last year, CNBC reports.

Said Graham: “What I tried to do was state the obvious.”

By stating your obvious, you are granting your permission for there to be violence. You are setting an expectation. You are thus welcoming it.

A new Wall Street Journal poll finds that the Supreme Court’s overturning of Roe v. Wade has made 83% of Democrats likelier to vote in November, compared to just 31% of Republicans.

The poll also shows support for legalizing abortion ticking up: Sixty percent of voters think the procedure should be legal most or all of the time (up from 55% in March), while just 6% want a complete ban without exceptions (down from 11%).

Former Attorney General William Barr dismissed former President Donald Trump’s call for an independent review of materials seized from his Florida home — and said an inventory of items recovered in the search last month seemed to support the Justice Department’s claim that it was needed to safeguard national security, the New York Times reports.

Said Barr: “It seems to me they were driven by concern about highly sensitive information being strewn all over a country club, and it was taking them almost two years to get it back.”

He added about Trump’s request for an independent review of the material: “I think it’s a crock of shit. I don’t think a special master is called for.”

Washington Post: “After a string of legislative and policy wins applauded especially by liberals, along with dropping gas prices and rising poll numbers, more Democrats are accepting that Biden will likely be the party’s standard-bearer for one more presidential election.”

“A leading super PAC that backs Senate Republicans says it will spend $23 million to buy TV time in the small but crucial battleground state of New Hampshire as the group targets Democratic Sen. Maggie Hassan in a key contest,” Fox News reports.