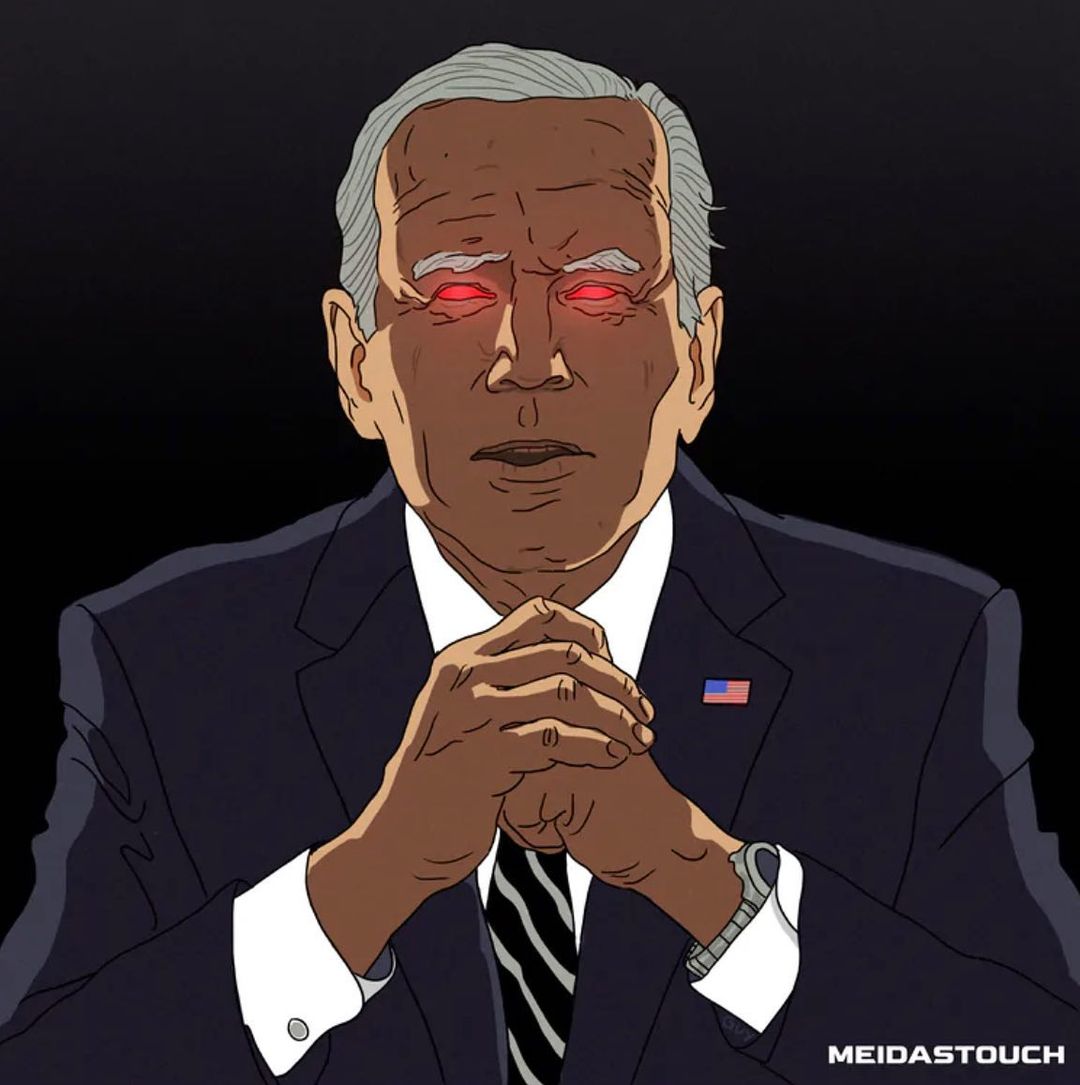 “Donald Trump’s political advisers are in early discussions with Republican campaigns about actively deploying him on the trail this fall, with party strategists placing a risky bet that Trump can boost GOP turnout without repelling moderates and independents who do not support the former president,” the Washington Post reports.

“Trump plans to be more engaged in October than in September, by appearing at rallies, in robocalls and potentially on tele-town halls and at fundraisers, according to a close adviser, who like others interviewed for this article spoke on the condition of anonymity to discuss confidential strategy. Trump’s political team has told others they want to be cooperative and helpful, focusing Trump on rural areas where he has strong support. Talks have included states across the South and Upper Midwest, among others.”

“But the risk is acute that his presence could distract from what the GOP has sought to make its central message of the midterms: that voters should fire Democrats who have presided over rising costs and violent crime.”

MASSACHUSETTS PRIMARY ON TUESDAY. Massachusetts goes to the polls Tuesday for the second-to-last primary night of the 2022 cycle, with polls closing at 8 PM ET for what the Boston Globe characterizes as a “bizarre and mostly sleepy state primary.”

While it originally looked like there would be a crowded Democratic nomination fight to succeed Republican Gov. Charlie Baker, who announced his retirement in December of last year, Attorney General Maura Healey lost her only intra-party opponent in June when state Sen. Sonia Chang-Díaz ended her campaign. Republicans have an unsettled contest between Trump’s candidate, former state Rep. Geoff Diehl, and wealthy businessman Chris Doughty. However, since every poll shows Healey easily beating each Republican, it may not matter much who emerges on Tuesday.

The Democratic primary for secretary of state has been a bit more eventful, but two new YouGov polls for different colleges show seven-term incumbent Bill Galvin well positioned to fend off Boston NAACP head Tanisha Sullivan. The survey for UMass Lowell puts Galvin ahead 56-21, while UMass Amherst shows him fending off Sullivan by a smaller, though still wide, 49-30 margin. The winner should have no trouble prevailing in the fall in this very blue state.

Finally, Democrats have a tumultuous primary to serve as district attorney for dark blue Suffolk County, which is home to Boston and the nearby communities of Chelsea, Revere, and Winthrop. Baker appointed Kevin Hayden in early January to succeed Rachael Rollins, a criminal justice reformer who left to become U.S. attorney for Massachusetts.

Boston City Councilor Ricardo Arroyo quickly announced a challenge, and he earned endorsements from prominent progressives like Sens. Elizabeth Warren and Ed Markey, Rep. Ayanna Pressley, and Boston Mayor Michelle Wu. That quartet, though, all withdrew their support on Wednesday a week after the Globe reported that the challenger was twice accused, but never charged, with sexual assault while he was in high school in the mid-2000s. Arroyo has denied the allegations, but the woman who accused him in 2005 says she stands by what she told the police back then.

MICHIGAN ABORTION REFERENDUM.  On Wednesday, the two Republicans on Michigan’s Board of State Canvassers both voted against their Democratic counterparts to deny certification to an initiative that seeks to amend the state constitution to enshrine a right to abortion and other reproductive health services, creating a deadlock that keeps the measure off the November ballot. Supporters of the measure promptly said they would appeal to the state Supreme Court.

The state Board of Elections had already recommended certification the previous week after proponents had turned in a record-breaking amount of voter signatures, but the GOP canvassers justified their decision to block approval by claiming that missing spaces on some of the lines of the amendment text presented to those voters rendered it invalid. The GOP board members similarly voted to block a voting rights expansion amendment on the grounds that it failed to tell petition signers what sections of the constitution it would amend, and backers of that measure are also appealing.

Michigan’s Supreme Court has a 4-3 Democratic majority, but the Sept. 9 deadline to finalize the ballot is quickly approaching. Should the court end up putting the abortion amendment on the ballot, Michigan Right to Life has reserved $16 million in TV ad time to oppose it.

New York Times: “Perhaps no other state features as many high-stakes, competitive races, each pulsing with political currents shaping midterm campaigns across the country. The open race for governor between a right-wing political outsider and a veteran of the Democratic establishment may determine both the future of abortion rights and of free and fair elections in a large presidential swing state.”

“The personality-driven, increasingly ugly Senate contest — shaped by clashes over celebrity and elitism, crime and crudité, and a candidate’s health — could decide control of the chamber.”

“And in races up and down the ballot, Pennsylvania is poised to test whether the political realignment of the Trump era can hold, after the moderate Philadelphia suburbs overwhelmingly rejected the former president’s brand of politics, while many white working-class voters abandoned the Democrats to embrace him.”

The Cook Political Report downgraded its outlook for Republican gains in the House from 20 to 35 seats to 10 to 20 seats.

“Republicans don’t need gale force winds at their back to reclaim the House; they only need to net a minuscule four seats. By our estimates, they are likely to pick up roughly three seats off the bat from redistricting alone, owing to New York’s top court torpedoing Democrats’ gerrymander and Florida Gov. Ron DeSantis signing a brutal GOP gerrymander into law.”

“That was once a tiny component of Republicans’ potential House gains. Now, it looks like a critical GOP insurance policy in a highly fluid political climate.”

RHODE ISLAND GOVERNOR. Former CVS executive Helena Foulkes uses her new commercial to try to position herself as an alternative to Gov. Dan McKee and Secretary of State Nellie Gorbea, who have been airing negative ads against one another ahead of the Sept. 13 Democratic primary. The audience for Foulkes’ spot sees brief parts of each rivals’ attack ads against the other: Gorbea’s narrator uses the words “criminal investigation” to describe the governor, while McKee’s team says of Gorbea, “She got caught lying.” Foulkes herself then appears and pledges that as governor, she’ll “attack our problems,” especially failing public schools.

NORTH CAROLINA 13TH CD. The Democratic firm Public Policy Polling finds a 40-40 deadlock between Democrat Wiley Nickel and Republican Bo Hines in this 50-48 Biden seat in Raleigh’s southern suburbs. The only other recent numbers we’ve seen came from an early August RMG Research poll for Hines’ supporters at U.S. Term Limits, and it had him up 44-39. (That release also misidentified the Democrat as “Wally Nickel.”)

COLORADO ATTORNEY GENERAL. The Tarrance Group’s aforementioned survey for the Republican Attorney General’s Association shows a 44-44 tie between Democratic Attorney General Phil Weiser and Republican John Kellner, who serves as a district attorney for four counties in or near the Denver suburbs. This is the first survey we’ve seen of this contest.

FLORIDA GOVERNOR. Democrat Charlie Crist announced Wednesday that he was resigning from the House, effective at the end of that day, to focus on his bid to unseat Republican Gov. Ron DeSantis. DeSantis himself quit the House four years ago during his ultimately successful bid, and his constituency remained vacant until the new Congress took office the following January.