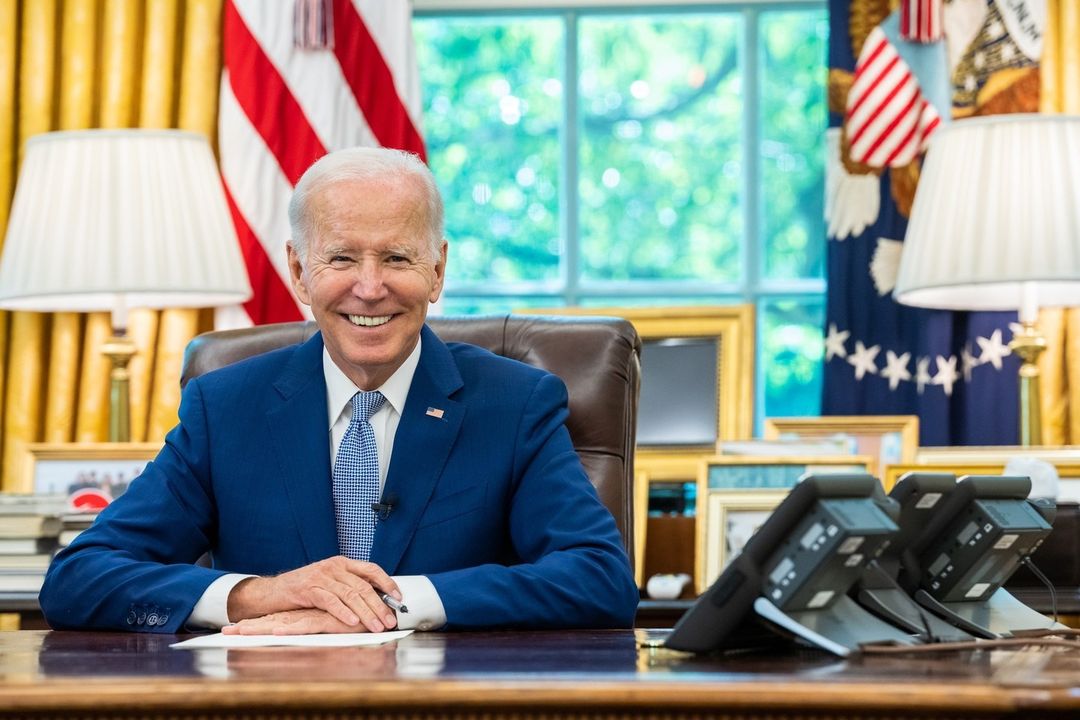 “Within a week of the FBI search of former President Donald Trump’s Mar-a-Lago resort, former White House chief of staff Mark Meadows handed over texts and emails to the National Archives that he had not previously turned over from his time in the administration,” CNN reports.

“Meadows’ submission to the Archives was part of a request for all electronic communications covered under the Presidential Records Act. The Archives had become aware earlier this year it did not have everything from Meadows after seeing what he had turned over to the House select committee investigating January 6, 2021.”

New York Times: “The Republicans’ reaction to Mr. Biden’s speech was remarkable. For years, they stood quietly by as Mr. Trump vilified and demonized anyone who disagreed with him — encouraging supporters to beat up protesters; demanding that his rivals be arrested; accusing critics of treason and even murder; calling opponents ‘fascists’; and retweeting a supporter saying ‘the only good Democrat is a dead Democrat.’ But they rose up as one on Thursday night and Friday to complain that Mr. Biden was the one being divisive.”

Federico Finchelstein at the Washington Post: “President Biden has taken a firm stance on the modern-day threat of fascism: “It’s not just Trump, it’s the entire philosophy that underpins the — I’m going to say something — it’s like semi-fascism.” Biden made this key remark in a speech in Rockville, Md., while launching a push toward the midterm elections. While he stressed the violent nature of Trumpism and its threat to democracy, he was vague about the specifics of what he identified as half-baked American fascism. In fact, when he was later asked to clarify what he meant by fascism, he answered, “You know what I mean.”

Biden is not wrong, but historical definitions of fascism do actually matter. Over the past century, fascism has evolved, as leaders have reformulated its look. While explicit fascism faded from power after World War II, its illiberal ideas survived, often intertwined with various strands of populism. This historical perspective helps us understand how Biden’s term, “semi-fascism,” actually reflects the most recent iteration of a global fascist playbook that has sought to undermine democracy in the United States, Brazil, India and Hungary today.”

Jonathan Weisman at the NY Times: “On Thursday, it was the Republicans’ turn to denounce the divisiveness of a president who was scorning them. The Republican National Committee cast Mr. Biden as “the divider-in-chief” who “epitomizes the current state of the Democrat Party: one of divisiveness, disgust, and hostility towards half the country.”

But at times, the Republican response felt like an extended taunt of “I know you are, but what am I?” Before Mr. Biden’s speech, the man who hopes to be House speaker next year, Representative Kevin McCarthy, Republican of California, also spoke in Pennsylvania, trying to pre-empt a presidential address previewed as an appeal for the soul of the nation by — with little factual basis — turning Mr. Biden’s themes against him.

“The Department of Veterans Affairs, for the first time in its history, will provide abortion services and counseling to veterans in cases of health dangers, rape and incest, even at federal facilities in states that have outlawed the procedure,” the Wall Street Journal reports.

Allahpundit announced that he is leaving the conservative site Hot Air.

“That’s one reason why, when I’ve been forced to choose, I preferred to be a traitor than a propagandist. Here’s another: What is the right’s ’cause’ at this point? What cause does the Republican Party presently serve? It has no meaningful policy agenda. It literally has no platform. The closest thing it has to a cause is justifying abuses of state power to own the libs and defending whatever Trump’s latest boorish or corrupt thought-fart happens to be. Imagine being a propagandist for a cause as impoverished as that. Many don’t need to imagine.”

“The GOP does have a cause. The cause is consolidating power. Overturn the rigged elections, purge the disloyal bureaucrats, smash the corrupt institutions that stand in the way. Give the leader a free hand. It’s plain as day to those who are willing to see where this is going, what the highest ambitions of this personality cult are. Those who support it without insisting on reform should at least stop pretending that they’re voting for anything else.”

And this is perfect: “Lastly, to those who spent the last seven years barking insults at me in the comments for not genuflecting to Trump, I’ll give you this: You’re not phonies. You believe what you say. We have that much in common. I respect honesty and paid you the respect of being honest. It would scandalize you to know how many of your heroes sound like you in public and like me in private. Audience capture has brought most of conservative media to ruin by making it predictable and shrill.”

“Maintaining a large lead, Lula, a two-term former president, would win 45% of the first-round vote, down from 47% in the last survey two weeks ago but the movement fell within the survey’s margin of error. Incumbent Jair Bolsonaro held steady at 32%.”

“Israeli lawmaker Itamar Ben-Gvir calls his Arab colleagues “terrorists.” He wants to deport his political opponents, and in his youth, his views were so extreme that the army banned him from compulsory military service,” the AP reports.

“Yet today, the populist lawmaker who was once relegated to the margins of Israeli politics is surging ahead in the polls ahead of November elections.“

“California took some of its most aggressive steps yet to fight global warming as lawmakers passed a flurry of new climate bills late Wednesday, including a record $54 billion in climate spending, a measure to prevent the state’s last nuclear power plant from closing, sharp new restrictions on oil and gas drilling and a mandate that California stop adding carbon dioxide to the atmosphere by 2045,” the New York Times reports.

“The bills, passed around midnight at the end of a frenzied two-year legislative session in Sacramento, marked a victory for Gov. Gavin Newsom, a Democrat who has sought to portray himself as a climate leader as he has raised his national profile and begun drawing speculation about a possible White House run.”

Washington Post: Why California wants to give residents $1,000 not to have a car.

President Biden plans to sign an executive order this month that could dramatically limit U.S. investments in China, Semafor reports.  Biden is also considering an order which would target services including TikTok by limiting how Chinese internet companies can collect data on U.S. citizens.

“The risk of civil unrest has spiked across the globe as developed nations and emerging markets alike grapple with spiraling inflation and upheaval exacerbated by Russia’s invasion of Ukraine,” Bloomberg reports.

“Of 198 countries tracked in the Civil Unrest Index, 101 showed mounting risk in the third quarter of 2022, according to research collected by intelligence firm Verisk Maplecroft. That’s the biggest increase since the ranking was developed in 2016, it showed.”

“The Pentagon has launched a wide-ranging push to speed up sales of U.S. arms to foreign allies in an effort to better compete with China and refill the arsenals of friendly nations that have given military gear to Ukraine,” the Wall Street Journal reports.

“Japan will upgrade its cruise missiles and research hypersonic weapons as it seeks to significantly increase military spending to counter what Tokyo sees as the rising threat from China,” the Financial Times reports.

“An attorney for the Oath Keepers who was with the group’s founder, Stewart Rhodes, outside the Capitol on Jan. 6, 2021, was arrested Thursday in Texas on charges related to the attack on Congress,” the Washington Post reports.

“Kellye SoRelle, 43, was arrested in Junction, Tex…. on four counts — conspiracy, obstruction of a federal proceeding, tampering with documents and misdemeanor trespassing in a restricted building or grounds.”

A Wisconsin man who publicly bragged about ordering the absentee ballots of a local mayor and a state assembly leader has been charged with two counts of election fraud, Law & Crime reports.

The House Oversight Committee announced it had reached a deal with Donald Trump to obtain his financial records.

“Poland’s top politician said Thursday that the government will seek equivalent of some $1.3 trillion in reparations from Germany for the Nazis’ World War II invasion and occupation of his country,” the AP reports.

“Germany argues compensation was paid to East Bloc nations in the years after the war while territories that Poland lost in the East as borders were redrawn were compensated with some of Germany’s pre-war lands. Berlin calls the matter closed.”