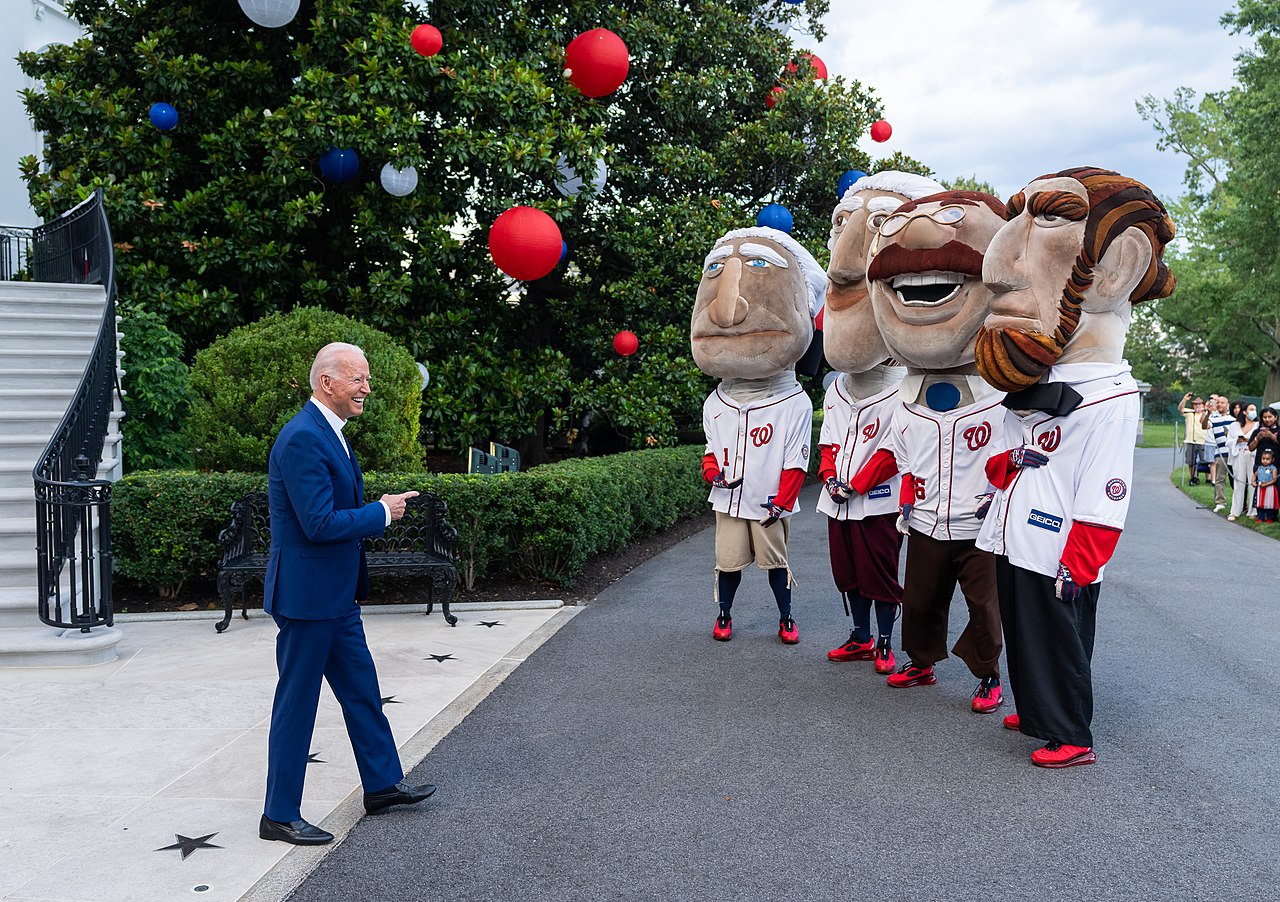 “Democrats are voicing growing confidence about limiting losses in the House and potentially even salvaging their majority in the midterm elections, with candidates and allied groups making moves to capitalize on a backlash to abortion restrictions, signs of improvements in the economy and opposition to Donald Trump,” the Washington Post reports.

“After months of gloomy predictions, Democrats are investing anew in flipping Republican seats. They are also directing more money to protect a roster of their own endangered incumbents — a list party officials said noticeably shrank since the spring. And they are trying to frame contests around abortion rights, putting Republicans on the defensive for strict opposition to the procedure in the wake of the Supreme Court overturning Roe v. Wade.”

Dan Balz: Trump is turning the midterms from a referendum into a choice.

NEW HAMPSHIRE U.S. SENATOR. New York Times: “He has said the state’s popular Republican governor is ‘a Chinese Communist sympathizer,’ called for the repeal of the 17th Amendment allowing direct popular election of senators and raised the possibility of abolishing the F.B.I.”

“The man behind these statements is Don Bolduc, a retired Army general who leads the Republican field in what should be a competitive race for the New Hampshire Senate seat held by Senator Maggie Hassan, a Democrat.”

“In one primary after another this year, Republican voters have chosen hard-right candidates who party officials had warned would have trouble winning in November, and Mr. Bolduc could be on course to be the next.”

“The Senate Leadership Fund, which is aligned with Minority Leader Mitch McConnell, is scrapping roughly $8 million in ads — about half of its initial Arizona reservation — that were supposed to start in the early fall. The group’s ads are now set to begin in early October.”

PENNSYLVANIA GOVERNOR. “Doug Mastriano, the far-right Republican nominee for governor of Pennsylvania, wore a Confederate uniform for a faculty photo at the Army War College that surfaced on Friday,” the New York Times reports.

GEORGIA GOVERNOR and U.S. SENATOR. “Four years ago, Georgia Democrats had a contested primary for governor because the party old guard didn’t believe in Stacey Abrams. She blew away the elders’ alternative and, in a close general election loss, established herself as de facto party boss in a newfound battleground,” the AP reports.

“That previewed 2020, when Joe Biden put Georgia in Democrats’ presidential column for the first time in 28 years, while Raphael Warnock and Jon Ossoff captured two Senate seats in early 2021 to give Democrats control on Capitol Hill.”

“Now Abrams and Warnock top the Democratic ticket together for the first time as the party tries to replicate its success in a tough midterm election landscape. The outcome will again help determine Senate control in Washington and whether Republicans continue to dominate state government in Georgia.”

HALEY 2024. “Many of the GOP’s biggest donors are among those who funneled anonymous contributions to former U.N ambassador Nikki Haley’s nonprofit as she lays the groundwork for a prospective 2024 presidential bid,” Politico reports.

“The California Democrat on Thursday tweeted that he was pledging $100,000 to make DeSantis a “one-term governor” and he called on his supporters to donate to Crist, who won the Democratic nomination to be Florida’s governor on Tuesday.”

At least since Nixon.

NORTH CAROLINA U.S. SENATOR. Politico: “Even as Wisconsin and Pennsylvania are seen as the best pickup targets for Senate Democrats this cycle, the party is not taking North Carolina off the board.”

“We got a glimpse of a new ad from a group associated with the Democratic-led Senate Majority PAC, a $750,000 buy that follows roughly $2 million in previous spending.”

Sam Wang: “From press coverage, you might think that partisan gerrymandering is the worst it’s ever been. But a look at the data suggests that at a federal level, the problem is actually getting better – enough to make a difference in Congress.”

“All that coverage tends to overlook the gains that reformers have made in the last decade at the level of individual states.”

Republican National Committee spokesperson Paris Dennard is no longer working for the party, CNN reports. In a statement on Twitter, Dennard said his time at the RNC had “come to an end, and I respect their decision.”

“The Supreme Court ruling overturning Roe vs. Wade and ending the nationwide guarantee of abortion rights achieved a goal the Republican Party had pursued for more than four decades. Now, the bill has come due, at a price much higher than many Republicans expected,” the Los Angeles Times reports.

“Since the ruling in June, Democrats have done significantly better than expected in special elections, culminating Tuesday with a victory in a race for a vacant congressional seat in upstate New York that strategists on both sides thought the Republican would win.”

“Combine those results with polls that show Democratic Senate candidates leading in a half dozen swing states plus a surge of women registering to vote this summer in several states, and you have the evidence that has caused nonpartisan analysts to drastically scale back their expectations for GOP victories this fall.”